Ultimate Gaming League and Antares Gaming have teamed up to launch esports events where professional gamers and influencers mix it up with former and current NFL stars and celebrities.

The league will support four franchises at the outset. Their names are Da Fam Gaming, Ochocinco Gaming, 4 Brothers Gaming, and Glitxh Gaming. But there’s an interesting twist to the esports matches.

For the first time, gaming teams can invite their millions of fans to join the team, not just watch the team, said Antares Gaming CEO Dushan Batrovic in an interview with GamesBeat. Once fans are selected to join, they will have an opportunity to showcase their content on a bigger stage and earn exclusive rewards such as gaming time with their favorite athletes and celebrities.

“The concept here is to unify gaming and pop culture,” Batrovic said. “That’s the core of what we are doing, and we are launching our first four teams.”

The launch of the franchises will culminate in a draft on Monday, December 21, where the captains of each team will draft members to their semi-pro gaming teams that will compete in ongoing seasons of Call of Duty, NBA 2K, Madden NFL and FIFA. The teams will bring influencers into the mix, helping to spread the word as they spar with the pros and the celebrities and athletes. While the athletes may or may not be as good as the esports pros, they can certainly help the league generate huge audiences, Batrovic said. 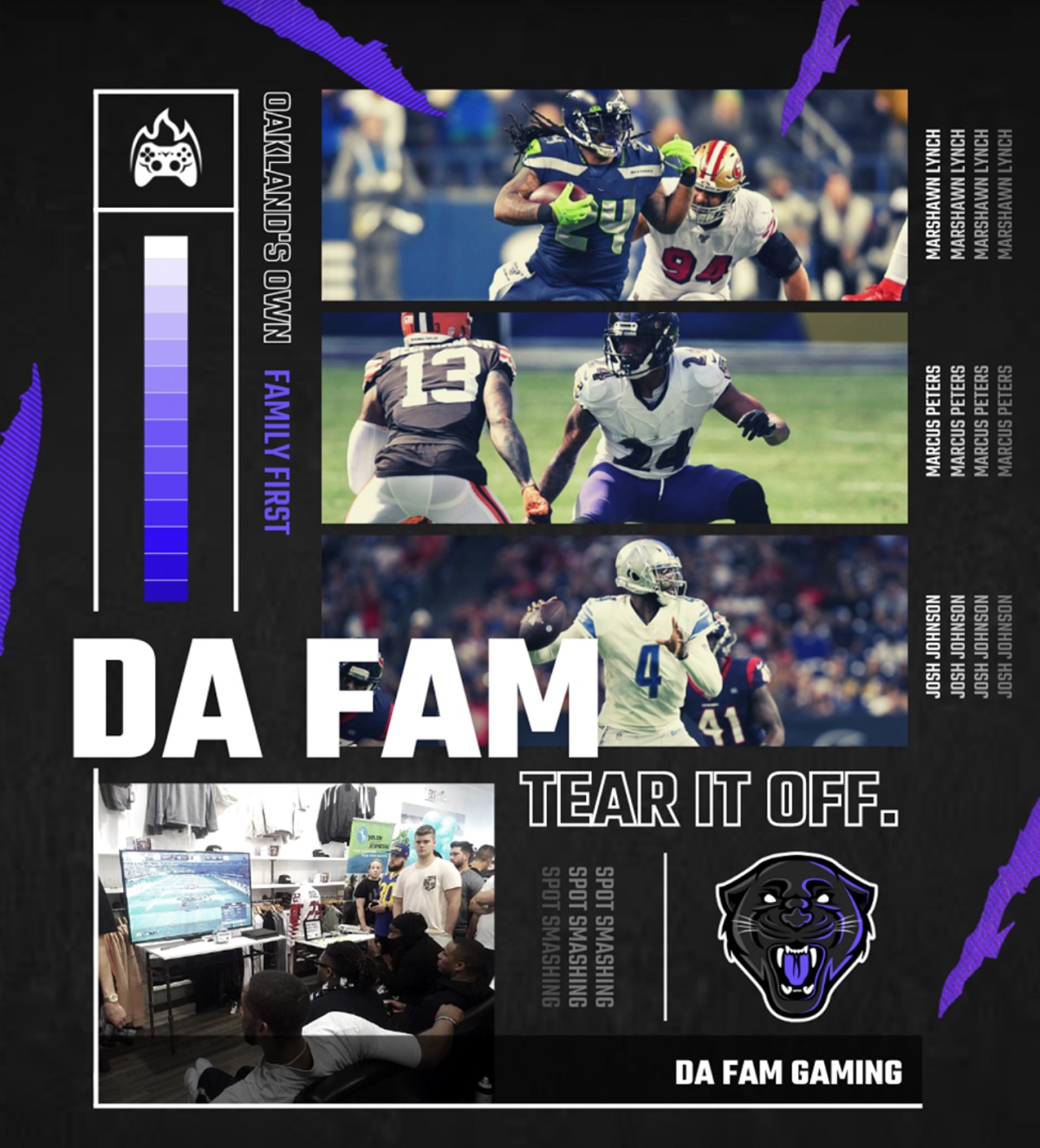 Above: Da Fam is one of the Ultimate Gaming League teams.

“The way the esports and gaming industry is structured has always left me with questions,” Batrovic said. “And a lot of traditional sports money is coming into esports, so esports is trying to mimic that structure with franchises based in cities. But that’s not what this is. What our tech does is allow someone to relate to thousands of influencers or content creators who are streamers. We can create gaming teams for celebrities, personalizing them to fit their own values and beliefs. And then we recruit this team of streamers to create content around this team. You can then get some amplification that a typical celebrity team doesn’t usually get.”

Da Fam Gaming is led by captain and San Francisco 49ers quarterback Josh Johnson and running back Marshawn Lynch. Also joining Da Fam Gaming is Baltimore Ravens cornerback Marcus Peters and Pro Madden player BAM. Johnson serves as chief athlete officer of UGL. In an email to GamesBeat, Johnson said, “I game as a hobby in my free time and love to be a part of economic and social growth around things I have a passion for. The concept sold me because of the tech, athletes, and creators working together to create a unique gaming experience.”

Johnson said he plays every day, unless he’s in training during the season. He plays Madden NFL, NBA 2K, and Call of Duty. He’s also playing Ghost of Tsushima at the moment. 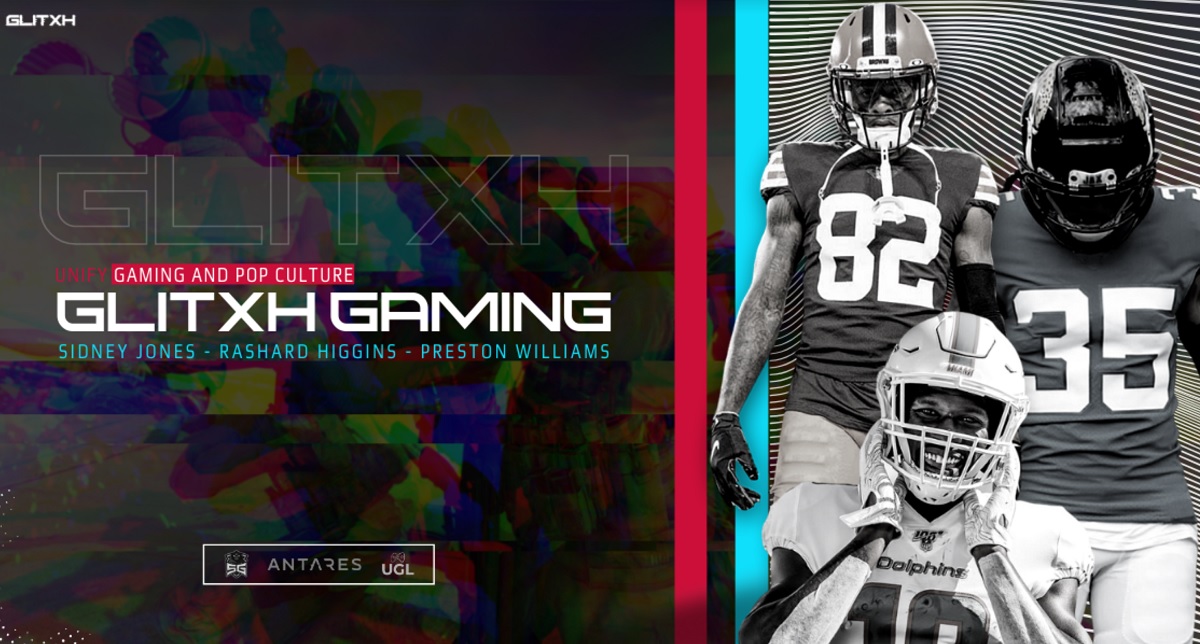 “I hope these franchises and our league will be a place that creates long-term branding empowerment for all involved, that our community can plug into and generate economic opportunity,” Johnson said. “The goals for the team are to create great content for fans, win our competitions, and always continue to grow.”

Sidney Crosby is the captain of Glitxh Gaming and is joined by NFL wide receivers Preston Williams (Miami Dolphins) and Rashard Higgins (Cleveland Browns). Also joining the team is BasicallyIDoWrk, a celebrity gamer and streamer.

Players from around the world have the opportunity to be drafted for competitive spots on each team and earn prizes and incentives by participating in team activities. All spectators, gamers and content creators are invited to be active participants on their favorite squad.

Each franchise is recruiting their army of influencers which will officially kick off with the first franchise event – the Call of Duty Deathmatch Pros vs. Joes tournament featuring 16 NFL athletes and the UGL gaming community on Tuesday, December 15. 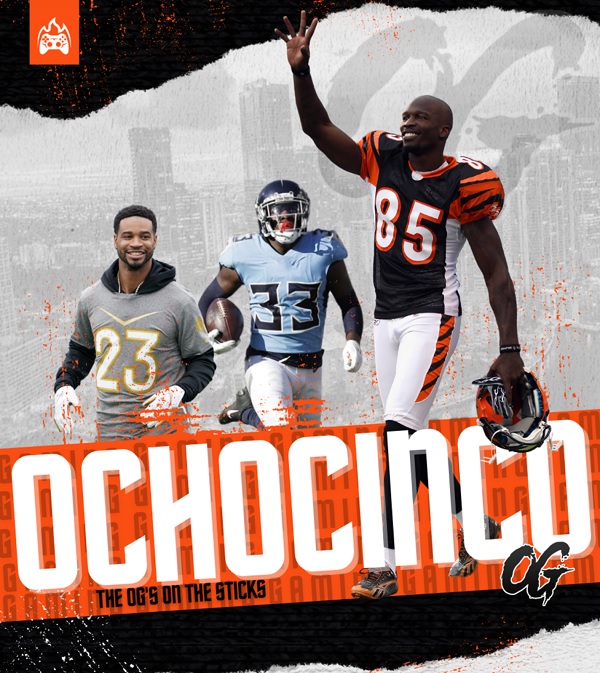 Above: Ochocinco Gaming is a franchise in the Ultimate Gaming League.

UGL is based in Oakland and it is a startup esports media company powered by Antares Gaming, a novel celebrity-driven franchise-building organization, and Opera Event, an Oakland-based influencer management platform. Antares Gaming builds gaming and esports teams for celebrities to help them engage with millions of fans through gaming.

Batrovic said he was inspired recently when Congresswoman Alexandria Ocasio-Cortez (D-New York) played Among Us and drew a crowd of more than 400,000 concurrent viewers.

“They didn’t watch for the skill,” he said. “They watched because she could relate to people.”

Fans who participate can earn points that can be redeemed for rewards.

Batrovic said it took time to form all of the partnerships for the league. But he is hopeful getting attention won’t be hard.

“We’ve got 2,000 content creators who are going to be sharing the events with their fans, on top of the celebrities and athletes,” Batrovic said. “We’re calling it our army of influencers.”

Antares Gaming is in Toronto and it is self-funded.

“The athletes turned on their Twitter, Instagram, and Facebook accounts a decade ago, and now they will all be turning on their gaming accounts,” Batrovic said. “It’s going to be a much bigger segment.”

Batrovic said the company is in discussions with TV networks to get airtime for the events.

Related posts:
12/09/2020 eSports Comments Off on Antares Gaming and Ultimate Gaming League team up to mix pro gamers and NFL stars in esports matches
Hot News
Assassin’s Creed Valhalla: Where To Find All Of Order Members From The Wardens Of Faith Branch
Pokemon: How To Breed Shiny Pokemon With The Masuda Method
The Last Of Us HBO Series Finds Replacement Director
Final Fantasy 14’s Marathon Livestream Delayed, But News Broadcast Will Continue
Nogh wins Project+ Singles at Frame Perfect Series 4: Online
Recent Posts
This website uses cookies to improve your user experience and to provide you with advertisements that are relevant to your interests. By continuing to browse the site you are agreeing to our use of cookies.Ok