The clues seem to keep on coming regarding the next character in Apex Legends. Originally, this character was discovered in the PC files of the game with a list of abilities and an image. However, we then saw a glimpse of her in the Season 4 cinematic trailer, as you see above. If you’re unaware, we’re talking about Loba, or Rosie as some may know her by. Loba is said to have the tracking abilities of a wolf. Now there are some new leaks regarding Loba that possibly show off her in-game animations.

Within Season 4, we’ve seen Respawn implement various clues about Loba. While these aren’t confirmed, the hints certainly seem real. The cinematic trailer also gave us some confirmation on Loba’s wolf-like abilities with the image below.

Today some more evidence for Loba surfaced in the files of Apex Legends. Dataminer @iLootGames made a YouTube video on the potential animations the character will use in-game. 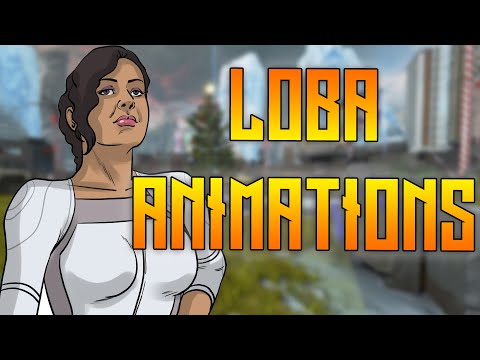 As iLootGames explains, the animations you see in the video relate to Loba’s abilities. According to the files, she will feature a teleportation disc, which the animations back up. The way this is viewed is similar to Wraith’s animation when opening her portal.

The teleportation item will presumably enable Loba to teleport to wherever the player throws the disc. So, if you’re in a tight spot on top of a building, you can throw the disc down to the ground level and immediately teleport there.

Loba sounds like one of the more interesting characters in Apex Legends if the leaks are correct. However, we’ve seen datamined information be incorrect before, so fans shouldn’t get their hopes up until we see actual gameplay, which could either be in Season 4 or at the start of Season 5.

Make sure to keep up with Daily Esports for all Apex Legends news.