Another year, another test for the most consistent franchise in League of Legends history. 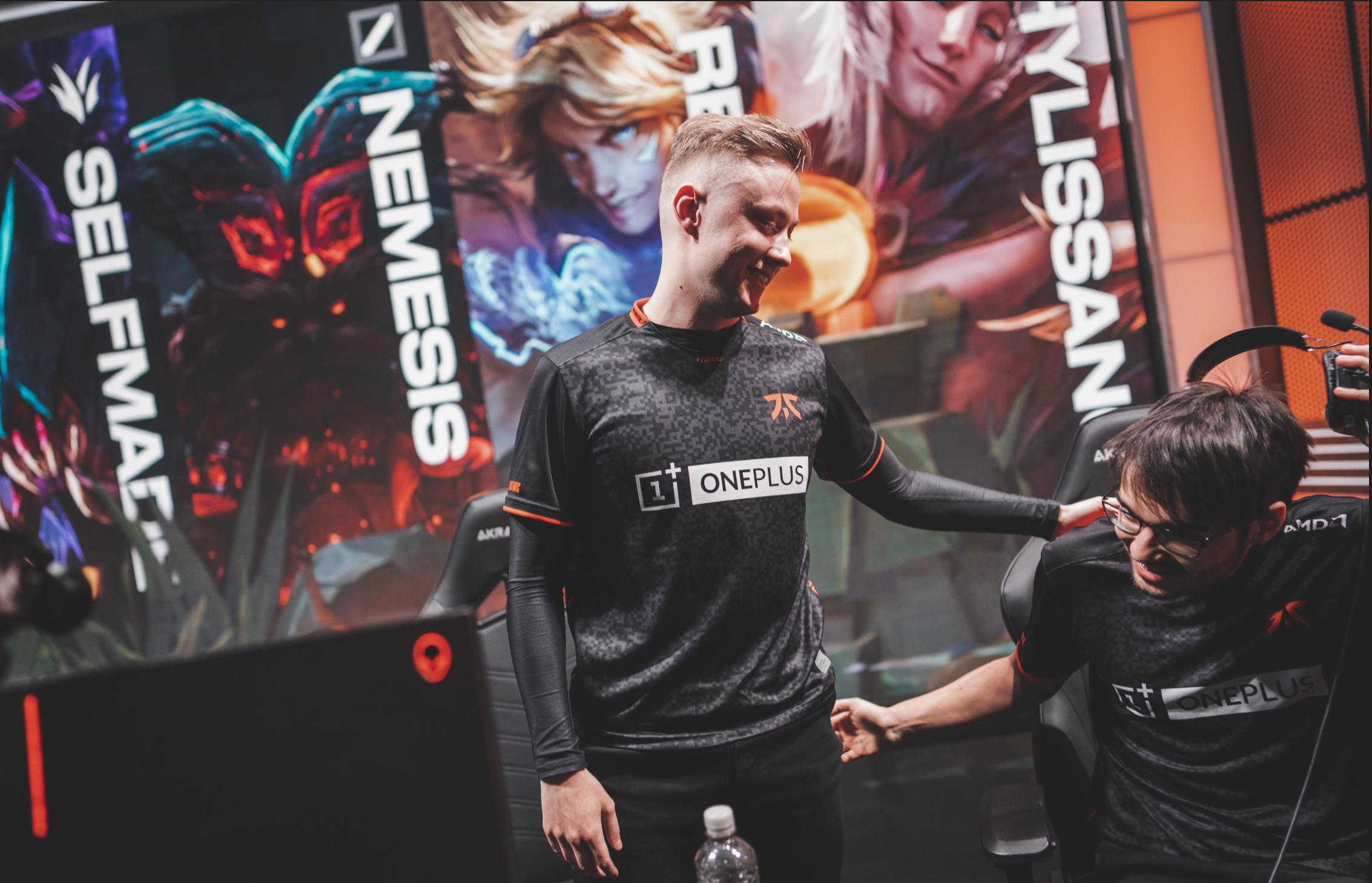 Despite the ever-changing landscape of the League of Legends professional scene, there’s one team that’s seemingly always adapted and stayed totally present over the entire course of the game’s history: Fnatic.

From winning the World Championship all the way back in 2011 to finally reaching the grand finals again in 2018, Fnatic is the perfect definition of a team that’s found success on both the domestic and international stages throughout the entirety of League’s lifespan. In fact, 2020 will mark the team’s eighth appearance at Worlds, which ties them North America’s TSM for the most appearances all-time.

Throughout the last decade, Fnatic has put together a record of 38-18 at the World Championship (a 68-percent winning percentage), one of the strongest marks of any professional team to consistently play at the tournament. Only T1 and its 86-percent winning percentage over 43 matches at Worlds (37-6 match record) can truly compare to Fnatic’s run.

Numbers aside, though, what’s impressive about Fnatic at Worlds is that year in and year out, the organization always looks like it’s a lock to perform well. Each time the year’s final tournament rolls around, Fnatic is always in the discussion to make waves.

And it does. Fnatic has reached the quarterfinals at Worlds in four straight appearances—a streak that dates back to 2015.

Perhaps that’s due to the strong combination of history and talent that the team has always brought to the table. Regardless of any roster that it’s competed with, whether it was spearheaded by a superstar like xPeke or Rekkles, Fnatic has seemingly always brought elements of raw talent, international prowess, and untapped potential to Worlds year after year.

At last year’s tournament, Fnatic were knocked out in the quarterfinals by eventual champion FunPlus Phoenix. This time around, the organization has brought back a nearly identical roster, only losing its former jungler Broxah to free agency after last season. But for the team as a whole, this year’s appearance at Worlds is about so much more than redemption for last season’s early exit. It’s about proving the point that the team is still in the discussion surrounding European powerhouses. 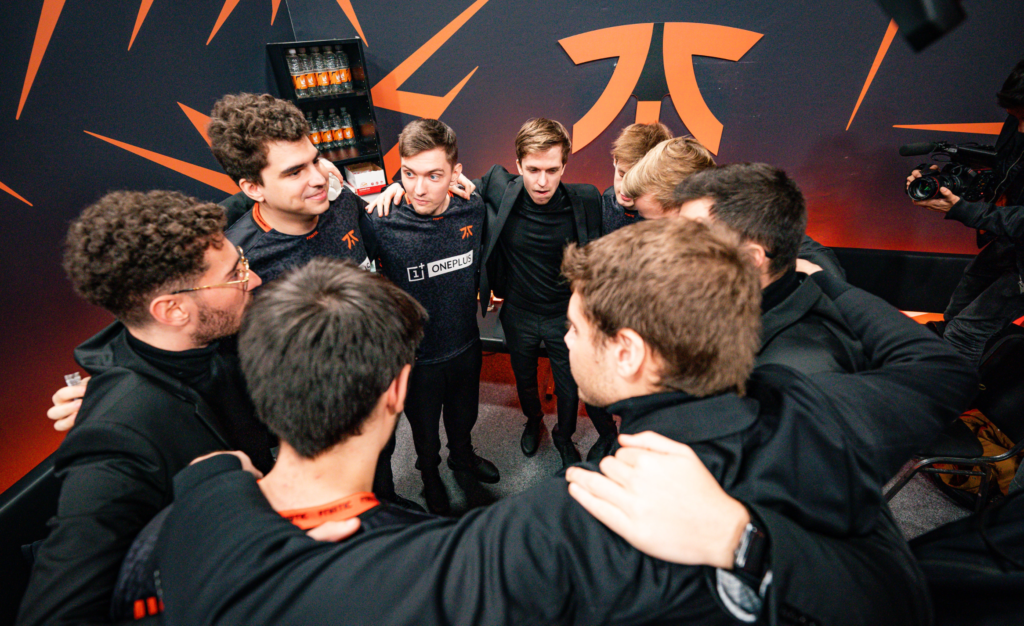 For the better part of the last few years, Europe has been emerging on the international stage as a genuine contender for a World Championship. And even though Fnatic reached the grand finals at Worlds just two years ago, the dynamic of the discussion has shifted entirely to G2 Esports, a team that’s universally favored to perform well and perhaps win this year’s tournament.

Practically overnight, Europe moved its focus from one team to another. The spotlight was dramatically turned away from Fnatic and toward G2 within a matter of months. And frankly, there’s one person to blame.

Caps is one of the best League players in the world. After bursting onto the scene in 2017, he quickly made a name for himself as a promising young piece of talent that Fnatic could build around for years to come. Like xPeke and Febiven before him, Caps is a mid laner with a high ceiling and lightning-strike playstyle. Even in his first season, he was more than a diamond in the rough. He was a priceless jewel.

Caps played a major role in Fnatic’s run to the Worlds quarterfinals in 2017, as well as back-to-back LEC championships in 2018. Over the course of those two years, Caps brought Fnatic 127 wins but ultimately fell three short when the team got swept by Invictus Gaming in the season’s final series.

Still, regardless of the outcome, the future looked bright for Fnatic. With young stars like Caps, Broxah, and Bwipo lining the roster, and veteran players like Rekkles and Hylissang holding down the bottom lane, it genuinely looked like the organization had found the perfect mix of young, excitable talent and reliable, consistent veterans.

And then Caps went to G2 in free agency.

With a snap of his fingers, Caps singlehandedly changed the entire narrative surrounding the LEC. Fnatic immediately looked like a question mark without its best player and G2, on the flip side, became a bonafide international contender.

If Fnatic are going to flip the script and re-enter the discussion surrounding the best teams in the world, they’ll have to topple over G2 at this year’s tournament. Above all else, the team needs to prove that it can accomplish just as much without Caps. Although the bright young mid laner certainly contributed to Fnatic’s success in 2017 and 2018, focusing on the present and proving that the team can reach great heights without him is going to be a definitive goal for Fnatic at Worlds 2020.

There’s no getting around the fact that G2 stole hope away from Fnatic after the 2018 World Championship. To reverse things around, Fnatic will have to place higher than G2—plain and simple. They weren’t able to do so during the domestic portion of the season, but at Worlds, there’s no escaping destiny.

With a chance for redemption and revenge on the table, Fnatic will look to move past the “Caps Curse” and secure a spot at the pinnacle of professional League. 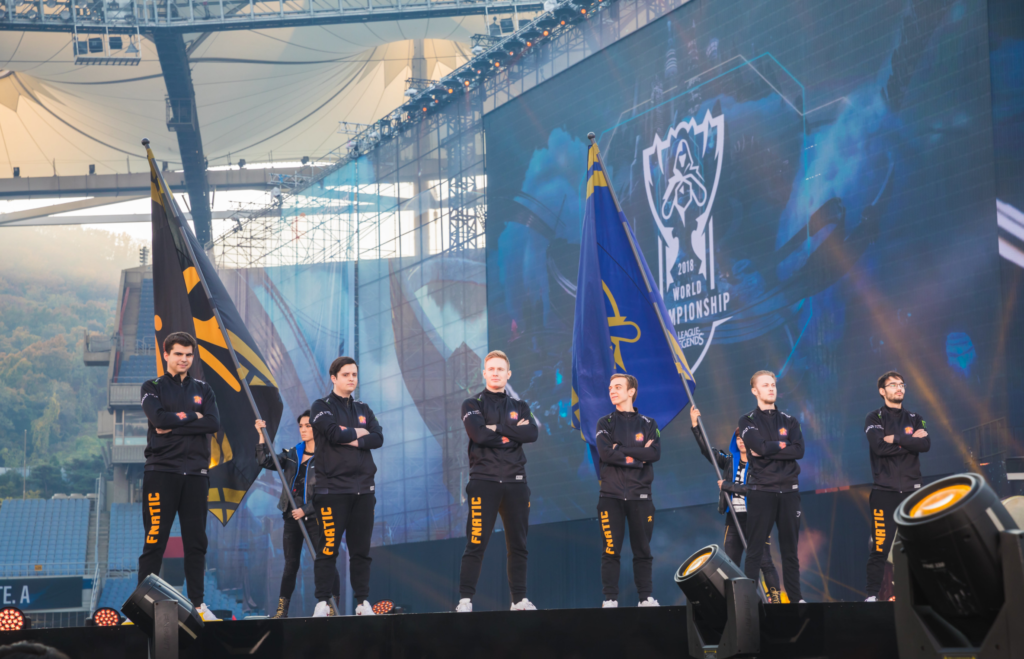 Just last year, Fnatic reached the quarterfinals at Worlds. And this time around, it wouldn’t be too stunning to see the team move on past the group stage once again. Who knows, if the draw had gone a bit differently in 2019, Fnatic might not have been forced to face FPX and a deeper run into the tournament could have been a possibility.

Although Group C is stacked with longtime Worlds veterans like Gen.G and TSM, Fnatic can easily stand shoulder to shoulder with its competition. With a core of internationally-seasoned veterans like Bwipo, Rekkles, and Hylissang on tap, Fnatic is just as experienced as any of its counterparts. Big names shouldn’t strike fear into a team that’s been here before.

Since Bwipo, Rekkles, and Hylissang all began playing together on Fnatic in 2018, the team has made the World Championship in three consecutive years, posting a total record of 17-10 over 27 games. Rekkles has been in the picture for Fnatic much longer than his two aforementioned veteran counterparts, though. The 2020 World Championship marks his sixth appearance at the tournament. For him, this year is more about sealing the deal and proving that his relevance is still a major point of discussion.

Even in his seventh full competitive season, Rekkles is a force to be reckoned with. Debates about whether he’s still “in his prime” can be put to bed quickly by the 7.3 KDA and 472 DPM he posted over the course of Fnatic’s 67 games in 2020, according to gol.gg.

And after reaching the quarterfinals in four consecutive Worlds appearances, Rekkles and Fnatic should be itching to break through in 2020 and prove that the team is just as strong as any of its contemporaries. Being consistently decent isn’t going to be enough for a team that’s come so close to bringing home another Worlds title. 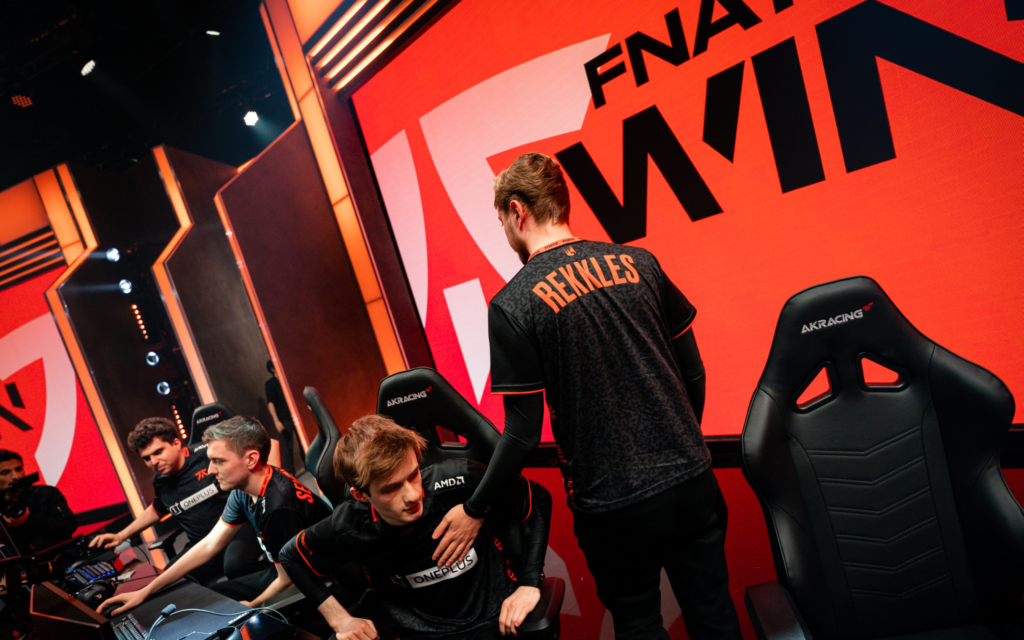 Every year, it feels like Fnatic has a chance to achieve greatness at the World Championship. This year, the 10th installment of Worlds, marks the eighth time that Fnatic will be present. The franchise only missed out on the year’s final tournament in 2012 and 2016. But now, in 2020, as the professional scene enters a new decade, Fnatic has the opportunity to assert itself as one of the most historic teams of League’s first 10 years and an early contender in its next 10 years as well.

Year after year, it looks as though the team will be able to chalk up another title if certain pieces of the puzzle fall into place. And now, a core of veterans and younger players is together in what could be the first test for a Fnatic roster that’s dying to emerge from the shadows.

The theme of “Western emergence” has dominated the discussion when it comes to teams like Fnatic, G2, and many North American squads for years. Questions like “when will the West finally win a title?” have been bouncing around the professional League landscape for the better part of the last decade. And although plenty of teams have come close in recent memory, there’s simply no better time for teams throughout the West—just like Fnatic—to break out in spectacular fashion. The world is in an ever-changing scenario where all four major regions are getting closer and closer together on a talent spectrum that’s favored Eastern teams for seemingly forever.

Worlds 2020, though, could be a prime opportunity for the West to make a definitive statement and break that spectrum completely. Fnatic, and all of its contemporaries, have the chance to develop a narrative that shoots down the idea of the LPL and LCK dominating the international scene for years to come. If the idea of Western hope is floated around this tournament, it’s going to be because teams like Fnatic have the performances to back up the notion.

The fate of the West is contingent on big-name teams like Fnatic stepping up when it matters most. As one of the most historic teams in League history, this year’s World Championship is going to be a key moment for an organization that’s helped to define the esport over the years.

Perhaps Fnatic can kick off this decade of professional League the same way it did the last one—with a World Championship title.

Related posts:
10/02/2020 eSports Comments Off on At Worlds 2020, Fnatic searches to earn back its seat at the table of powerhouses
Hot News
Ghost of Tsushima Legends Raid release time and PS4 launch update
WoW Shadowlands Launches Thanksgiving Week, Those Poor Developers
Torchlight 3 Celebrates Halloween With Gear ‘N’ Goblins Update
WoW Shadowlands new release date revealed and its great news for World of Warcraft fans
Xbox Games With Gold November 2020 Free Games Revealed
Recent Posts
This website uses cookies to improve your user experience and to provide you with advertisements that are relevant to your interests. By continuing to browse the site you are agreeing to our use of cookies.Ok