It’s almost a tradition in Call of Duty to have at least one insanely difficult camo challenge in multiplayer. Last year in Modern Warfare, the “mounted kills” challenge was the one the community had the most disdain for. However, this year with Black Ops Cold War, fans have taken issue with a new challenge. Mainly a problem for players going for Gold camo on assault rifles, this particular challenge is within the Science category. This category is also home to the Point Blank kills on SMGs and shotguns, which we covered earlier. For today though, we’ll be going over how to complete the “Shoot and Kill” camo challenge in Black Ops Cold War. This challenge requires shooting and killing enemies who are taking cover from you.

The official description for this camo challenge reads “Shoot and kill 50 enemies taking cover from you in Multiplayer.” Upon reading this for the first time, players didn’t know exactly what to make of it. From the initial sound of it, it seemed like all you had to do was kill enemies who were behind some kind of cover.

Unfortunately, the challenge is much harder to complete than in theory. Yes, the enemies you kill need to be behind cover. However, the problem is that the enemy needs to only have one part of their body showing. Usually, this means only their head or head/shoulder can be peeking out from cover.

While not confirmed, this challenge looks to be slightly bugged in Black Ops Cold War. Sometimes, you can shoot at an enemy who only has their head poking out and that kill still won’t count for the challenge.

Nevertheless, the only real method for expediting the completion of this task is to find cover yourself. You need to be aiming at a spot on the map that an enemy is likely to peek. For example, the windows on Armada Strike are perfect for this. Simply go into either the back of the boat or the middle of the boat and look at the opposite end. Enemies are sure to stick their heads out of either window and this is when you need to kill them. COD professional Sam “Octane” Larew recently went over some spots you can use for this challenge (5:05 time stamp in video). 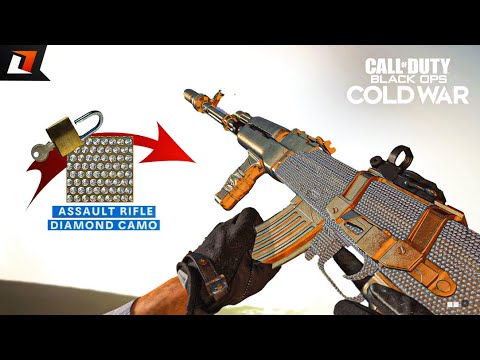 We recommend equipping a high-magnification scope, extra-bullet magazines, and accuracy-boosting attachments. Once you have that on your desired gun, simply look at a spot on any map and hope an enemy sticks their head out for a split second.

Make sure to stay tuned to Daily Esports for all Call of Duty news.

Related posts:
11/29/2020 eSports Comments Off on Complete the ‘Shoot and Kill’ camo challenge in Black Ops Cold War
Hot News
buy generic clavamox online no prescription
Top Horror Games Coming In 2021
Games with Gold price update: Xbox owners get triple dose of great news
buy valtrex online no prescription usa
Cyberpunk 2077, Yakuza, And Nickelodeon Kart Racers Headline GameStop Pro Day Sale
Recent Posts
This website uses cookies to improve your user experience and to provide you with advertisements that are relevant to your interests. By continuing to browse the site you are agreeing to our use of cookies.Ok