The partnership follows on from a previous arrangement made between DreamHack and Psyonix for 2020’s Rocket League Championship Series. 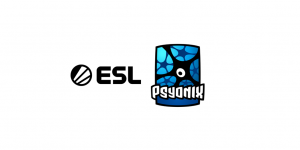 As the series’ esports partner, DreamHack and ESL will collaborate to operate RLCS competitions and produce its official broadcasts. The two entities will also support the title’s return to live events, with the first Major of RLCS Season 2020-2021 to be hosted in Stockholm, Sweden as a players-only event.

Michael Van Driel, SVP of Game Management at ESL Gaming, commented: “Rocket League is one of the fastest-growing properties in esports and we’re proud to partner with Psyonix to support its continued growth.

“We’ve been big believers in Rocket League Esports since day one, and we are really excited to take the next steps in our collaboration with Psyonix to help create the highest possible quality of competition for fans and teams around the world.”

The partnership will also focus on bringing RLCS competitions to more regions, including MENA, APAC and Sub-Saharan Africa. Additionally, DreamHack and ESL will support Psyonix in the commercialisation of the Rocket League Championship Series.

According to the release,e both entities will help bring new opportunities for brand engagement and partnerships, as well as bring in new media partners to expand the RLCS’s reach.

The collaboration between DreamHack and Psyonix stems back to 2017 when DreamHack entered into the Rocket League esports and hosted two large scale competitions. Moreover, the two companies also launched the DreamHack Pro Circuit in 2019.

Esports Insider says: Psyonix has recruited two of the biggest events organisers in esports for its new RLCS season. Besides providing top-notch event organisation services, DreamHack and ESL should be able to boost RLSC’s reach to new and existing audiences, while also helping Psyonix expand to less-explored esports ecosystems.