Fortnite Patch v12.10 is here, and it came along with some minor changes and a brand new item.

Fortnite Chapter 2 Season 2 received its first patch since releasing on February 20th. The famous Battle Royale title saw minimal changes last season, and Epic Games is setting the stage for more frequent updates this time around. As per usual, the general Fortnite fandom either responds well to these updates or criticizes them into oblivion. It will take some time to understand the weight of these changes, so it’s important to reserve judgment. With no patch notes available yet again, let’s take a look at what’s new with patch v12.10.

Some pre-season leaks indicated that Proximity Mines would find their way into Fortnite: Battle Royale and they have arrived. From the first look, it appears that Proximity Mines explode when opposing players come close, dealing 50 damage and will display that player’s location through walls. This item could have some interesting competitive implications for tunneling and tarping. Players, in theory, could protect themselves by laying mines down as they are rotating to ensure that opposing players have trouble firing on them from behind. With the number of new items added in Chapter 2 Season 2, we will have to see what, if anything, professional players will decide to do with Proximity Mines. 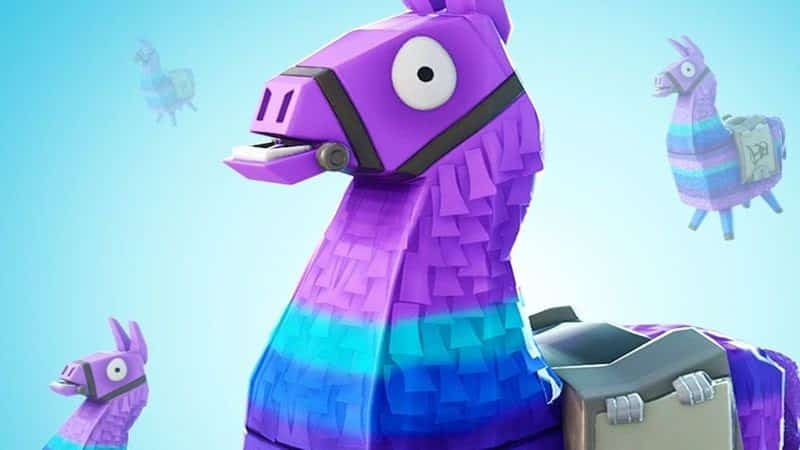 One of the more odd decisions out of the Fortnite developers this season was the removal of Loot Llamas. Not many people complain about them as only a small handful spawn across the entire landscape. These are useful if stumbled upon as they provide players with extra materials, healing items, and even launch pads. No real reason existed for their removal, so it’s refreshing to see that llamas have made their triumphant return. Chapter 2, Season 2, brought back one of the more controversial weapons in Fortnite history. The Heavy Sniper Rifle is extremely powerful and can ruin a player’s game with one precise headshot or body shot depending on the health situation of the target. At first, Heavy Snipers would only drop from chests located in the new Agency points of interest. Now, reports are that NPCs at The Grotto walk around with Heavy Snipers in hand. If these weapons spawn as often as reported, competitive players will need to prioritize accordingly and carry one purely for their power and effectiveness both from long range and when pushing a player’s builds.

As stated before, it’s crucial to temper expectations with all new updates and patches to Fortnite. Patches often provide necessary changes gameplay-wise, and in the past, Epic has added and removed items without cause or reason. One of the brighter spots of this patch is that FPS seems to have improved significantly. Performance issues have plagued the launch of Chapter 2 Season 2 and the developers are working hard to right the ship. Nonetheless, Patch v12.10, at the very least, will provide something new to experiment with for both casual and competitive players.

Related posts:
03/04/2020 eSports Comments Off on Fortnite: What’s New with Patch v12.10?
Hot News
citalopram pizotifen
10 Best Co-op Games On The DS & 3DS
The Biggest Gaming News For May 18, 2022
League Of Legends: Everything You Need To Know About Challenges
How optimized object recognition is advancing tiny edge devices
Recent Posts