The Overwatch League (OWL) announced the Hero Bans for week 15 after the games last night, and it looks like we won’t be seeing Mei, Tracer, Orisa, or Moira next weekend. Here’s how each of these bans might impact the competitive meta.

Stratus might have retired, but he wasn’t the only big Mei player in the OWL. Mei is always a popular pick on maps with tight chokes like Hanamura. Without her, players will most likely just pick the new and powerful Echo. There is always the chance that teams will play double hitscan, too, with McCree, Ashe, and Widowmaker all on the table.

Players have only been choosing Tracer in the OWL when Heroes like McCree, Widowmaker, and Ashe aren’t available. This ban won’t have a massive impact on the games, but players will have to choose something other than Tracer and Mei when it comes to stalling. Doomfist will likely be the Hero to pick in situations where stalling is necessary.

So far in the 2020 OWL season, Orisa has taken a back seat to Reinhardt. While she has seen some play alongside Roadhog or Sigma on certain maps like Ilios, her ban isn’t likely to impact the games very much. Expect to see more Reinhardt, D.Va, Zarya, and Winston next weekend.

Moira has split the job of the main healer with Ana in 2020. Without her, expect to see Ana in almost every OWL game in Week 15. She will likely be paired with Lucio or Brigitte as her off-healer. This ban shouldn’t make too much of a difference overall as most main healers are competent Ana players. 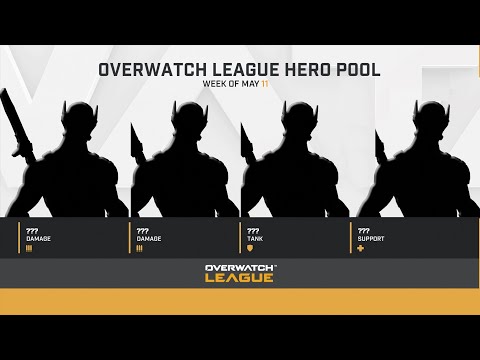 Overall, the Hero Bans for Week 15 aren’t very impactful. Mei and Moira are the only Heroes that have seen any consistent play, and they are easily replaced in the current meta. Either way, we can hope for some exciting games over the weekend.

Related posts:
05/11/2020 eSports Comments Off on How the OWL Week 15 Hero Bans will impact the meta
Hot News
Games Inbox: Do you want a Last Of Us remake on PS5?
Outriders guide: How to choose the best weapon
Sea Of Thieves: A Guide To Bounty Skulls
Crash Bandicoot 4 Gems, Hidden Crates and Flashback Tapes: WumpaLewis gives his top tips
Assassin’s Creed Valhalla: Guide To All Of The Best Hunter Bows
Recent Posts