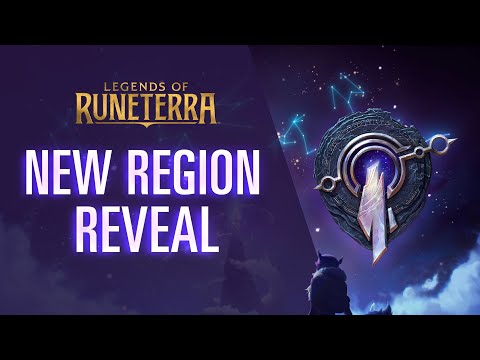 Call of the Mountain release schedule

The first Call of the Mountain expansion will add seven new champions to the game, with several very likely coming from the Targon region itself. Coincidentally, there are exactly seven champions listed as being from Targon by the official League of Legends lore: Aurelion Sol, Diana, Leona, Pantheon, Soraka, Taric, and Zoe. Eighty-two other non-champion cards will also be added to the game. The majority of these cards will likely heavily favor the Targon region to keep it competitive against other regions.

Riot Games also released the roadmap for the rest of the set, with a second expansion coming in October. The third and final expansion for Call of the Mountain will be in December. Both of these expansions will be smaller than the first, each one introducing 3 new champions and 37 non-champion cards. Once all the expansions are released, Riot Games will be adding 12 new champions and 156 other spells and followers to the game.

Call of the Mountain will be bringing new themes, mechanics, and updates to mechanics found in the Rising Tides expansion. Riot Games expects each region to have an equal or close to equal number of champions once the full set releases. The first spoilers for Call of the Mountain will release on August 10. Hopefully we get to see what Riot has planned for mechanics and champions for the Targon region.

The first expansion for Legends of Runeterra’s Call of the Mountain is set to release August 26. The release will also kick off a new ranked season, giving players less than a month to climb ranks before the next season. For all the spoilers for the latest Legends of Runeterra expansion, make sure to follow Daily Esports!

Related posts:
08/11/2020 eSports Comments Off on Legends of Runeterra’s next expansion is called Call of the Mountain, introduces the Targon region – Daily Esports
Hot News
Pokemon Go Holding Team Rocket Event Before Jessie And James Leave This Week
Radiohead’s OK Computer Helped Define The Aesthetic Of Transistor
How To Redeem Your Money After Winning Big From Online Casino Games
Report: PUBG Parent Krafton Planning Korean IPO in 2021
Xbox Series X And S Preorder Guide: Both Consoles Still Sold Out
Recent Posts
This website uses cookies to improve your user experience and to provide you with advertisements that are relevant to your interests. By continuing to browse the site you are agreeing to our use of cookies.Ok