Luminosity Gaming has officially signed Fortnite YouTuber and streamer Nicholas “Nick Eh 30” Amyoony. Although this announcement leaked on social media before the official reveal, Nick Eh 30 is now a part of the LGLoyal family. The popular streamer is famous for his family-friendly Fortnite content on YouTube. Recently, he had his own tournament in the battle royale game, further cementing his popularity. This signing is Luminosity’s second big acquisition in recent months, as the organization landed Felix “xQc” Lengyel last month.

After the leaks settled, LG revealed its signing of Nick Eh 30 with an extremely well put-together introduction video. Going over Nick’s history as a gamer, this signing appears to be the culmination of his hard work.

Gaining significant popularity in 2018 with the rise of Fortnite, Nick was and still is known as the family-friendly streamer. His YouTube channel features very little mature content and his streams are swear-free. Pair that with the childish look of Fortnite and Nick’s infectious attitude, and it was only a matter of time before the streamer made it big. 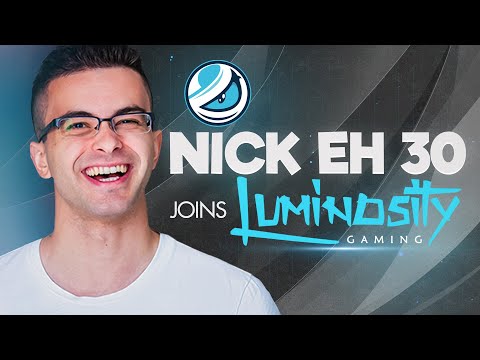 There’s no word on if this will be the last signing for the organization in 2020. However, if any additional news arises on the subject, we’ll be the first to let you know here at Daily Esports.

Disclosure: Luminosity Gaming is a subsidiary of Enthusiast Gaming, which owns and operates Daily Esports.

Related posts:
11/11/2020 eSports Comments Off on Luminosity Gaming signs Fortnite streamer Nick Eh 30
Hot News
Ranking the most turkey-like Pokémon for Thanksgiving
Genshin Impact – Best Build For Bennett
Animal Crossing Turkey Day: Secret Ingredients and items update for New Horizons
OpTic Chicago Partners With Zippo for Hand Warmer
How Xbox Is Becoming More Accessible And More Financially Available As A Brand
Recent Posts
This website uses cookies to improve your user experience and to provide you with advertisements that are relevant to your interests. By continuing to browse the site you are agreeing to our use of cookies.Ok