Any update in Call of Duty: Modern Warfare and Warzone is highly anticipated by the community. Usually, it’s because Infinity Ward needs to patch a game-breaking bug that always slips through the cracks. While that’s true in the case of today’s update 1.28, fans were also excited by another prospect. Though it wasn’t confirmed up until now, players were awaiting the arrival of the AA-12 (JAK-12 in-game) shotgun. Now that it’s available in both Modern Warfare and Warzone, let’s hope this shotgun isn’t horribly broken like its cousin, the Origin 12.

JAK-12 shotgun added to both Modern Warfare and Warzone

Update 1.28 as a whole didn’t change too much in either game. However, if you wish, you can read the full patch notes on Infinity Ward’s website. Also included is a way for PC users to make their download size a little smaller, which is a great new feature.

Below, we’ll list some of the most impactful changes in the new update. Although, overall most of the patch notes featured small bug fixes.

Aside from the patch notes, the JAK-12 shotgun was also added. As you can see from the image below, you can unlock the weapon by “Getting 3 Hipfire Kills using Shotguns in 7 different matches.” 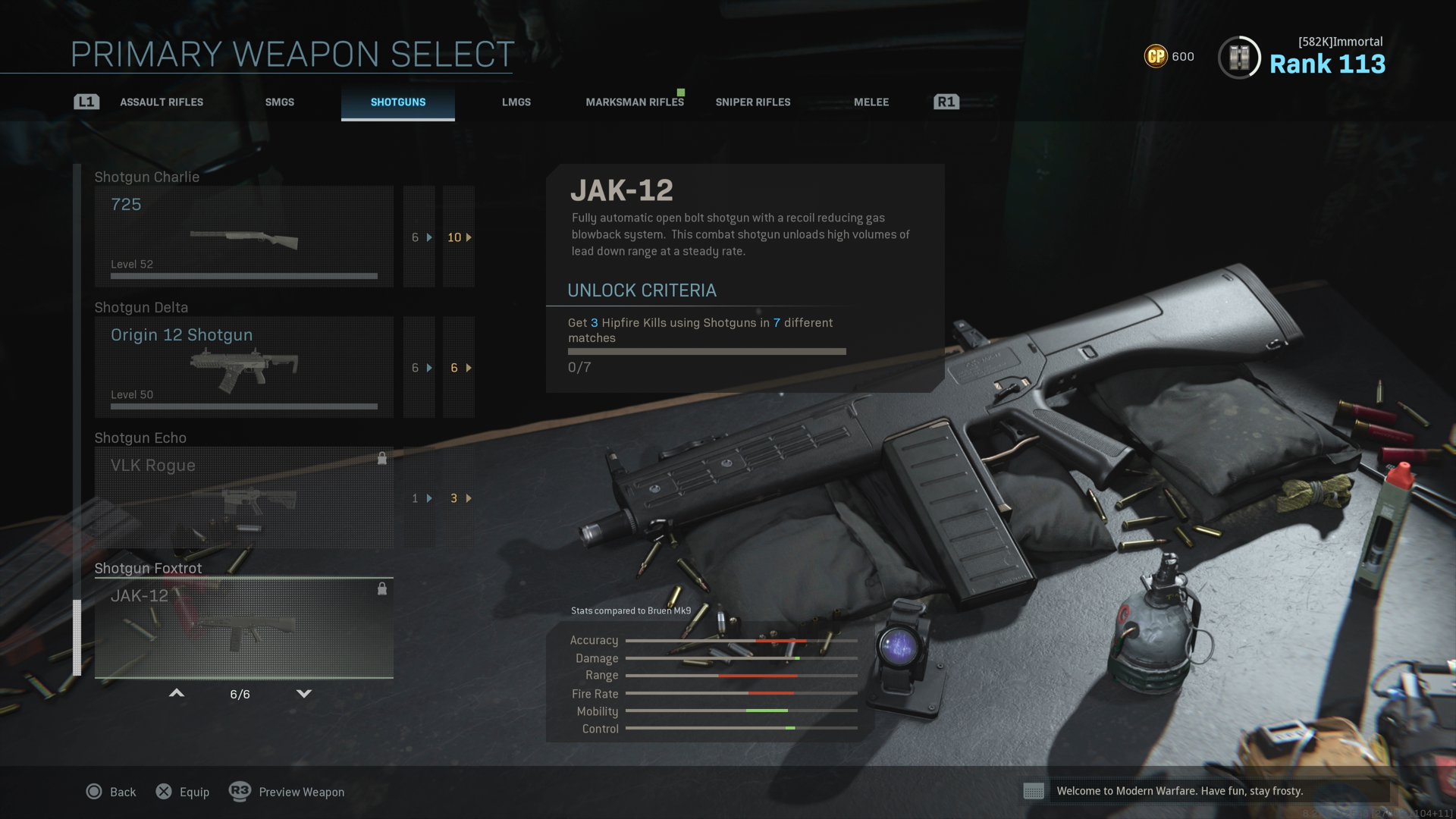 As of the time of writing, there’s not a consensus on how strong the weapon is. However, if it’s overpowered in any way, we’ll certainly hear about it by the end of the day.

That’s it for this update! Make sure to stay tuned to Daily Esports for all Call of Duty news.

Related posts:
10/15/2020 eSports Comments Off on Modern Warfare and Warzone Update 1.28 adds AA-12 shotgun
Hot News
$375,000 Pokemon Card Opening Reveals A Box Of Fakes
AMD Announces Its 'Breakthrough' RTX 3000 Competitors
The Xbox Series X Fridge Is Real, And You Can Win It
Buyers Guide To Sash Windows Double Glazing
AMD announces Radeon RX 6000 series GPUs
Recent Posts
This website uses cookies to improve your user experience and to provide you with advertisements that are relevant to your interests. By continuing to browse the site you are agreeing to our use of cookies.Ok