John “JBM” Mascone celebrated as he took the stage as the first-round draft pick at the NBA 2k Leauge draft, held at Terminal 5 in New York City on Feb. 22. The star player has an 84 percent win rate and will join the league as part of Wizards District Gaming, which landed first pick.

“It’s the best testament to what I’ve done and what I can do,” JBM said of his placement on the team.

Presented by Panera Bread, the draft was a celebration of the game’s best emerging talent. Held in a similar style to a traditional professional sports team draft such as that of the NBA league on which the NBA 2k League is modeled, the list of potential draftees consisted of 229 people. Of that number, 24 of these were international draft-eligible players, who, along with the US players, represented 10 countries. Only 68 would get to hear their names called for the draft.

Early in the event, it was clear the draft would be full of shakeups, surprises and broken hearts. NBA 2k League General Manager Brendan Donahue hosted the event to a full house as well as thousands of viewers on Twitch and YouTube.

The show opened with a brief performance by Def Jam recording artist 10k.caash, a strong act to hype the audience for showing they’d see over the next few hours.

Prior to the draft, analysts put the first pick between JBM and Christopher “Duck” Charles.

As the second pick, Duck will find a home with Knicks Gaming. Allan Houston, a retired Knicks pro who once played basketball for the US Olympic team, announced the pick in person to the ecstatic player.

“It’s like everything came together full circle,” Duck said of his newfound spot on the Knicks Gaming roster, emphasizing the importance of team culture, energy and leadership.

The fifth-place pick went to the Gen.G Shanghai Tigers, one of two teams joining the league this year and the first NBA 2k League’s first team expansion outside of North America. The team selected Dhwan “ShiftyKaii” White as its first-ever team pick.

Throughout the evening, the audience also bore witness to a handful of surprises. For instance, the desk analysts noted teams were slow to select Reginald “Regg” Nash, Jr., who eventually made his way into the league as part of Bucks Gaming as the 12th pick in the first round. As one of the game’s most talented point guards not already assigned to a roster, it appears as though the teams that passed him over were satisfied with the point guards they already had. 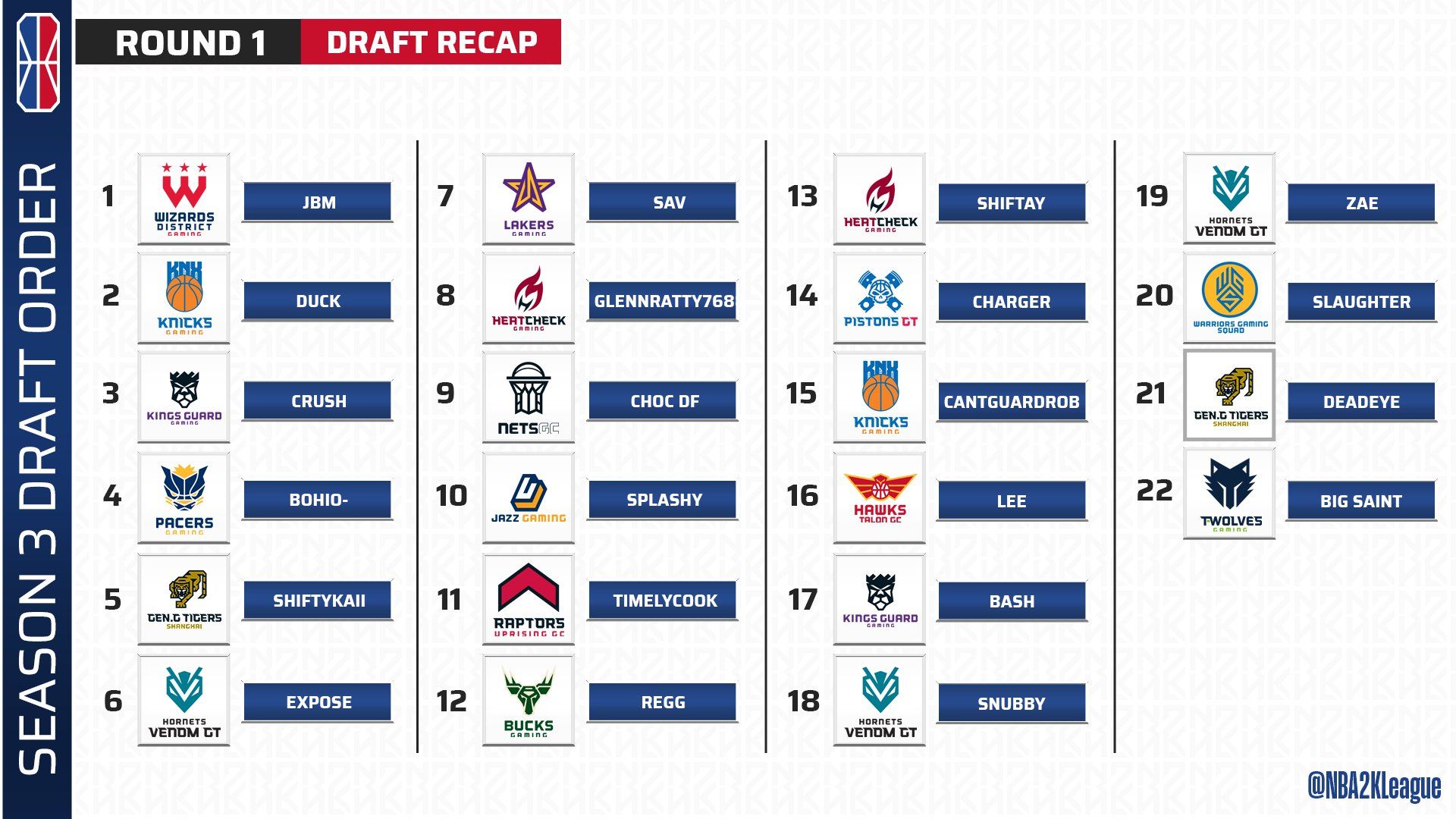 Additionally, Josh “Choc DF” Humphries, the first player to earned Legend status in NBA 2k20, solidified his place among the best of the best as he joined the NetsGC as the ninth pick.

“A lot of people are going to get a rude awakening when I come in and do my thing, he said.”

In 2019, the NBA 2k League’s prize pool was $1.2 million, which players can earn in addition to salaries, sponsorships and streaming income. As the league continues to expand, fans can look forward to its biggest year yet.

TheGamer will update this story with the full list of draft picks at the conclusion of the event.