Heirloom Sets are the rarest cosmetic item one can attain in Apex Legends. It started out with Wraith’s knife, then progressed to Bloodhound’s tomahawk, Lifeline’s drumsticks, and Pathfinder’s boxing gloves. The last Heirloom to release occurred in the middle of Season 3 during the Holo-Day Bash event. As such, we should expect another set to arrive in a month or so, during the middle of Season 4. Leaks suggest that the speed-demon Octane is the next-in-line to receive an Heirloom. This is backed up by a new image in the PC files showcasing Octane’s item.

Although this is a leak, it seems pretty airtight that Octane will receive an Heirloom Set. All of the files point to this, and now we even have a rendered image of what the melee weapon could look like.

Every Heirloom Set comes complete with a melee weapon, voice line, and character banner. While we don’t have access to voice line or banner, data-miner @iLootGames has an image of the melee weapon for us.

Octane heirloom.. this is gonna be some interesting animations lol 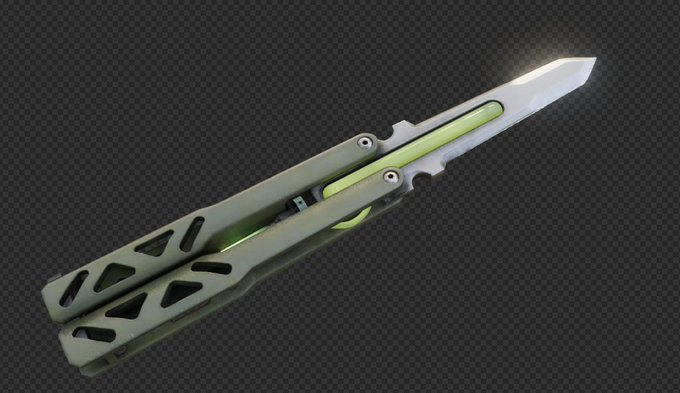 For anyone unaware, the image above is that of a butterfly knife. This type of knife has two ends that form the handle once opened up. Inside of those ends is the knife itself. In other video games, like CSGO, the butterfly knife performs some pretty cool animations.

Whether those same animations will come to Apex Legends is unknown. However, as with all of the other Heirlooms, the butterfly knife will have some kind of animation. We’re just not sure what that will be yet.

As previously mentioned, fans should expect Octane’s Heirloom Set to launch sometime in the next month or so. The release of an Heirloom usually revolves around an in-game event, so we should be on the lookout for that as well.

Make sure to keep up with Daily Esports for all Apex Legends coverage.