Week 3 of the OWL is over, but not before some exciting games took place in Washington D.C. One team stayed undefeated, another team still doesn’t have a win, and one match went seven maps to be decided. Here are some key takeaways from the games.

The first match of the weekend was between two teams that entered the weekend undefeated in the OWL, and it didn’t disappoint. The Philadelphia Fusion started the match out strong, taking Busan 2-1 and then dominating on Horizon Lunar Colony. The New York Excelsior struck back, however, taking Havana 3-2. The final map, Eichenwalde, was very close, but Philly was able to take the map 4-3.

Philly played against the Toronto Defiant in their second match of the weekend, who almost handed them their first loss. The Fusion looked great through the first two maps, taking Oasis 2-0 and Temple of Anubis 2-1 in a convincing manner. The Defiant got it together on Dorado, however, and had a great defensive hold on point B. They then took King’s Row in a long 6-5 affair. Philly would hang on to win on Nepal, though, going 2-0.

Philadelphia looks like one of the strongest teams early on. While they have had a few hiccups, especially against Toronto, they are off to a hot 4-0 start. Jae-hyeok “Carpe” Lee continues to look like one of the best players in the world, and they have shown the ability to overcome adversity as a team. After beating New York, Philly looks like the strongest team in the OWL’s Atlantic Conference.

New York lost their first game against Philly, but they were able to sweep Houston very convincingly in their second map of the weekend. They took Ilios 2-0, Hanamura, 2-1, and Havana 3-0, picking up the weekend’s only sweep.

While Houston hasn’t exactly been good so far in the OWL, the sweep was a good comeback for the Excelsior after dropping their first match. A 3-1 record isn’t a bad start to the season, and New York will undoubtedly look to continue improving. Right now they are second in the conference behind Philly. Fans of the team should remain optimistic about the rest of the season.

Unfortunately for Houston, they have looked nothing short of abysmal to start the 2020 OWL season. They did, however, provide a very entertaining match against the Boston Uprising. This match went seven maps after ties on Temple of Anubis, Blizzard World, and Houston’s comeback from being behind 0-2 after the first three maps. They would go on to lose 2-0 in the seventh map, but at least they were able to win a few before New York swept them in their next match.

There aren’t a whole lot of positive takeaways from this weekend for Houston, but at least they showed they could compete with another weak team. They have some veteran players like Tae-hong “MekO” Kim and Austin “Muma” Wilmot, so maybe they will bring it together and turn things around. It is still early, after all.

Washington wasn’t able to win in the first match of their homestand, losing 3-1 to the Paris Eternal. They didn’t look awful, however, as their losses were close and they did take Temple of Anubis with good defense on Point B. However, they didn’t do their fans any justice against the London Spitfire either, as they got reverse swept in some close games.

Washington honestly doesn’t look awful, but they have some kinks they need to work out if they want to finish out games on top. Corey “Corey” Nigra has looked great so far, and the team has played in a lot of close games. They just need to work out what’s going wrong in those close games. They probably won’t finish at the top of the standings, but they definitely don’t look as bad as Houston. 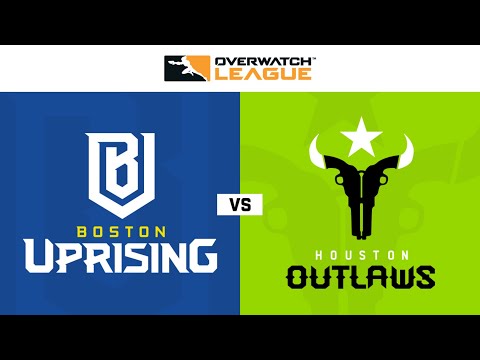 The London Spitfire, the Boston Uprising, the Toronto Defiant, and the Paris Eternal all played one match over the weekend. London, Boston, and Paris won, while Toronto barely lost to Philly. Toronto and Paris both seem to be decent so far, but London and Boston still have a lot to prove.

The OWL heads to Houston next week with more games from Atlantic Conference. This should prove a real test as to whether the “home field” advantage will actually work in the OWL. It sure didn’t do Washington much good.