Rapper and entrepreneur Snoop Dogg will join North American esports organisation FaZe Clan as a board member when the company goes public in the US later this year.

Prior to that, Snoop will join as a content creator and a member of the FaZe clan talent network. The rapper will reportedly co-create content, participate in business initiatives and launch merchandise with FaZe Clan for the foreseeable future. 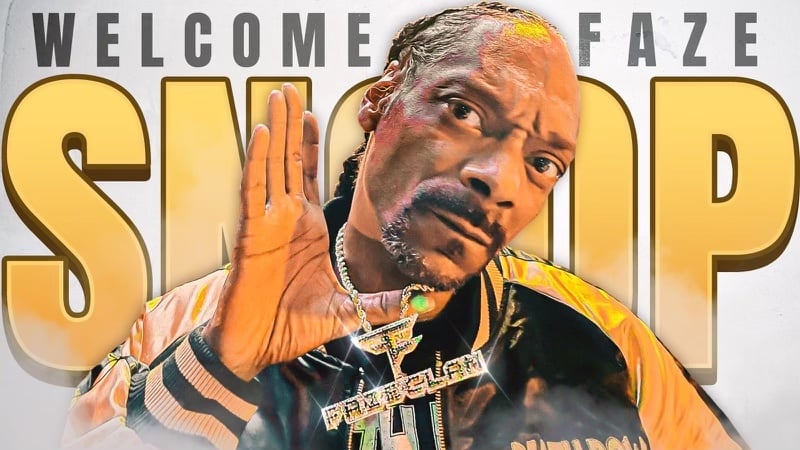 Alongside joining the organisation’s Board of Directors, Snoop Dogg will work with FaZe Clan on a community outreach programme centred on activities that support youth.

Earlier this year, FaZe Clan and the NFL partnered on a charity game of flag football where some proceeds were donated to Snoop Dogg’s Youth Football League. Moreover, at the NFT Superbowl half-time show, the rapper was seen performing with a FaZe chain.

In October 2021, FaZe Clan announced that it will merge with B.Riley Principal 150 Merger Corp (BRPM) to become a publicly-traded company. The organisation states that the transaction is expected to close in Spring 2022.

According to the release, a key facilitator for the partnership was Cordell Broadus, Snoop Dogg’s son, who decided to help his father and FaZe Clan reach an agreement. Broadus noted that he was ‘inspired by the synergy Snoop Dogg and FaZe could create’.

Snoop Dogg, FaZe Clan Board member and content creator, commented: “It only makes sense to partner with FaZe Clan as both a team member and on the Board of Directors. The youth identifies with their brand and that’s something my son Cordell knew, which is why he brought us together.”

Interestingly, FaZe Clan’s Chief Strategy Officer Kai Henry hinted that Snoop Dogg and the organisation will also create content together in the metaverse.

Henry added: “The organic relationship between FaZe and Snoop has been building for years now, so we are thrilled to officially welcome FaZe Snoop to the family. As the original internet kid and first-generation gamer, Snoop has always understood the cultural connection between music, lifestyle and gaming.”

Esports Insider says: Snoop Dogg is known to do a lot of different things, such as wrestling and cooking with Martha Stewart, however, this FaZe Clan collaboration should not be underplayed. As a board member and content creator, Snoop will use his knowledge to help FaZe grow and scale after the brand goes public later this year.