Aster is taking precautions to keep its players safe. 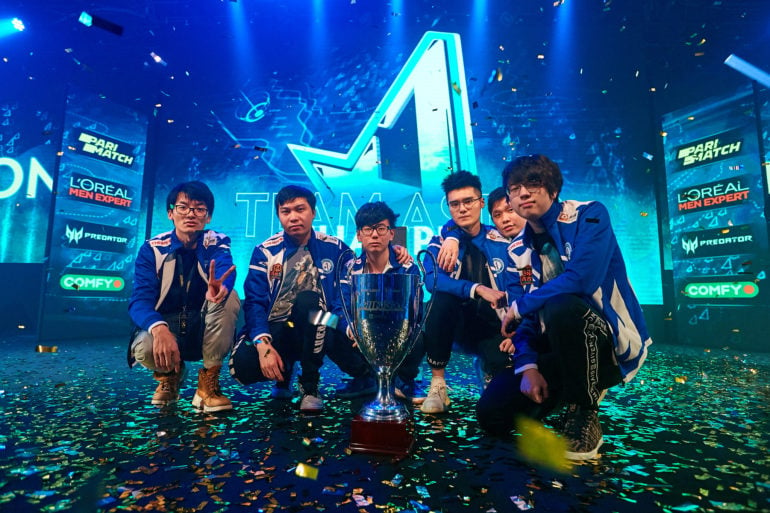 This article is brought to you by StatBanana, the best Dota 2 strategy tool.

Team Aster recently landed back in China following a prolonged stay in Kyiv, Ukraine when the Dota 2 team was informed that one of the other passengers on one of their connecting flights tested positive for the coronavirus.

Due to their close proximity to an infected party, the team has quarantined four of its players as a precaution to help stop the spread of the virus.

The team had been spending time in Kyiv following their victory at StarLadder ImbaTV Dota 2 Minor season three, trying to get travel visas approved for the ESL One Los Angeles Major. But after the event was postponed due to the coronavirus limiting travel between Europe and the U.S., Aster decided it was time to head home.

Four of the players—Kee “ChYuan” Ng, Lin “Xxs” Jing, Ye “BoBoKa” Zhibiao, and team captain Fade—had all been traveling together on their way back to China, taking a connecting flight from Finland as the final leg of their trip. Song “Sccc” Chun was the odd man out. He took another flight through Germany, which ended up keeping him from quarantine.

Another passenger on the plane who was sitting just three rows ahead of some of the players was diagnosed with coronavirus upon landing, according to Fade’s Weibo post (translated by VP Esports).

“GG, guys, we got ganked,” Fade said. “Someone three rows off our seats on the plane that we took from Finland to China was diagnosed. We were about to be quarantined as close contacts, what a stroke of bad luck for us… Sccc took a flight from Germany and turned out to be fine. Sccc is so damn good.”

ChYuan clarified the team’s situation on Twitter, saying that the four players were being quarantined in a “designated center” that would keep them isolated for the time being. The team has been in China for a few days now and has apparently been under quarantine since their return.

The team expects that they’ll be released from the special quarantine center by the end of the week, but they’ll likely continue to isolate themselves anyways once they’re out.

“Since we got back from Kyiv, we’ve been under home quarantine, therefore we’re only going to be there until the 29th,” ChYuan said. “We’ve done our part to take necessary safety precautions while traveling. Hopefully there’ll be a silver lining to this unfortunate situation. Everyone back in Msia (Malaysia) take care too.”

Aster are still expected to compete in the Chinese Dota 2 Professional Association that was announced earlier in the week. They were one of the eight teams invited to join alongside Vici Gaming, PSG.LGD, Invictus Gaming, Royal Never Give Up, EHOME, Newbee, and Keen Gaming. That stacked roster of teams would keep Aster sharp for upcoming tournaments in a time where Majors are being canceled due to health concerns.

The first matches are set to begin on April 1, so the team should be out of quarantine and able to continue playing professional Dota by then, even if they’re still going to isolate themselves to be safe.