Team Vitality finally celebrated their first win in the LEC 2020 season. Going up against SK Gaming was anything but easy. Let’s dive deeper to see how they managed their surprising victory.

French team Team Vitality has been in an unfortunate losing streak throughout the entirety of the LEC season. Walking into a game with SK gaming, all they could do was hope for the best. Luckily, they were able to secure plenty of kills and reach their Nexus in 40 minutes, declaring their first victory.

On the road to victory 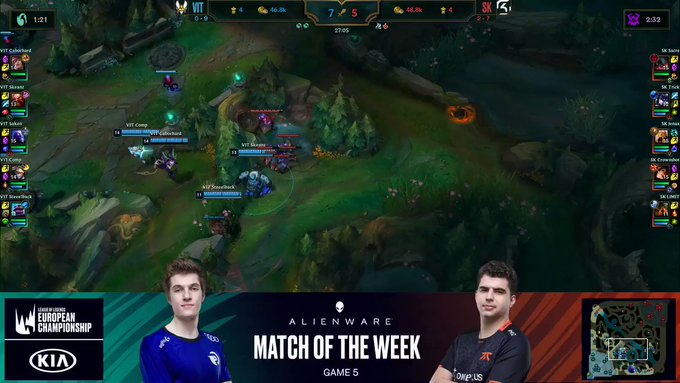 Halfway into the game, Vitality found themselves team fighting in the mid lane. Although they seemed to have the upper hand, SK was able to fight back and gain some kills. At this point, the game was 7 – 4 with a small gold difference between both teams. Objective-wise, SK had gained 2 dragons and pushed 2 towers, while Vitality had 1 dragon and no towers.

Eventually, as they got closer to the end of the game, Vitality defeated Baron and attempted to push towards the enemy’s Nexus. SK fought back and slowed the process, but they had lost sight of what was going on in the map. Vitality fans cheered as they saw Saken teleport into SK’s base joining an army of Vitality’s minions. As they closed the game, SK fans couldn’t believe the enemy was able to backdoor so easily while the team focused on other objectives.

Popular game commentator Trevor “Riot Quickshot” Henry had a chance to speak to Vitality’s Support Pierre “Steelback” Medjaldi. “I can’t express how happy I am, because I know the feeling of like, being in the LEC and losing so [many] games. Then you lose confidence.” He continues, “To be fair, right now we are just looking to improve and do the best as we can. I think Playoffs will be hard but it’d still possible for us.”

Hard work and dedication will always pay off 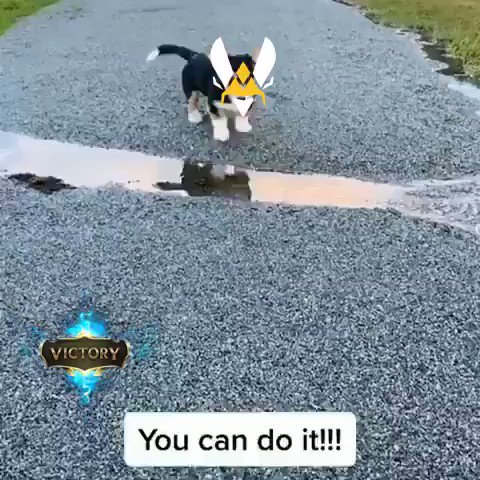 Fans on Twitter are cheering over Vitality’s unexpected win, with commentators and pro players congratulating them.

VITALITY IS GONNA DO IT

Be sure to catch Vitality in their next game tomorrow. They will be playing against MAD Lions at 3 PM EST.