According to the release, the cooperation will involve ‘various promotions’ on the organisation’s social networks. In addition, large-scale marketing integrations and other formats are expected to be implemented. 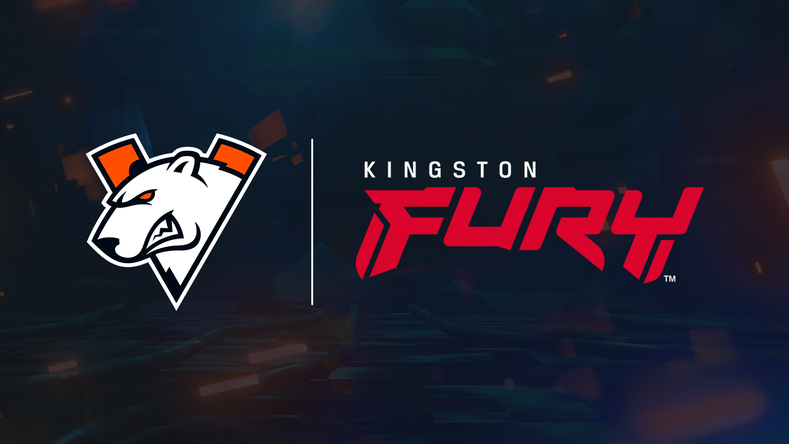 Kingston FURY is a new gaming-focused brand of RAM modules, SSD, and flash drives founded by Kingston in 2021. FURY was founded after HyperX, Kingston’s performance arm, was sold to HP this year.

The manufacturer joins the likes of Parimatch, HyperX, Haval, and Fragstore as official partners of Virtus.pro.

Sergey Glamazda, General manager at Virtus.pro: “Virtus.pro and Kingston FURY have a lot in common: the desire to be the best in their field and to help gamers achieve their goals. Every training session, match-winner, and championship is influenced by the hardware’s effectiveness, and we are glad that the Kingston FURY brand is now our partner. We are sure that our fans will appreciate this cooperation.”

Craig Tilmont, Senior marketing director at Kingston: “We are very proud to introduce the new Kingston FURY brand, which will combine the most productive RAM modules for PC enthusiasts and gamers. Kingston is pleased to partner with one of the most decorated esports clubs in Eastern Europe. We are sure that the Virtus.pro fans will also appreciate our new solutions, and will participate in our joint activities with their favourite club.”

Esports Insider says: Kingston is still going strong in esports, despite selling off its HyperX brand to HP. It seems like FURY will be the new gamer-centric product line for the hardware firm, but for now, it offers only memory modules and its appeal is somewhat narrow.