Evil Dead could be coming to MK. 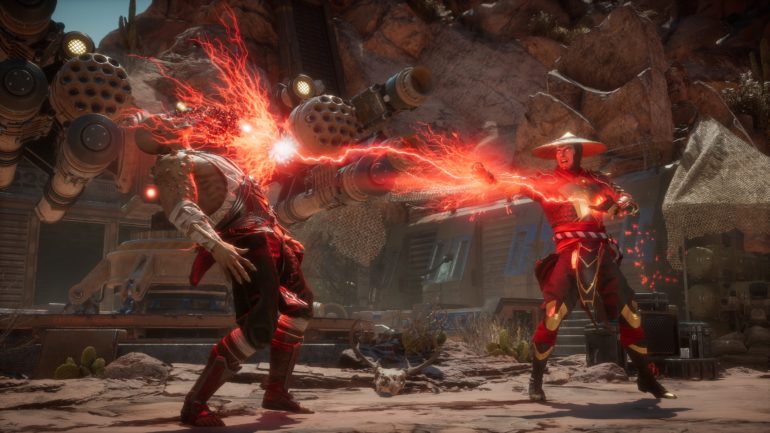 Further evidence of Evil Dead’s Ash Williams coming to Mortal Kombat 11 as a DLC character has appeared online, this time from Warner Bros. itself.

In an email blast sent out to promote Spawn as the game’s newest character, Ash and Army of Darkness are mentioned by name in the copyright section of the email’s footer.

Ash is mentioned between Joker and Spawn, two of the game’s other guest characters that have been added as DLC. The other is Arnold Schwarzenegger’s Terminator.

Future fighters from a potential second Kombat Pack have been purportedly leaked a number of times. The full roster of the original Kombat Pack was leaked via the in-game files around the time of the game’s initial launch.

Ash, portrayed by actor Bruce Campbell, has been the star of the Evil Dead franchise, which has seen four films in total. The series started in 1981 and its most recent incarnation was in 2013.

Other Kombat Pack 2 leaks have mentioned past Mortal Kombat characters Fujin and Sheeva, but a second DLC pack hasn’t been announced or confirmed by NetherRealm Studios yet.