The rhythm game genre dates back to the beginning of video game history, with titles such as the handheld game Simon in 1978. Of course, rhythm games have evolved a lot since the seventies, incorporating innovations in gameplay, enticing stories, and even ventures into virtual reality. Still, Konami's rhythm game division, Bemani, launched titles that would define the genre for years to come.

Some significant fan-favorite rhythm games, such as Beatmania, Dance Dance Revolution, Pop 'n Music, and more, are part of Bemani's game catalog. Yet, Bemani is practically non-existent in the current console generation. Instead, Konami has launched PC ports that cost money per play (similar to their e-musement arcade cabinets). Still, we think it's time Konami brought their Bemani titles back to the home market. So here are the series we want to return to consoles. 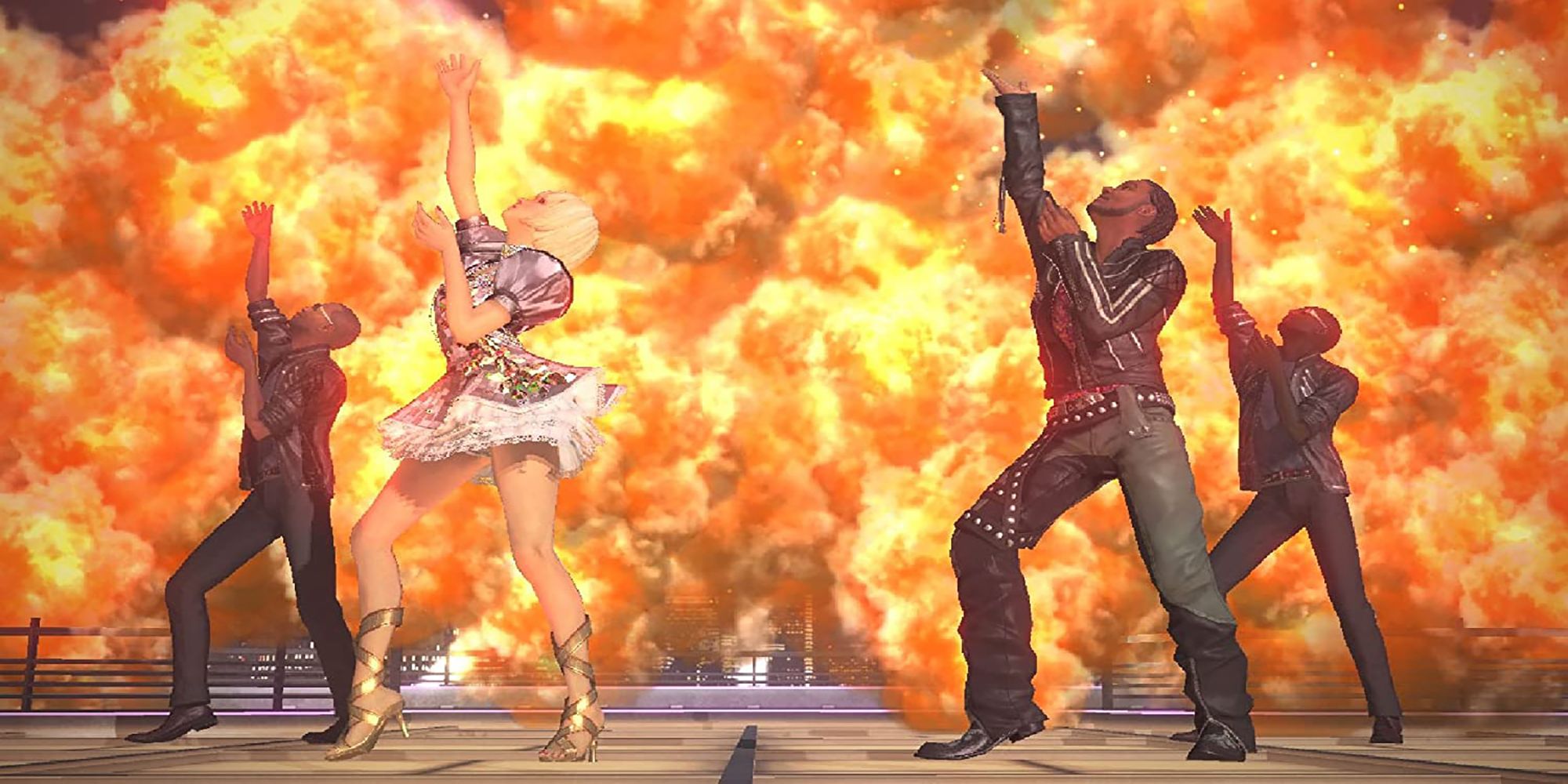 Dance Evolution, known as Dance Masters in the west, launched in 2010 for the Kinect, the innovative movement detection camera introduced to the Xbox 360. In 2012, the game received an arcade port that launched exclusively in Japan. Currently, Konami announced a series reboot of sorts called Dance aRound, featuring a more colorful anime-inspired aesthetic.

It makes sense that Dance Evolution did not fair well on consoles. The game had a stronger competitor, Dance Central, published by MTV Games and developed by Harmonix. Still, with improvements in movement recognition and the advancements in VR technology, it may be time to give this series a new console port. Will Dance aRound's arcade launch merit a console port? We'll get "aRound" to an answer in time. 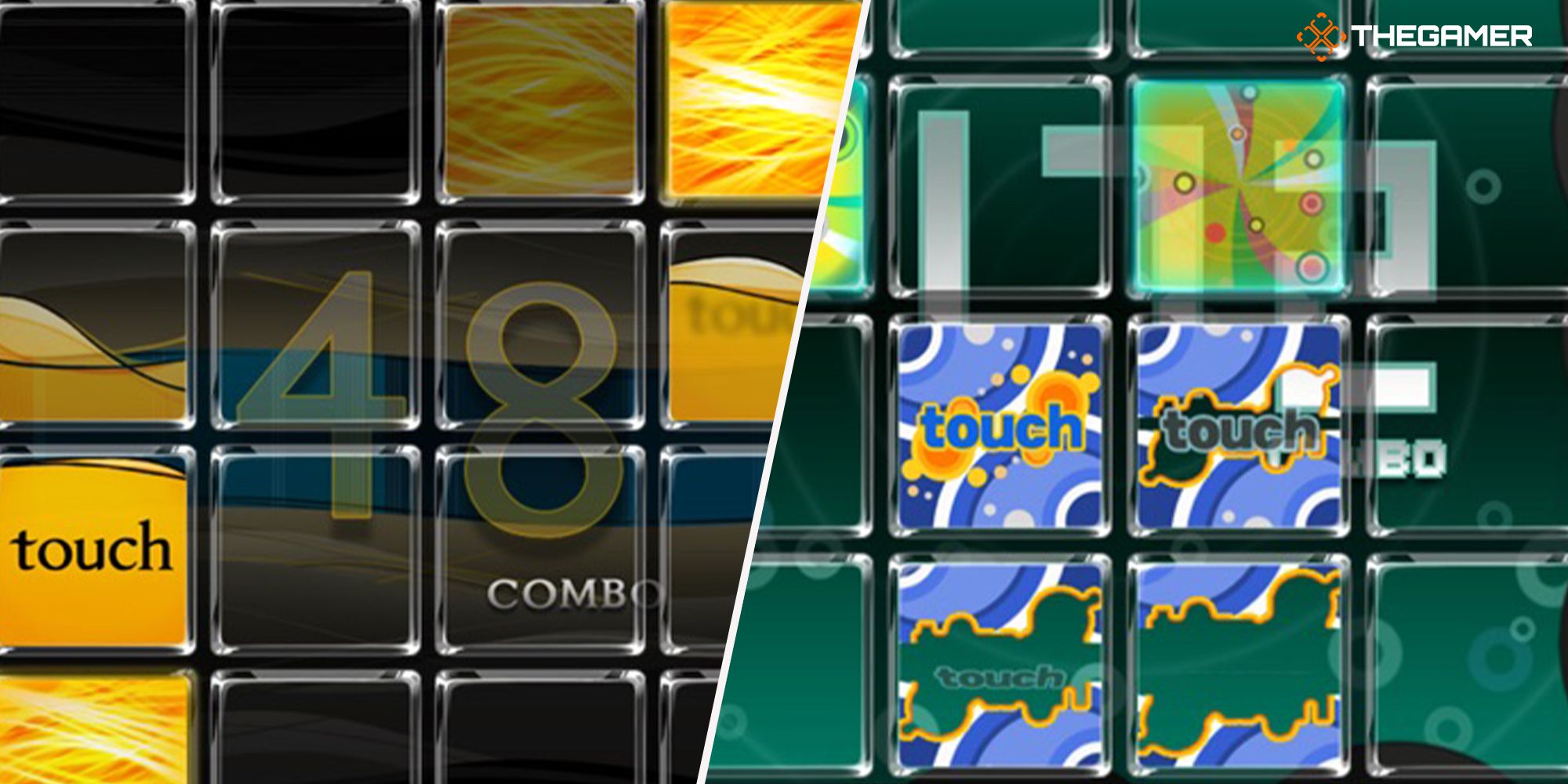 Jubeat, known as Jukebeat in the west, is a rhythm game that exclusively uses touch controls. In short, players need to tap the screen in time to a song's rhythm on a 4×4 16 square interface. The game has found success on mobile devices, with several games on Android and iOS.

Still, there is one console market that Konami is missing out on with this series: the Nintendo Switch. The Switch's touch controls make Jubeat a perfect game that would likely stand out among the console's other music/rhythm titles. Furthermore, Konami could launch the game digitally with less risk due to the Switch's open-region marketplace. 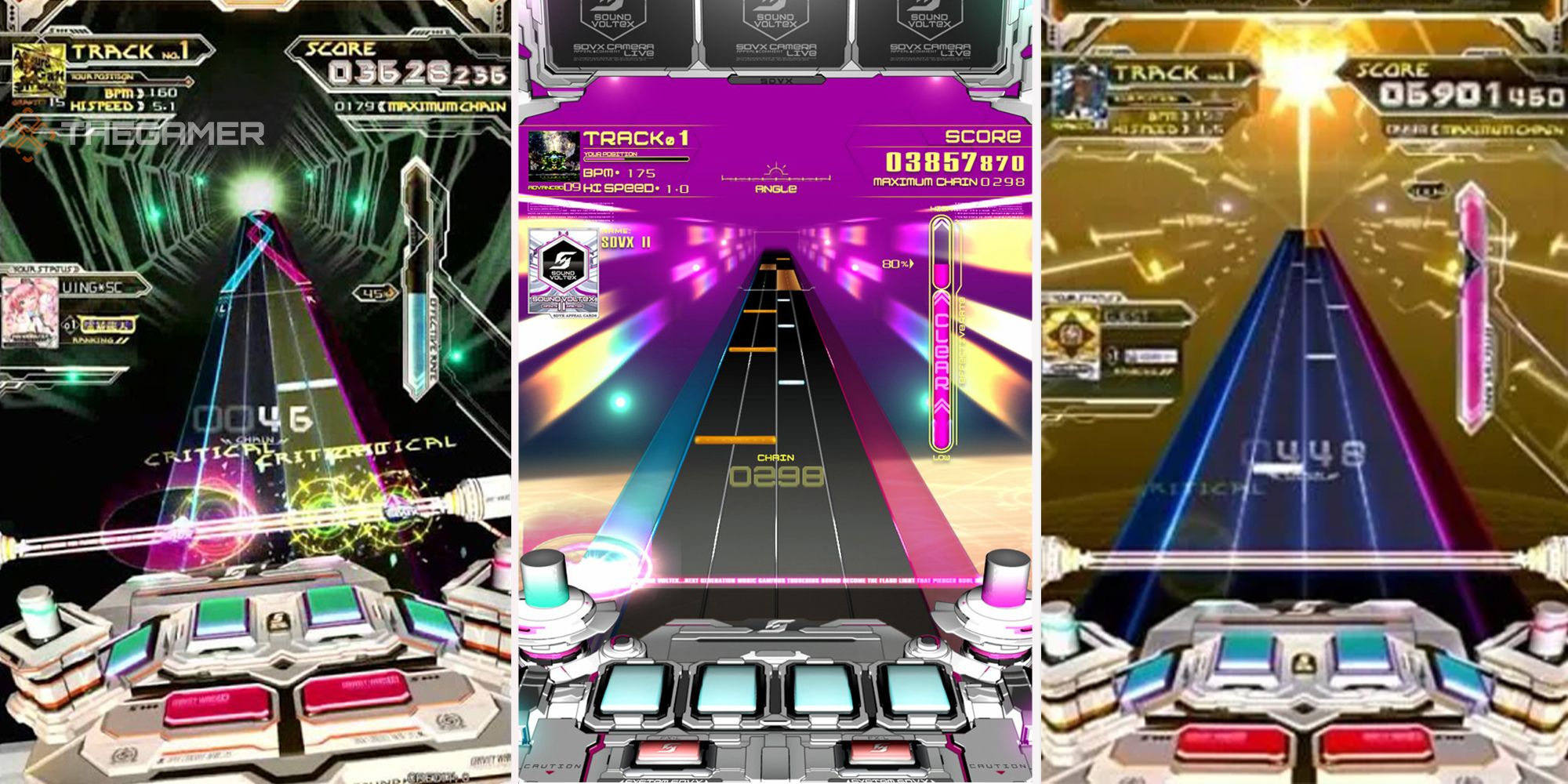 Sound Voltex shares many similarities to its predecessors like Pop 'n Music and Beatmania. For instance, the game requires players to touch specific buttons as they reach the bottom of the playfield. However, Sound Voltex's inclusion of two dials on each side of the controller layout makes it stand out.

Sound Voltex's control scheme has a simplicity that translates well to gamepads. Unlike its peers, the game only uses six buttons and two dials. Therefore, you could map the two dials to analog sticks and the buttons to either the shoulder or face controls. As a result, this control scheme sounds more accessible than other games like Superbeat Xonic, which utilizes simultaneous analog stick and button inputs. 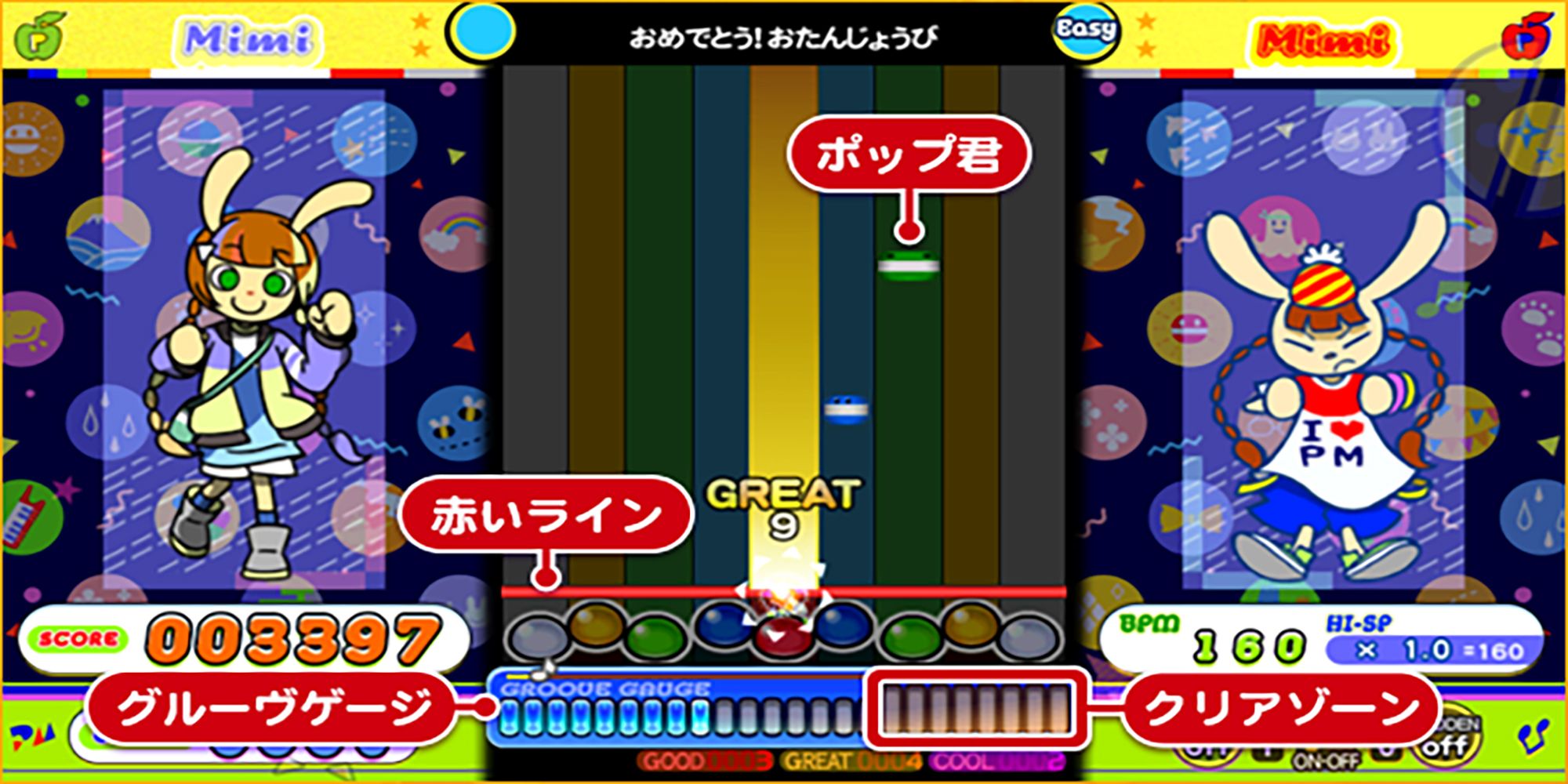 Pop 'n Music has everything you could ever want in a rhythm game. Each installment has various game modes, massive rosters of unique cartoon characters, fun songs, and straightforward gameplay that's hard to master. So how does it work? Sentient notes, called Pop-Kun, fall from the top to the bottom of the screen. Your job, as the player, is to "pop" these notes in time with the music. Yep! It's that simple.

Pop 'n Music has had plenty of console launches, mostly on Playstation, PS2, and Dreamcast. Unfortunately, these were Japan exclusives. The only titles launched in the west, a Wii reboot game and a horrendous Xbox Live Arcade port, were met with negative feedback. This commercial failure is a shame since, if you had the chance to play a console port from Japan, you would discover that Pop 'n Music is an incredibly fun experience! 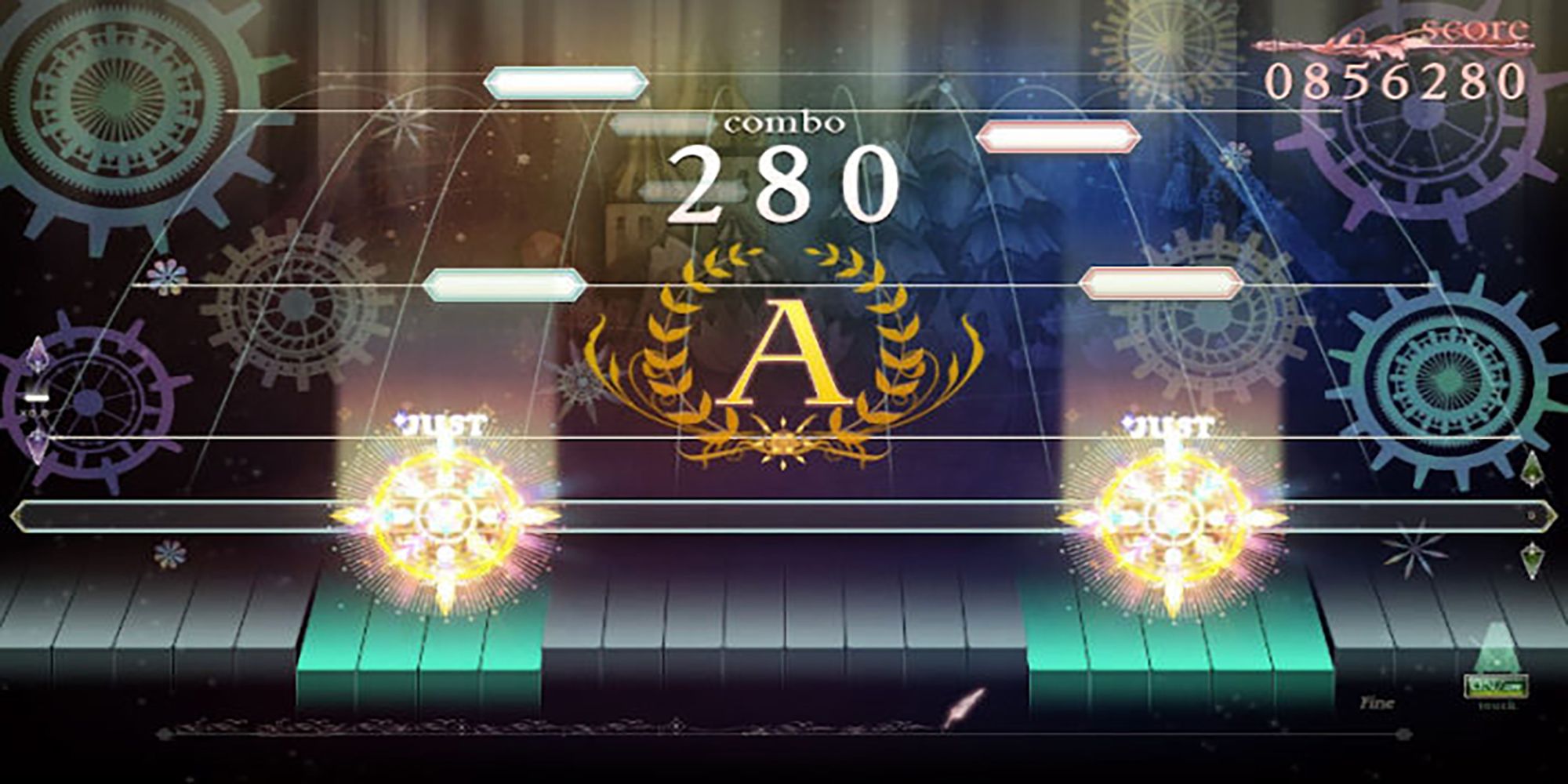 Nostalgia is not Konami's first foray into piano-centric gaming. The company had a short-lived series in the early 2000s called Keyboardmania. Like its peers, Guitar Freaks and Drummania, the game had players match inputs on a 24-key keyboard in time with falling notes on a screen. This kind of gameplay can intimidate gamers who never played piano before.

Luckily, Nostalgia simplifies Keyboardmania's formula, requiring players to input keys in the vicinity of a given note rather than hitting an exact key. If this sounds familiar, that's likely because there are several piano-inspired music games out there, like Deemo, for instance. We can see a Nostalgia port with either a peripheral controller or Switch touch controls with these factors in mind. 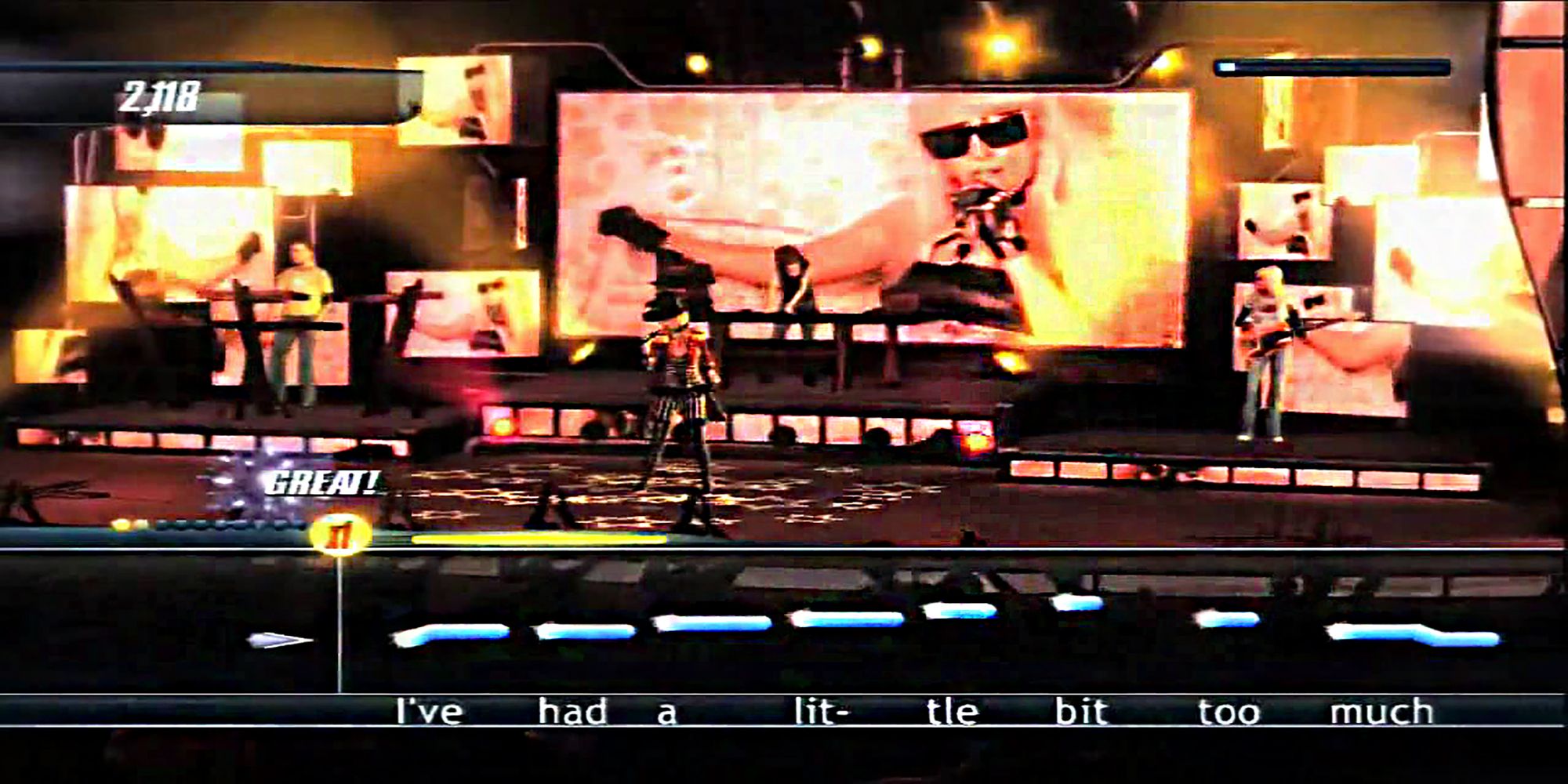 Karaoke Revolution was a revelation when it premiered. With the music game juggernaut Harmonix in charge of development, this game scored players on how accurately they matched a song's pitches. This gameplay proved successful for Konami, who launched several sequels to the first Playstation 2 title.

Like Let's Sing and Singstar, several karaoke video games are on the market now. However, they don't feel nearly as accurate as Harmonix's adjudication. Of course, if you want the KR experience, you could get a copy of Rock Band, which features Harmonix's KR engine. Still, it would feel nice to see a title catered to those of us who are more plastic-fret averse. 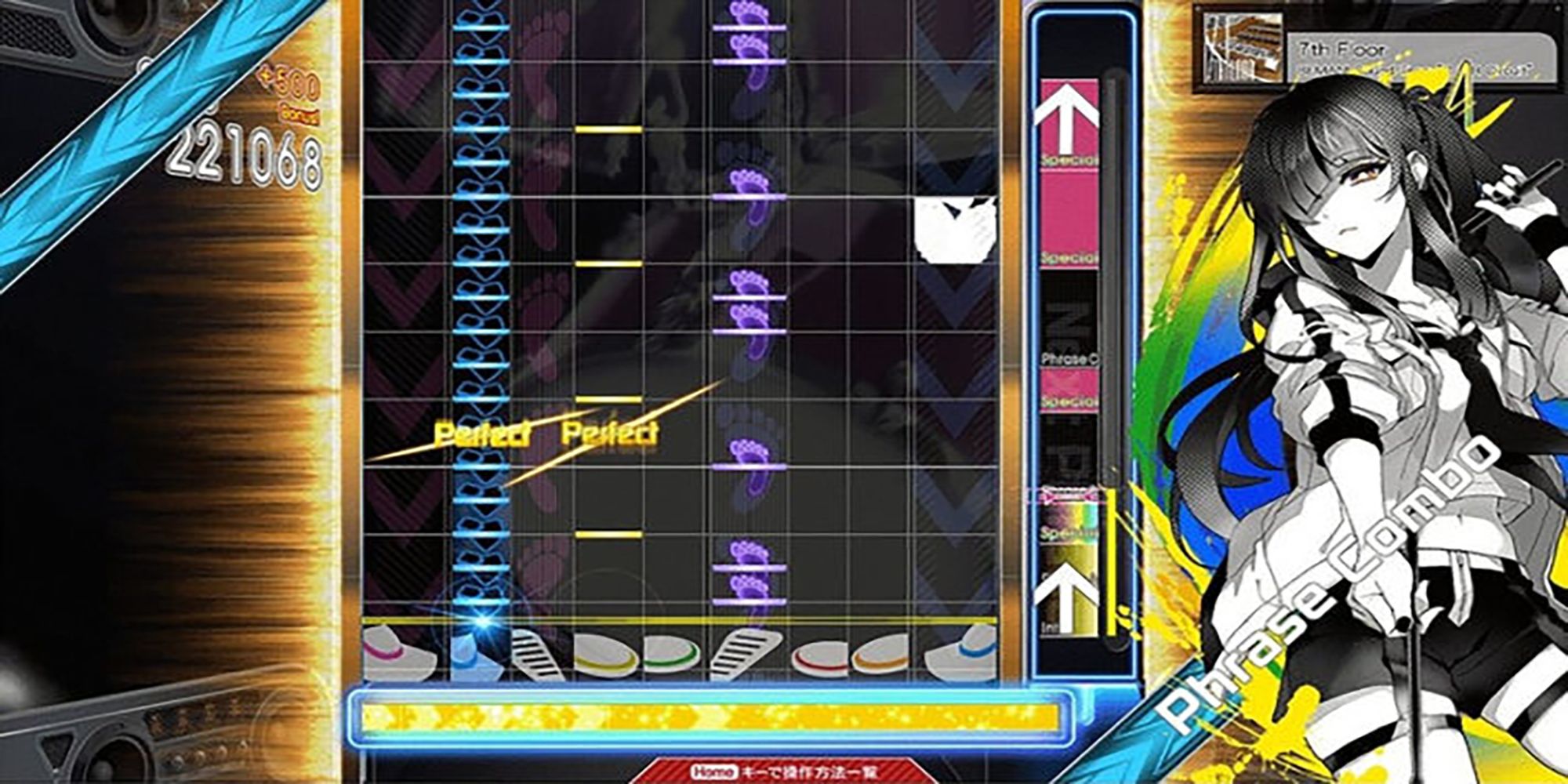 Regarding Rock Band, Harmonix's signature series is not the first to let you play simulated instruments. Neither is Rock Band's spiritual predecessor, Guitar Hero. The first games of this ilk were Guitar Freaks and Drummania, launched by Konami in 1999.

Can Gitadora compete with Rock Band in the West? That's a tough call. After all, Guitar Freaks struggled to make it to the west due to copyright issues regarding its controller-likely due to Guitar Hero's prominence. Still, it would be nice to see Bemani get some more international love for its contributions to the industry. Also, with Konami's music catalog, the game has the potential to stand out against the mainstream pop and rock titles in Rock Band's arsenal. 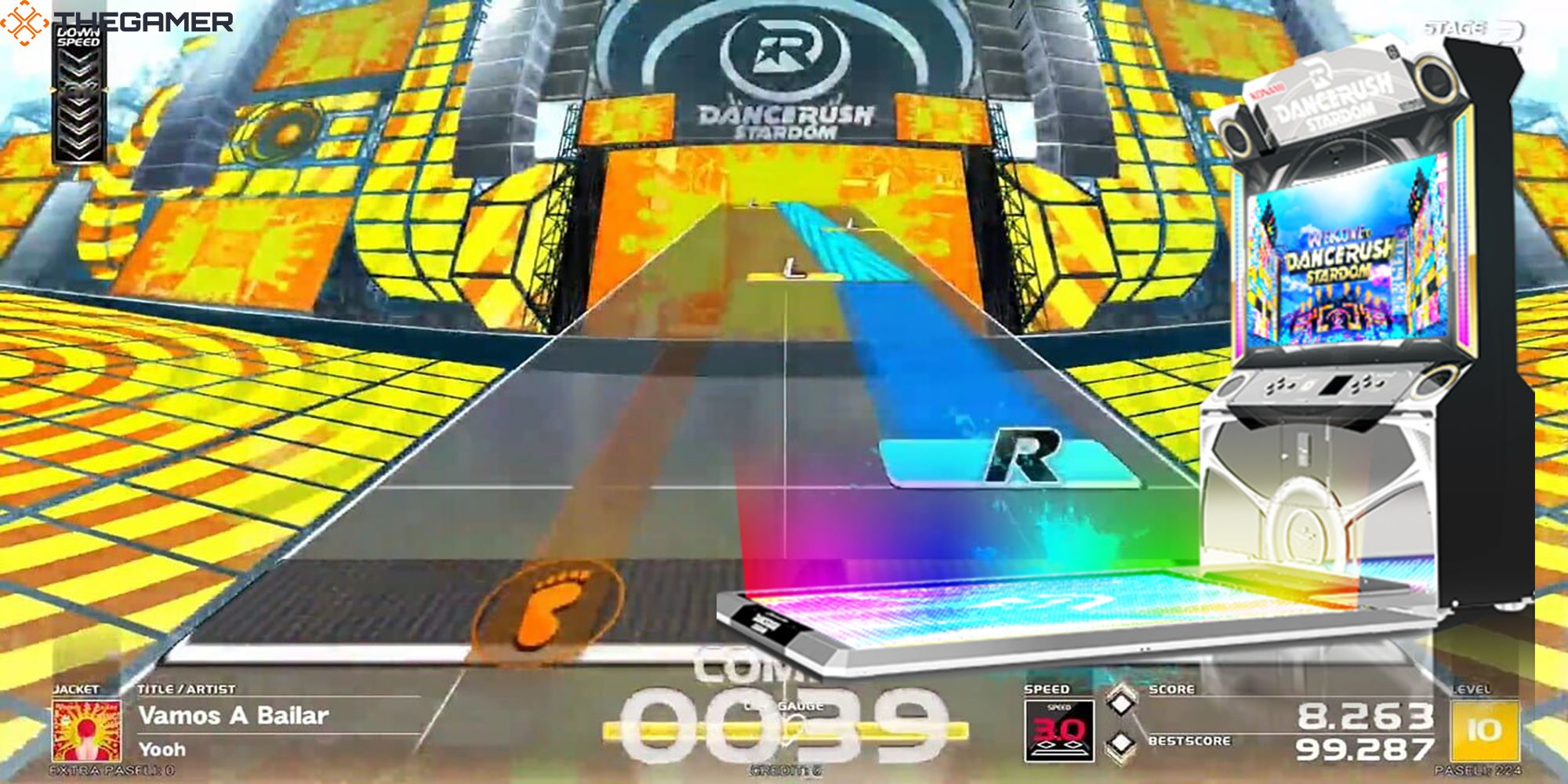 Dance Rush is one of those games that simply looks cool. But, seriously, you should check out videos online. In this game, a foot sensor tracks your feet while they move across the floor to match the bars on the screen. That sounds boring on paper, but watching people play is like watching swans glide on a lake. And if a game makes you think, "I wanna play that!" you know it deserves a console launch.

The biggest hurdle to a Dance Rush console port is manufacturing and bundling an accessible and affordable controller. Of course, they couldn't light up in fancy patterns like the arcade machine, but they still need to track foot movement with more nuance than your average dance pad. Perhaps we'll see it in the next console generation? 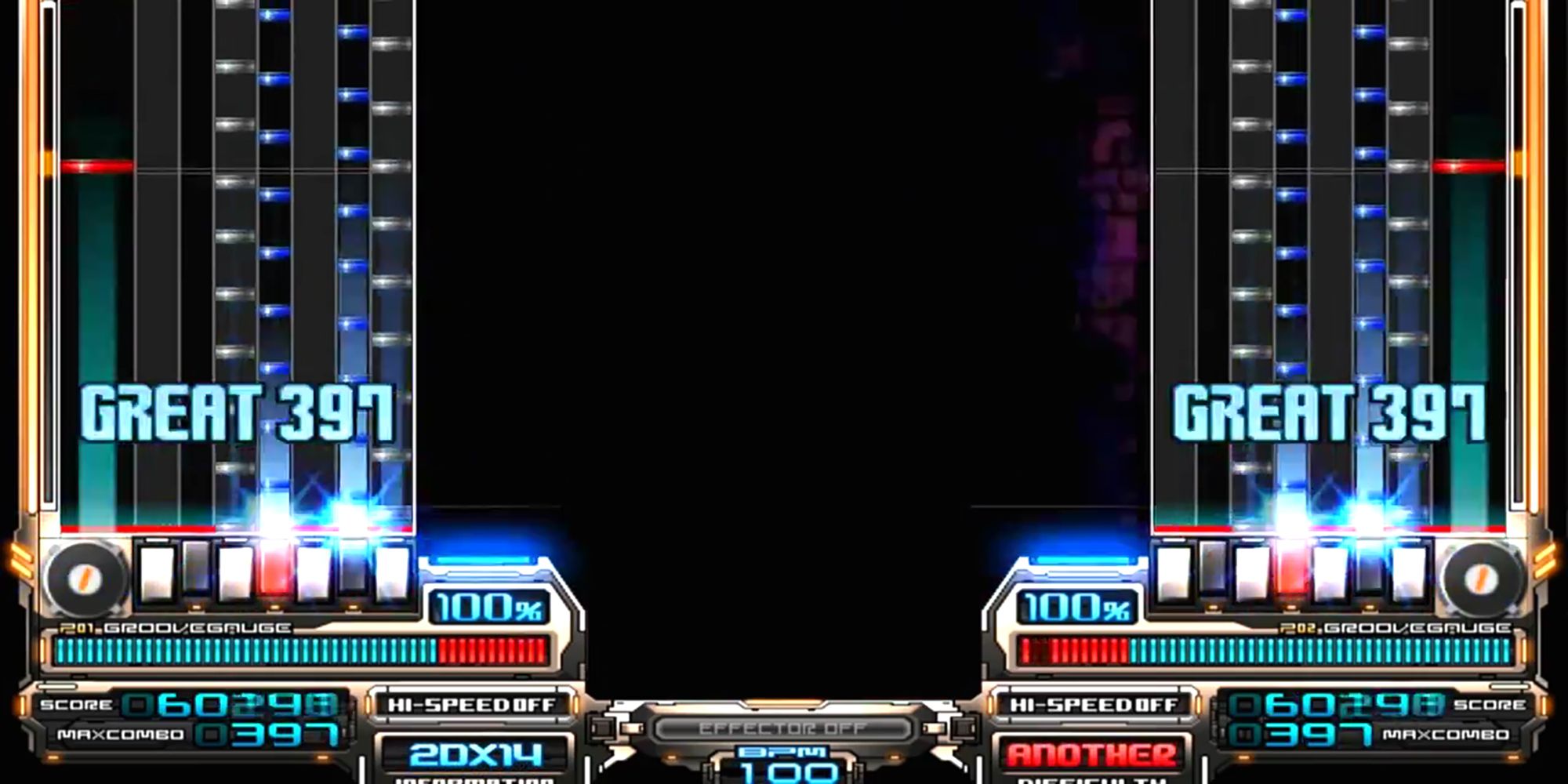 Behind Dance Dance Revolution, Beatmania is Bemani's signature series. Furthermore, it is Bemani's first music game. This game simulates the DJ experience with a set of keys and a turntable. Its gameplay style, hitting notes in time with the music and on-screen display, laid the foundation for several other Bemani series, like Pop 'n Music and DDR.

Our most prominent argument for a new Beatmania console port, especially in the west, is that similar games are doing well right now. For instance, DJMax RespectV has gotten solid critical reception and a large enough community to launch plenty of DLC. So why shouldn't Beatmania (or Beatmania IIDX, as the series has become) get its international console launch? 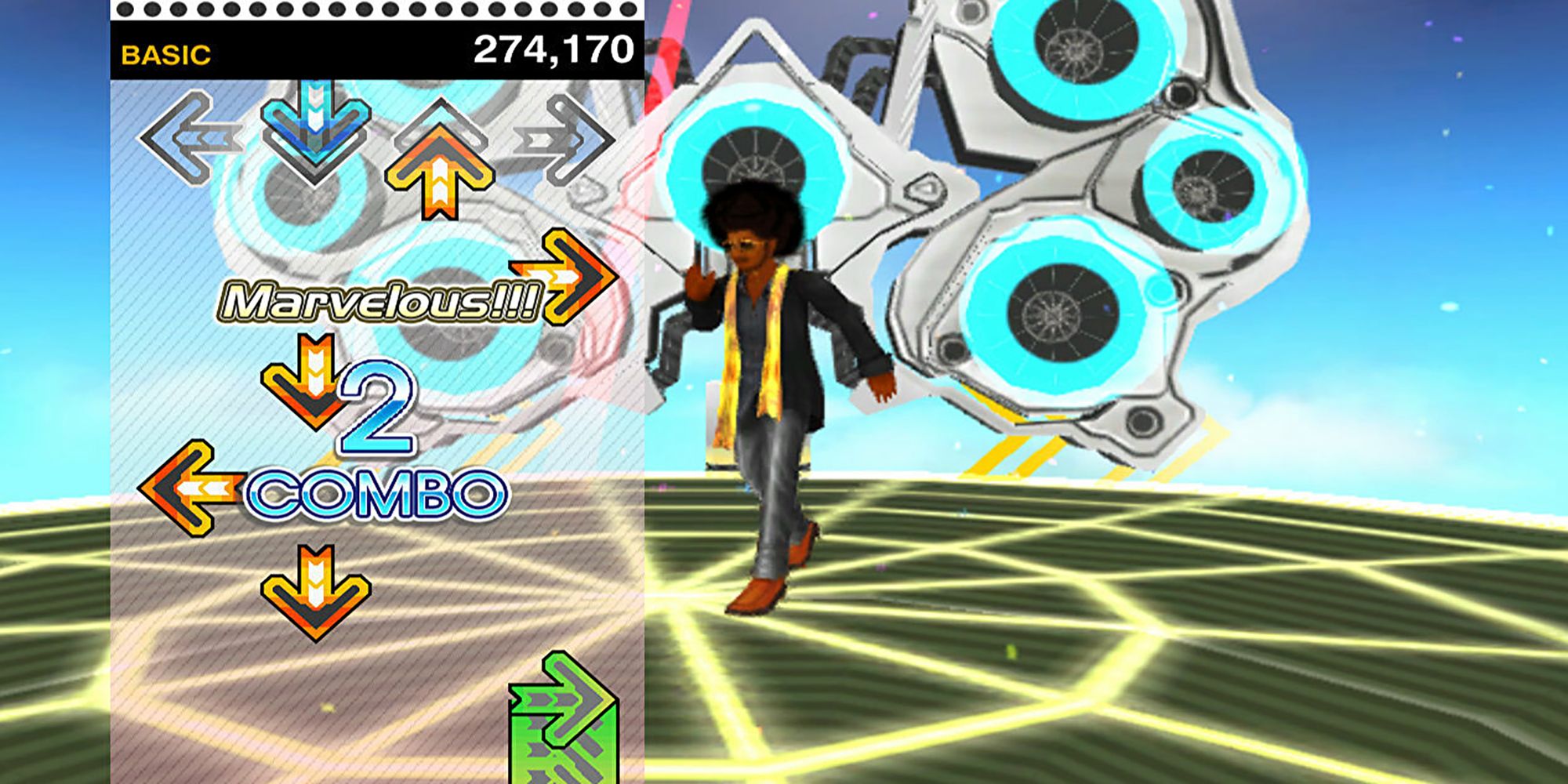 While Beatmania is the inaugural Bemani game and arguably the most popular Bemani game in Japan, Dance Dance Revolution (DDR) is Bemani's namesake internationally. For example, there was a time when new annual DDR games were launched on various consoles internationally between 2001 and 2011. But, unfortunately, the series' moment in the sun passed with the dawn of motion-capture controls. However, you can still find new launches in arcades.

DDR suffered from a case of market saturation in the early 2000s. However, after more than a decade, it feels time for DDR to make a comeback. Even if the idea of stomping on a dance mat seems archaic, various updates could get made to catch the series up to the times. For instance, a Bluetooth-enabled wireless dance mat is a welcome improvement! Furthermore, nothing feels the same or burns up as much sweat as frantically stomping the dance floor to Dynamite Rave!

🎶COME ON EVERYBO-AH-DAY AND GET ON THE FLOOR!🎶