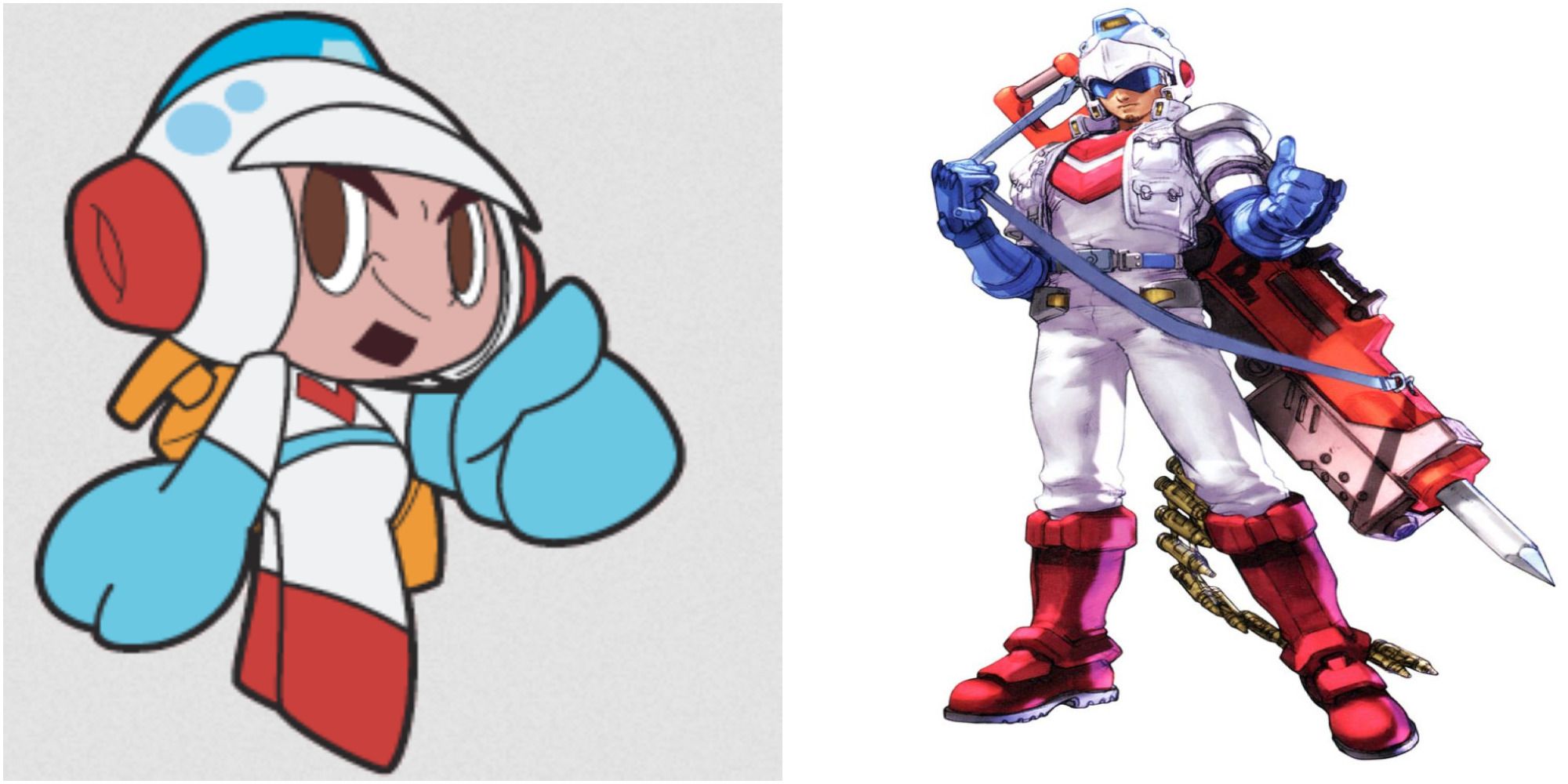 Taizo Hori is the main character of Dig Dug, and is also the father of Mr. Driller. He is also one of the few retro arcade characters to appear in the Japan-exclusive PlayStation 2 title, Namco x Capcom, a predecessor to the Project X Zone Duology. Taizo Hori is notable for being the character to receive the most drastic design change in the game.

Instead of the simple design used for the first game, or the cartoony redesign from the Mr. Driller series, Namco X Capcom used a more realistic-looking design. We should probably be thankful Pac-Man didn't appear in the game with a similar redesign, as it may have been terrifying. 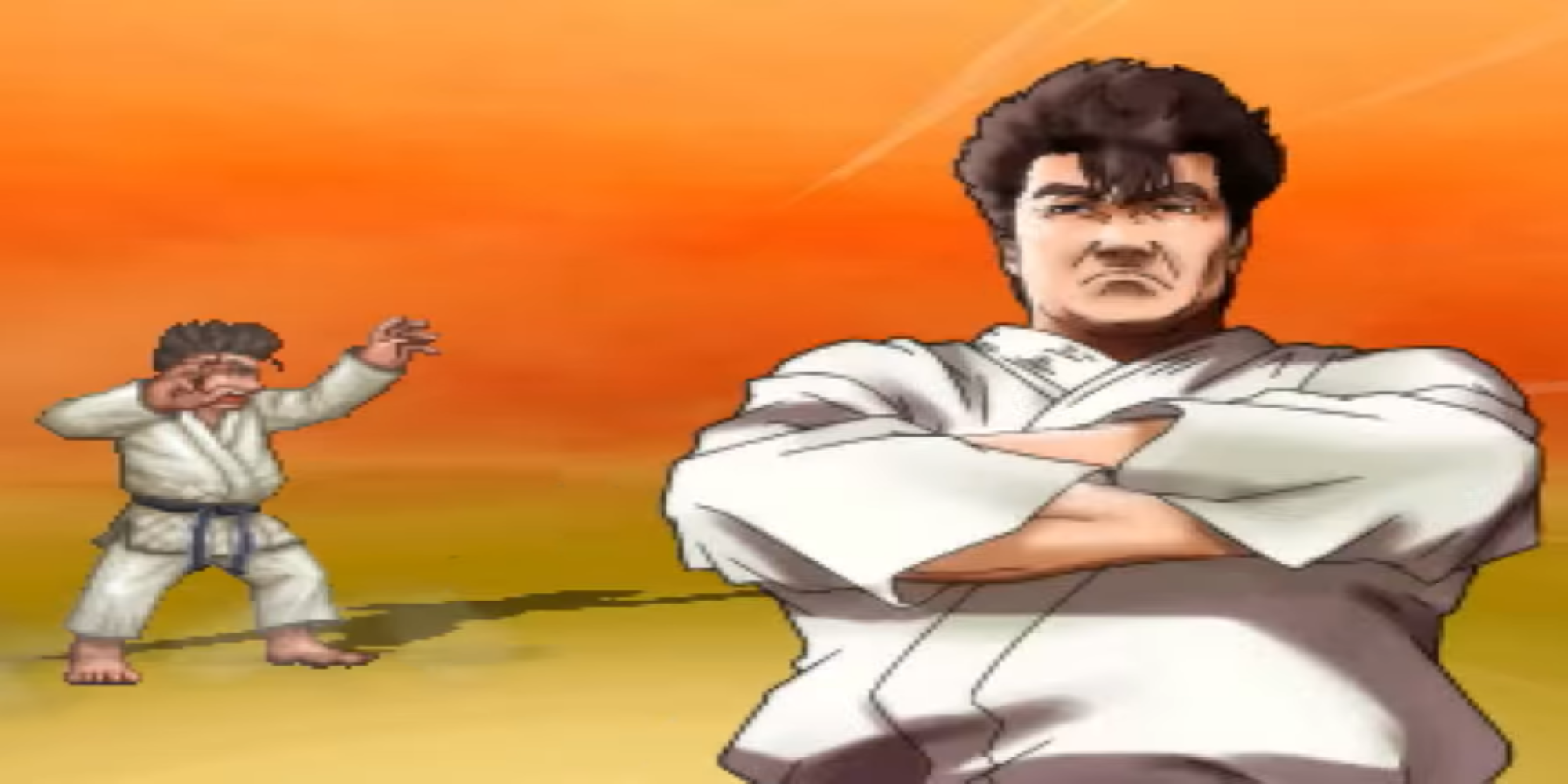 It wasn't easy to choose between Sega icon Segata Sanshiro and the pair of Kazuma Kiryu and Goro Majima from Yakuza. However, this marks Segata's only playable appearance in a game, while Majima and Kiryu have had playable guest appearances in other titles. Segata Sanshiro was a Sega mascot that appeared in a series of commercials throughout the late 1990s.

In a 2020 commercial, Segata's son, Sega Shiro, made his debut appearance. He was portrayed by Maito Fujioka, the actual son of Segata actor Hiroshi Fujioka — who also played the main character Takeshi Hongo in the original Kamen Rider series from 1971. 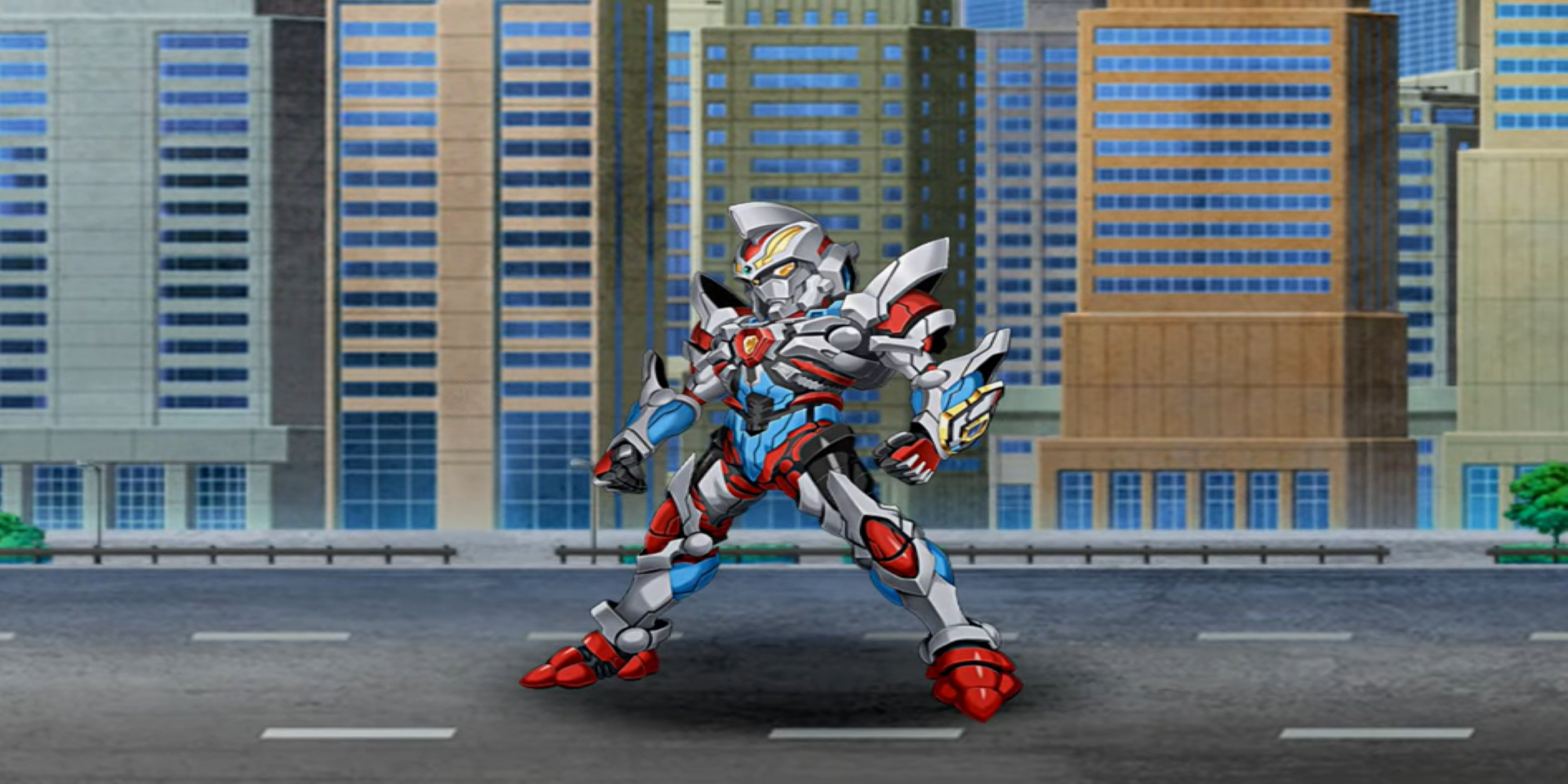 While somehow no Transformers have appeared in the Super Robot Wars series, Gridman's MAX form is heavily inspired by Optimus Prime. This may be the closest fans ever get to having the Autobot leader as a playable unit. 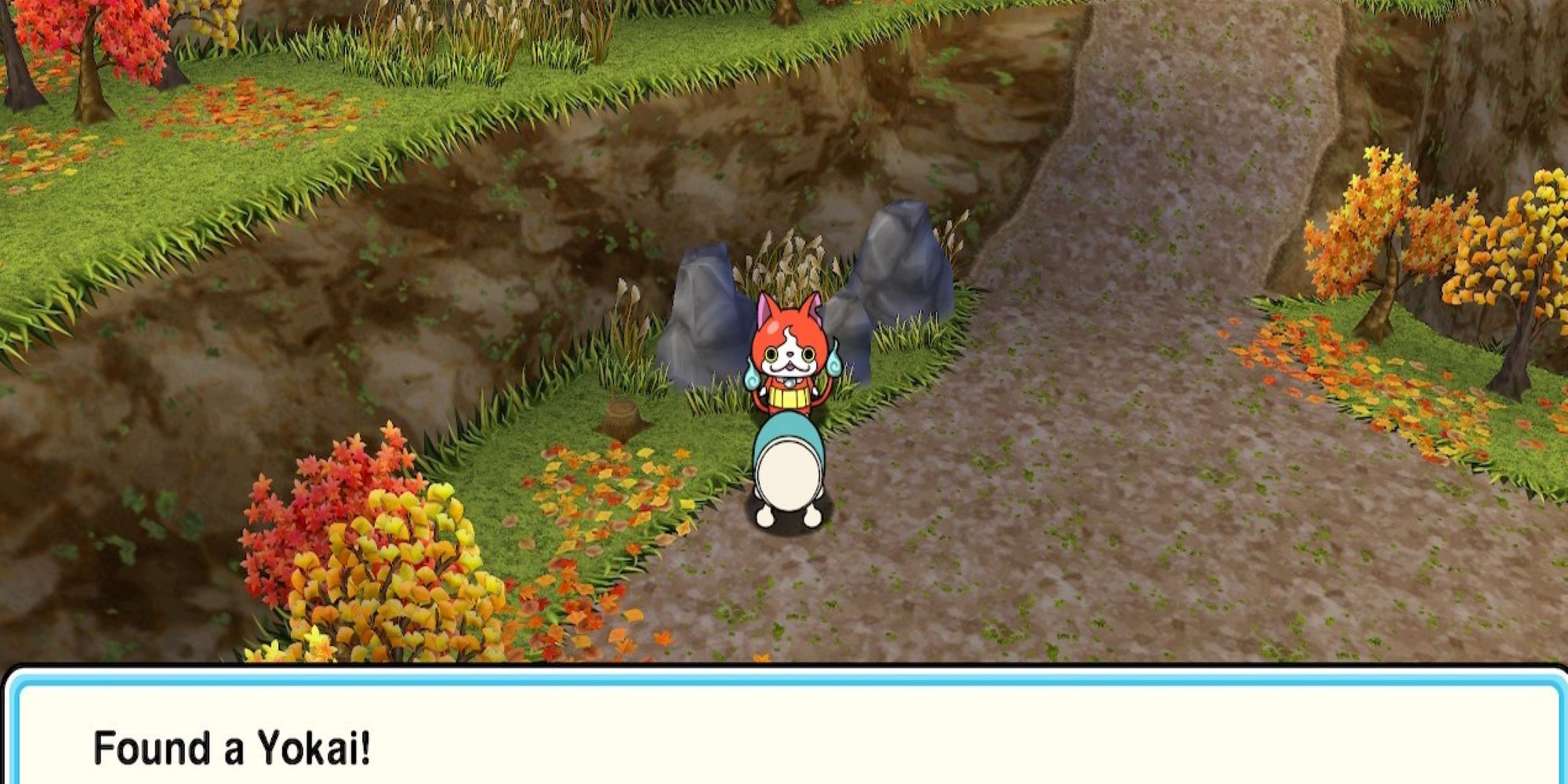 Taiko Rythmic Adventure Pack, a pair of two JRPG spin-off titles of the Taiko No Tatsujin series, features a guest appearance from the Yo-Kai Watch character and mascot Jibanyan. Not only that, but Jibanyan can join the player's party and help fight against enemies during battle, using his signature Paws Of Fury attack.

There is also a Jibanyan outfit that Don-Chan can wear in each game, once the player has unlocked it by clearing the appropriate songs. Gera Gera Po no Uta and Yo-Kai Watch Exercise No. 1 are the first opening and ending songs of the Yo-Kai Watch anime series. 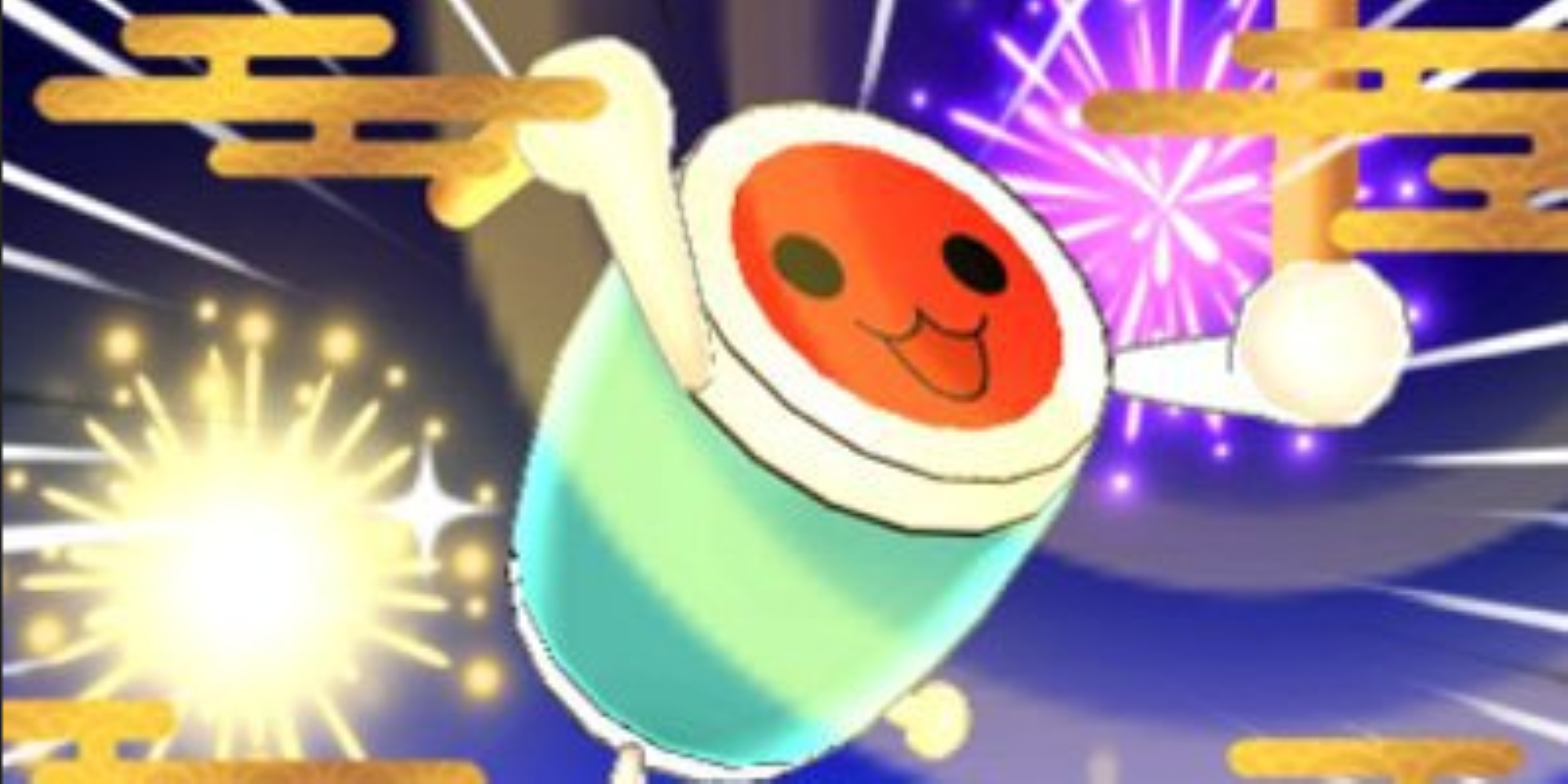 Don-Chan, one of the mascots of the Taiko no Tatsujin series, also appears as a befriendable Yo-Kai in Yo-Kai Watch 2 and Yok-Kai Watch 3. In both versions of Yo-Kai Watch 2, Don-Chan can either be encountered after the player has completed the Inspirited Away quest, or received from the crank-a-kai machine after traveling back to the past.

In Yo-Kai Watch 3, Don-Chan can be befriended after the player has completed the "You're Invited to DON-CHAN's Bash!" quest. Yo-Kai Watch 3 also has the player fighting against three Don Chan instead of one, increasing the likelihood that the player will befriend him. 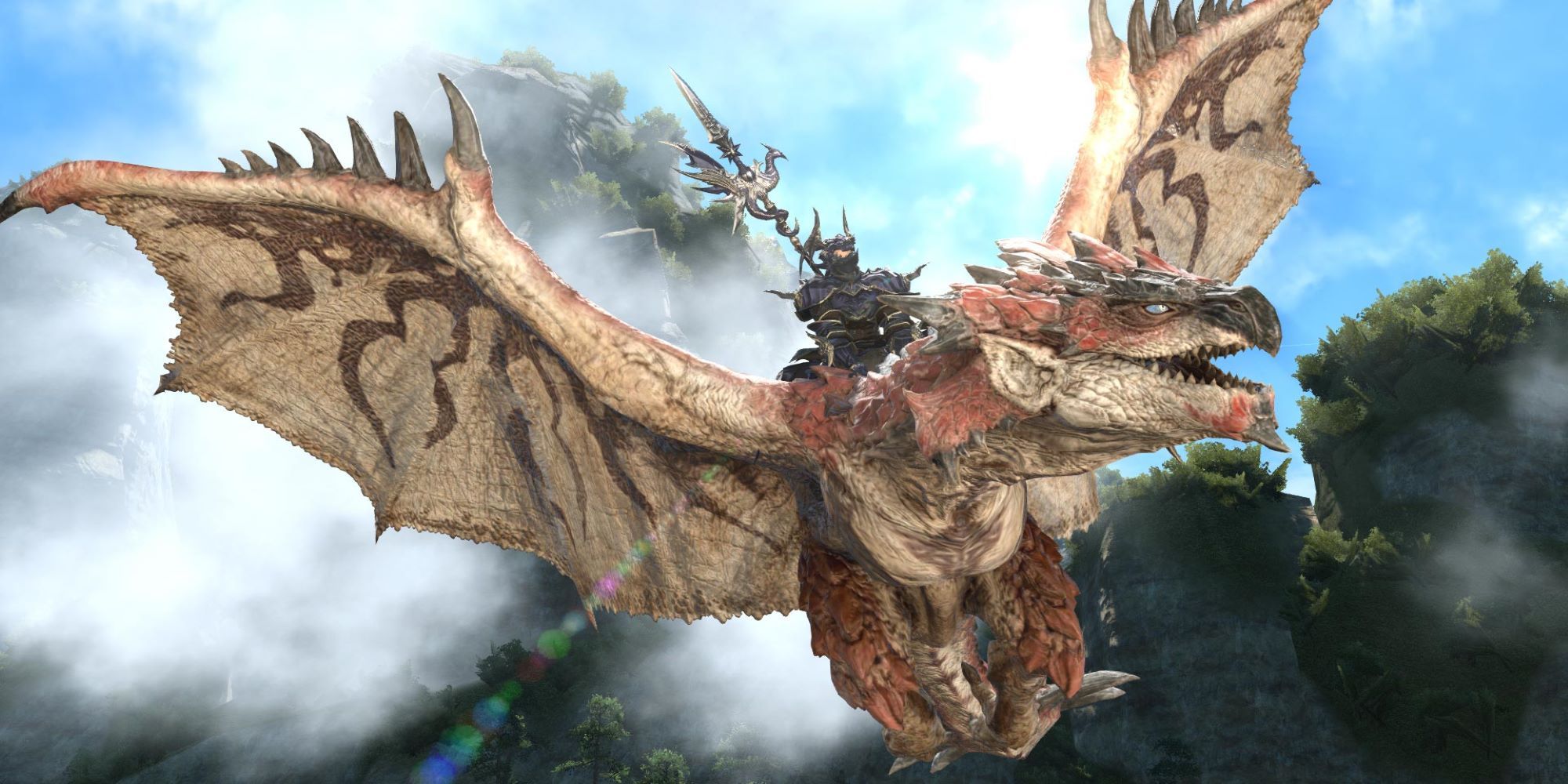 Critically acclaimed MMORPG Final Fantasy XIV is no stranger to crossover events. The game features content from Dragon Quest, GARO, Nier Automata, and even Yo-Kai Watch. While usually these events only have minions or mounts that players can unlock, some have boss fights.

The most notable boss fight from crossover content is against the Rathalos from Monster Hunter: World, who has his own unique mechanics that players must be aware of if they want to be victorious. After it has been defeated, there is also a very low chance that the Rathalos will drop a Rathalos Whistle, which lets any player who obtains it use the Rathalos as a mount. 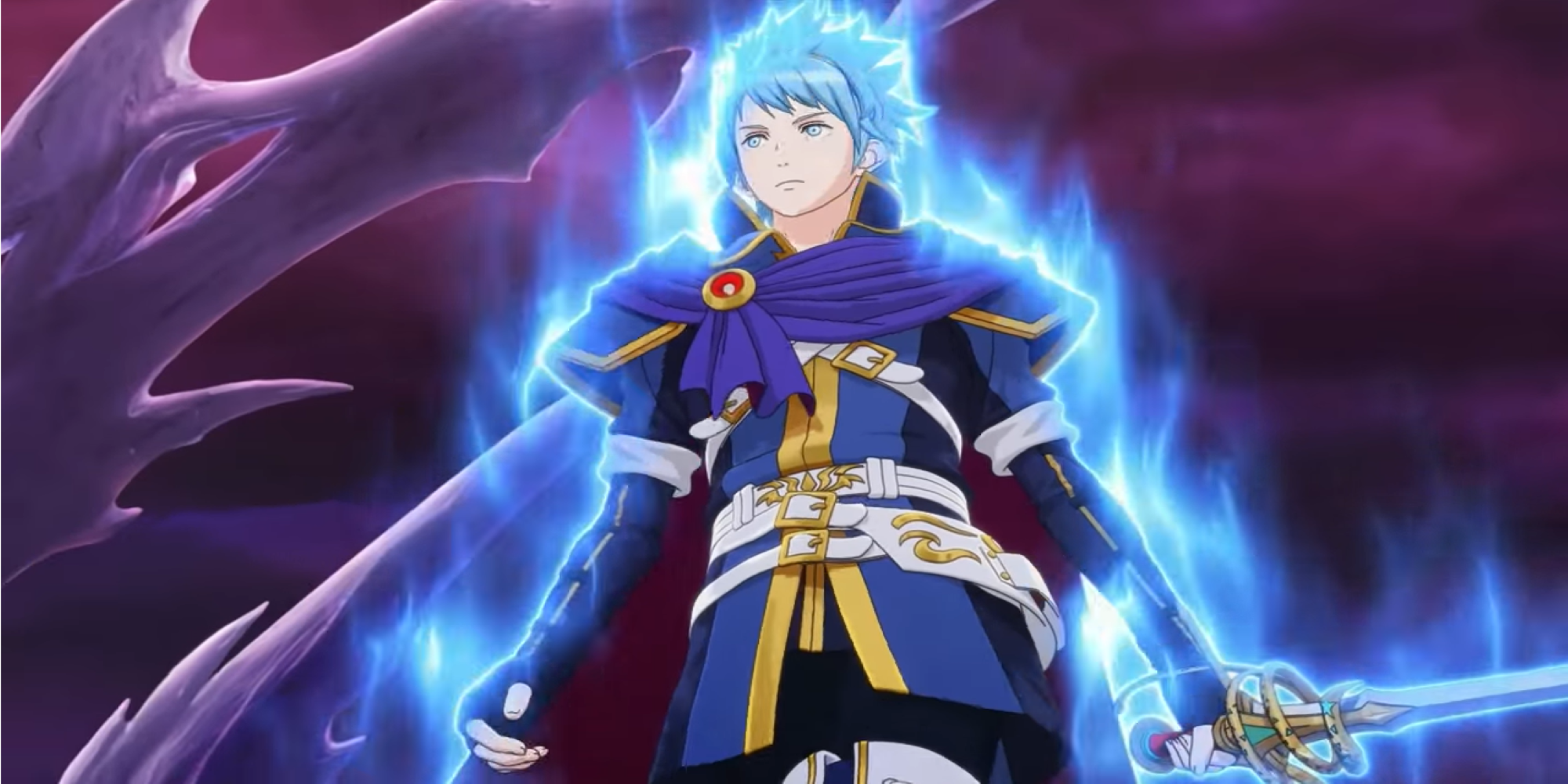 While many Western Fire Emblem fans first learned of Marth from Super Smash Bros. Melee, he first appeared in Fire Emblem: Shadow Dragon and the Blade Of Light, the first game in the Fire Emblem series, which originally launched for the Nintendo Entertainment System in 1990. Although it wasn't officially localized until it launched on Nintendo Switch 30 years later in 2020. 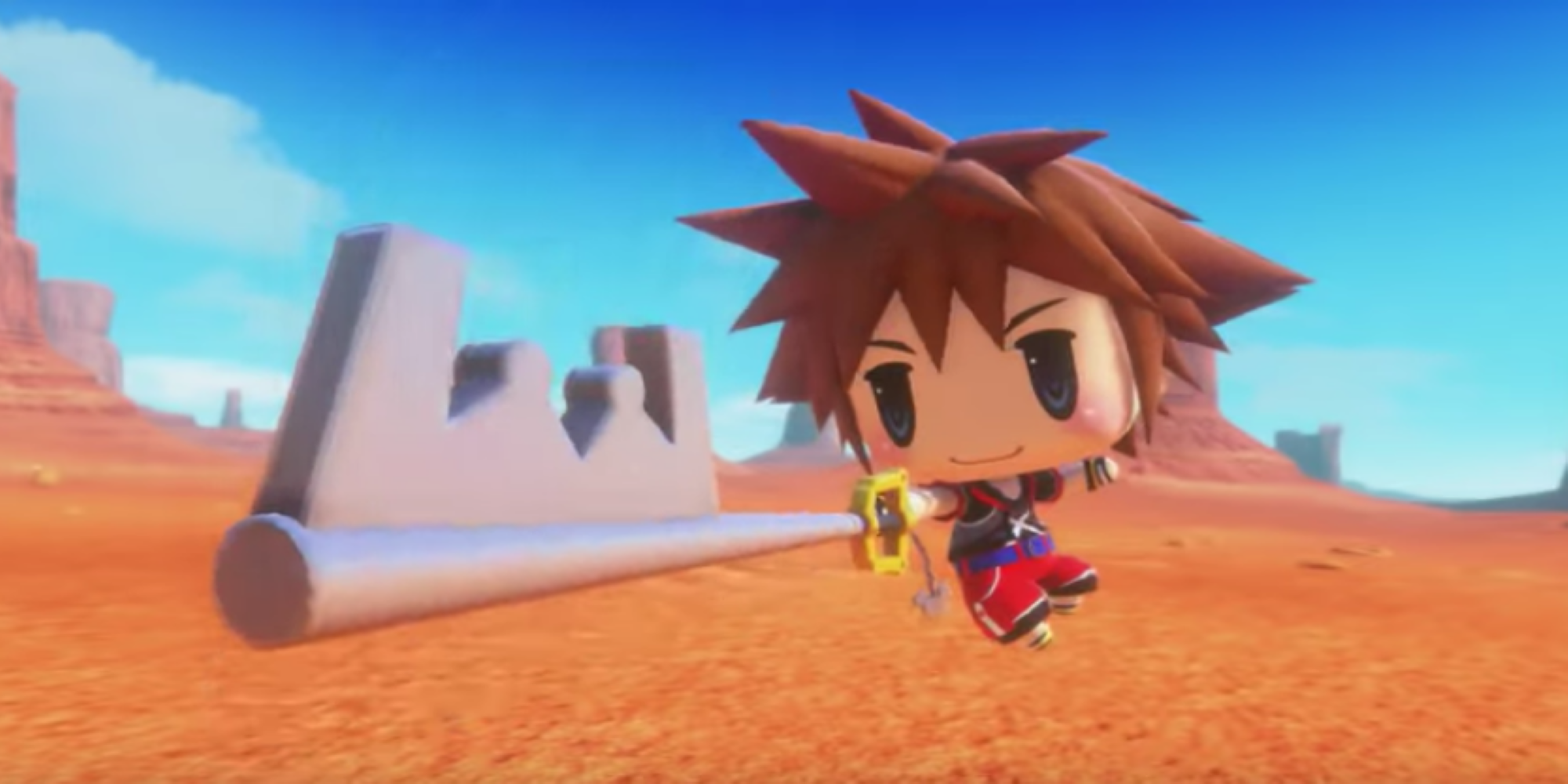 When summoned, Sora uses an attack called Ragnarok, which deals light elemental magic damage to one enemy and casts regen on all party members. While Haley Joel Osment doesn't voice Sora in this appearance — since he says nothing in the English version of World of Final Fantasy — the Japanese version has Miyu Irino reprise his role. 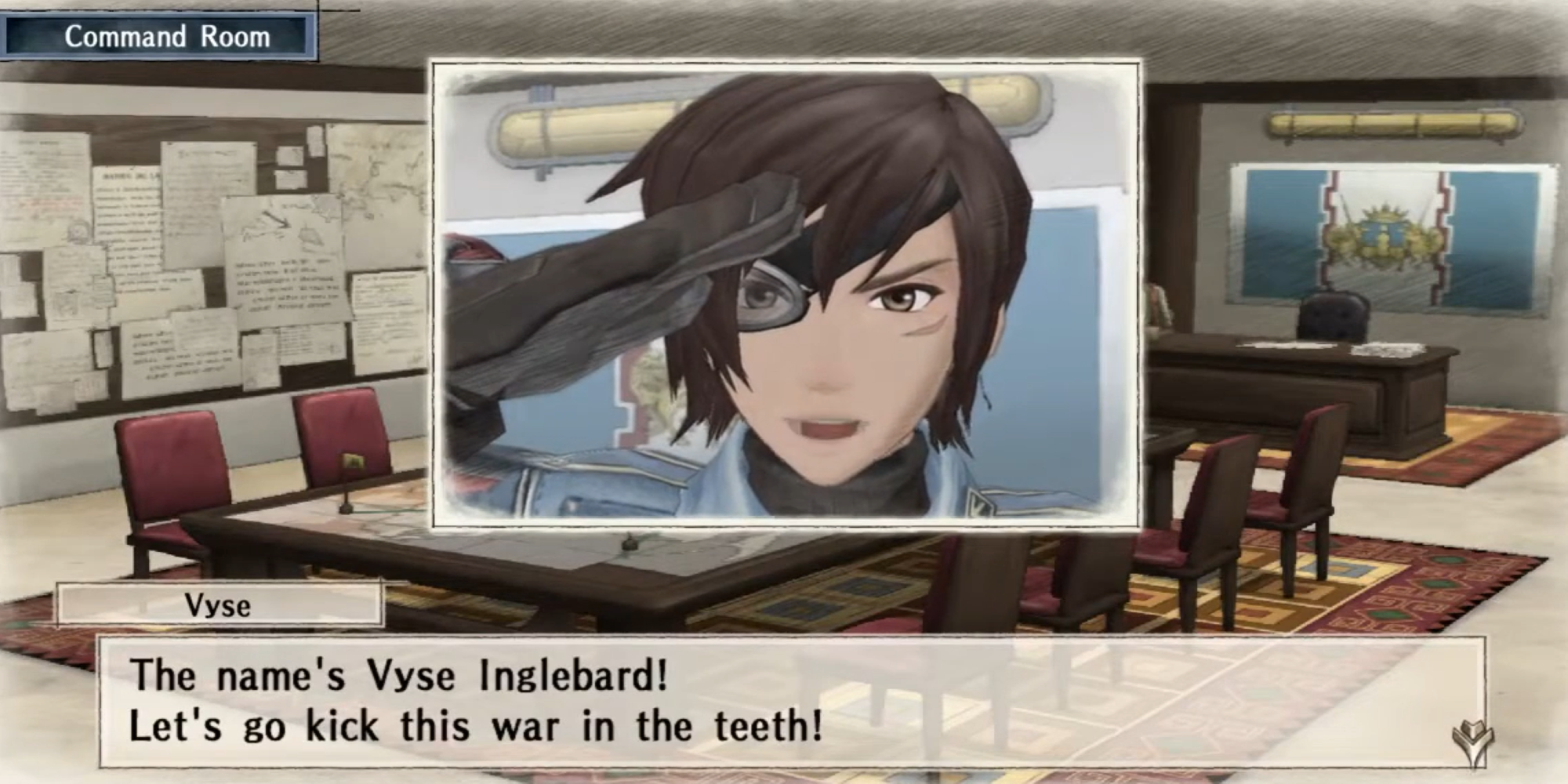 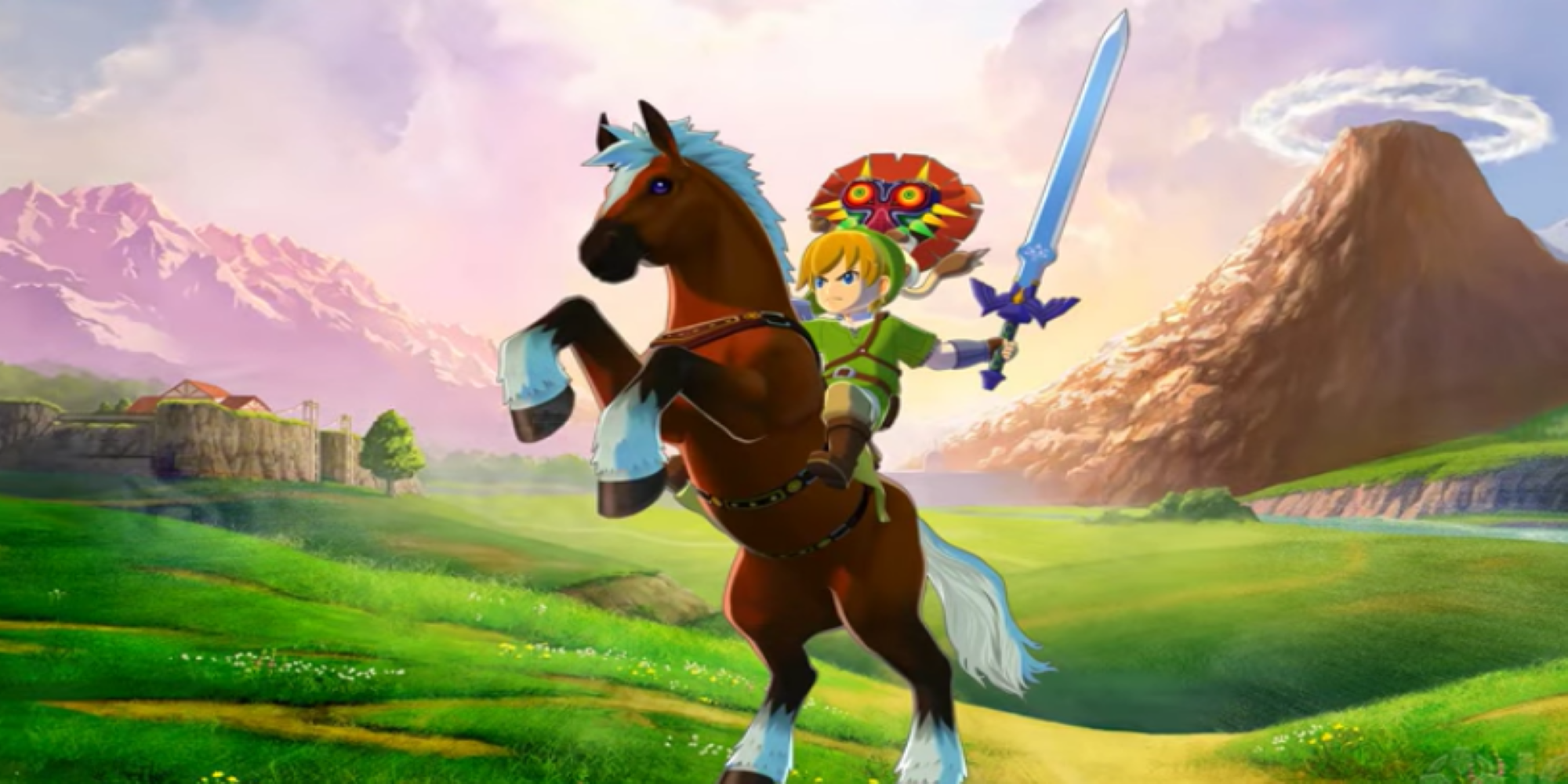 Although there is some crossover DLC with other video game series in Monster Hunter Stories, Epona is the only monstie to come from these crossovers. Other Legend of Zelda DLC that came with unlocking the Epona monstie included the Hero's Sword sword & shield weapon, Link's traditional green outfit, and Majora's Mask. 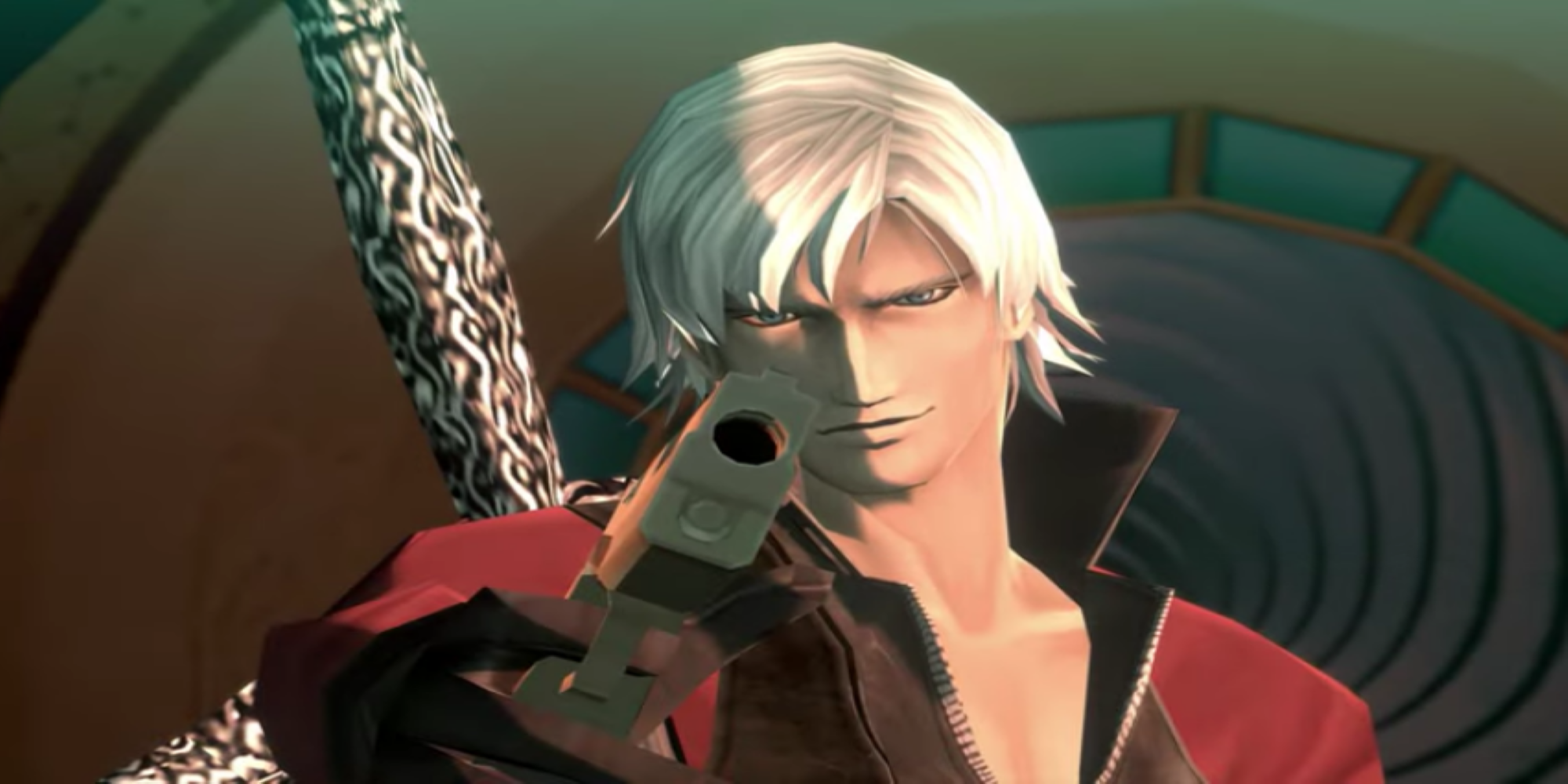 Most people in the video game space know about the meme "featuring Dante from the Devil May Cry series" — text originally put on the European cover of Shin Megami Tensei III: Nocturne, which at the time was called Shin Megami Tensei: Lucifer's Call in Europe.