Stranger of Paradise: Final Fantasy Origin is the latest game from Team Ninja in collaboration with Square Enix and Tetsuya Nomura. Taking gameplay queues from the dev team's previous releases, Nioh and Nioh 2, Stranger of Paradise takes a more souls-like approach in its combat while adding a job system for character progression.

As to be expected with any work where Nomura is attached, there are several moments and additions that don't make a lot of sense in the game. While some will resonate with this over-the-top, nonsensical action game, others may feel more lukewarm about the story, characters, and overall structure.

Spoilers for Stranger of Paradise: Final Fantasy Origin are ahead. 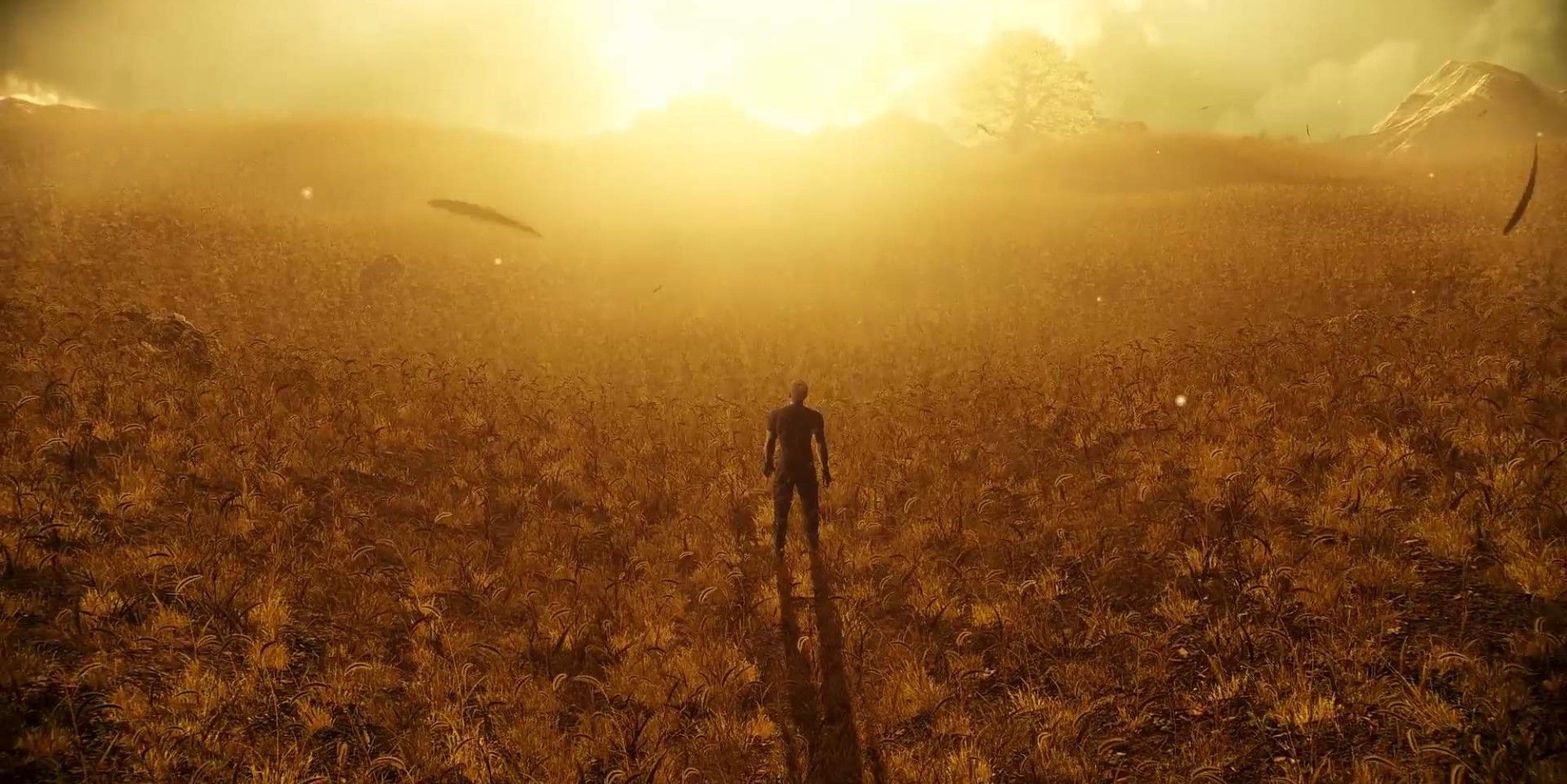 The moment where Jack Garland played Limp Bizkit in the second demo for Stranger of Paradise was talked about quite a bit. However, even that moment couldn't prepare players for what was to come in the final release.

Sinatra's song My Way was used in the game, leading to a lot of questions about the jazz legend's existence in Final Fantasy. Is it possible that Sinatra existed in that world at some point? If that's the case, what other musical figures could be in the franchise's lore?

9 The Real Chaos Was You The Whole Time 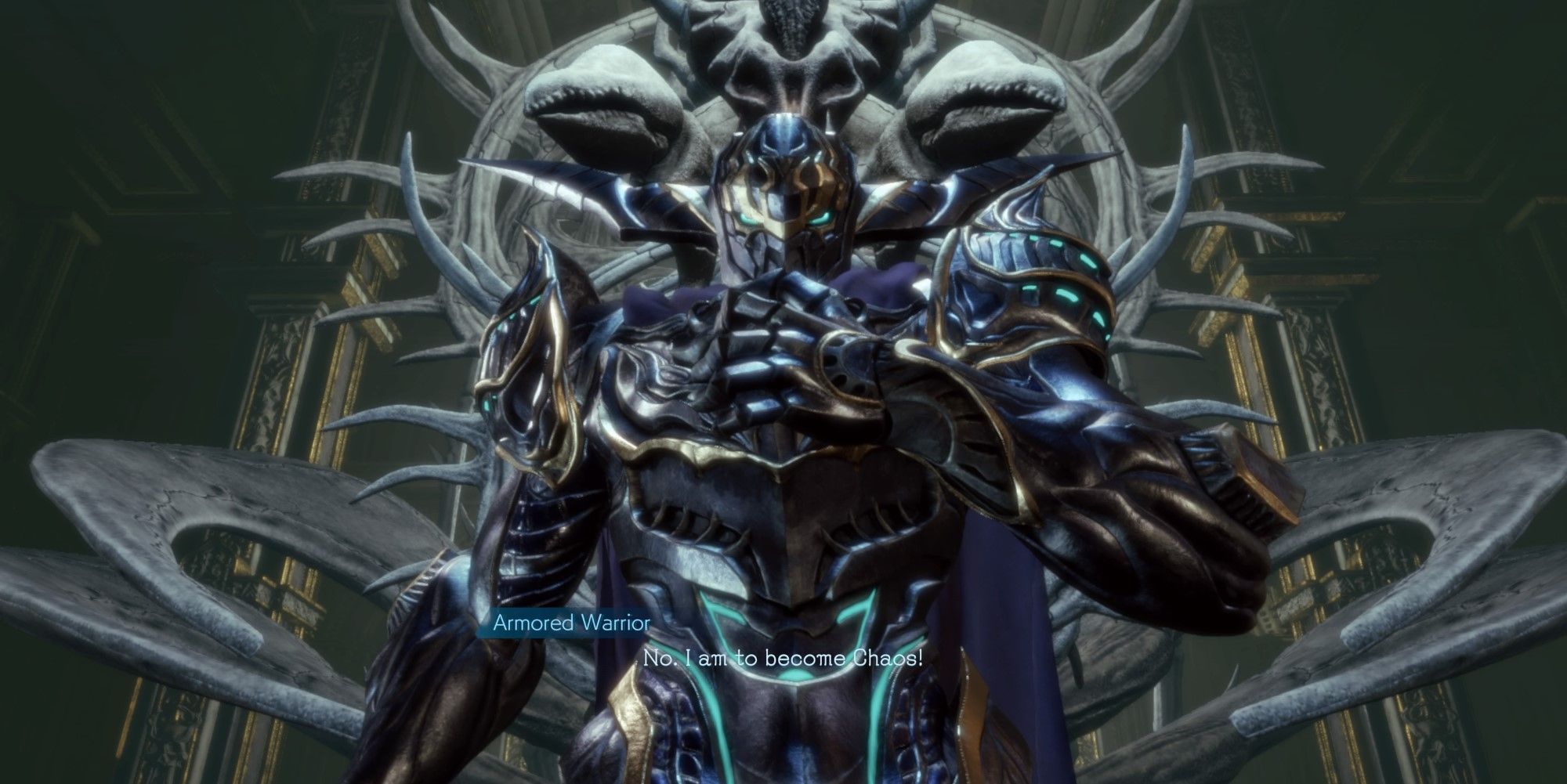 Perhaps the most notable element of Stranger of Paradise was how the main character was hellbent on killing Chaos, as spotted in the first trailer. This sentiment rings true throughout the game, with Jack wasting no time in getting what he wants. In a bizarre, if expected turn of events, though, it turns out that Jack Garland inevitably becomes Chaos in the end.

The idea of an edgy protagonist trying to hunt down a future version of himself is hard to explain, and will no doubt leave you scratching your head once the credits roll.

8 How Did 2000s Fashion Exist In This Fantasy Landscape? 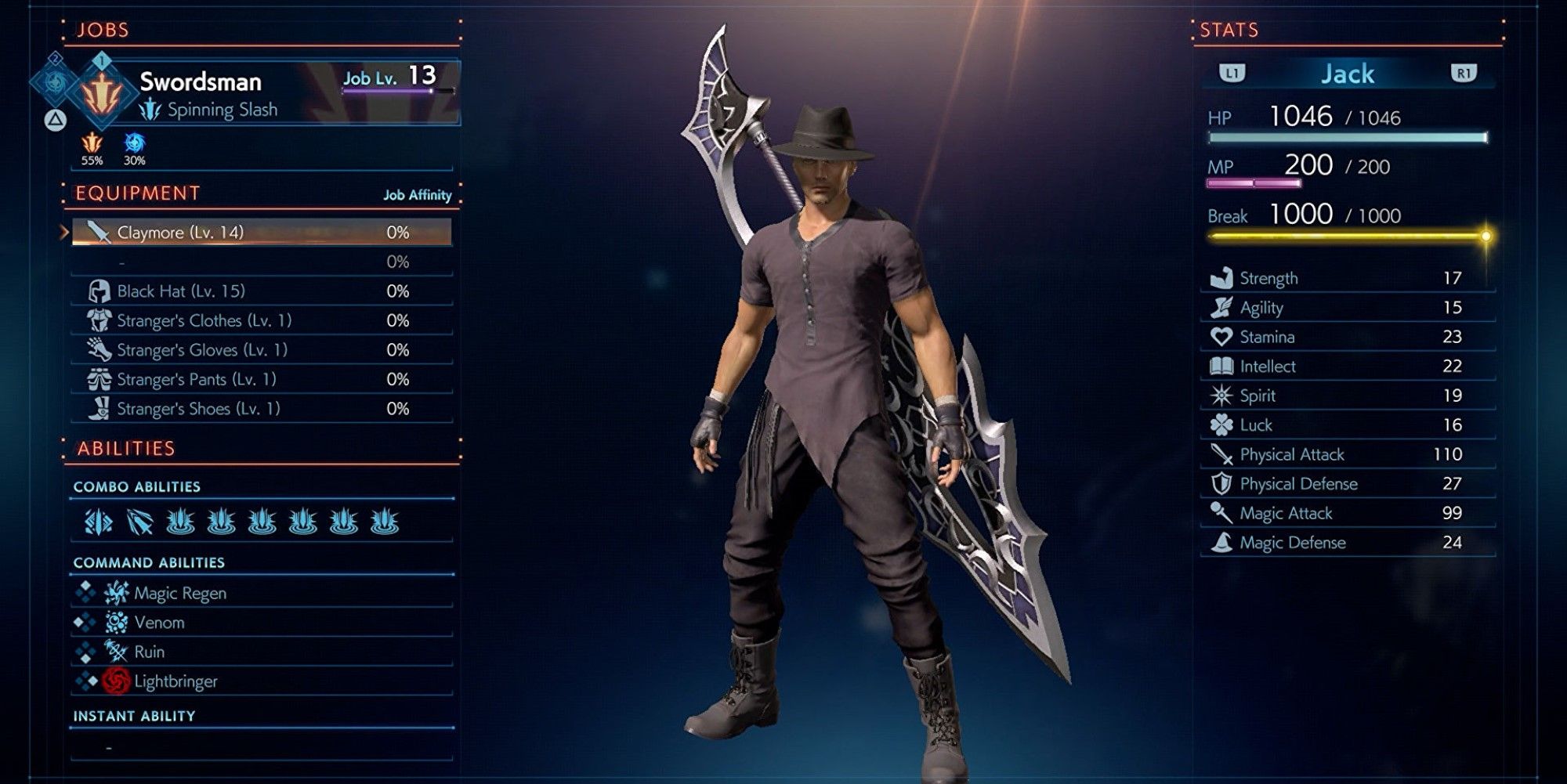 One thing people were quick to point out with Stranger of Paradise's reveal and release was that the main characters were wearing outfits from the modern era. That isn't too confusing on its own, but what makes it weirder is that the game is essentially a prequel to the original Final Fantasy.

Think about how the world moved from Frank Sinatra, denim jeans, and hoodies to a fantasy setting with black mages and knights of yore. How is that a thing? Even worse, other characters in the game are wearing traditional fantasy garb, making the bizarre fashion choices even more obvious.

7 No Killing, Only Crystals 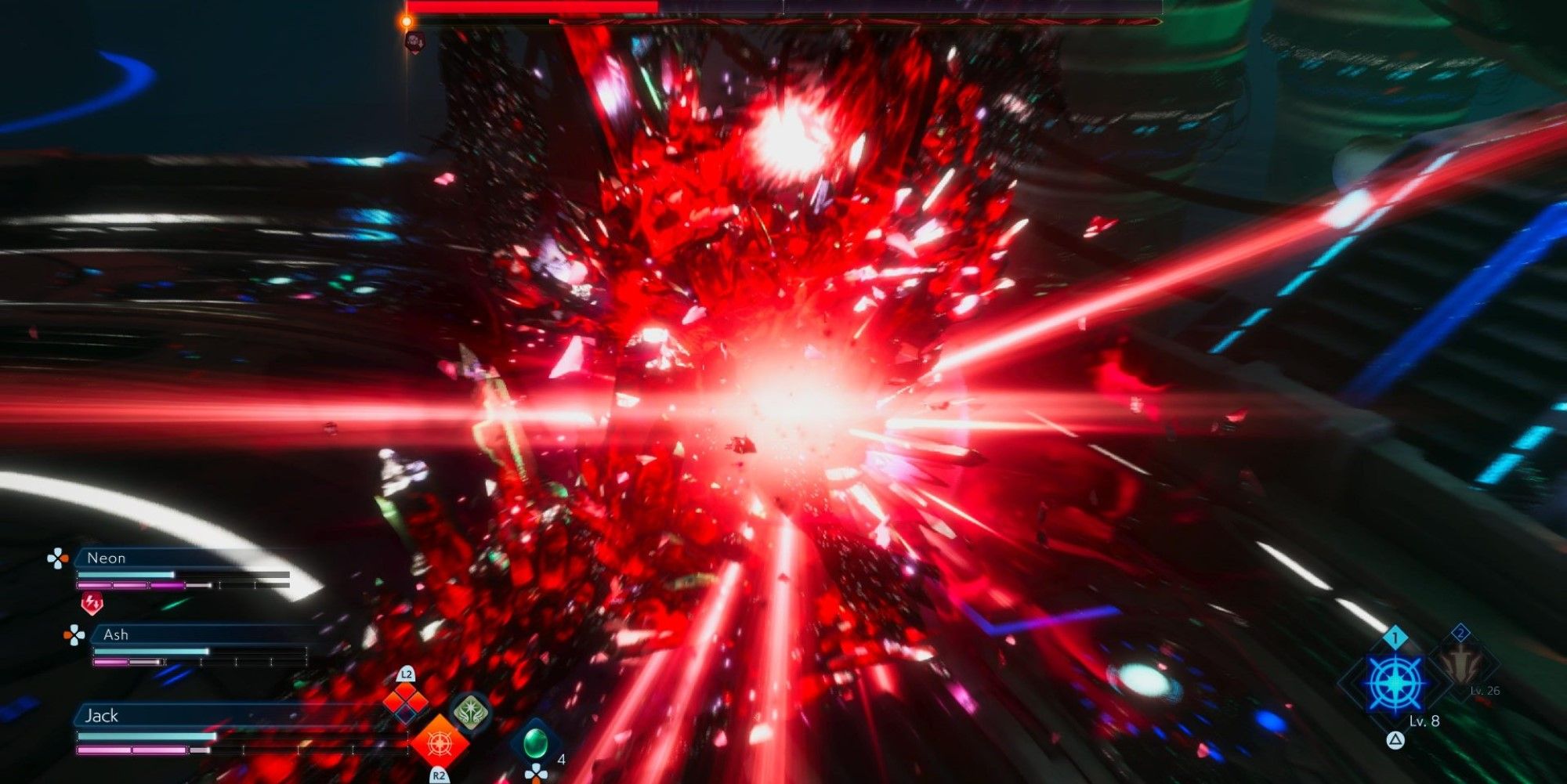 Nioh and Nioh 2 had a lot of brutal critical hit and execute animations. It makes sense that Stranger of Paradise would continue that trend, but there was a bit of a catch: Garland doesn't rip enemies in half or bash their heads in. Instead, he turns them into crystals, then shatters them to pieces.

The in-universe explanation for this is murky at best, but some have pointed out that it was likely to make the game more accessible due to Final Fantasy being a popular brand. Needless to say, turning enemies into crystals just to shatter them was an odd choice. 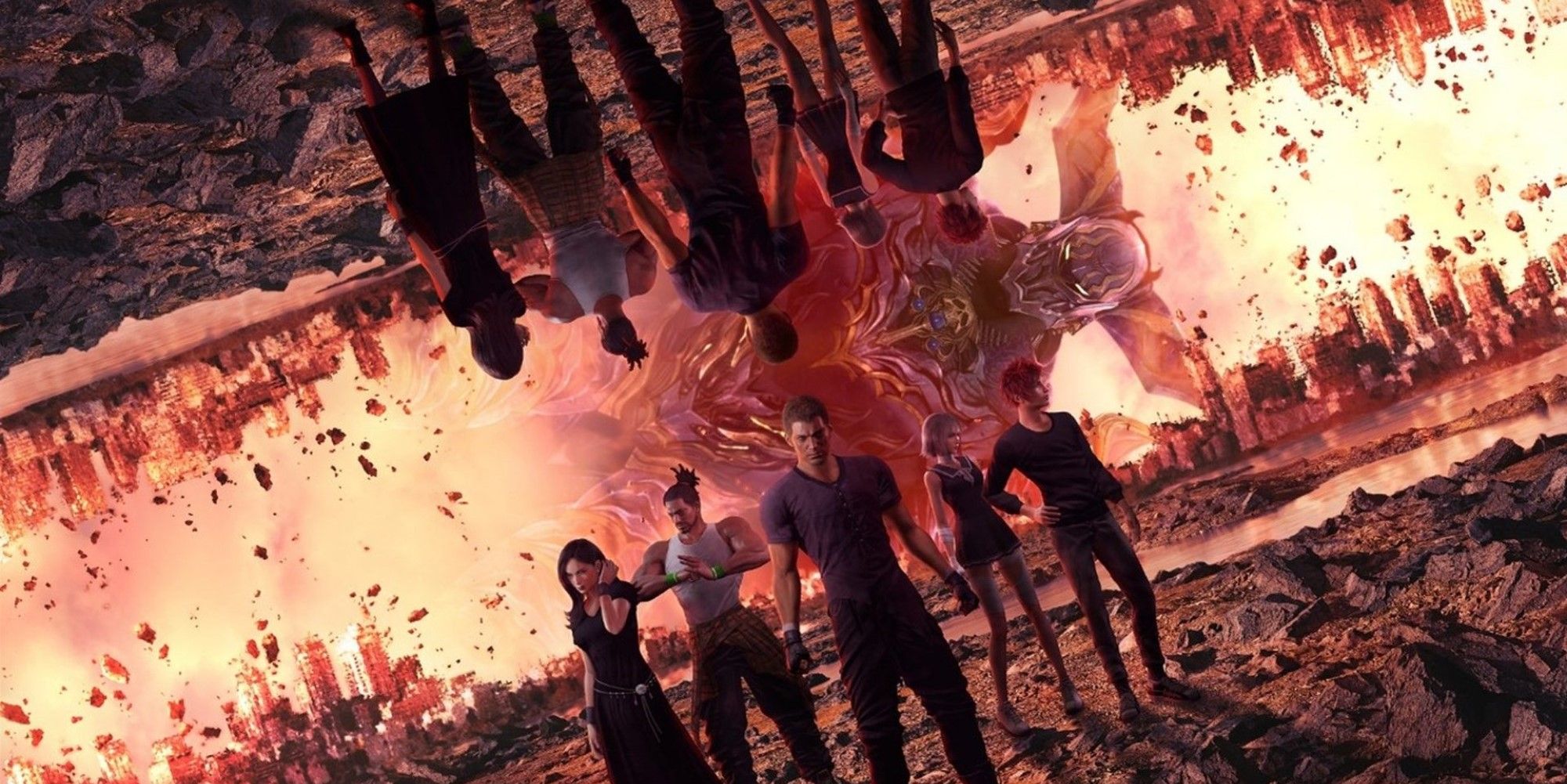 Numerous JRPGs seem to be utilizing time travel more and more. Dragon Quest XI, Xenoblade Chronicles, and Kingdom Hearts all use this confusing concept. As if Stranger of Paradise wasn't confusing enough, it also uses time travel in its narrative.

As is the case in most time-bending stories, the explanation of time travel raises more questions than answers. People seem to know Garland's name, but don't know that Jack becomes Chaos. Structures from different eras also pop into existence, which makes the story harder to follow.

5 Understanding The Story Through Orbs 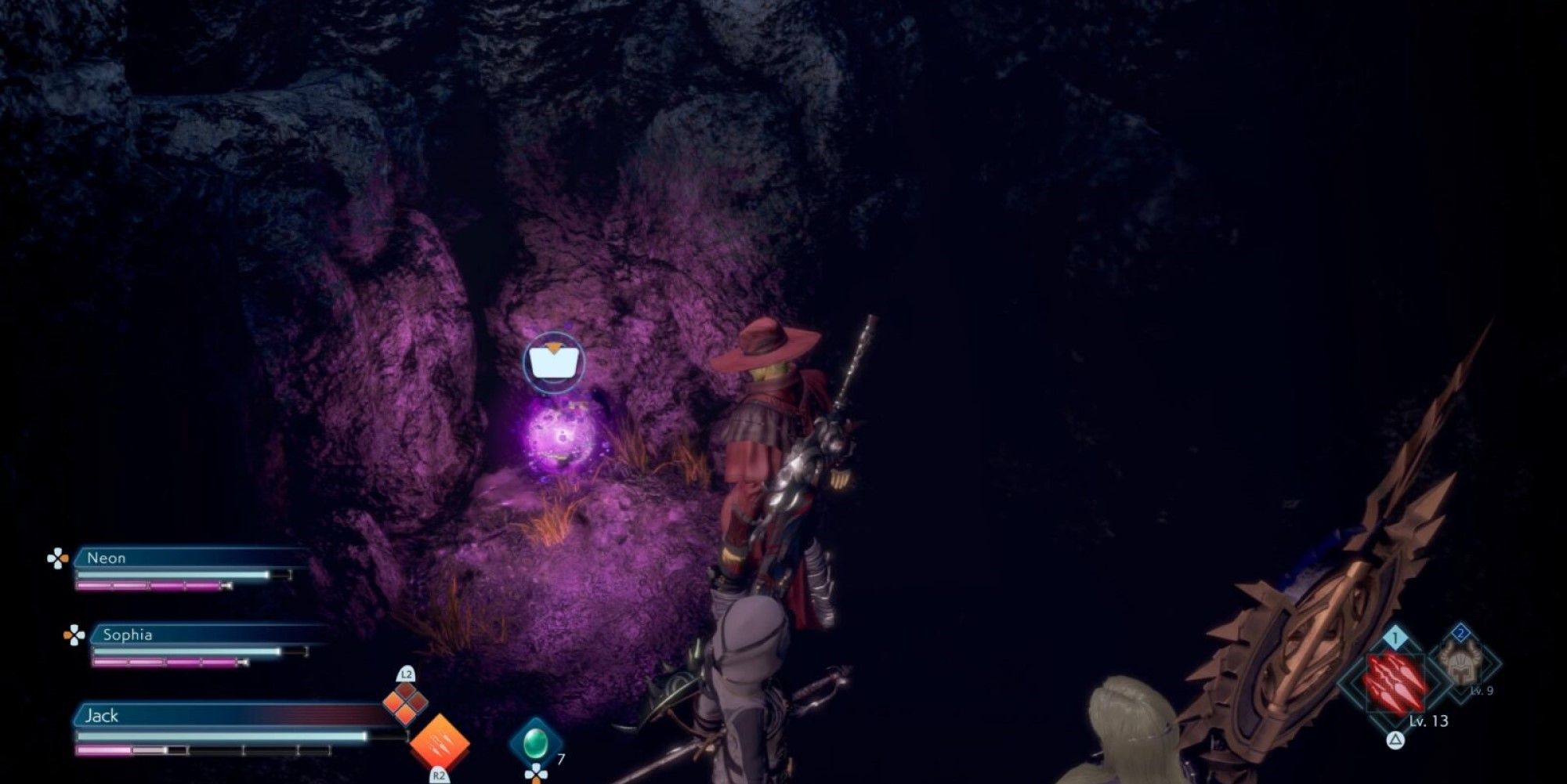 Souls games have a tradition of hiding their lore away in text boxes, item descriptions, and NPC dialogue. Stranger of Paradise takes a similar approach by hiding a large chunk of its narrative on orbs.

Reading the orbs adds more context to the events of the game, but it's a lot of busywork to try and make sense of the story. Even then, the final product adds a lot of elements from alternate dimensions, a malicious organization, and the Prophecy about the Warriors of Light.

4 We Aren't Sure If The Game Is Canon 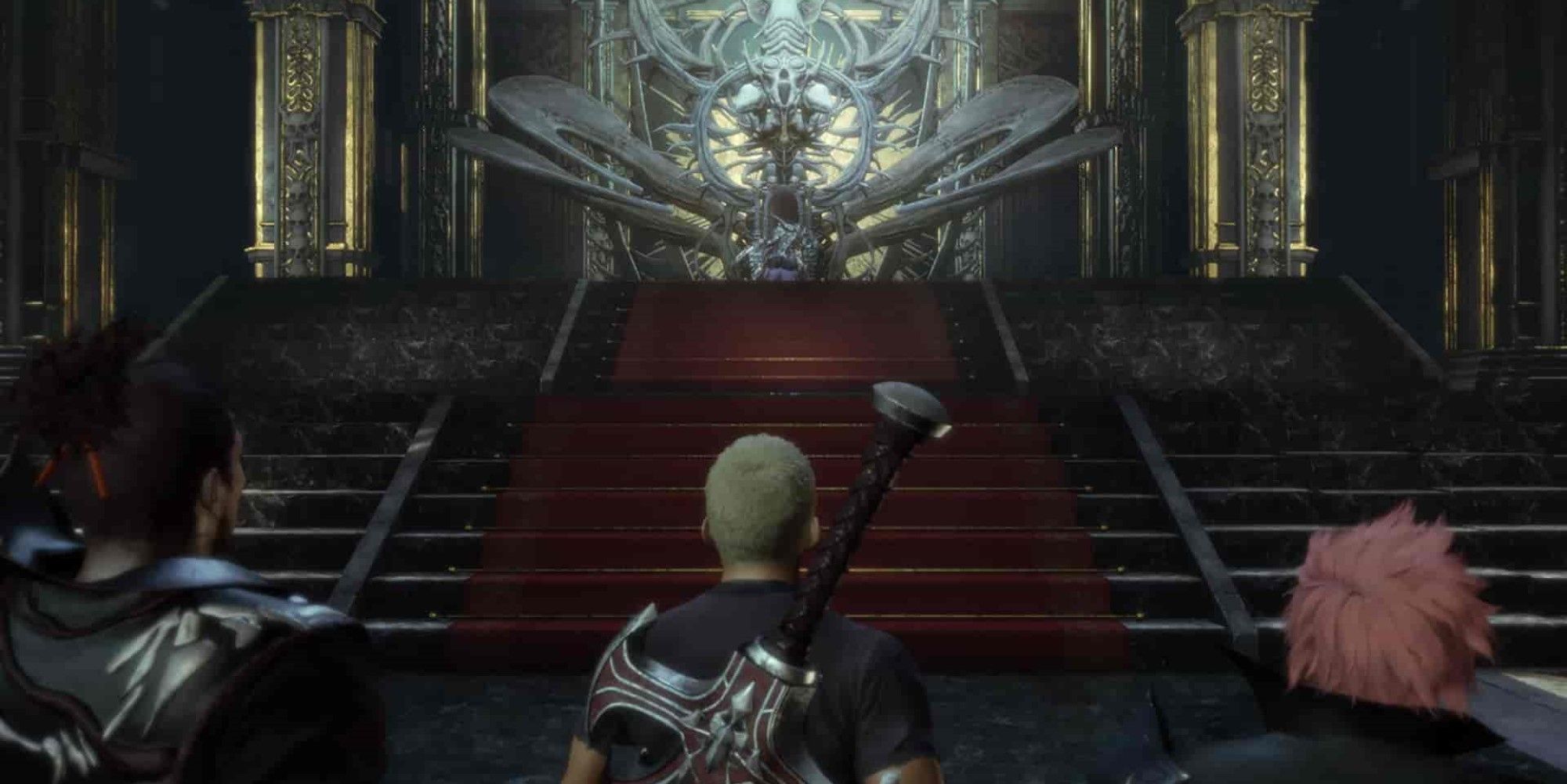 While the game's title might lead you to believe that Stranger of Paradise: Final Fantasy Origin is canon, the reality is that we don't actually know.

The story as presented doesn't make much sense as a direct precursor to the events of the first game. On the other hand, with the plot centering around the antagonist of that game as well as the cycle that trapped the world, it's hard to argue against it. However, there is an upcoming DLC for the game called Different Future which may be more direct in its leadup to Final Fantasy, or it might be something different.

3 Wait, Are The Other Final Fantasy Games Connected To This One? 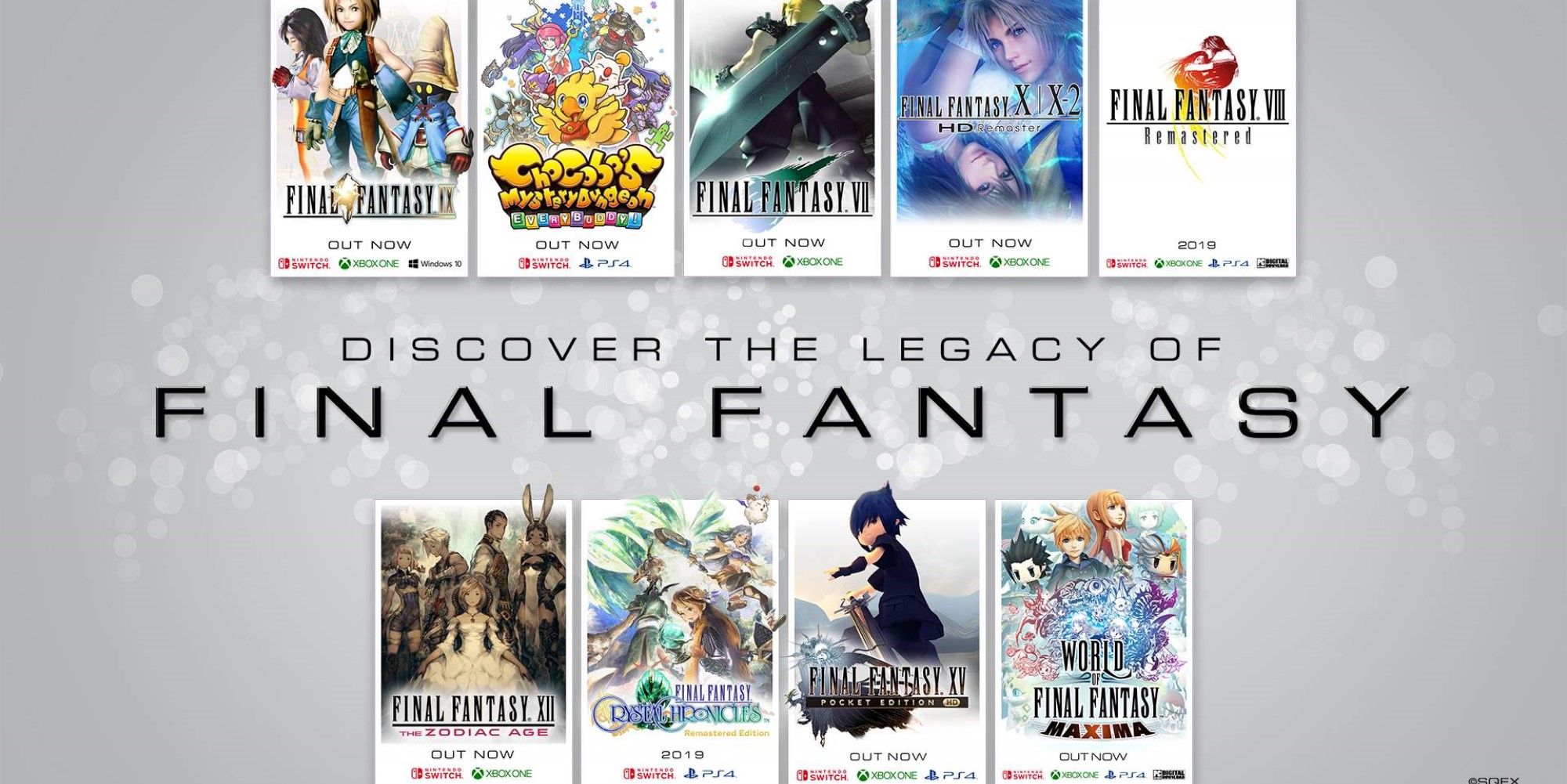 Stranger of Paradise includes alternate dimensions that are aptly named "Dimension" and whatever number corresponds to them. As such, many have speculated that this game, of all things, essentially confirms that all the Final Fantasy games are just different realities.

Final Fantasy has had crossovers before with Theatrhythm and Dissidia, but those exist outside the canon and are side games. Nonetheless, Stranger of Paradise doesn't dwell on the issue long enough to give you a conclusive answer regarding the rest.

2 The Four Fiends Have a Confusing Backstory Too 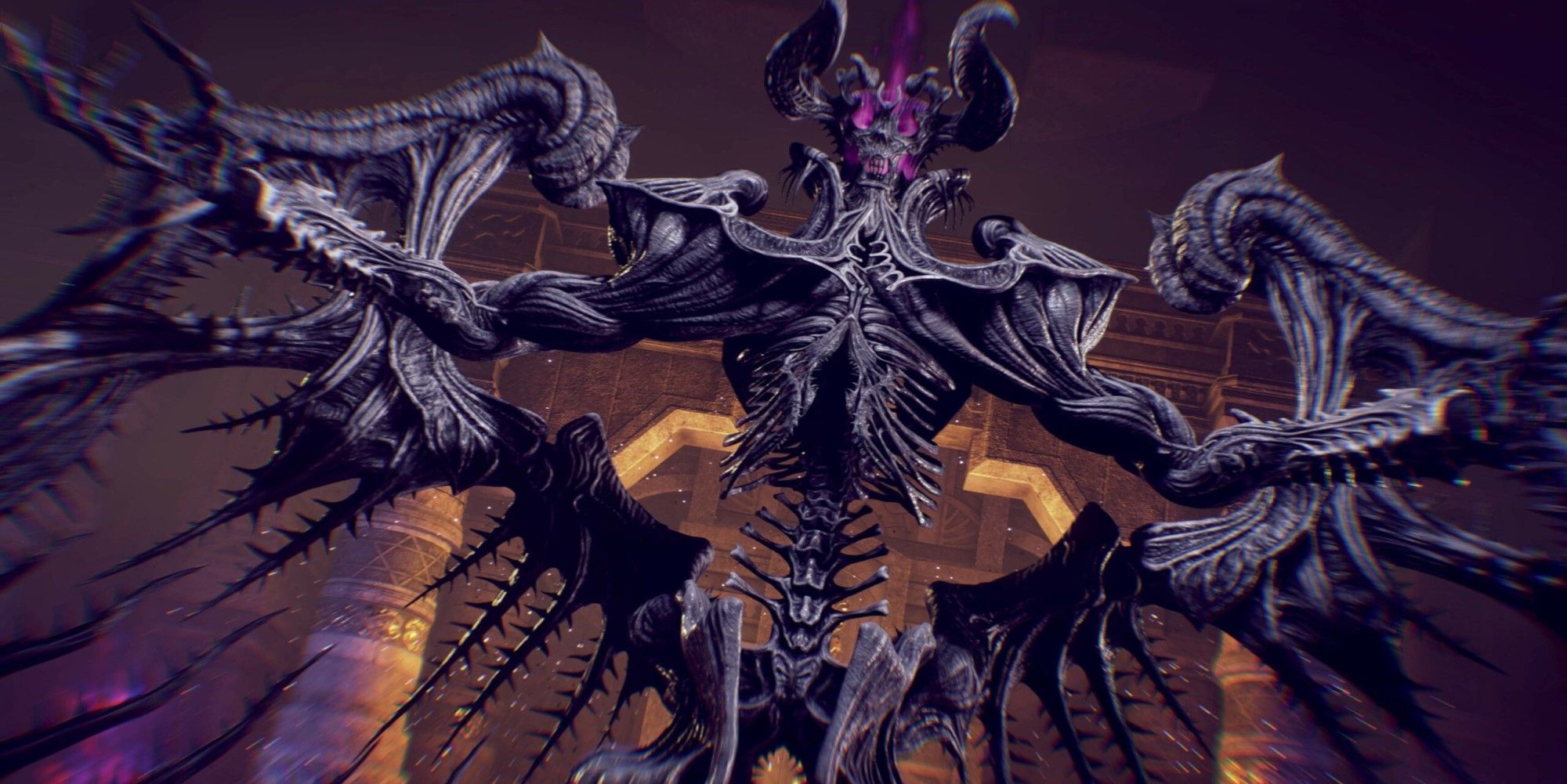 Fans of the original Final Fantasy will remember the Four Fiends as the main bosses leading up to the conflict with Chaos. They are the four friends of Jack Garland in the game and Stranger of Paradise gives those monsters a backstory too.

Once they enacted their plan to have Garland become Chaos, they transformed into the iconic monsters. However, things get messy from there as they used time travel to create their own new Warriors of Light to somehow break the cycle of Chaos.

1 Is Chaos Physical Or Metaphorical? 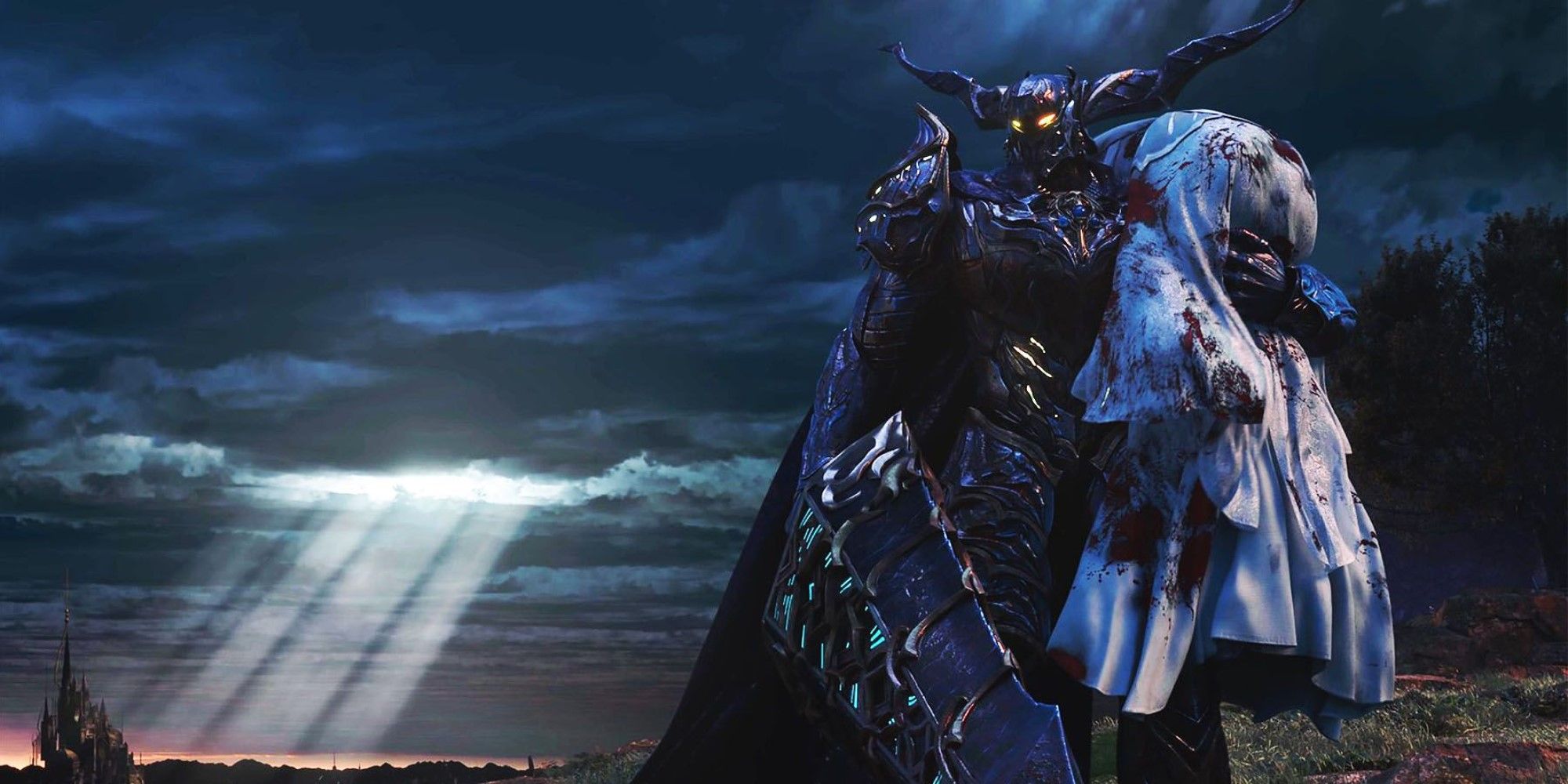 There are several moments in Stranger of Paradise where Jack Garland is confronted with the idea that Chaos isn't an individual – but rather an idea or force. The game constantly flip-flops between these two conclusions so much that it's hard to be certain of what the game's intent is.

Compounding more confusion to this is the fact that Jack himself is Chaos. Technically, he was hunting a future version of himself that didn't exist yet in the present day. Time travel makes stories messy.

Related posts:
05/08/2022 News Comments Off on 10 Things That Make No Sense In Stranger Of Paradise
Hot News
PlanetScale announces new database analysis and performance features
Destiny 2 Brings Back The Leviathan In Season Of The Haunted
Sony Isn’t Honouring Stacked PS Plus Discounts In Asia
Desinty 2: Season Of The Haunted – everything you need to know
tribulus creatin muskelaufbau
Recent Posts