The Ninja Gaiden: Master Collection brings the iconic Ryu Hayabusa to modern systems. It delivers high-speed action, brutal combat, and a challenge the likes of which many gamers have never before experienced. There are games in this collection that can easily be considered the best in the genre, and now everyone can experience them again.

Going into these games blind is absolutely a viable way of playing them, but expect to meet stiff resistance. All of these games are fairly old, and they are all out for blood. Having some expectations on what to expect, will go a long way to making the transition to an early 2000s mindset that much smoother. 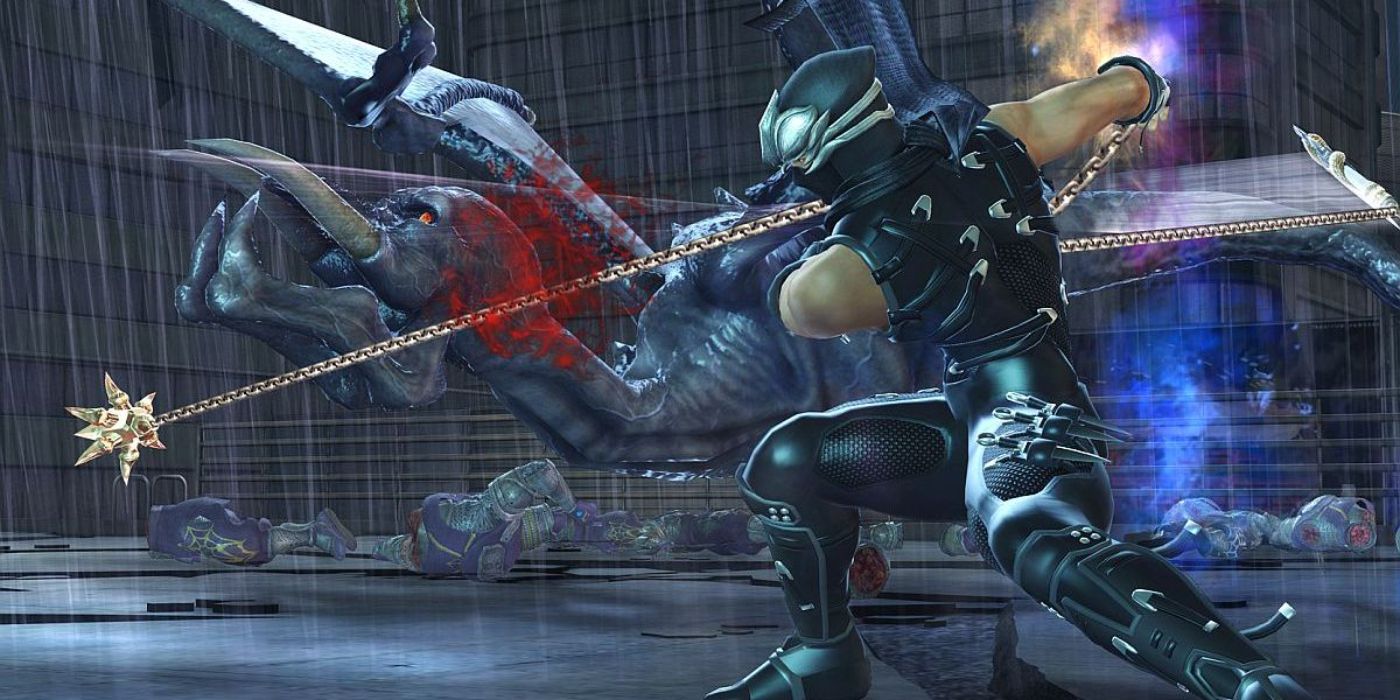 Before we get into the nitty-gritty of these games, we need to address the elephant in the room. If you’ve never played Ninja Gaiden, this likely won’t matter to you. However, if you are a series veteran, then this could be a bit of a sticking point. The majority of the ports on this collection are of inferior versions of Ninja Gaiden.

What do we mean by this? Well, Ninja Gaiden is based on the inferior Sigma port, not the classic Black port. Ninja Gaiden 2 is not based on the Xbox 360 original, it’s based on the neutered PS3 port, Ninja Gaiden Sigma 2. Sigma 2 is almost a completely different game – so if you are coming back and expecting to relive the glory days of yore, you aren’t getting that. At least Ninja Gaiden 3 uses the significantly better Razor’s Edge port and not the awful base version.

9 Ninja Gaiden 3 Is Not Great 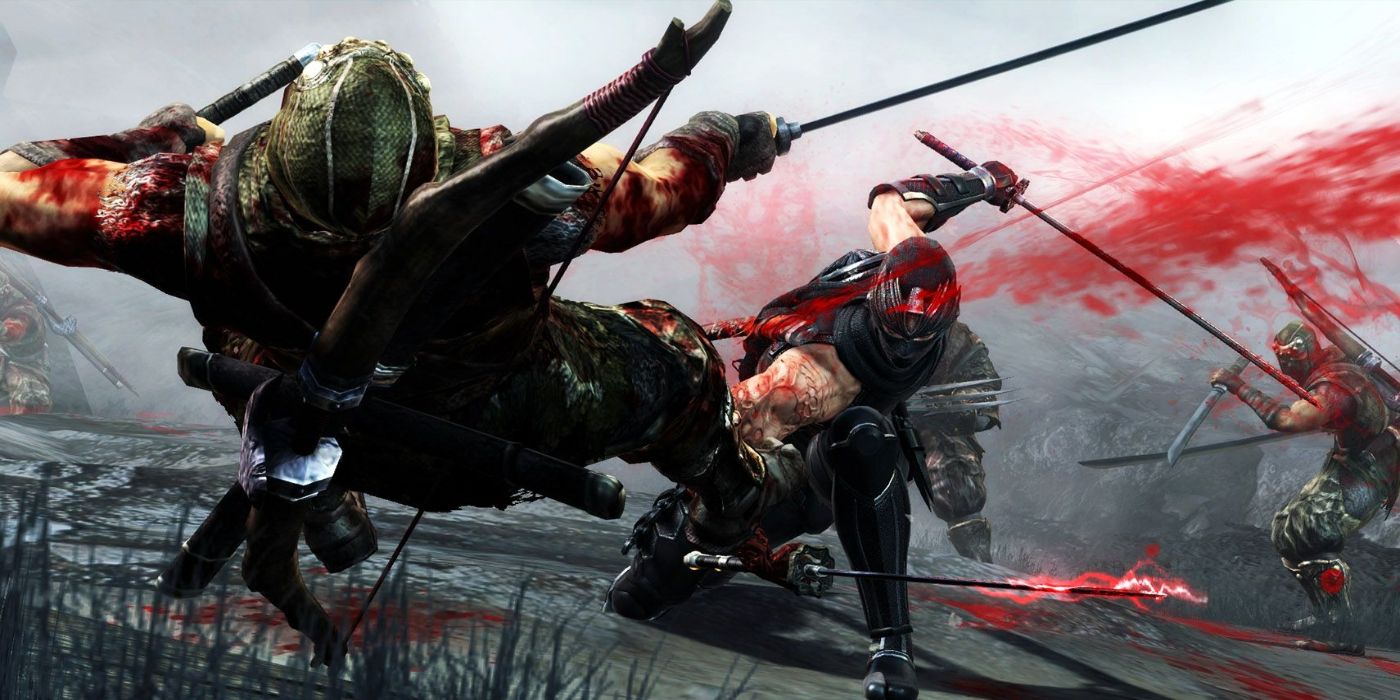 Continuing from that, let’s talk about Ninja Gaiden 3. As disappointing as the Sigma ports are, the sad fact of the matter is, that Ninja Gaiden 3 exists, and it kinda stinks. This is the game that killed the series, and even the improved Razor’s Edge version didn’t fix the myriad issues this game has.

Does this impact the collection? Yeah, it does. This game is pretty bad, and it’s clogging up the collection. It’s not an exaggeration to say that it would have been preferable to have various versions of Ninja Gaiden 1 and 2 included, and then just cut Ninja Gaiden 3 entirely. It wouldn’t be missed.

8 These Games Are Bone-Crushingly Difficult 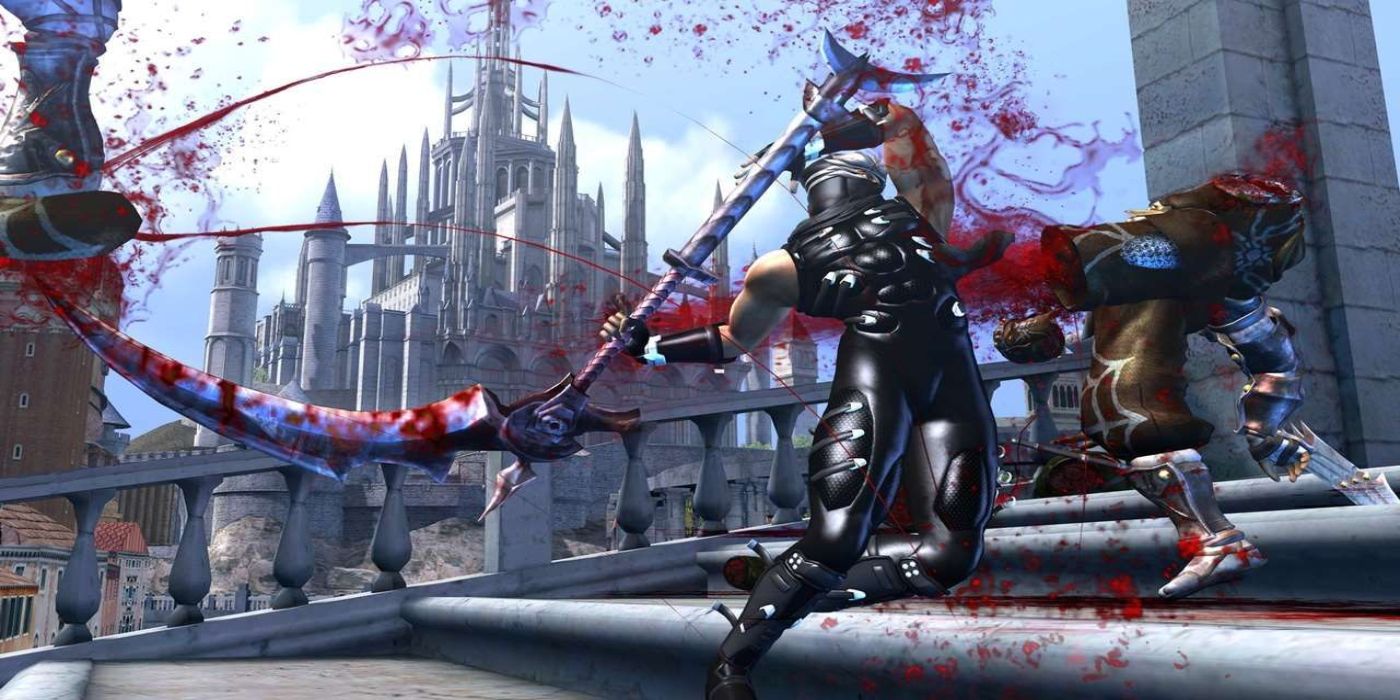 Now, that all that nonsense is out of the way, we can get into the good stuff. These games are unforgivingly difficult. These games were the height of video game challenge for almost two entire generations. Ninja Gaiden back on the Xbox was so difficult that many reviewers couldn’t get past the tutorial.

The difficulty of these games is legendary – in fact, that legend predates the games in this collection. The series has always been on the cusp of controller-smashing challenges. If you want some bite to your games, then these are absolutely for you. If you just want to be a cool-looking ninja, then you are going to be left black, blue, and probably dead.

7 Death Is A Certainty 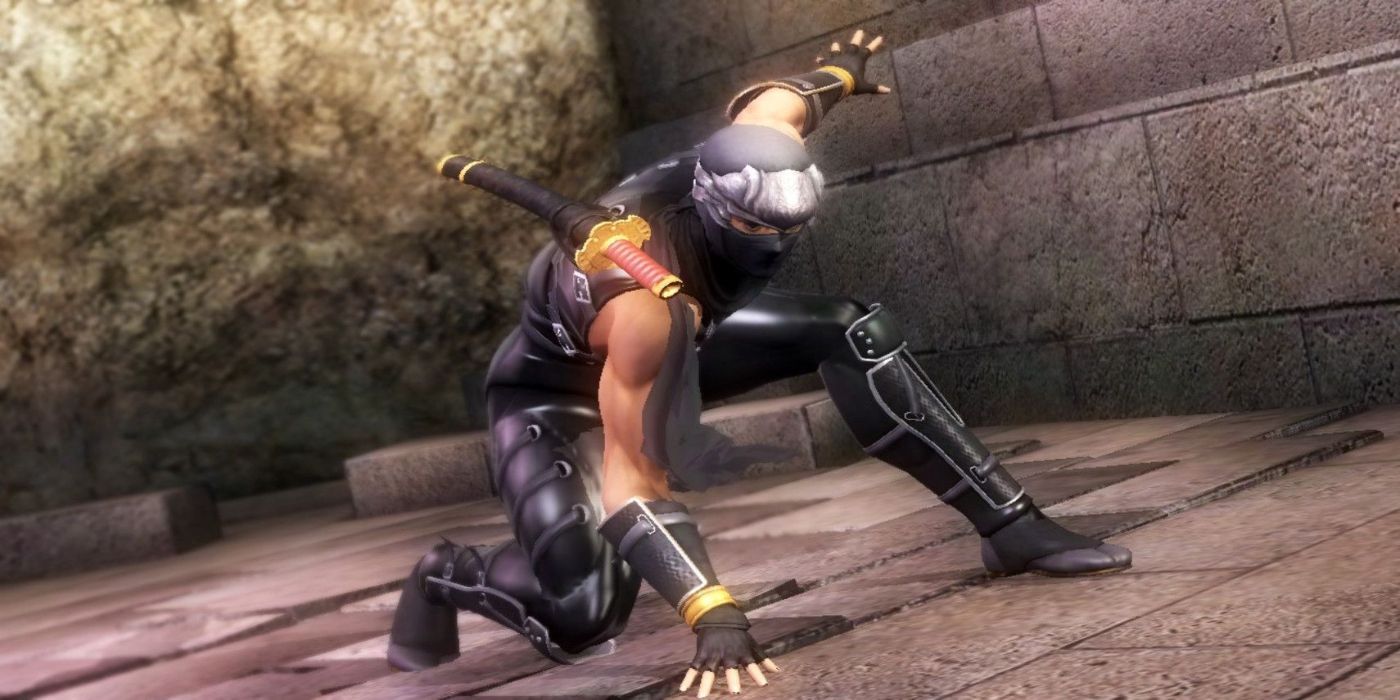 Death isn’t an optional side activity in Ninja Gaiden. You may think that being alive is the default state and that death will only come to those who are not skilled enough to accept the challenge. Here’s the thing, nobody is born with the ability to overcome Ninja Gaiden – any of them – without a serious amount of grit for breakfast.

Death is a certainty. There is no way around it. You will fail, over and over again. You might fail to reach the first boss. You might fail to beat the tutorial. You might accidentally fall off a blimp. It doesn’t matter how you die, it simply will happen. Die enough times, and the game might even throw some serious shade and offer an easier, hidden difficulty option. Ouch. 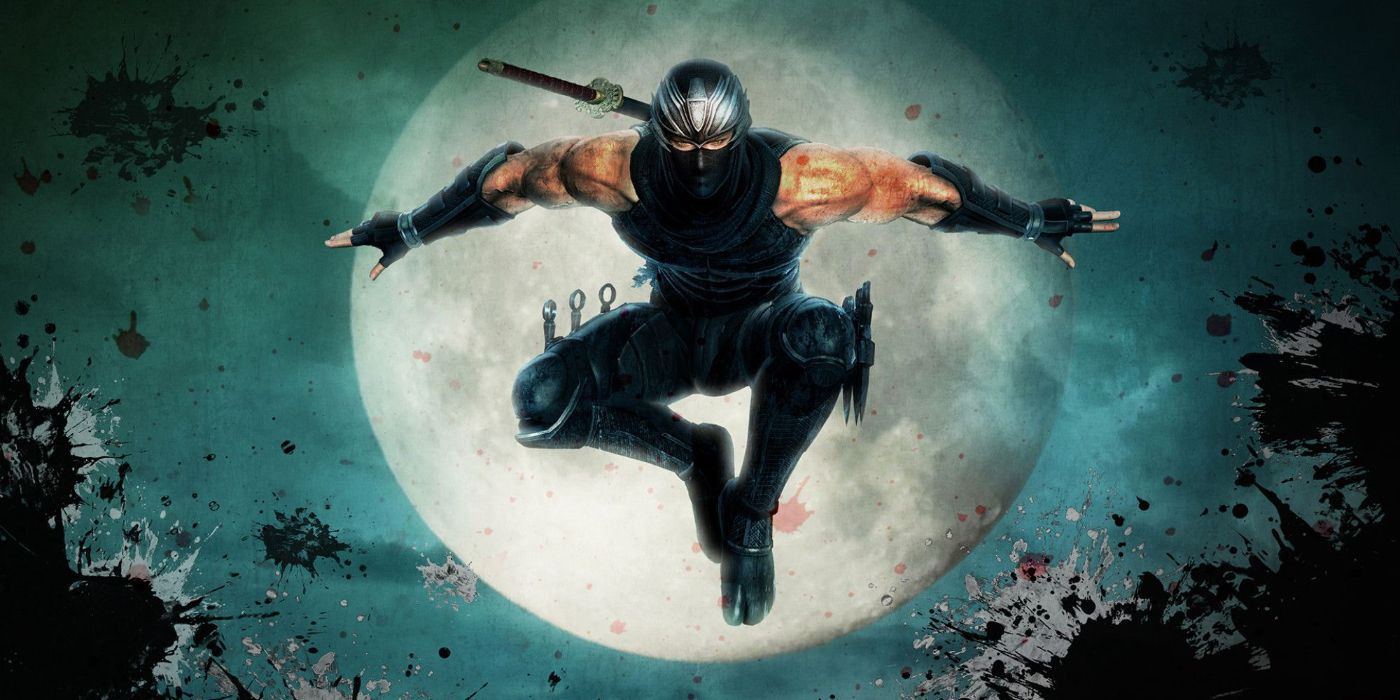 One of the key elements of the Ninja Gaiden formula is mobility. Ryu Hayabusa is one of the most agile action protagonists we’ve ever had, and using his unique strengths to your advantage will pay off in droves. You can’t die if you can’t get hit after all.

Ryu Hayabusa is devilishly quick and nimble. He can run up walls, he can run along walls, he leaps off the heads of enemies to gain height, and he can do so much more – and even chain them all together. The trick is mastering that movement. Jumping around all willy-nilly won’t help you in the long run, so master moving so you can kick ass and look good doing it. 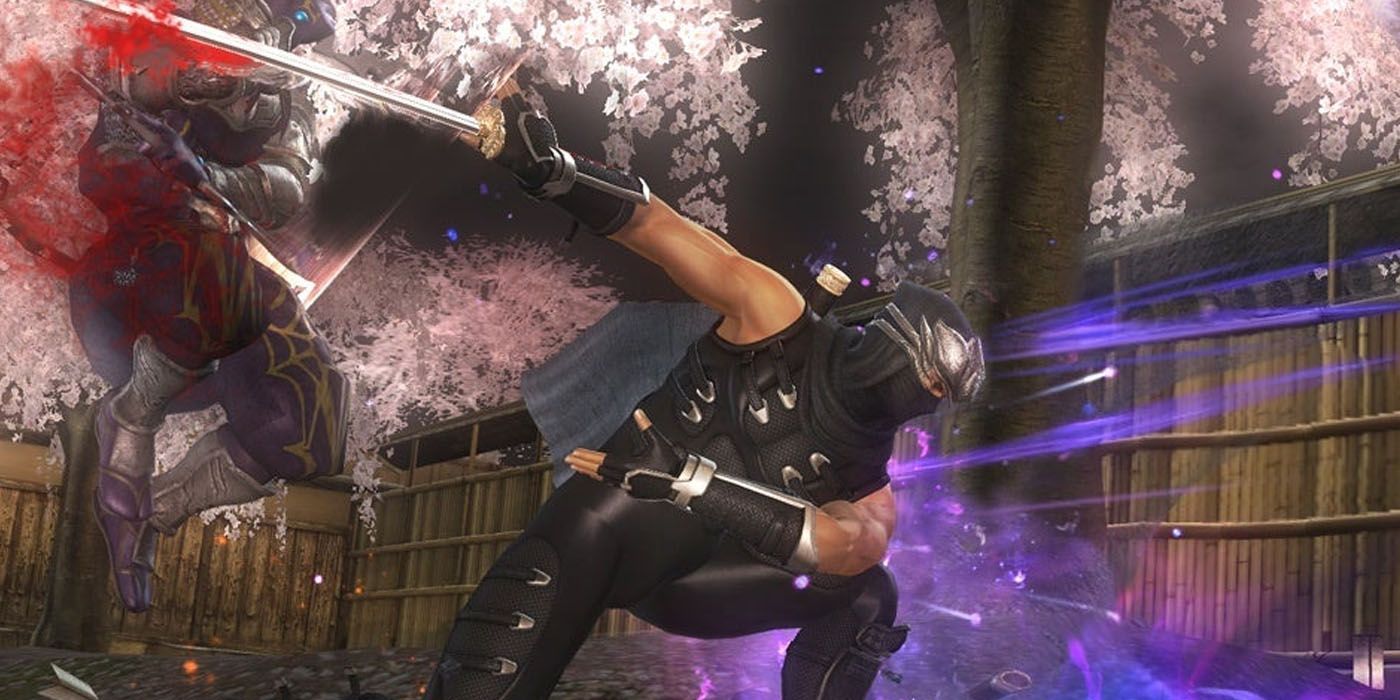 As difficult as these games are, Ryu Hayabusa is pretty damn overpowered. He has some moves at his disposal that are shockingly powerful and can be abused to no end. One of the first moves you will learn is the Flying Swallow. This attack is almost too good to be believed.

It’s an aerial dash that decapitates people. We say people intentionally because it isn’t a single-target attack. Ryu will zip through hordes of enemies and lop off heads like a corn-hungry farmer. In later games, you can use this multiple times to not only stay airborne for longer, but also deal ridiculous damage. Even bosses are susceptible to this thing. 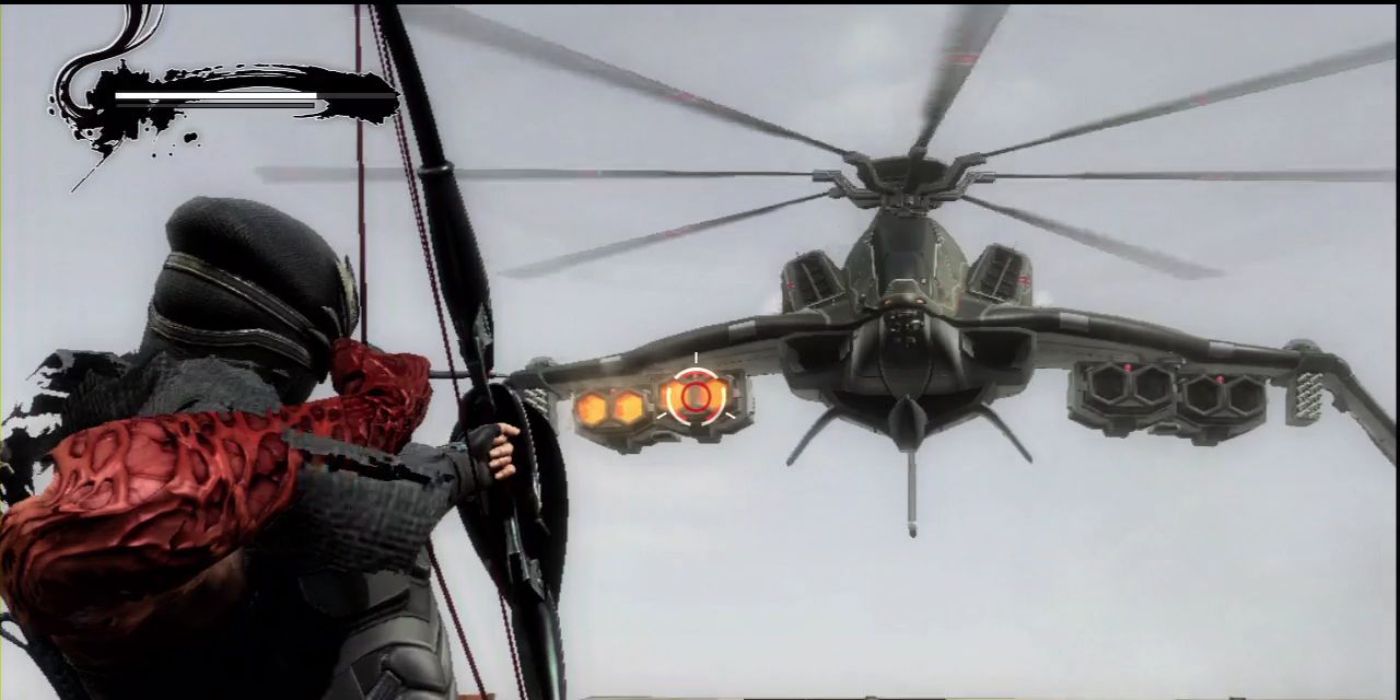 An unfortunate aspect of third-person games from the time is that they loved to have janky first-person aiming. Everything from Metal Gear Solid to even Mario (to a degree) suffered. Ninja Gaiden is no different, and you will be asked to zoom into a first-person view to accurately aim your bow.

It’s awkward, it’s janky, and it’s not great. It doesn’t get any better either. You don’t always need to swap perspectives of course, but if you want to nail that perfect shot on a specific enemy or boss, then you are going to have to endure and even master this technique. One thing Ninja Gaiden 3 did was change this system to an over-the-shoulder view, which is a rare improvement that game brought.

3 Ninpo Is A Get Out Of Jail Free Card 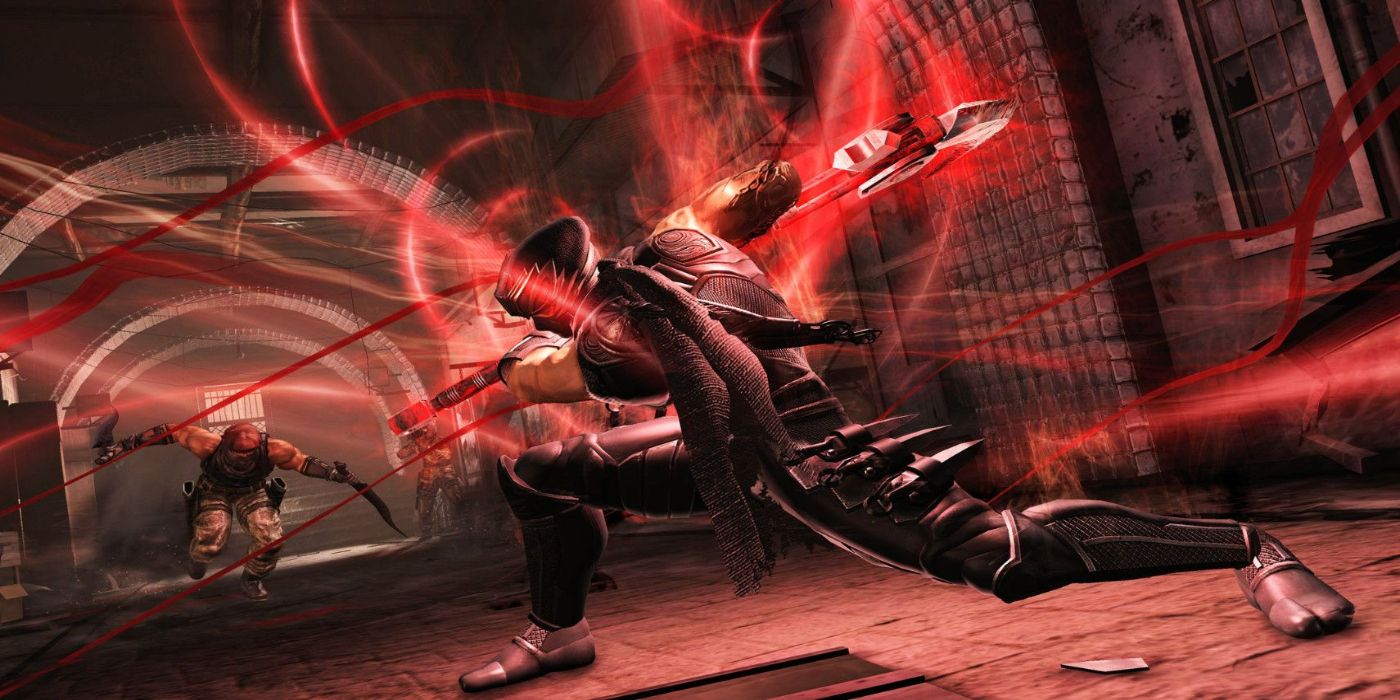 Ryu Hayabusa is an awesome ninja, but he also has some tricks up his sleeve that aren’t necessarily to do with backflips and sword swings. Of course, we are talking about Ninpo. Ninpo is essentially magic that can destroy entire hordes of enemies, or knock huge chunks out of a boss's health bar.

You want to use Ninpo fairly often, especially if you aren’t going for Rank. Why? Well, Ninja Gaiden in all of its forms and iterations is fast-paced and relentless. Ninpo is a breather in a magic flavored shell. You pop your Ninpo, you gain invulnerability and clear a path. A handy tool to keep on your belt. 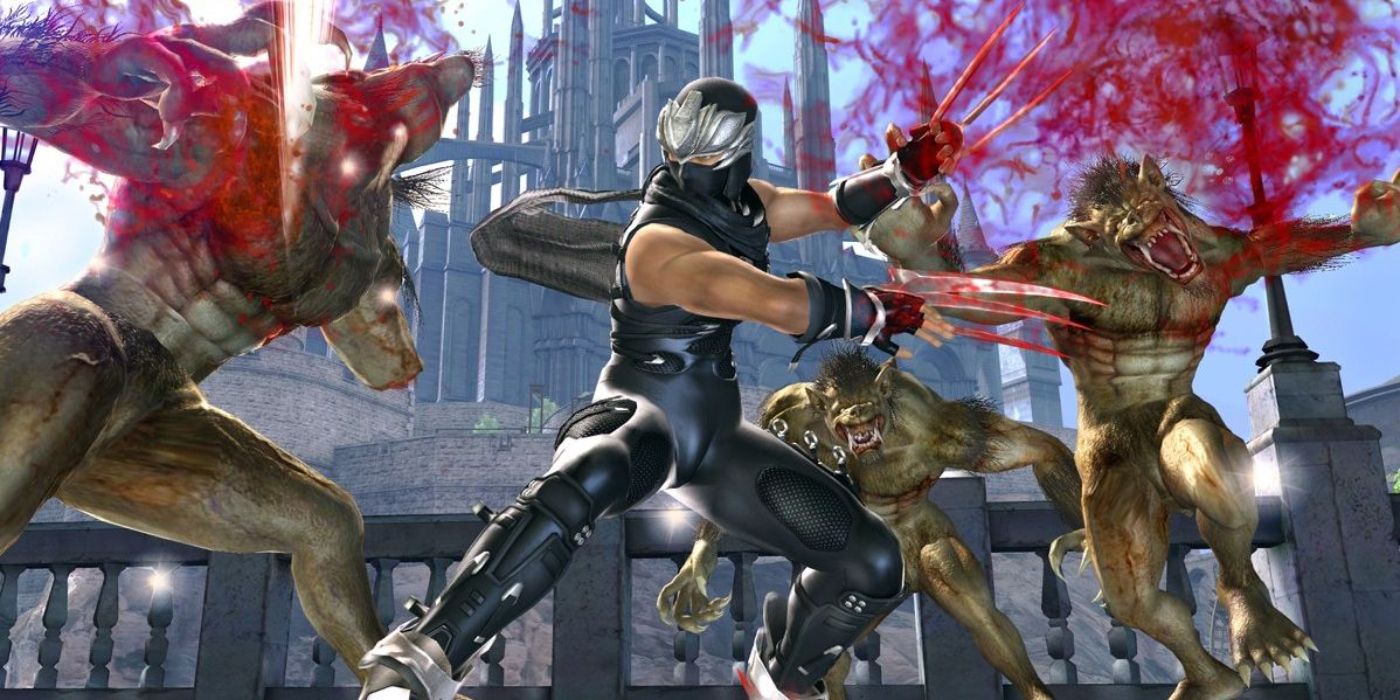 It’s easy to underestimate your secondary items. Shurikens are cool, but you can replace them with exploding shurikens, a really big shuriken, or even a bow. Why would you go back to these teeny-tiny stars when there are bigger, better options around? Easy, there isn’t an item better than them.

Shurikens offer a unique piece of tech that is lacking from just every other ranged weapon Ryy has access to. We are talking about move-canceling and combo extension. Large combos are endlessly satisfying in Ninja Gaiden, but sometimes you need to stop mid-attack to prevent damage. Shurikens let you do that. Maybe an enemy is too far away to attack before you drop your combo – shurikens fix that too. Heck, maybe bats are nibbling on your lobes – in which case, Shurikens are the antidote. 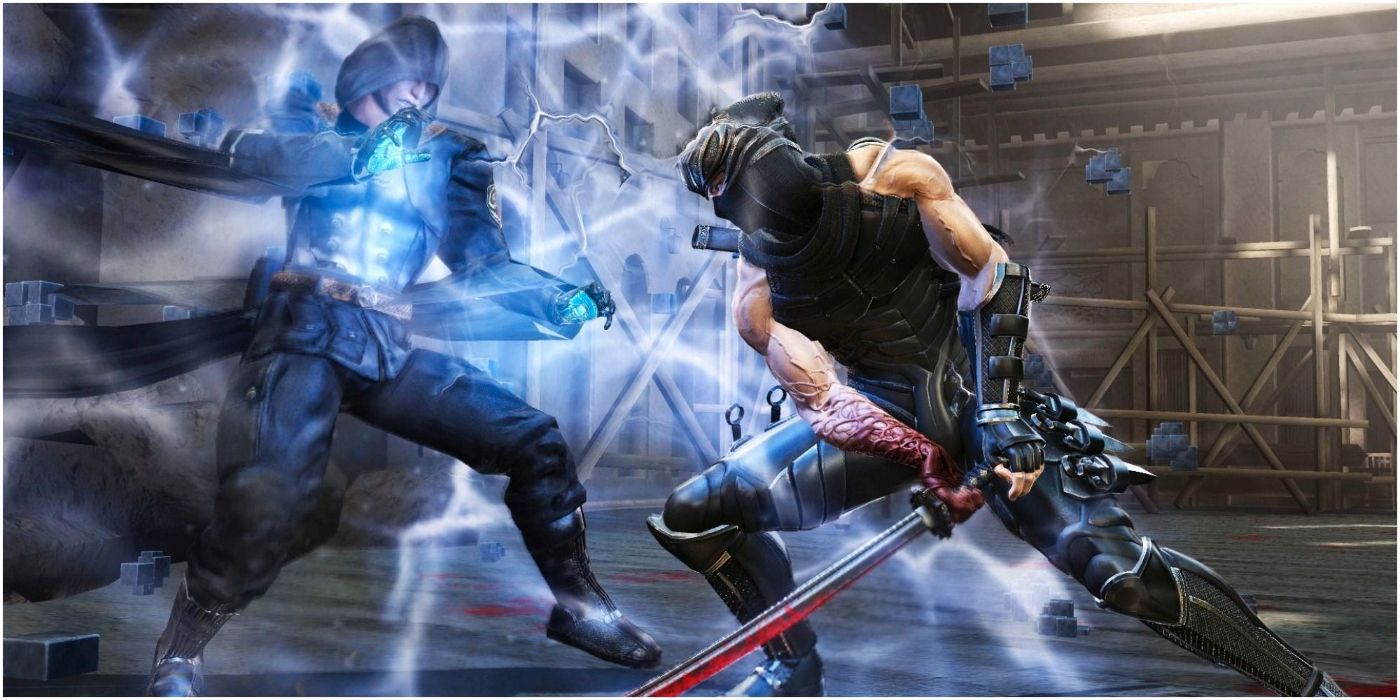 As amazing as the Flying Swallow is – and trust us, it’s amazing – nothing compares to the devastating damage and flashy execution of Ryu’s signature move, the Izuna Drop. Imagine doing a flashy combo, then launching an enemy into the air, following them up, grabbing them, doing a 1080 degree spin as you plummet to the earth, destroying their cranium in the process.

This move is easily one of the most satisfying moves of all time. You can use it constantly, and it never gets old. Is an enemy in the air? Izuna Drop. Are they on the ground? Launch them into an Izuna Drop. Are there hordes of enemies? It’s fine, Izuna Drop into the middle of them and deal splash damage. It’s glorious.

Related posts:
06/07/2022 News Comments Off on 10 Things We Wish We Knew Before Starting The Ninja Gaiden Master Collection
Hot News
Sonic CD’s Voice Lines Have Been Removed In Origins, For Some Reason
Marina Probably Won’t Be The Villain Of Splatoon 3
walkers pharmacies
Skull & Bones Will Reportedly Be Re-Revealed Next Month
Source Of Madness: How To Play As A Generalist
Recent Posts