So you have always wanted to dive headfirst into an MMORPG, but are sadly lacking any friends to drag along for the ride. Or perhaps what you are craving is a lush, open-world experience, dripping with story and engaging combat.

If you are on the hunt for an entirely solo experience, MMORPGs simply may not be your cup of tea. But if you are concerned you will get stuck in a new MMORPG world without friends to guide you, then you're in luck. Many MMORPGs are teeming with content that can be done on your own, and you're likely to make a few in-game friends along the way!

Updated September 19, 2022 by Jacqueline Zalace: We've updated this list with even more MMORPGs for those of you who prefer through games in solitude. There is a wide range of genres in this list, so you are bound to find a game that you like. 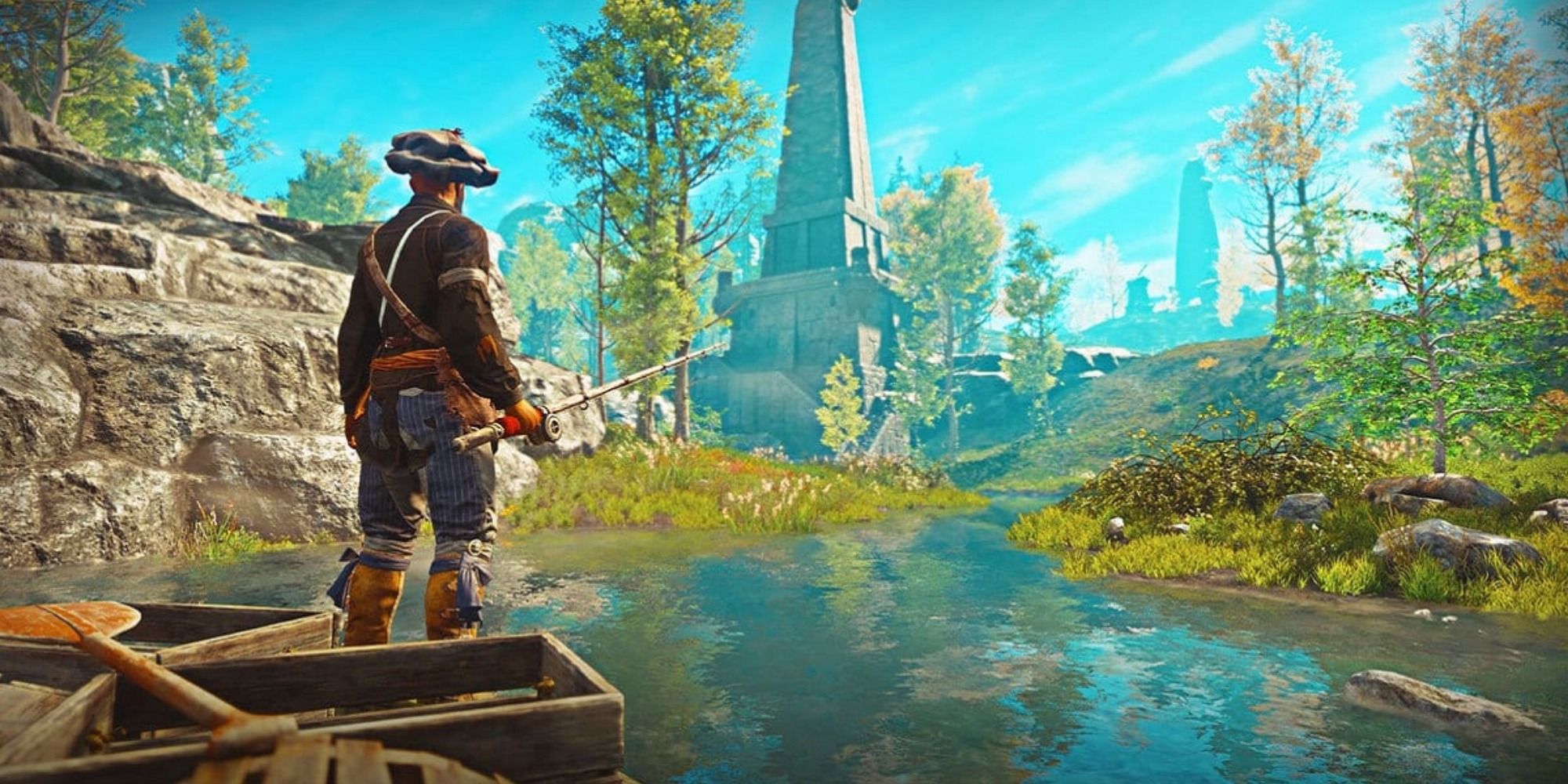 Amazon Games practically stole 2021 (and the whole MMORPG community) with its release of New World. This monster of an MMO with a new spin on the "classless" combat system is so solo-friendly that they have even included an automatic "Only Plays Solo" title for anyone who joins a Faction. While Expeditions and PVP War Campaigns must be attempted with a group, New World still has a lot to give to the more casual solo player.

Much of the early quest progression can be done on your own and for the more peaceful soul there are hours of fishing, gathering, and crafting to be had. If you find yourself in a spot of trouble and need a group to join, it is useful to work on a tank build for your character, as tanks are always in demand for grouped events. 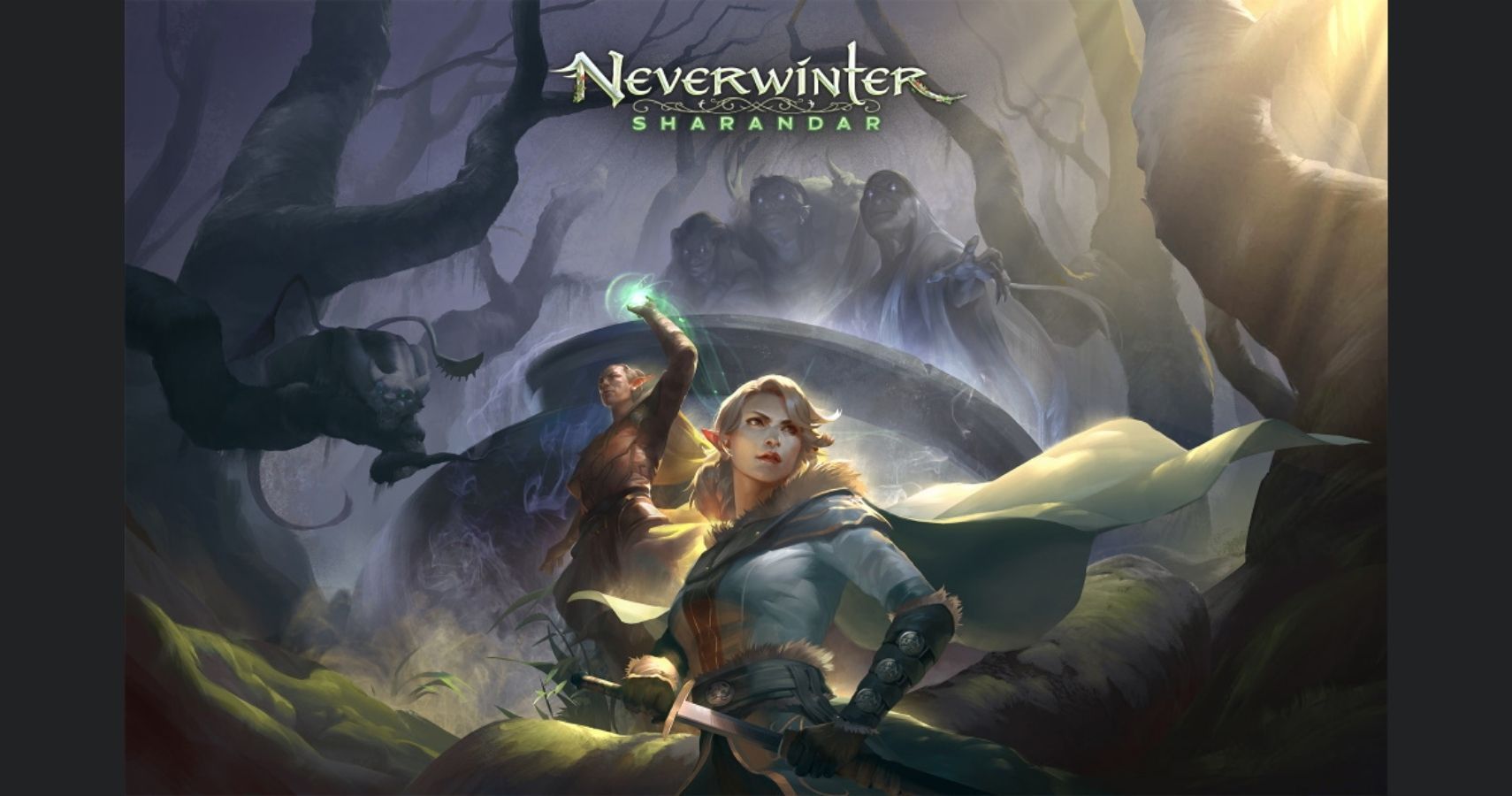 For anyone aching to try their hand at Dungeons and Dragons but unable to find a good Dungeon Master or pals to play, rejoice! Neverwinter is a free-to-play MMORPG based around the lore of DND. With all of the same playable classes and races as well as iconic locations from the classic tabletop roleplaying game, Neverwinter is a great place for gamers curious about the world of DND.

Unlike classic DND, Neverwinter can be played on your own. Questing and dungeons can be completed pretty easily up to level 60, but from there, the solo play does get a bit harder. Community members recommend a "beefy" class (like Fighter or Paladin) for solo play in order to get the best experience. 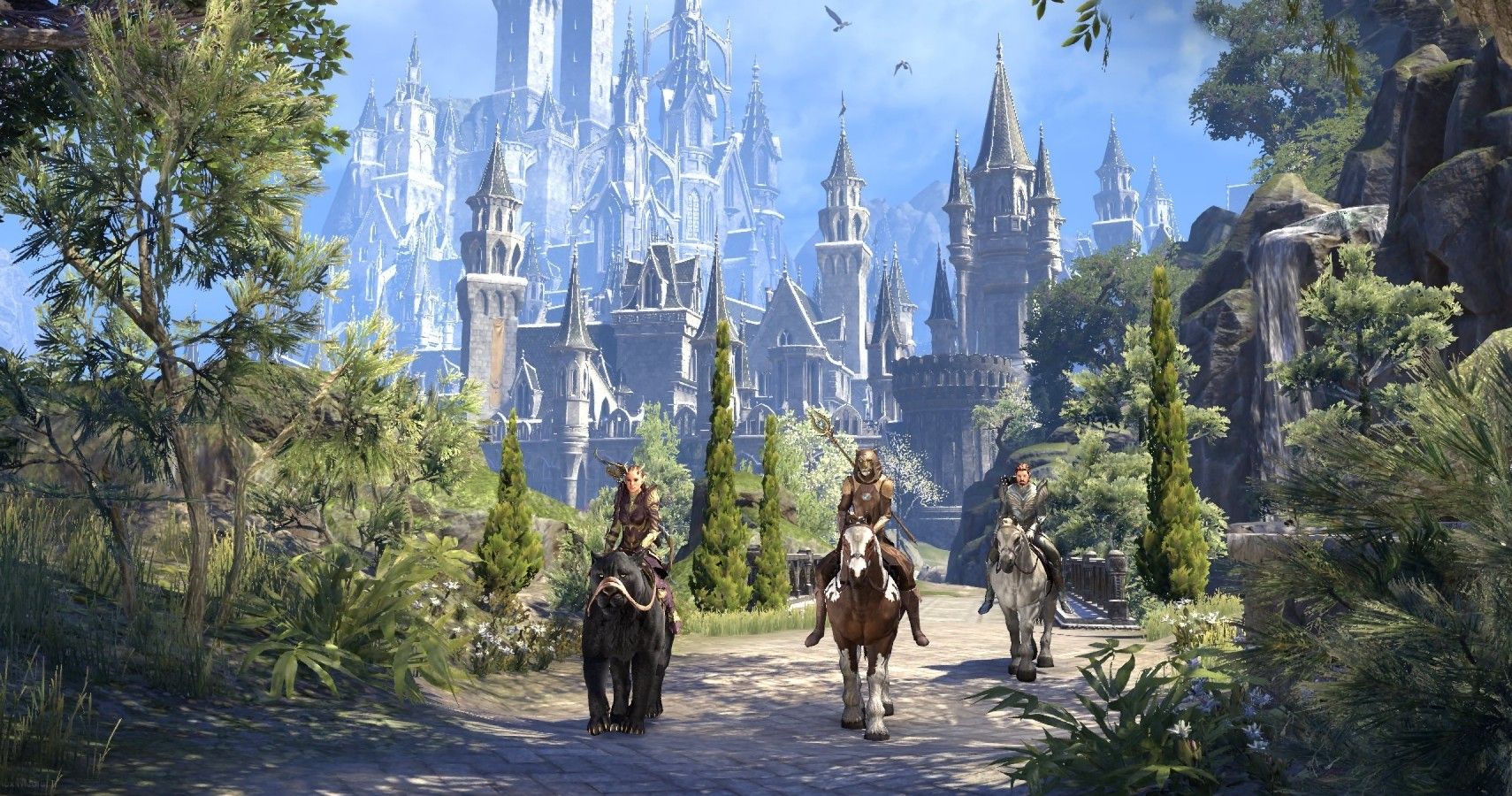 A timeless MMORPG, Elder Scrolls Online is a fantasy game set in the world of Tamriel, connected with the same lore many grew to love in Elder Scrolls V: Skyrim. While it might not be the best option for gamers hungry for Elder Scrolls VI to release, ESO is a fantastic MMORPG for solo players.

Much of the questing and story content can be done on your own quite easily, up until Veteran levels. You can even attempt some world bosses solo. However, some story content is designed for four players or more and is almost impossible to do on your own. 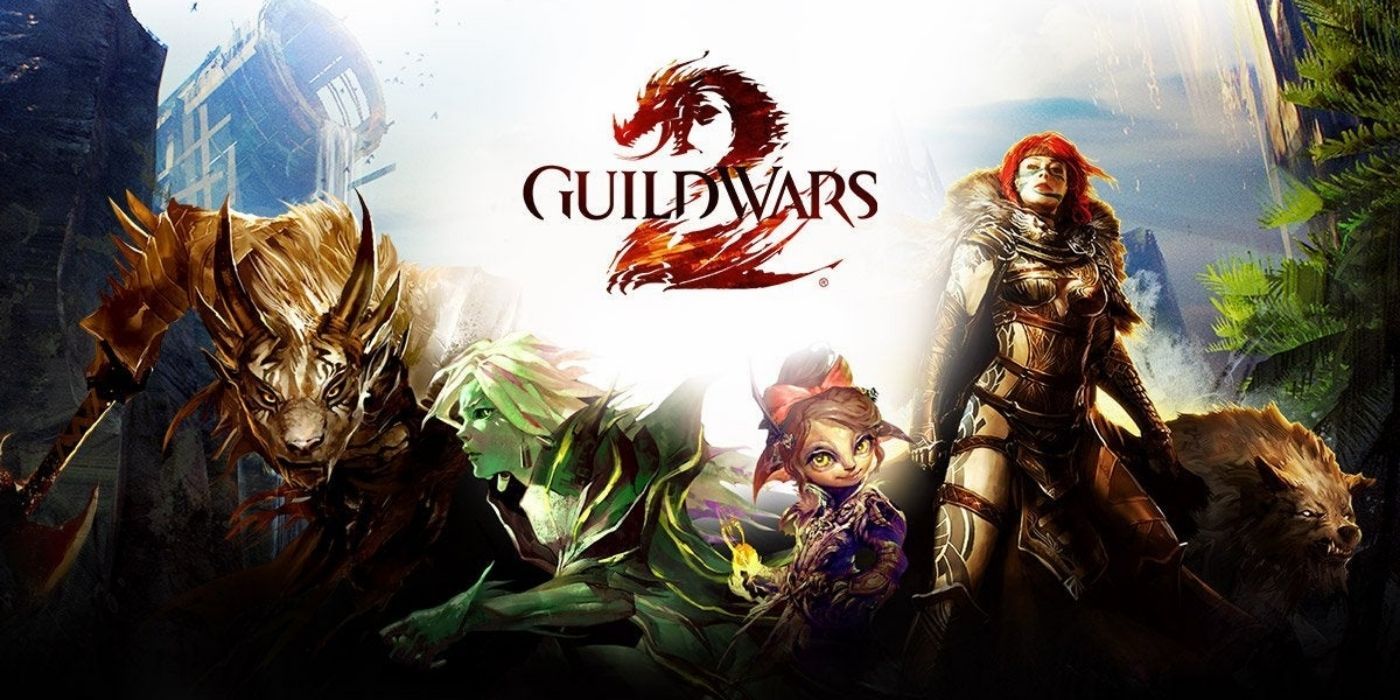 There are few MMORPGs that lend themselves better to solo play than Guild Wars 2. Its foundation relies on instanced environments, with the storyline changing based on your actions as a player. This makes it fairly unique as an MMORPG. Much of the core story content is meant to be played on your own.

For the long term, Guild Wars 2 also makes it easy to join random groups for any areas which require it, such as large events and world bosses. With an extremely helpful and positive community, Guild Wars 2 is a great pick if you want to dip your toes into an MMORPG solo.

11 Lord Of The Rings Online 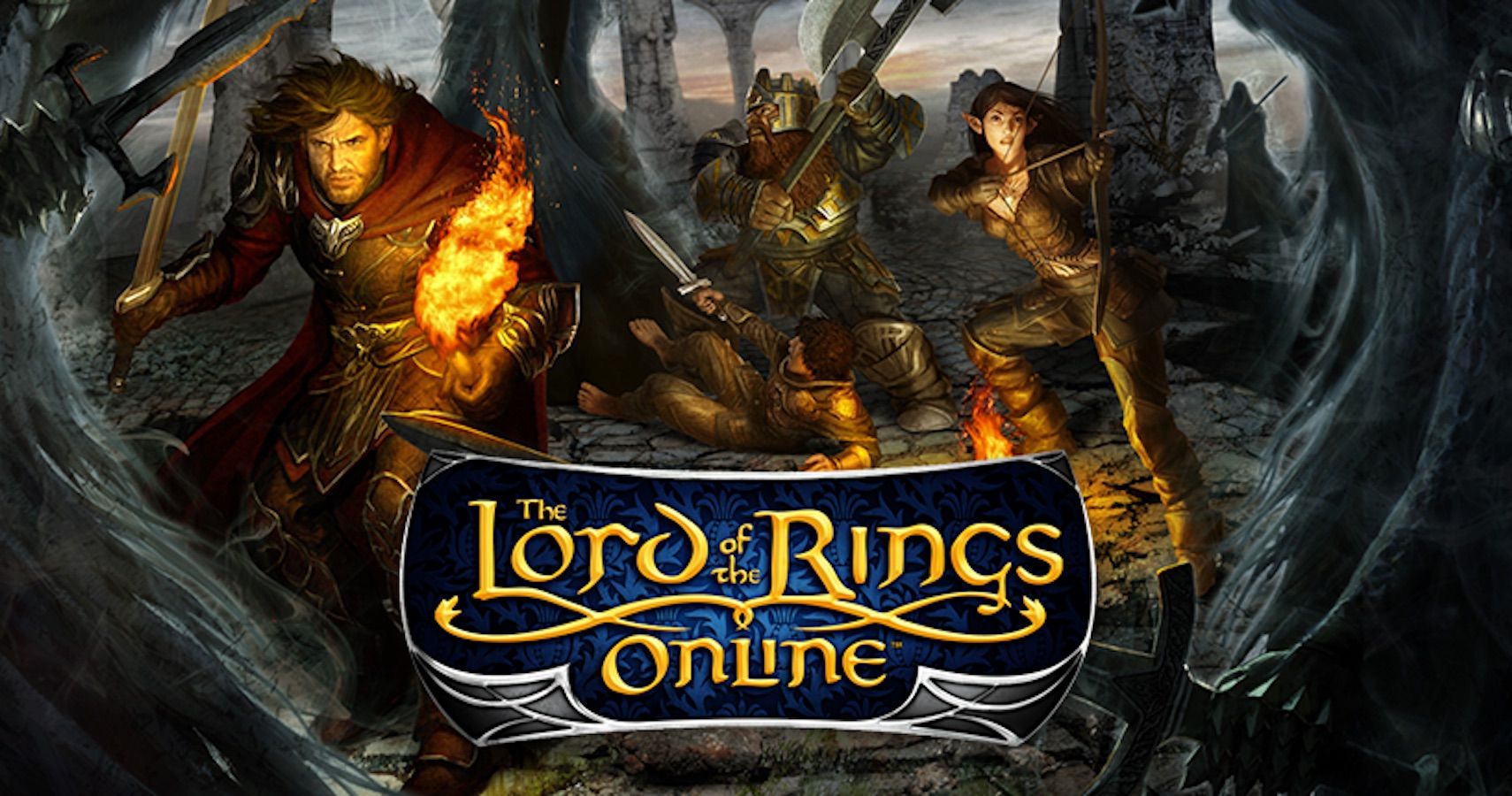 We have all wanted to live in a hobbit hole at some point in our lives. While Lord of the Rings Online is not a verbatim translation of the classic J.R.R. Tolkein series, what could possibly be better than living in Middle Earth as your own character?

LOTRO has been floating around since 2007, and the community is still going strong. Choose between seven races and adventure through infamous locations like the Shire, the Mines of Moria, and more. LOTRO is ideal for solo players thanks to its solo skirmishes, allowing you to fight alongside customizable AI soldiers in battle. 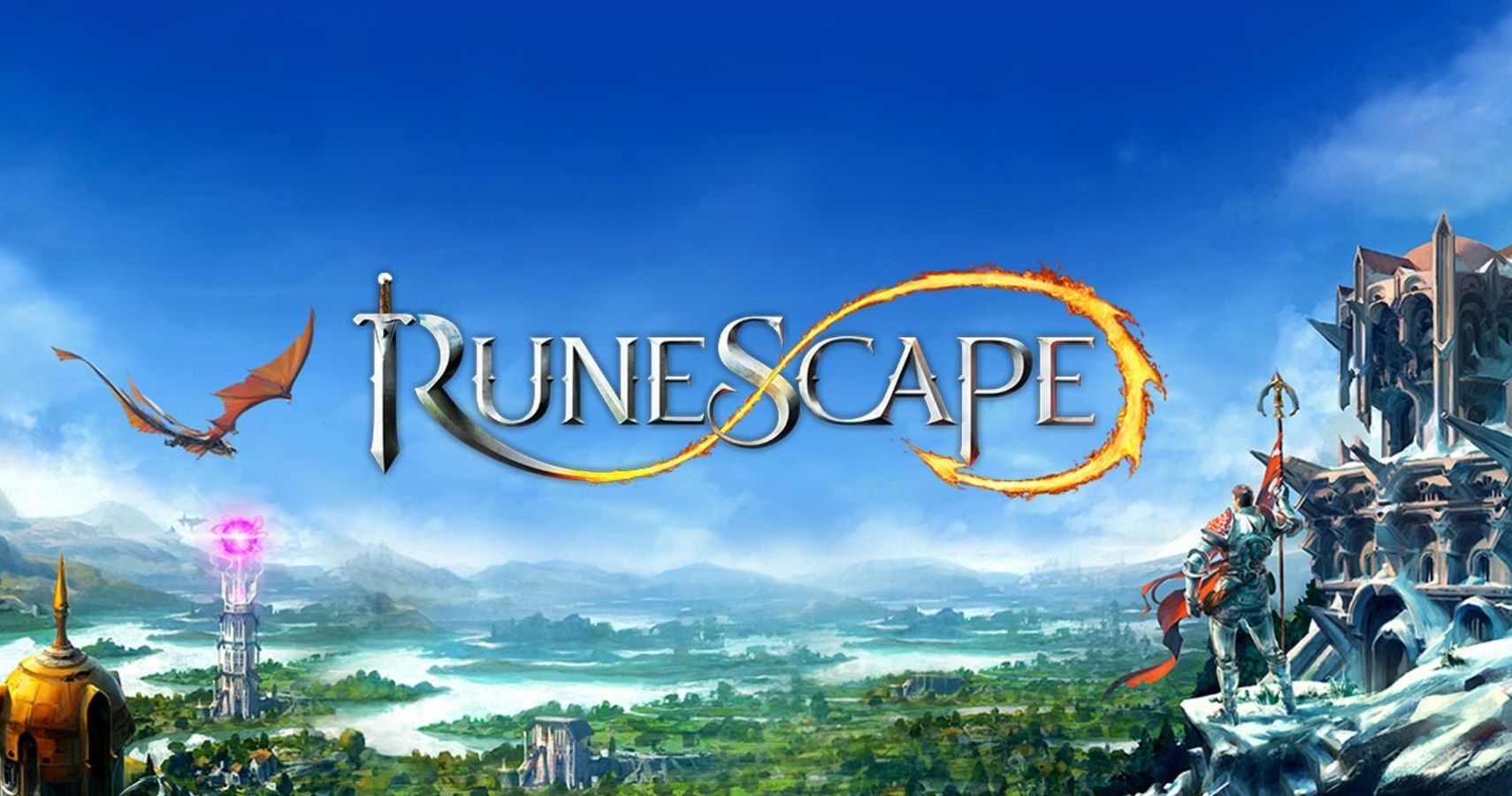 Despite its age, Runescape never loses its charm. Whether you prefer Old School or what many fans term "Runescape 3," this MMORPG is an oldie but a goodie. Much of the story content can be played without grouping.

If you are not only looking to play solo but are a seasoned MMORPG player looking for a challenge, Runescape brings Ironman Mode to the table. No trading, no XP handouts, and no multiplayer option. You are quite literally on your own. If your angle is to avoid the "MMO" part of MMORPGs, this might be the pick for you. 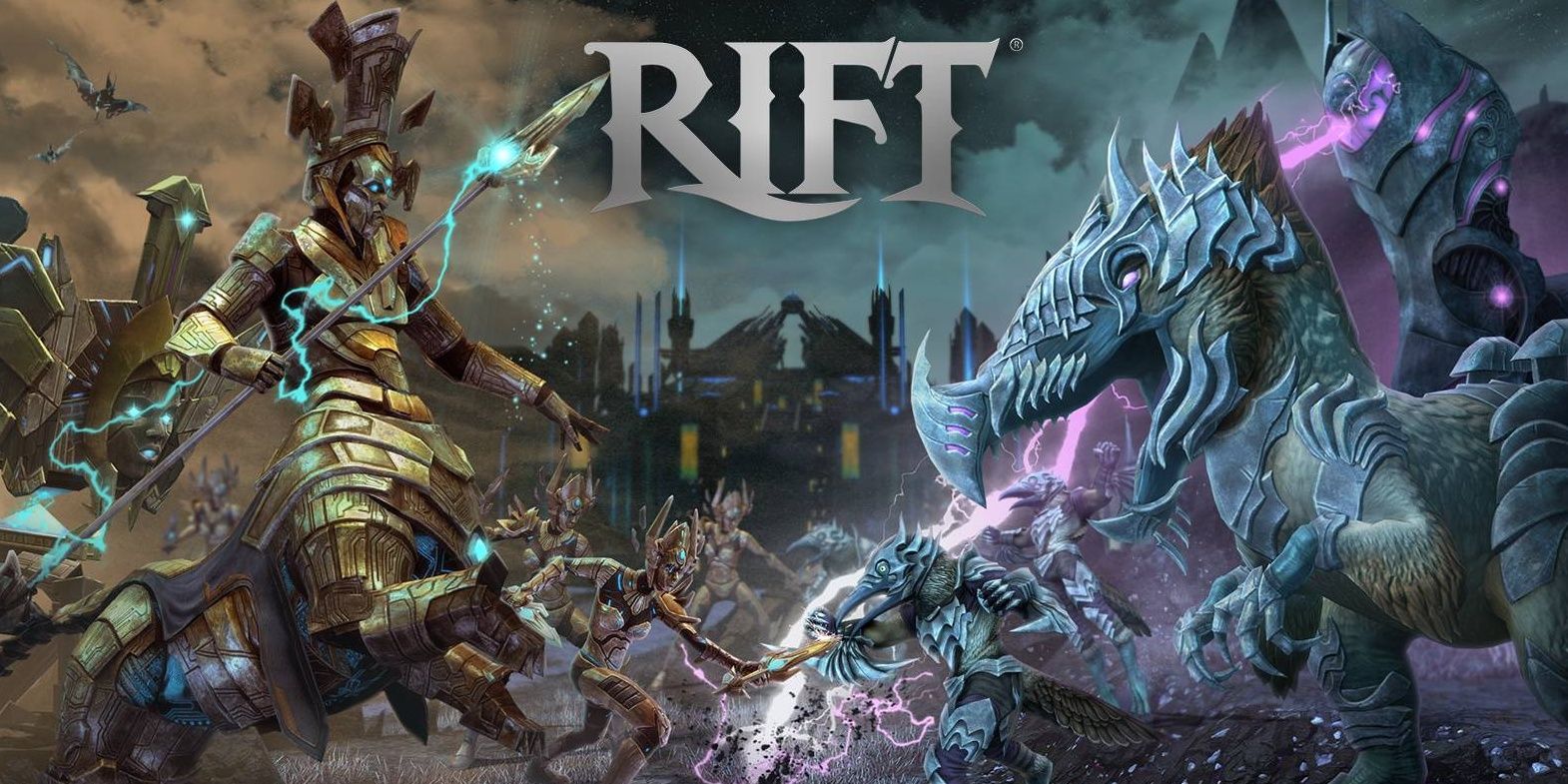 Rift is a fantasy MMORPG incredibly reminiscent of genre classics but with a somewhat Lovecraftian spin. You play as one of the Ascended, protecting the world of Telara from enemies invading from elemental Planes. Rift features split factions and six unique races to choose from.

Solo play in Rift is a bit more challenging than some MMORPGs, but it can be done. Leveling can be accomplished on your own without too much trouble, but raids and dungeons will require a group. 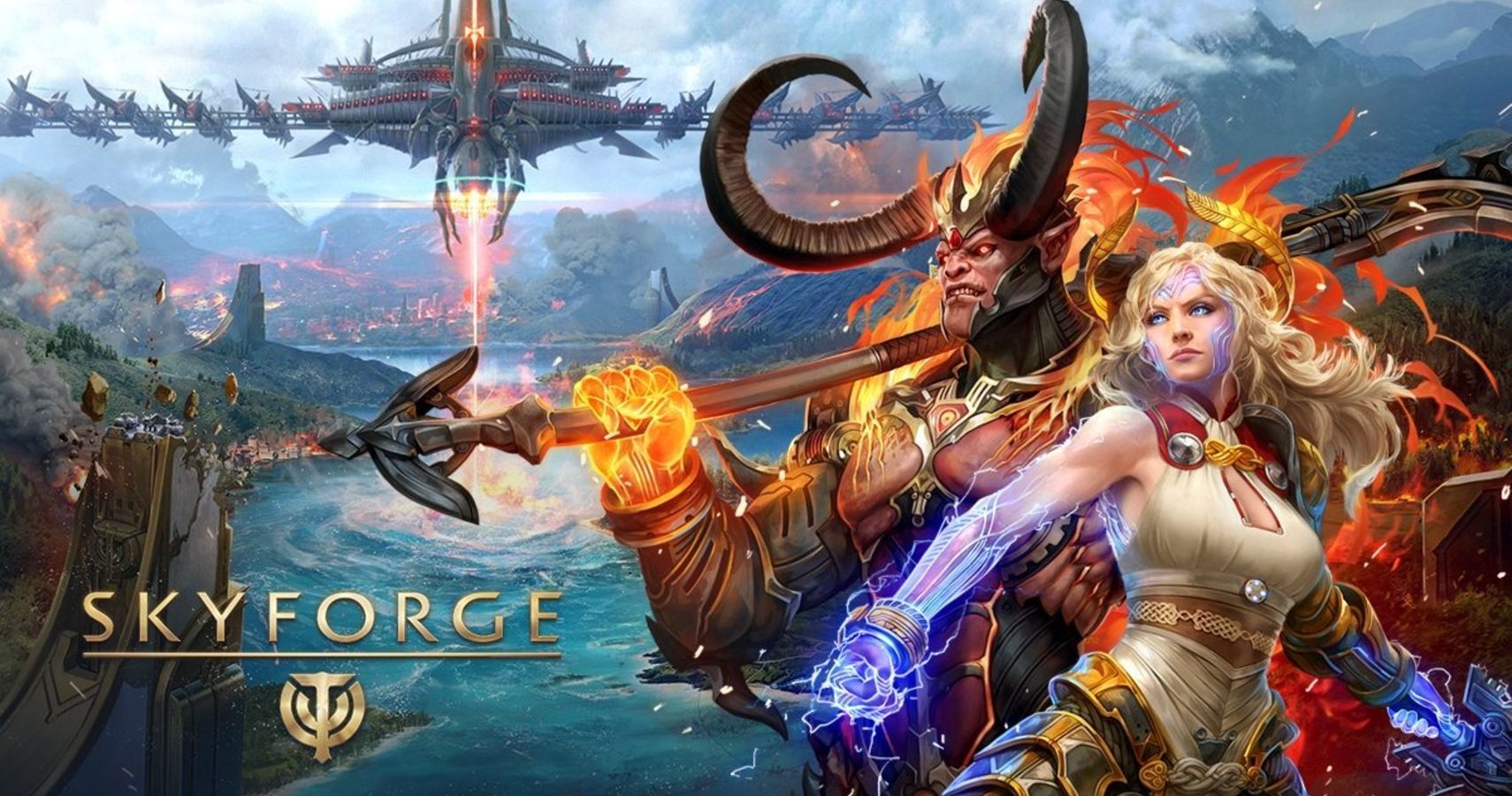 This is a sci-fi MMORPG with a fantasy flair that is very easy on the eyes. Evocative of the Percy Jackson series in concept, you play as an immortal hero aiming to become a god as you battle against alien intruders across the planet Aelion.

With a whopping 17 classes to choose from and intensely specific character customization options, there is a lot to love about Skyforge on the surface. Much of the earlier story content can be done solo, and later into the game, it is entirely possible to do quests meant for up to three players on your lonesome. 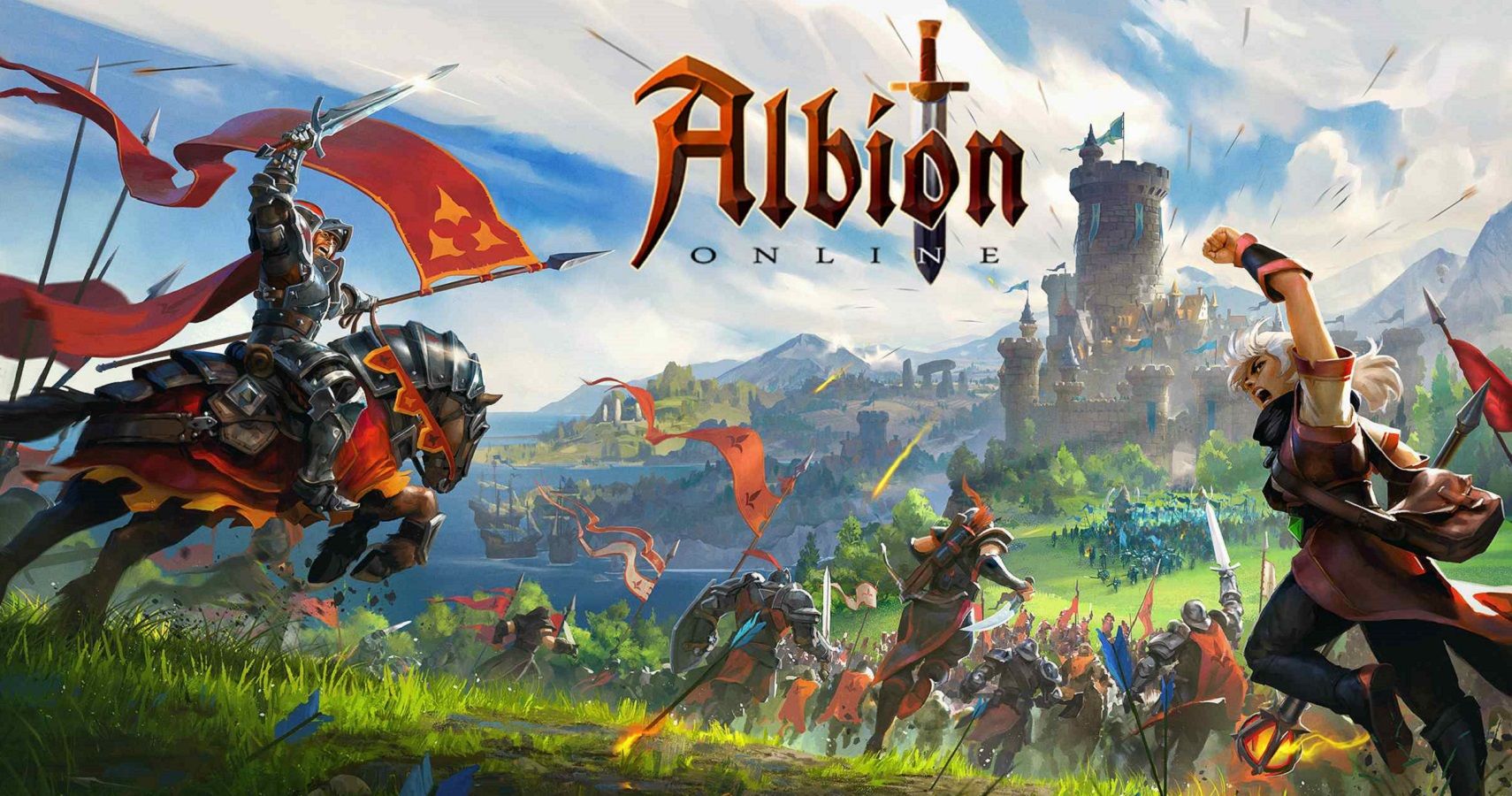 If you have ever grown bored of your chosen class or subclass in an MMORPG and found yourself frustrated over having to start from square one on a new character, consider checking out Albion Online.

Featuring a unique "classless" system where you can swap abilities based on what you equip, this self-described sandbox medieval fantasy MMORPG is a nice change of pace from other classic MMOs. It even lets you have your own island where you can farm, fish, and tend to animals. It might take a little more time, but Albion Online lends itself well to solo-play for anyone interested in leveling, crafting, and even PVP. 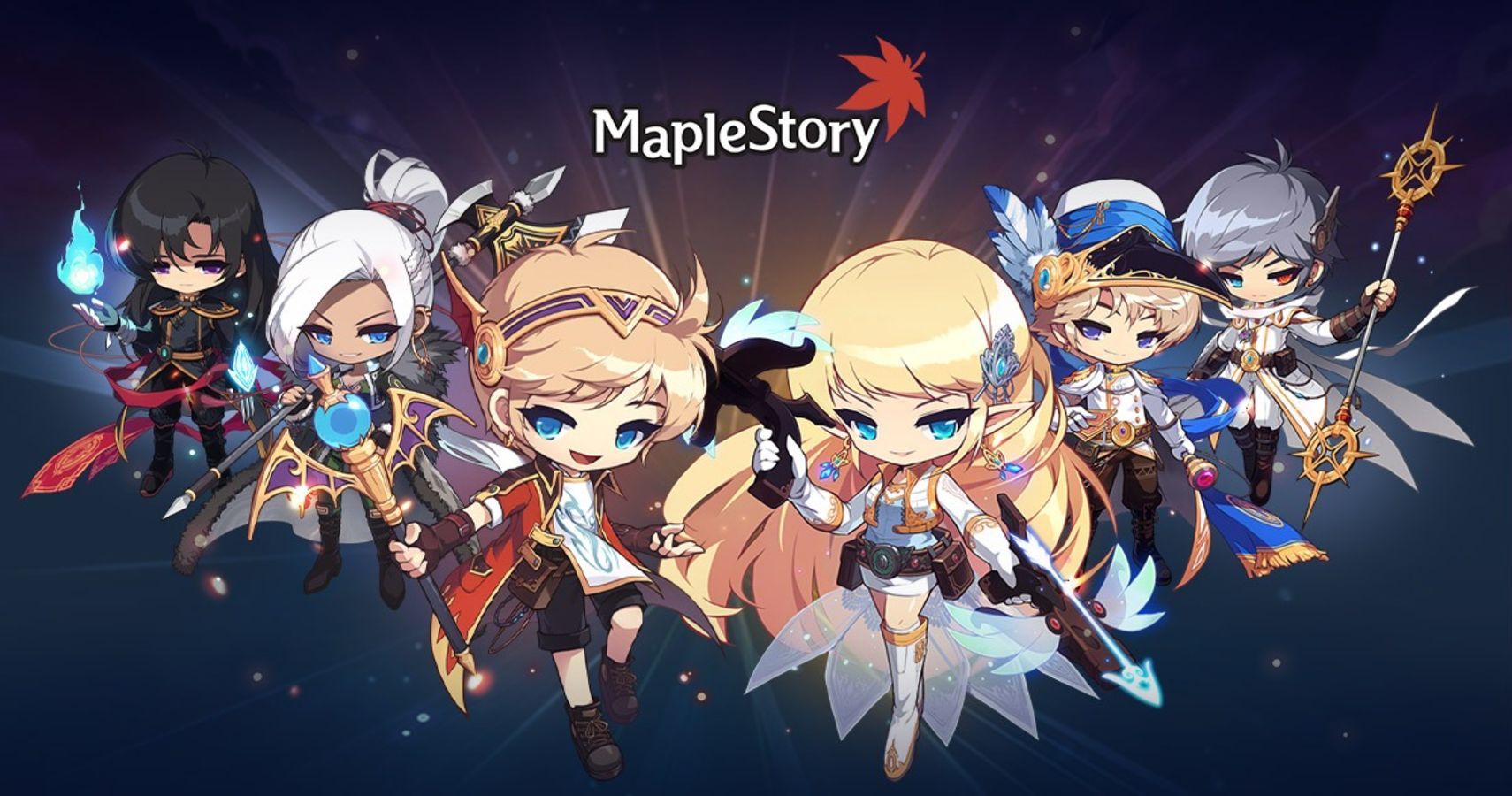 Few games really stand out as MMORPGs like MapleStory. In this unique, cutesy, chibi-style 2D side-scrolling MMORPG you play as a citizen of Maple World, fighting back against the evil Black Mage. Casual solo progression is definitely doable in MapleStory, and when the need arises, most find that it's easy to join guilds.

That can be necessary at some intervals, as fighting bosses requires a party. MapleStory still has a vibrant community, however, with lots of players on Twitch and community forums willing to help new players. 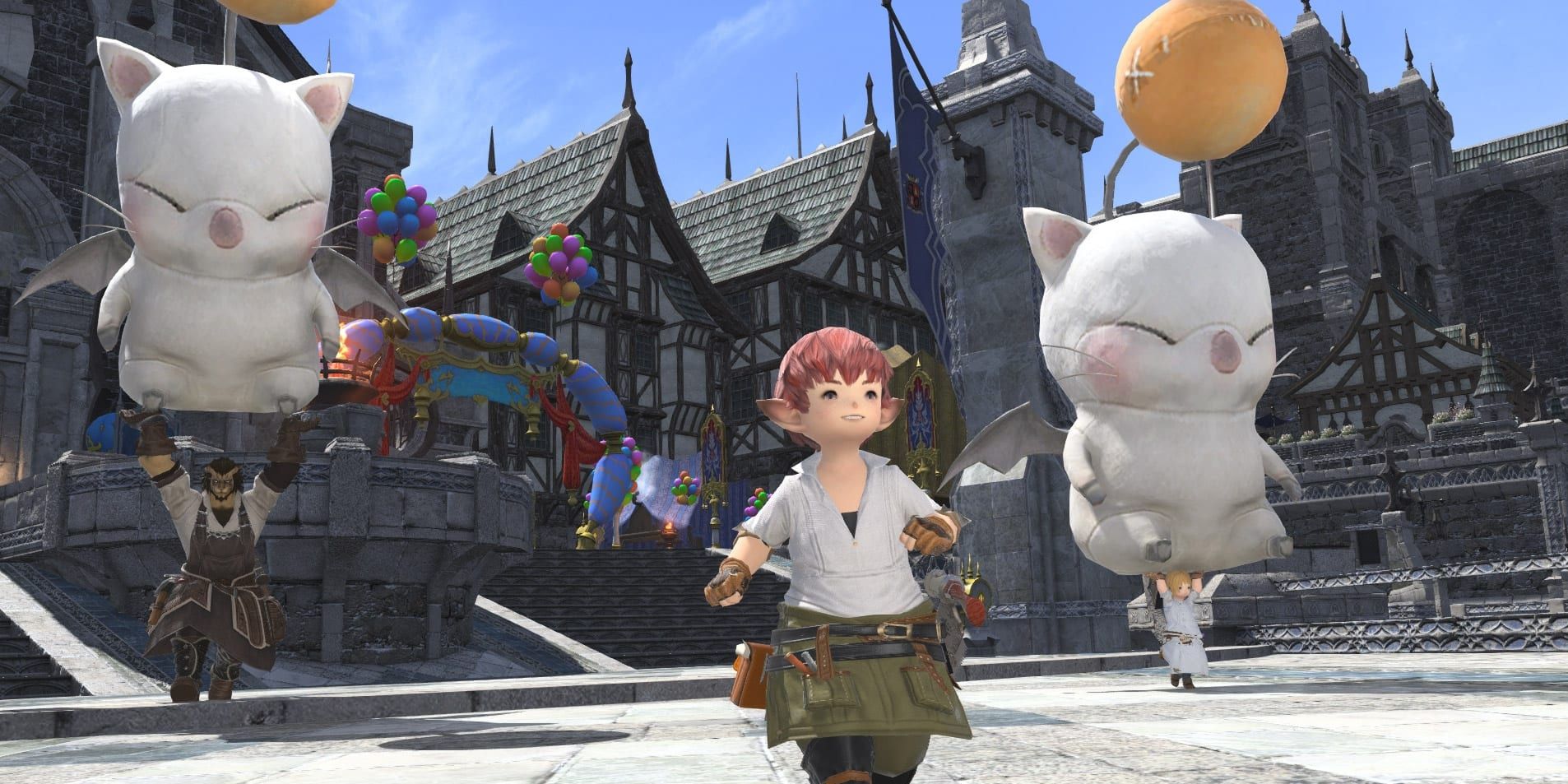 For a story-driven solo fantasy adventure, you cannot go amiss picking up Final Fantasy 14. The best part about this MMO is that it is versatile, offering a chill, narrative-focused route for the casual gamer while also supporting an active and overwhelmingly positive community of players who are known for helping out newbies. Final Fantasy 14 will even let you choose to solo dungeons, truly making it one of the more solo-friendly MMORPGs out there.

With the addition of the Final Fantasy 14: Endwalker DLC comes a whole new solo adventure in the form of the Island Sanctuary area. This single-player area promises Stardew Valley-feels, giving you the chance to customize building layouts, tend animals, and farm to your heart's content. 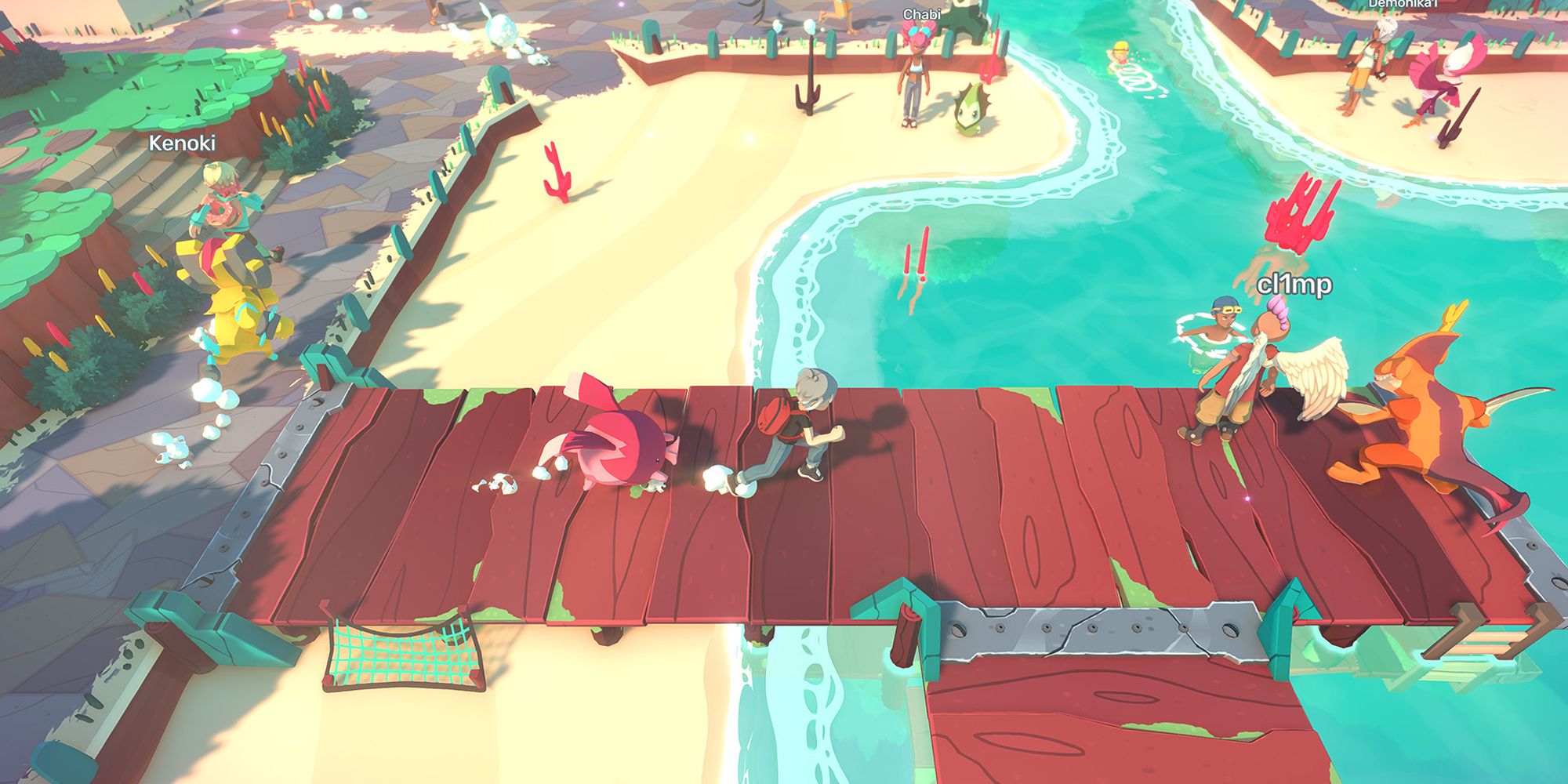 Temtem is one of the newest releases on our list, but it's a bit different. Rather than having a classic MMORPG feel with dungeons, classes, and a leveling system, Temtem is more like a multiplayer Pokemon.

In Temtem, you can collect a variety of creatures (also called Temtems), and explore the world. While exploring, you will be able to see other players and even interact with them, but this is completely optional; you can play the entire game without coming in direct contact with another player. 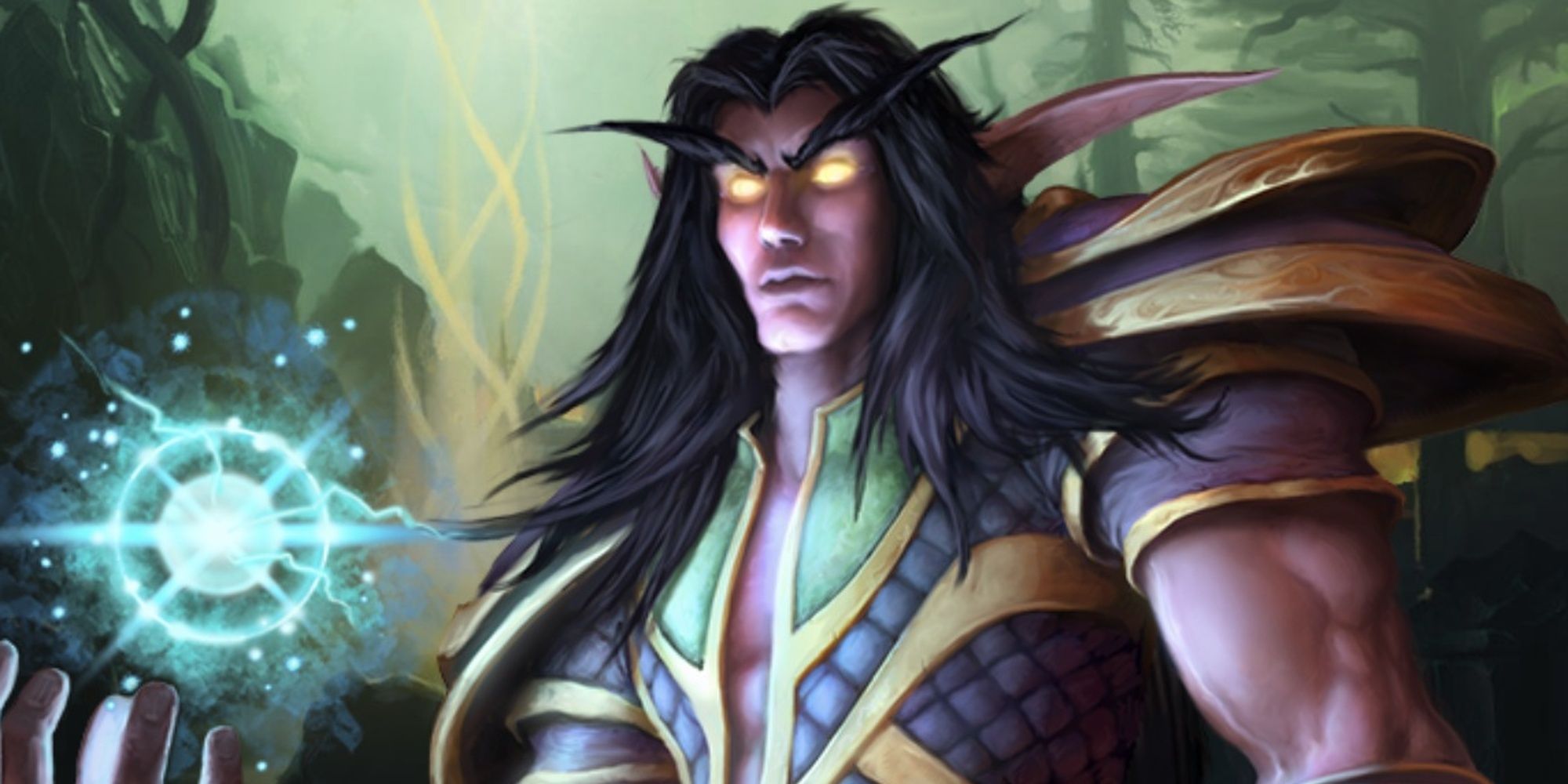 World of Warcraft needs no introduction; this is one of the most well-known MMORPGs; even if you don't play games in this genre, you know of World of Warcraft. While this game provides plenty of dungeons, raids, and PvP opportunities, it's also great for those of you looking to play alone.

The story can be played through by yourself, and a majority of the dungeons are completely optional. While they can add to the story, you can skip over these group activities and get to playing solo. If you do decide that you want to play with others, the opportunity will always be there. 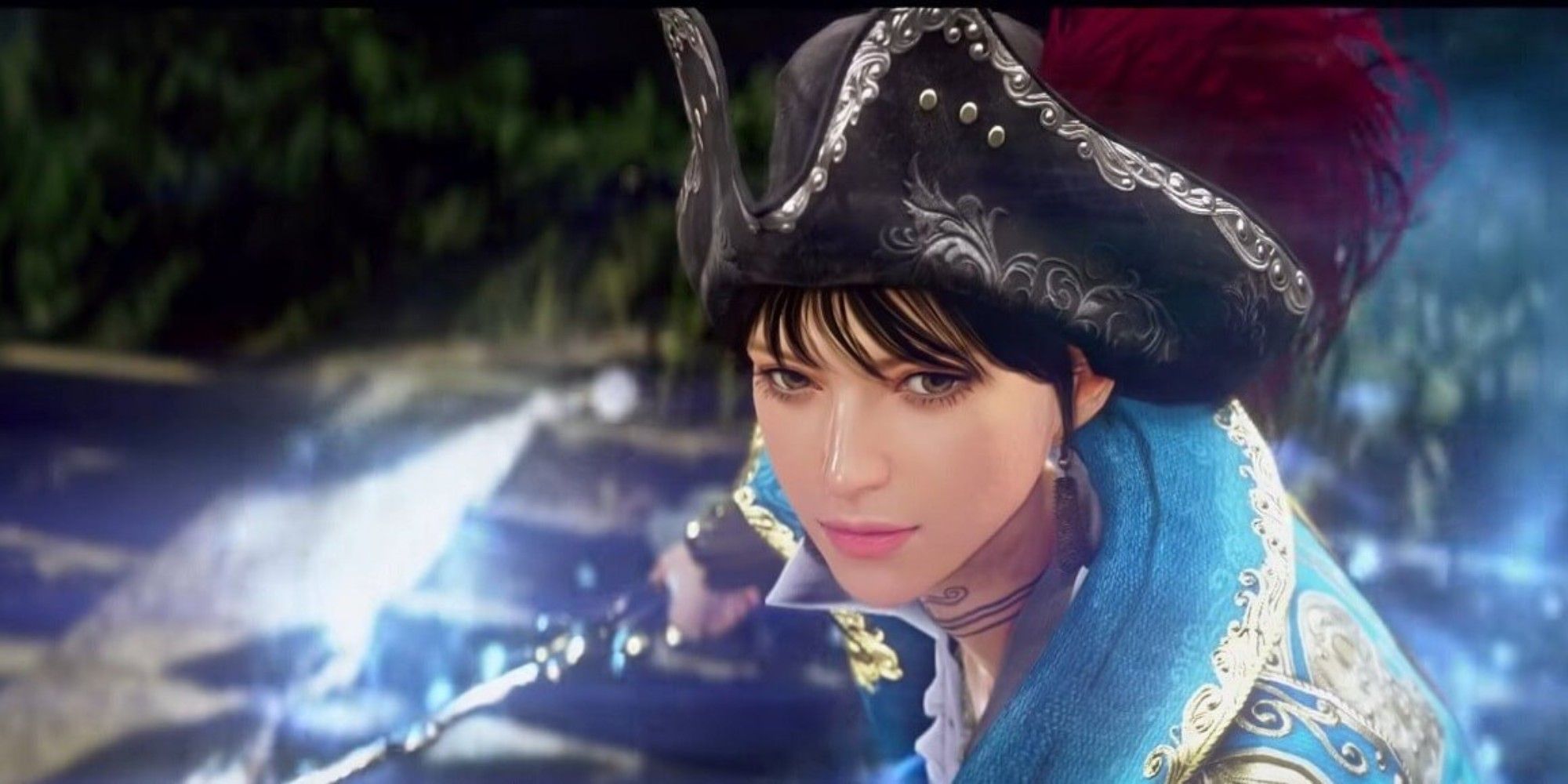 Black Desert Online is a sandbox MMO, allowing you to do pretty much anything that you want. There is no classic MMORPG structure, with raids, dungeons, and a clear linear story. In Black Desert Online, you can do anything that interests you, from building the ultimate ship to having an army of workers to produce items for you.

Much of the content in Black Desert Online is geared toward solo-play. As there is no structure, you can interact with other players as little or as often as you want. Some content is only available if you are playing with others, but there is still tons of content for you to play through by yourself. 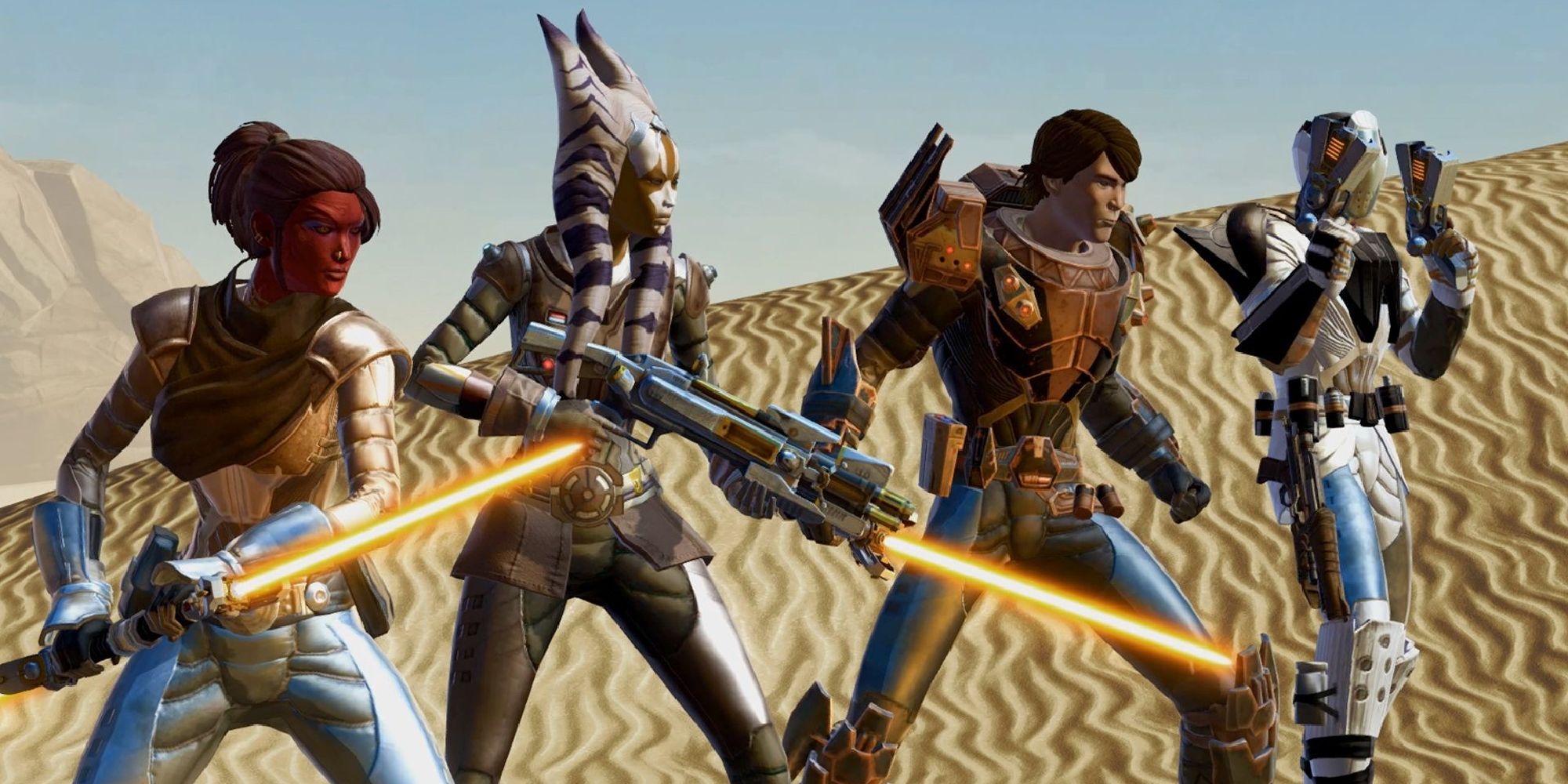 Lastly, we have Star Wars: The Old Republic. Like other games on our list, there is group content in this MMORPG, as well as tons of content that can be completed alone. While playing, you won't be missing out too much if you don't participate in group content.

Leveling content in Star Wars: The Old Republic is meant to play solo, so you can dip your toes into the game and level up by yourself. Once you feel confident enough, you can join others, but this is just a small portion of the content available to you.