In life, there are many questions we may ask. How did the universe begin? What comes after death? Do you pour cereal or milk first? With so many things we'll never truly understand, we float through this endless abyss of stars pondering the answers to queries we can never solve. However, there are some questions with more importance than ever.

For years, scientists have been trying to figure out the answer to the age-old question: what would a Chocobo do if it had human arms? A question you yourself have contemplated too, I'm sure, so today we aim to carry out some extensive research into just what the answer might be.

5 Join The Party In Battle As A Mage 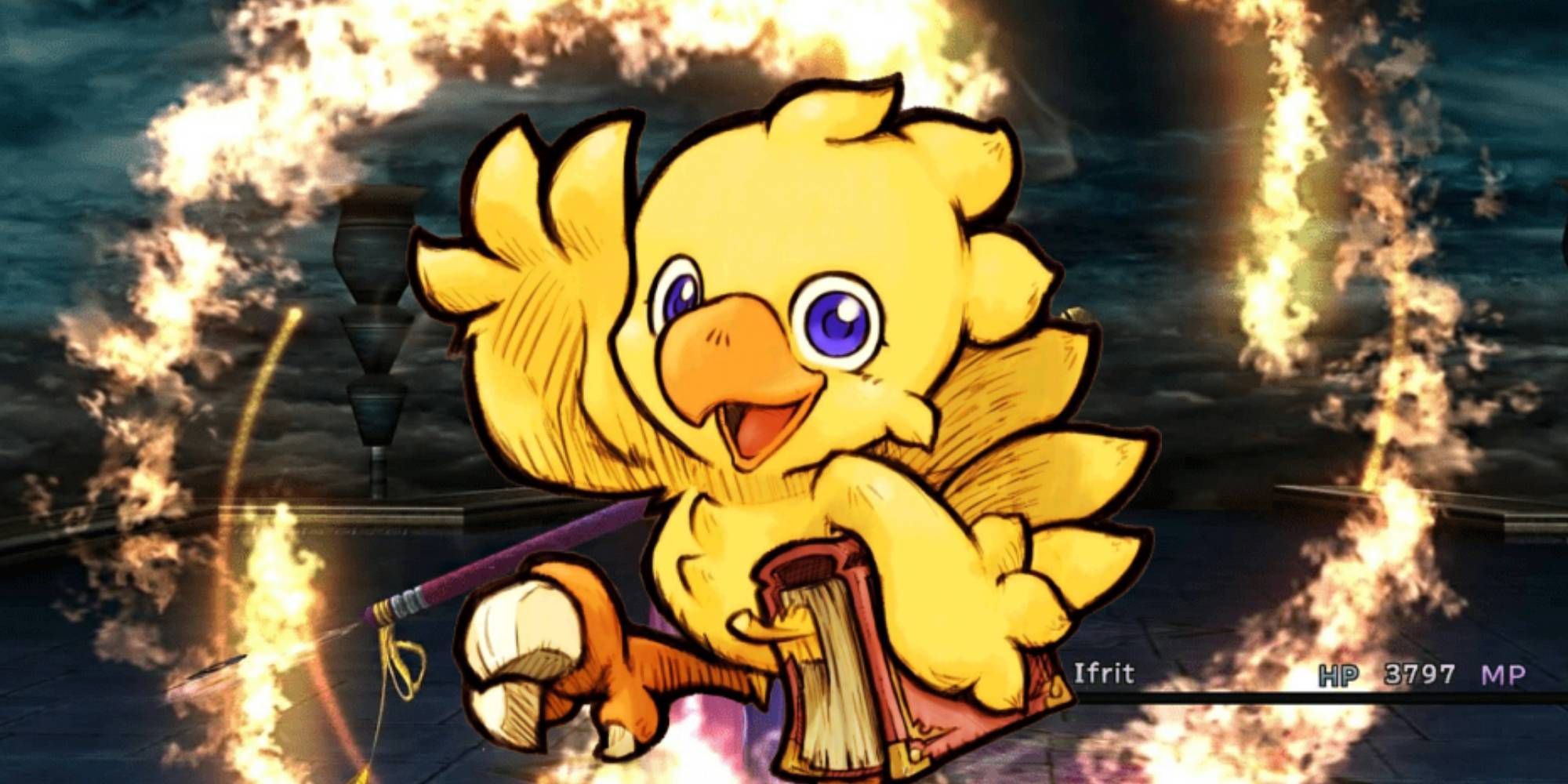 First and foremost, those fluffy, oversized chickens could actually make themselves useful besides transport and being cute. Sure, racing around is all well and good, but gosh darn if this bird could cast some healing spells, that would be just lovely. The party is dying, Chocobo, the party is dying and you are doing nothing about it.

With those glorious mage hands, a Chocobo could learn all manner of spells, carry around various magical items, and even don a wonderful pointed hat to top it all off. Sure, we've seen a similar thing in Chocobo's Dungeon, but not with human arms. Plus, I'm sure Noctis and company would have really appreciated the help on the journey to becoming king.

4 Revive Someone With A Phoenix Down 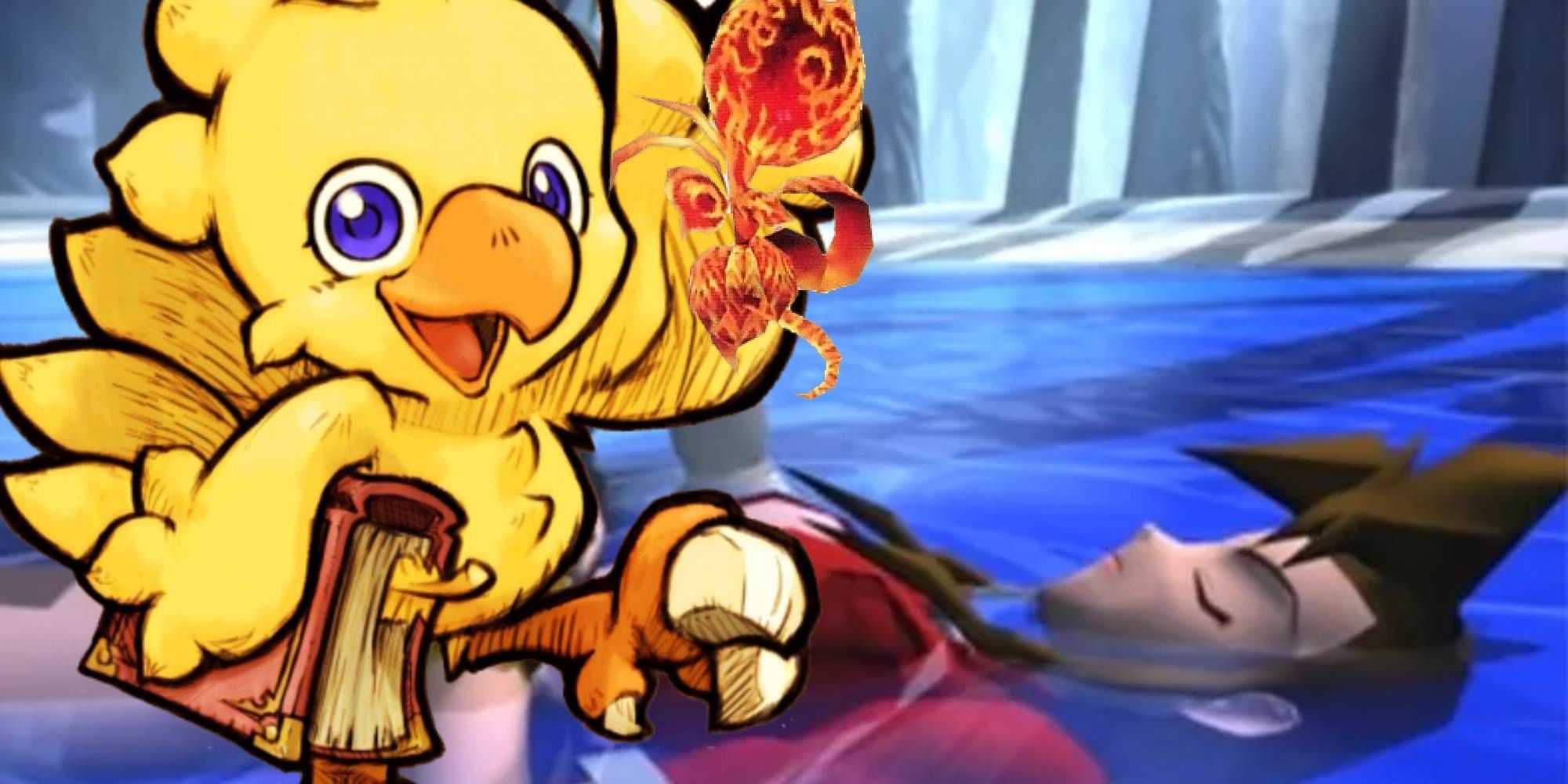 Okay, so if not able to learn and cast spells with those oh-so-great-but-don't-think-about-it-too-much arms, this new form of Chocobo could at least carry around some Phoenix Downs and use them on party members when they needed it.

Most Chocobos will watch on with those beady little eyes, all this time posing as a loyal companion, but now watching you and your friends fall to horrendous monsters without a second thought. But not our Chocobo with arms, no – this Chocobo really cares. I really hope so anyway. 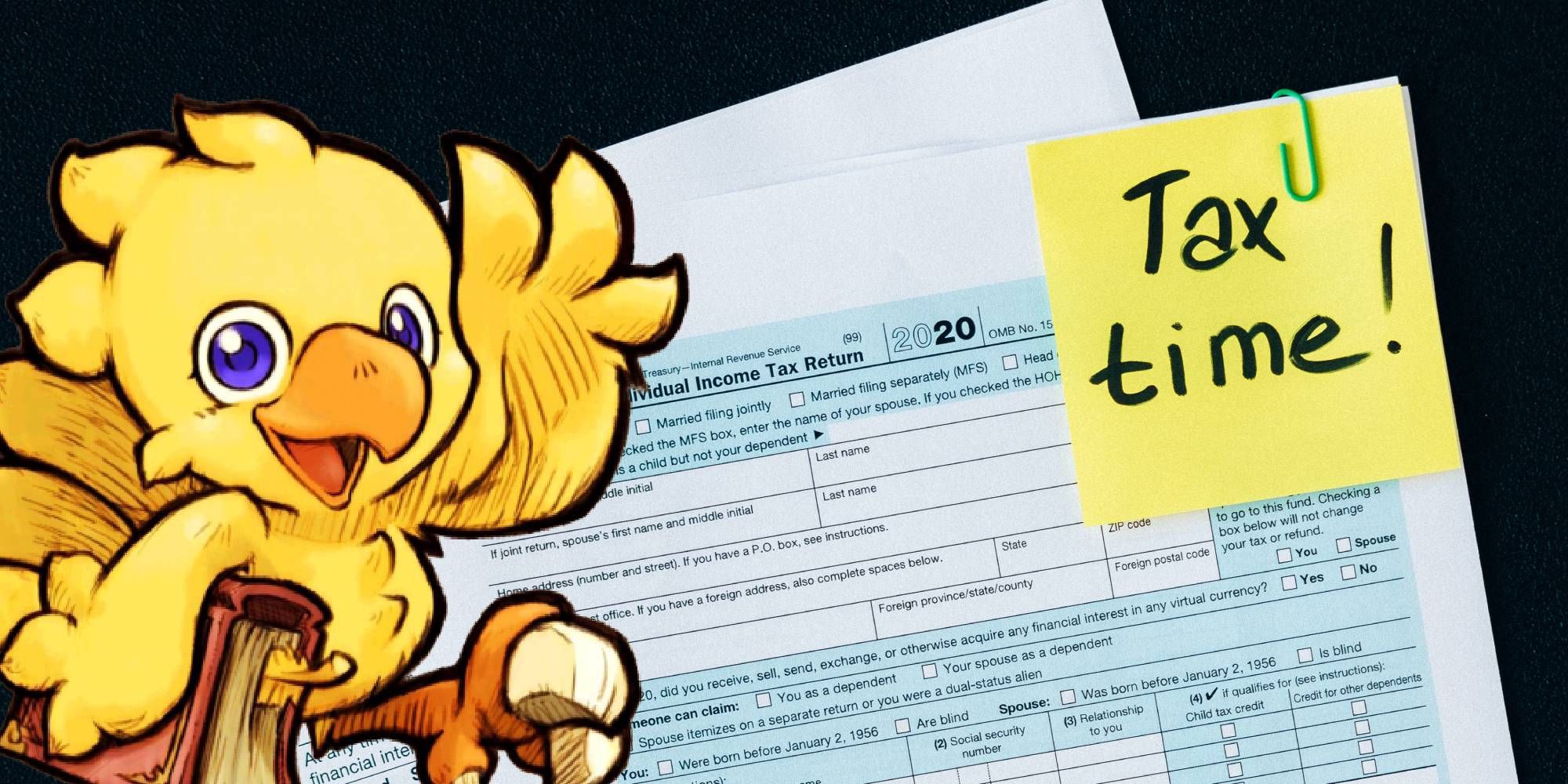 Life isn't all fun and games, and sometimes the party needs to rest to sort out some fantastical adult responsibilities. Look, Chocobo, if you're not going to learn any spells or carry around potions for us, you could at least do the party's taxes in the downtime.

Bust out that laptop, equip some little spectacles, and get sifting through receipts Chocobo – it's time to pay the big man. Oh, all those receipts for Phoenix Downs? Yeah, well… someone's got to be responsible for them. 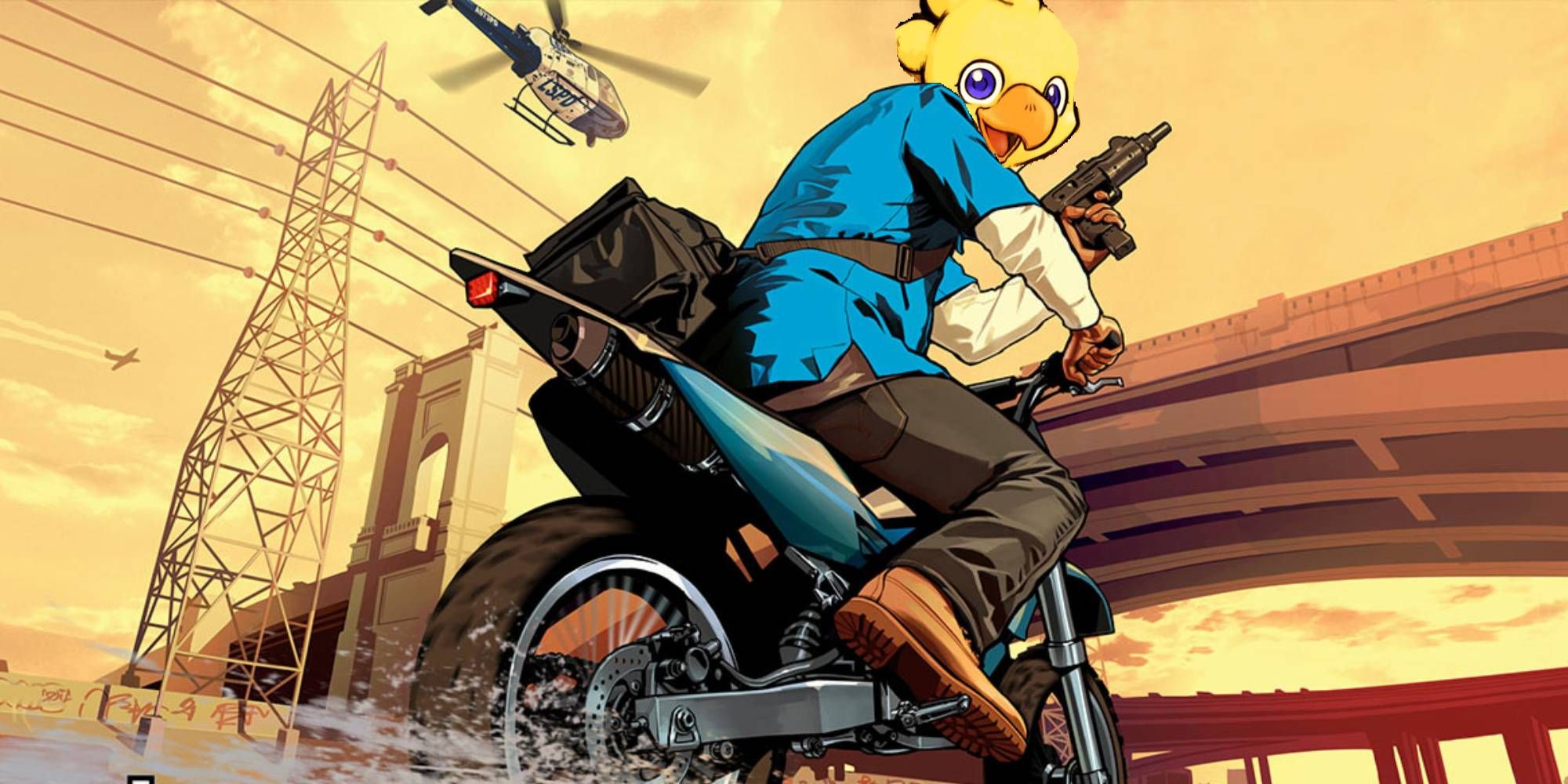 Do Chocobos have morals? I can't say for certain, and neither can you, so it's time for Chocobo to hit the town and do some crime. You might think that sweet little bird would just rest between adventures, but oh no – oh no, indeed.

Our lovely Chocobo has been stealing from vendors, assaulting other Chocobos, and has even… wait you didn't pay the taxes?! Chocobo! What the- 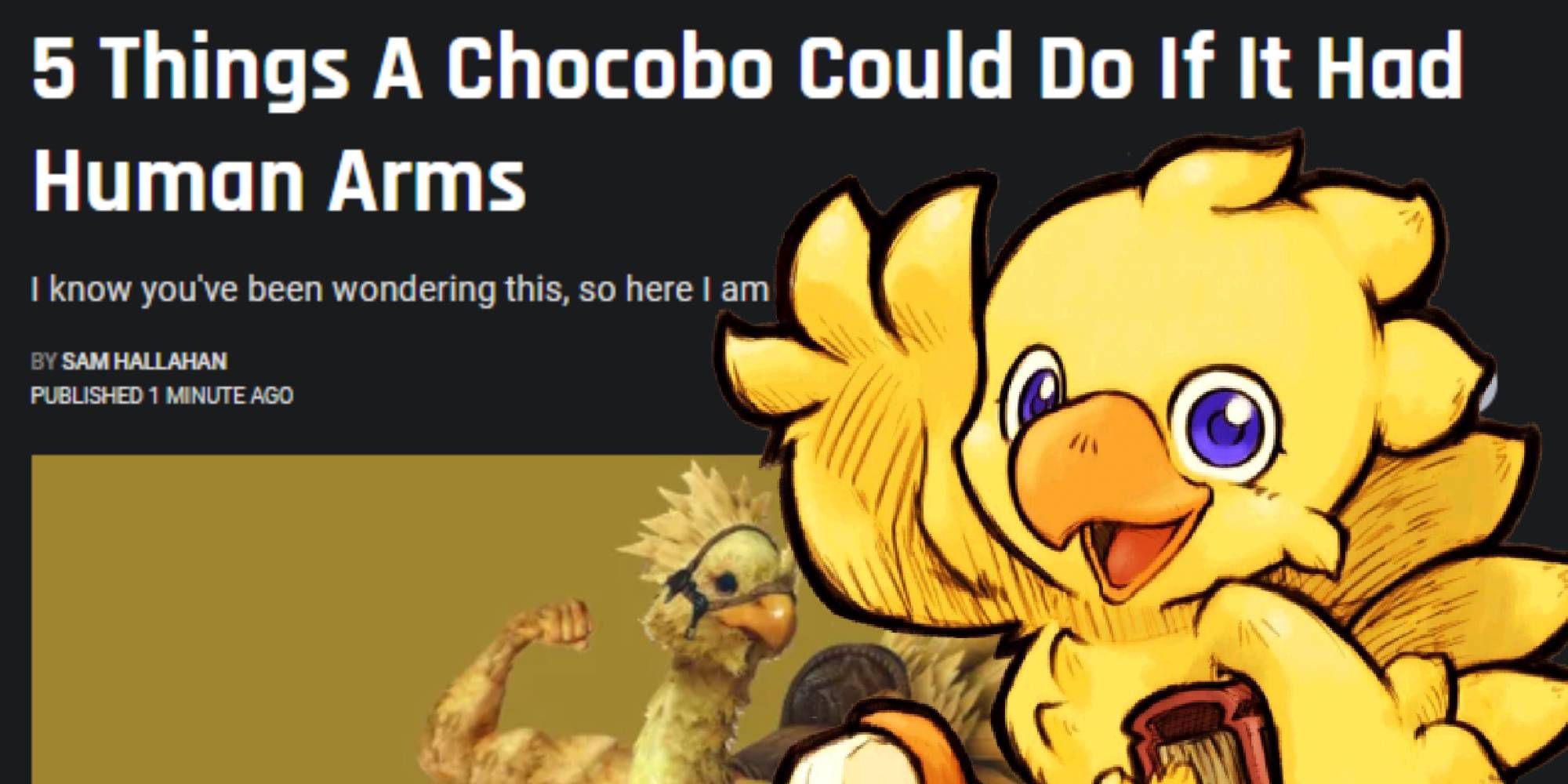 Oh, wouldn't that be grand, indeed.