At this year’s New York Toy Fair, Wizards of the Coast CEO Chris Cocks had some great info to share with Dungeons & Dragons fans — seven digital D&D titles are in development and at least one title will launch per year.

As exciting as that may be, that’s all we got. Cocks didn’t mention any specifics as to what platform these games will launch on or what genre they belong to. Of course, it was already known that Baldur’s Gate 3 will be released in the coming years, so there’s one of the seven titles. Wizards of the Coast also acquired the game studio Tuque, which is creating a new game called Dungeons & Dragons: Dark Alliance. Two down, five still unknown.

Then there’s Archetype Entertainment, Wizards of the Coast’s new studio that is staffed by former Bioware employees. We don’t know much this company, but they are currently on a hiring spree, and its official website claims that Archetype Entertainment is “assembling a world-class team to build a multi-platform roleplaying game set in a new science fiction universe. Whether this will tie into Dungeons & Dragons is unknown, but the studio is definitely working on an ambitious project.

During the same event that Cocks made his announcement, there was a presentation that discussed all brands owned by Hasbro — including Dungeons & Dragons. The franchise wasn’t the focus of the slide show, but there is mention of a D&D mobile game. It doesn’t seem to be anything new, rather just an image from the already available Warriors of Waterdeep. 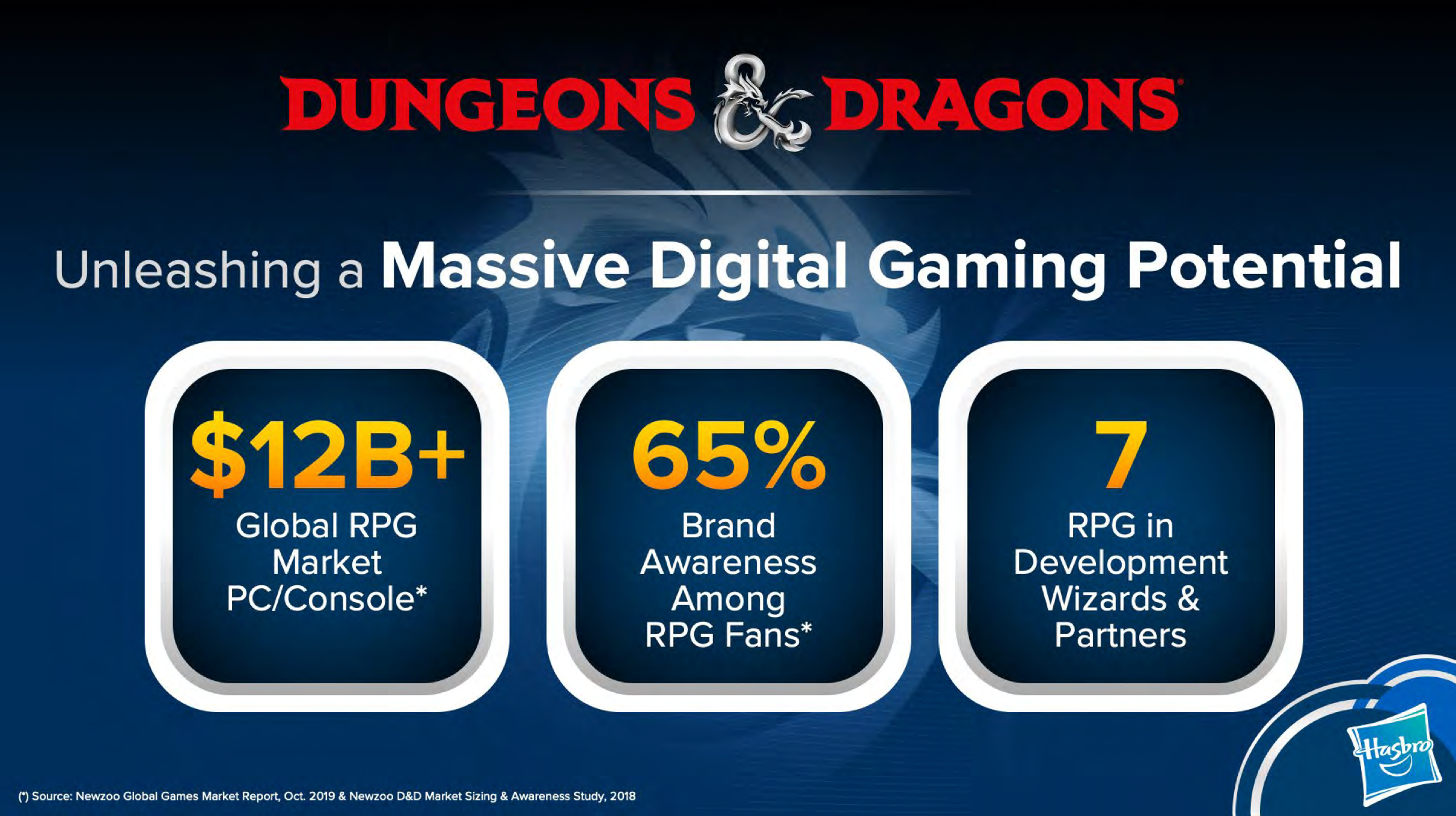 The presentation goes on to discuss the massive appeal of the Dungeons & Dragons brand. This is D&D‘s sixth consecutive year of growth, an impressive accomplishment for the pop culture behemoth. Offering more than a tabletop experience has been key to its success, as the critical and commercial achievements of its many video games can attest.

Even though we don’t know much about the seven upcoming Dungeons & Dragons games, it’s still an exciting time to be a fan. With Baldur’s Gate 3 preparing to show gameplay footage at PAX East, get ready for internet to lose its collective mind.