Hating chores is a universal truth. Whether you're scrubbing the bathroom floor, taking out the trash, or picking weeds in your garden; even if these troublesome tasks only take a few minutes, they can disrupt the entire flow of your day. Naturally, some game developers have taken it upon themselves to make chores fun.

From adding score counters, to letting you tackle problems with friends, to any number of little gamey adjustments, it's totally possible to provide a deep sense of fun and satisfaction when developing games based around the daily grind.

7 Stardew Valley: Getting Up At The Crack Of Dawn Has Never Been More Fun 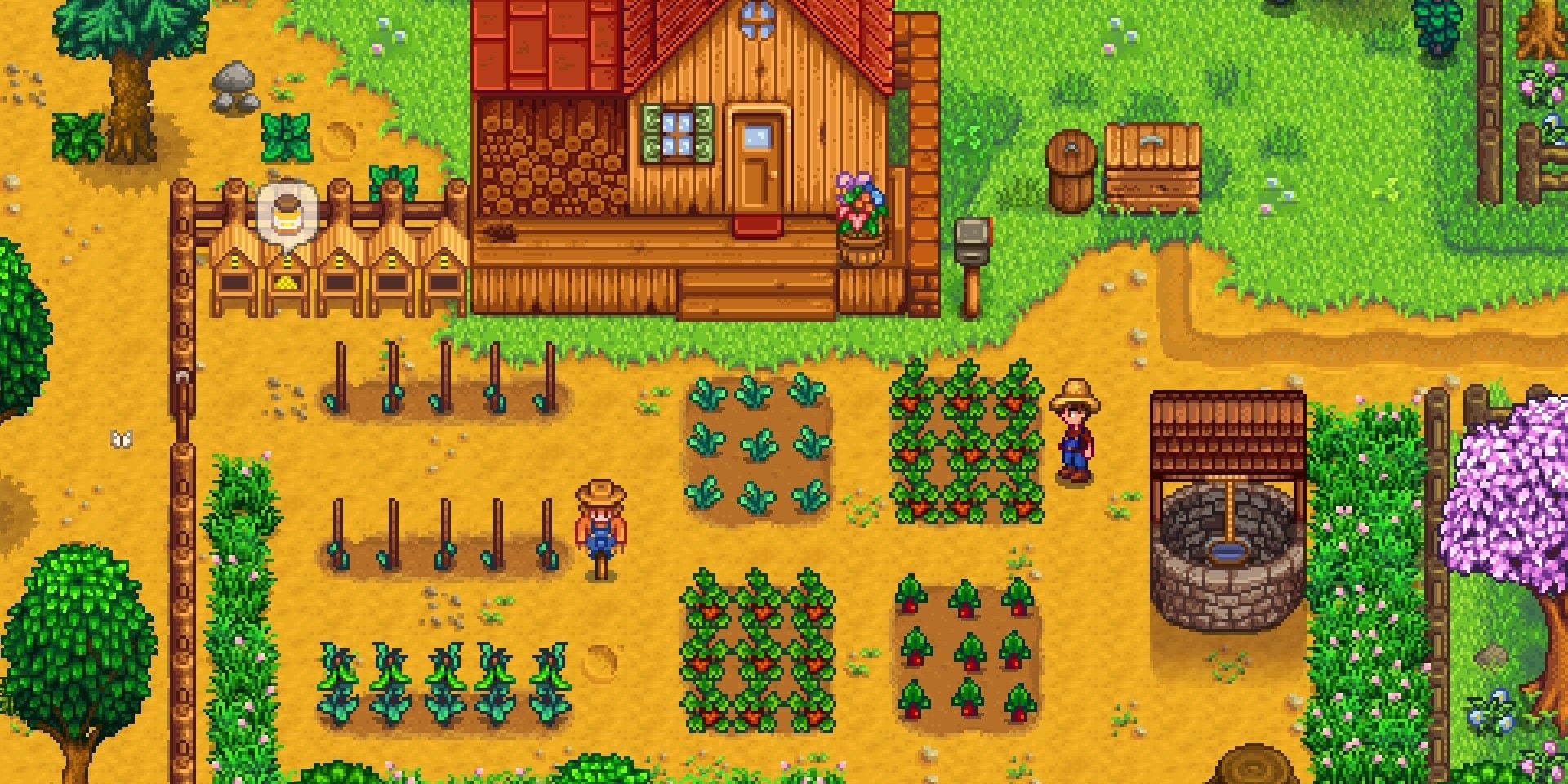 Anyone who grew up on a farm can tell you that it's not a glamorous life. Waking up long before the sun rises to tend to crops and livestock is difficult living, and far from what you would call "fun". However, there is a certain charm to the agricultural lifestyle which developer Eric Barone tapped into with their hit game Stardew Valley.

Since 2016, millions of gamers have logged countless hours into the charming pixel art farming sim; happily performing tasks they likely wouldn't dream of doing in real life. It turns out that without the early hours and physical labor (and don't forget the smell), tending a field can be immensely relaxing and incredibly satisfying.

6 Moving Out: All The Chaos Of Moving Without The Back Pain 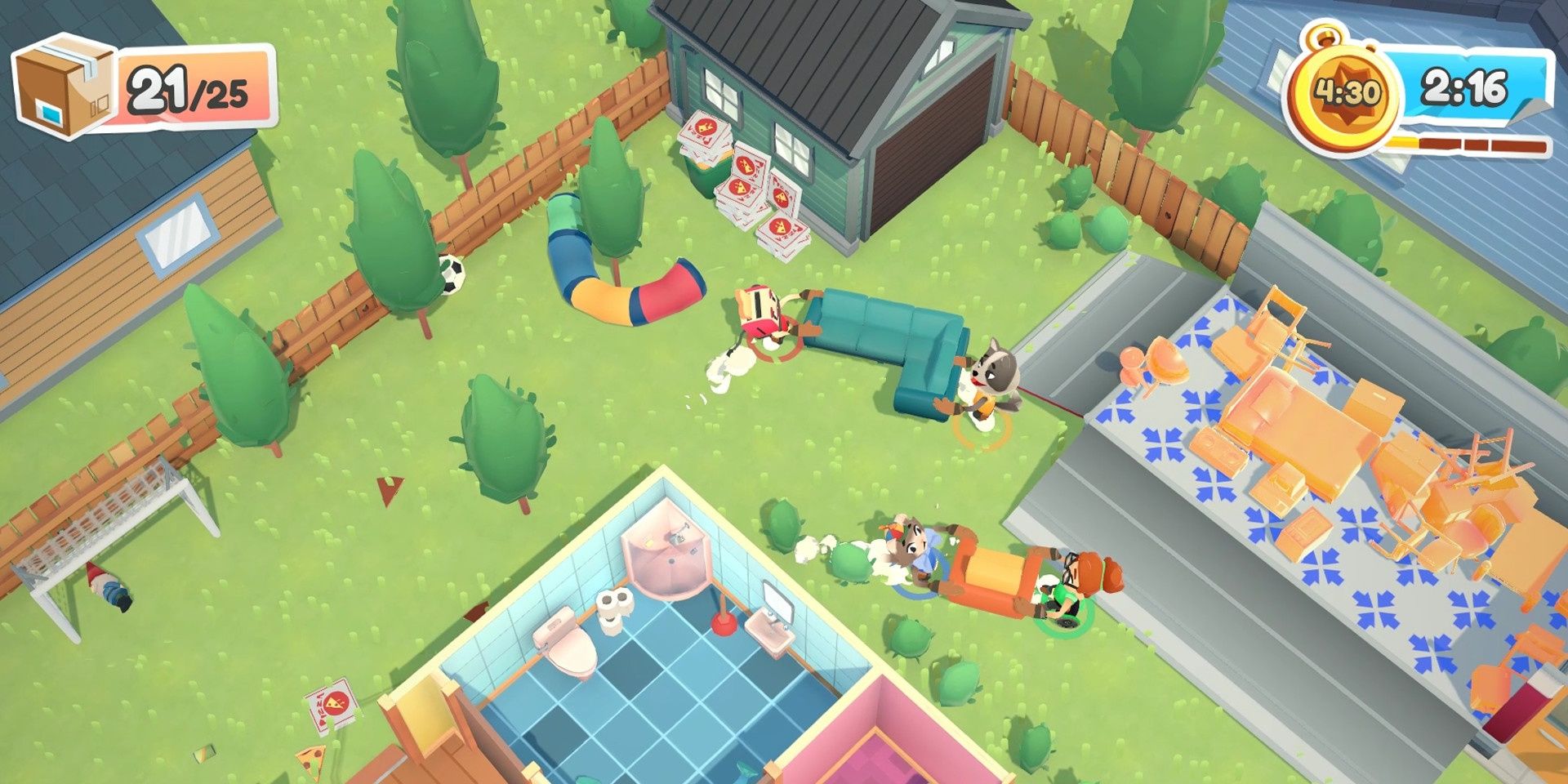 There are few things in this world people dread more than being asked to help someone move. A long day of manual labor, where you're moving up and down stairs with heavy furniture, is one of the most unpleasant activities you can do with friends. In Moving Out, the reverse is true! Yes, you'll be doing all those things, but this time it's virtually — and with a splash of chaos added in to mix things up.

The result is an incredible cooperative experience, as you and your friends battle the physics system (and sometimes each other) in order to clear increasingly complex levels full of furniture. If you're a fan of chaotic couch co-op experiences, then this is a perfect choice to try with some friends.

5 Adios: An Unforgettable Narrative Wrapped Up In Your Daily Chores 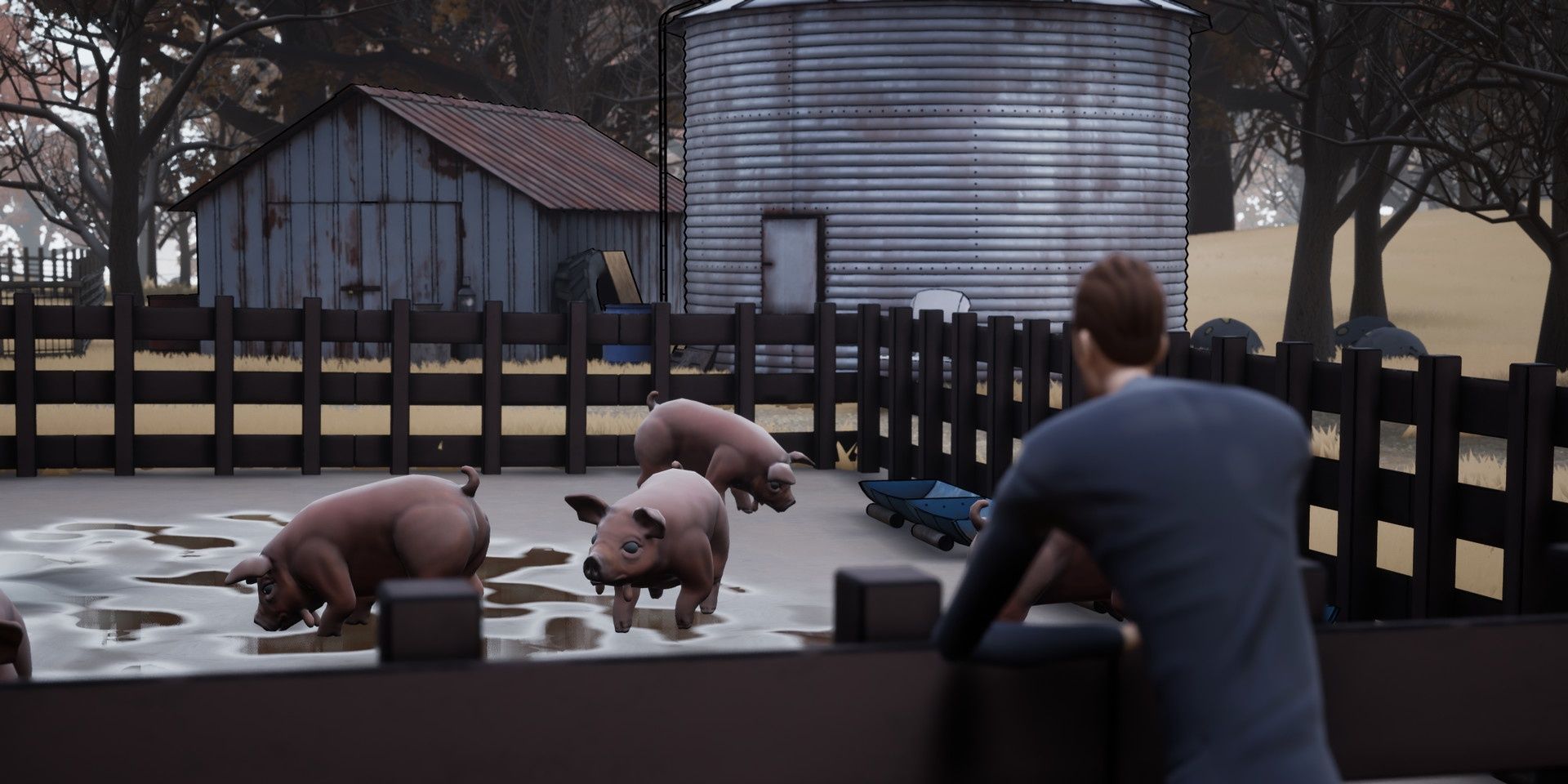 Your definition of "fun" might vary here, but Adios provides a moving story wrapped up in the mundanity of everyday chores that isn't to be missed. This short indie gem sees you take control of a pig farmer with mob connections, who's decided he wants to leave his life of crime behind.

What follows is a quiet, contemplative game. You move about your farm performing various daily tasks, as you reckon with your impending death at the hands of the mob. Utilizing the quiet moments that come between chores as a contemplation on life and death is a stroke of genius, and fans of narrative-driven games won't want to miss this somber little tale.

4 Animal Crossing: If Only These Were Your Real Neighbors 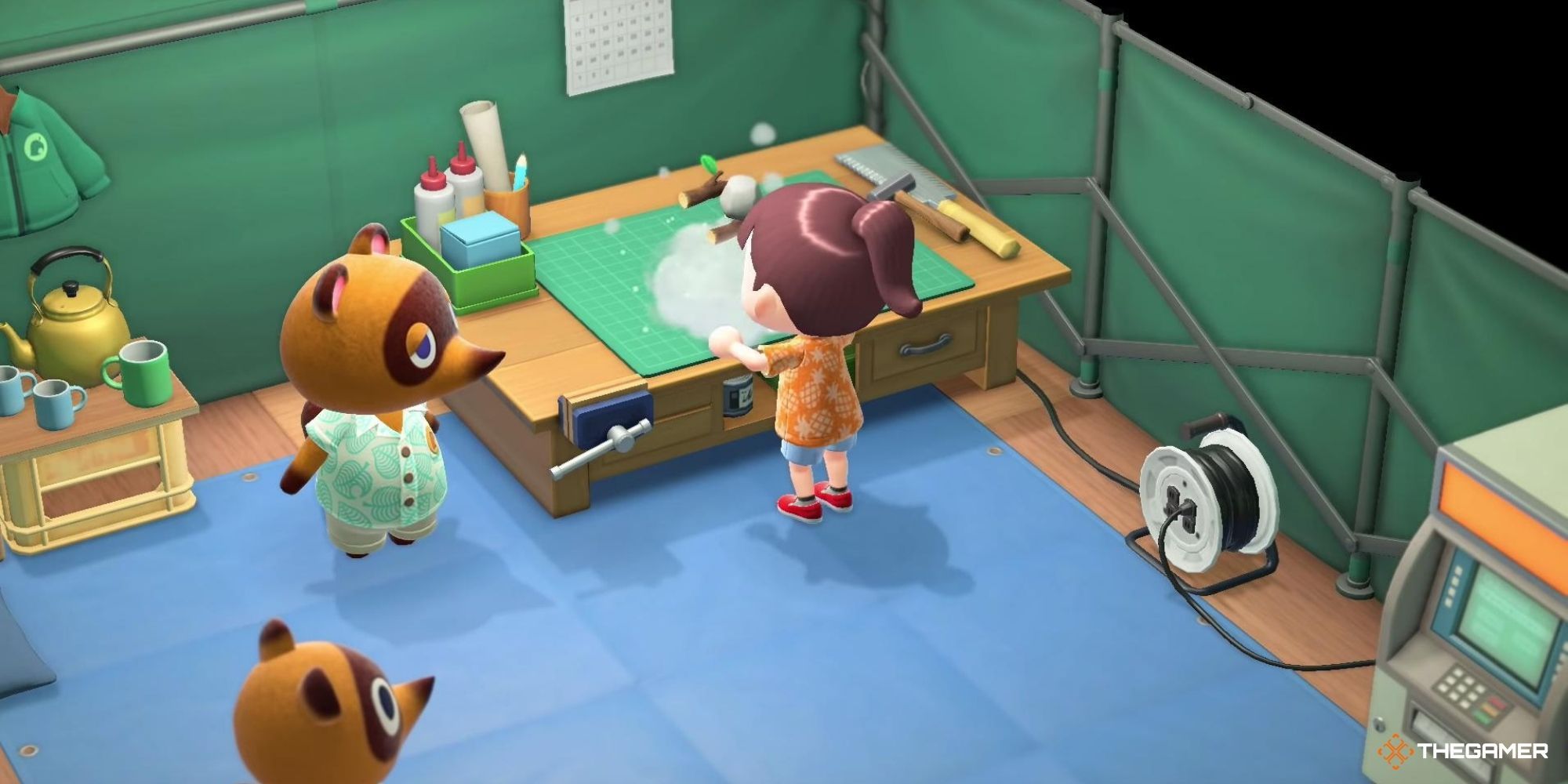 No matter which variation of Animal Crossing you're playing, you're going to be performing countless chores and odd jobs for your colorful collection of adorable animal neighbors. What's the trick to making this more fun than helping your real-life neighbor move a couch? These tasks are quick and rewarding, giving you rewards such as furniture items to deck out your house.

On top of favors, you'll also be doing other mundane activities around your town, like picking weeds or beautifying your walkways. With New Horizons alone selling over 30 million copies since 2020, it's clear there's some part of every gamer who wants to complete chores — just virtually.

3 Hot Pot For One: Uncover The Joys Of Cooking Alone 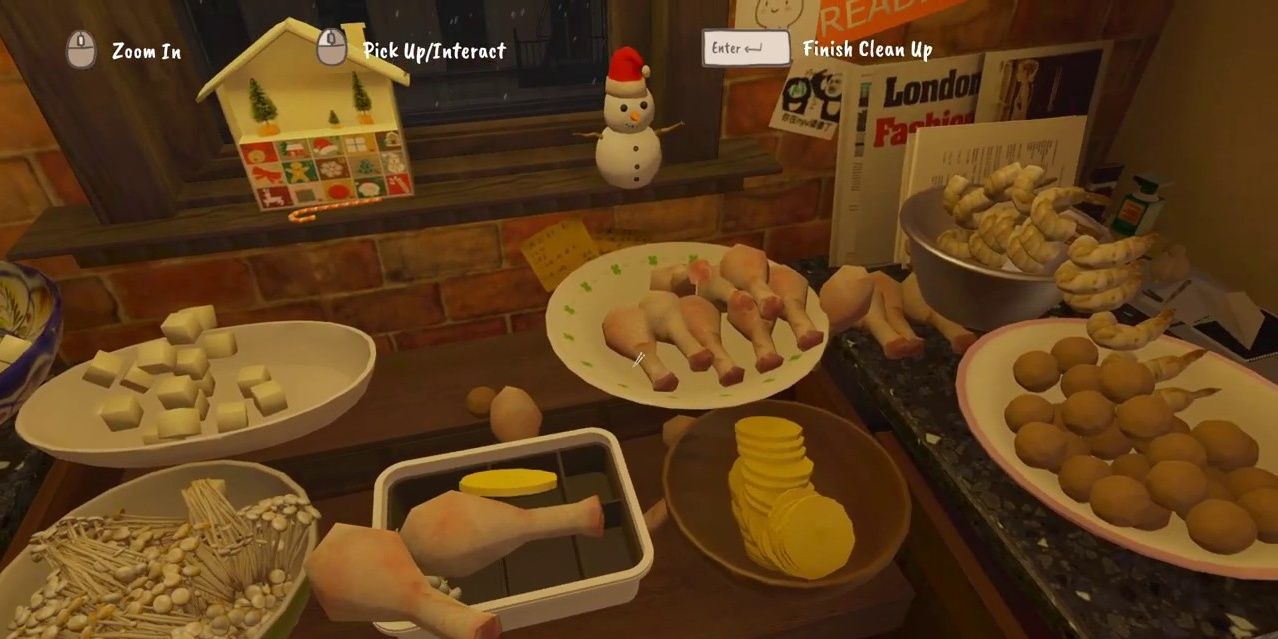 Another indie gem, Hot Pot For One sees you cooking a meal on your own, utilizing the titular Hot Pot. Unlike traditional cooking games, Hot Pot For One encourages you to experiment with ingredients, rather than follow strict recipes.

While it's a relatively short experience, Hot Pot For One is a lovely little experience that steeps you in the bittersweet atmosphere of cooking alone on a winter's night. However, unlike cooking in real life, there's no mess to clean up afterwards!

2 The Closing Shift: Experience The Existential Dread Of Working Alone 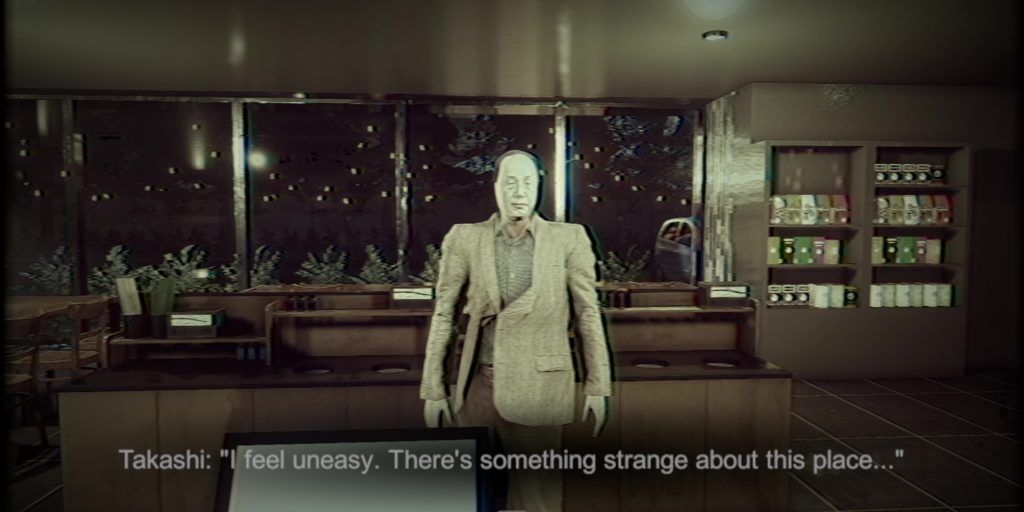 Edging into the horror genre, The Closing Shift has you working alone at a coffee shop late at night. If you've ever worked a night shift before, you know the biggest thing to fear is actually your own boredom, which grows more severe every minute. However, behind its surprisingly robust coffee-making mechanics, The Closing Shift hides an incredibly eerie little horror fest.

As the night slowly moves along, you'll notice something is amiss at your shop. By the game's end, you'll be fighting for your life against the things that go bump in the night. It's far more entertaining than your average shift as a barista.

1 The Sims: Chores Are More Fun When You Make Others Do Them 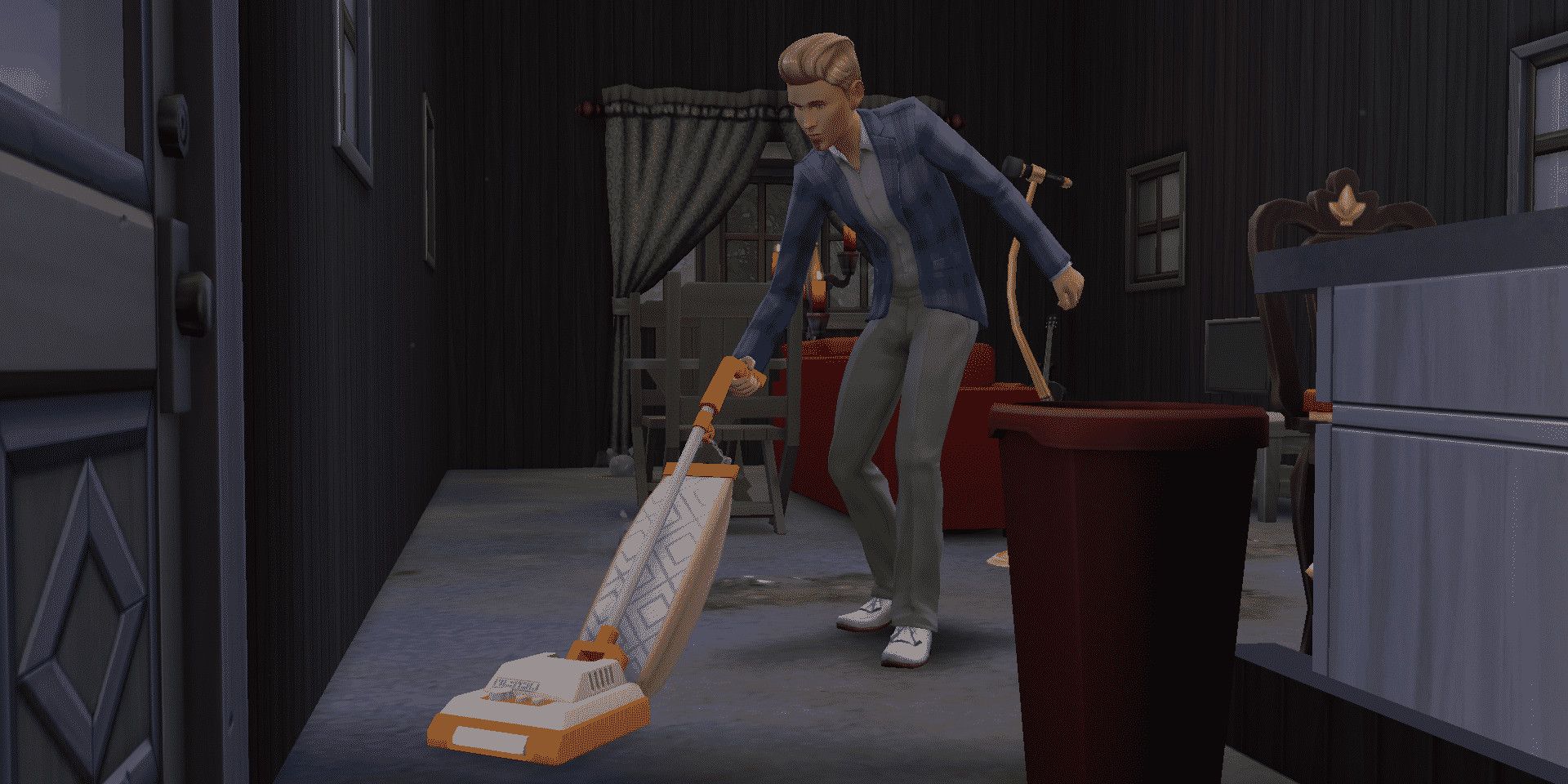 Whether you're playing the classic original game, The Sims 4, or any game in between, you'll run into countless chores throughout The Sims. The trick to making them fun? You aren't really the one doing them! Instead, you're sending one of your Sims to do them for you.

Making chores more passive frees up your time to focus on other aspects of the game, existing as a resource management mechanic rather than the primary focus of your attention. Now you can look on in amusement, or go tend to something else in your house, as your sim carries out the task. Whether it's taking out the trash, cooking for the family, cleaning the bathrooms, or any other manner of household chore; it's sure to be easier (and more enjoyable) in The Sims than it is in real life.

Related posts:
05/27/2022 News Comments Off on 7 Games That Make Doing Chores Fun
Hot News
Monster Hunter Rise: Every Flooded Forest Relic Record
Debate over AI sentience marks a watershed moment
"The Supreme Court Can Go F*ck Itself", How The Games Industry Is Responding To Roe V. Wade
Ghost of Tsushima Fans Discuss What They Want From A Sequel
Hideo Kojima Put A Project On Hold Because It Was Too Similar To The Boys
Recent Posts