Harris Blitzer Sports & Entertainment, the owner of the NBA’s Philadelphia 76ers and NHL’s New Jersey Devils teams, has appointed David Abrams as head of investments. He will lead the company’s investments in sports-related ventures, esports, media, and entertainment.

Abrams will leverage the company’s expertise in operating professional sports teams and venues to lead investments in startups and acquisitions in the area of sports, technology, media and entertainment. He will report to HBSE CEO Scott O’Neil. It’s another sign that esports and gaming are pushing up into mainstream business and culture.

In an interview, Abrams said, “We’ve combined our entertainment and sports assets into one business. But in conjunction with that, we started looking at investments as a way to leverage the expertise that we have internally. And for me the opportunities that we’re seeing across the entertainment and sports landscape all came together at the right time.”

O’Neil said in a statement that HBSE is well-positioned to act on opportunities at the intersection of sports, media, and entertainment. He said that Abrams and the strategic investment team will tap the company’s strength in sports and entertainment to drive future growth.

In his new role, Abrams will be charged with tapping HBSE’s deep expertise in operating professional sports teams and venues with its existing investments in start-ups and real estate to capitalize on investment opportunities.

Abrams will focus on identifying complementary businesses and assets and leading HBSE’s efforts to attract additional capital as it scouts the sports and entertainment landscape for exciting new opportunities in early-stage companies. Abrams said that HBSE has been making small investments in pre-seed companies, but it will tap outside capital to invest in larger venture opportunities. The company will also make growth equity investments with HBSE’s own money over time. 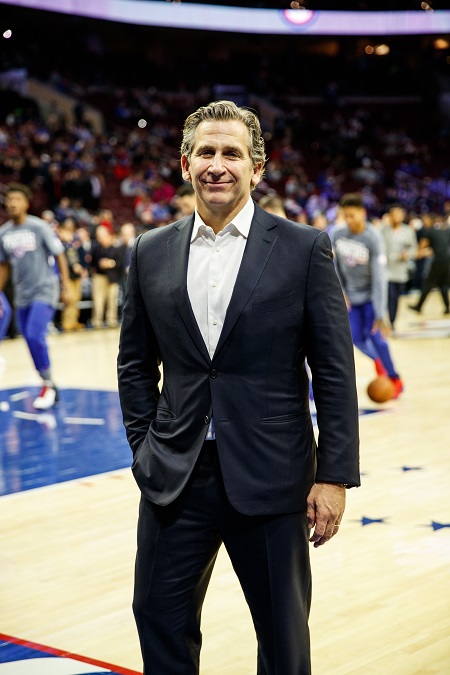 This year, Abrams helped HBSE successfully complete the merger of its esports business, Dignitas, with Clutch Gaming. That deal included a follow-on $30 million capital raise and led to the formation of a new parent company, New Meta Entertainment.

As part of his responsibilities, Abrams will work with HBSE Ventures and the Sixers Innovation Lab as they continue investing in early-stage companies that expand and complement HBSE’s business.

HBSEV, HBSE’s sports technology venture capital arm, has been investing in Series A and B startups and early lifecycle companies in the sports and entertainment space. Notably, HBSEV led investment in the AI-driven basketball shot analysis technology, HomeCourt, and Fevo, a next-generation user interface for groups booking tickets and live experiences.

HBSE first began venture investments in 2016, with the opening of the Sixers Innovation Lab, a business accelerator housed at the Philadelphia 76ers Training Complex. It supports rapidly growing, early-stage companies in the consumer product space.

Hydrant, a science-backed hydration company with a formula for electrolyte hydration and U.GG, an esports popular, hyper-improvement platform utilizing big data and statistics, are two of the Sixers Innovation Lab’s marquee companies.

Abrams, 52, was a senior managing director for Cerberus Capital Management, and he was a London-based senior investment professional at Apollo Global Management from 2006 to 2014. During his eight years with Apollo, he served as the founder and managing partner of the London-based Apollo European Principal Finance Funds franchise.

Abrams said the company is focused on pre-seed startup investments in the Philadelphia area. It is also investing in sports startups as a venture business, with investments ranging from $2 million to $5 million. HBSE is raising outside capital for that venture business. And it is also investing in larger growth equity opportunities as well as real estate.

He said the company can make investments in esports via its venture funds or its growth equity business. HBSE owns the Dignitas esports organization, which owns a number of teams across games such as League of Legends. And Abrams said it is similar to other esports investments, where the valuation of the organization is high, but the path to revenues and profits is challenging.

“Despite an industry where franchise values are going up, most teams are still losing money,” he said. “So we’re trying to find a way to turn this into a cash-flow positive business and we’re making tremendous progress. So that investment is, is on the right path.”

He said examples include monetizing analytics or audiences. Overall, he said, “This could be the most enjoyable part of my career.”