After his debut in 1963, Doctor Strange quickly captivated audiences with his mystical origins and hypnotic powers. Over the years he has been referenced by bands like Pink Floyd and appeared in countless novels and comics. Despite the longevity of the character, Doctor Strange didn't really enter the zeitgeist until Benedict Cumberbatch portrayed him in the 2016 film that would introduce the sorcerer into the MCU.

Unlike other popular characters like Iron Man, Thor, and even The Guardians of the Galaxy, Doctor Strange has never starred in his own video game. That doesn't mean he hasn't traveled through the multiverse to help out other heroes though! The Sorcerer Supreme has appeared on nearly every platform and left quite the impression throughout his trip through video game history. 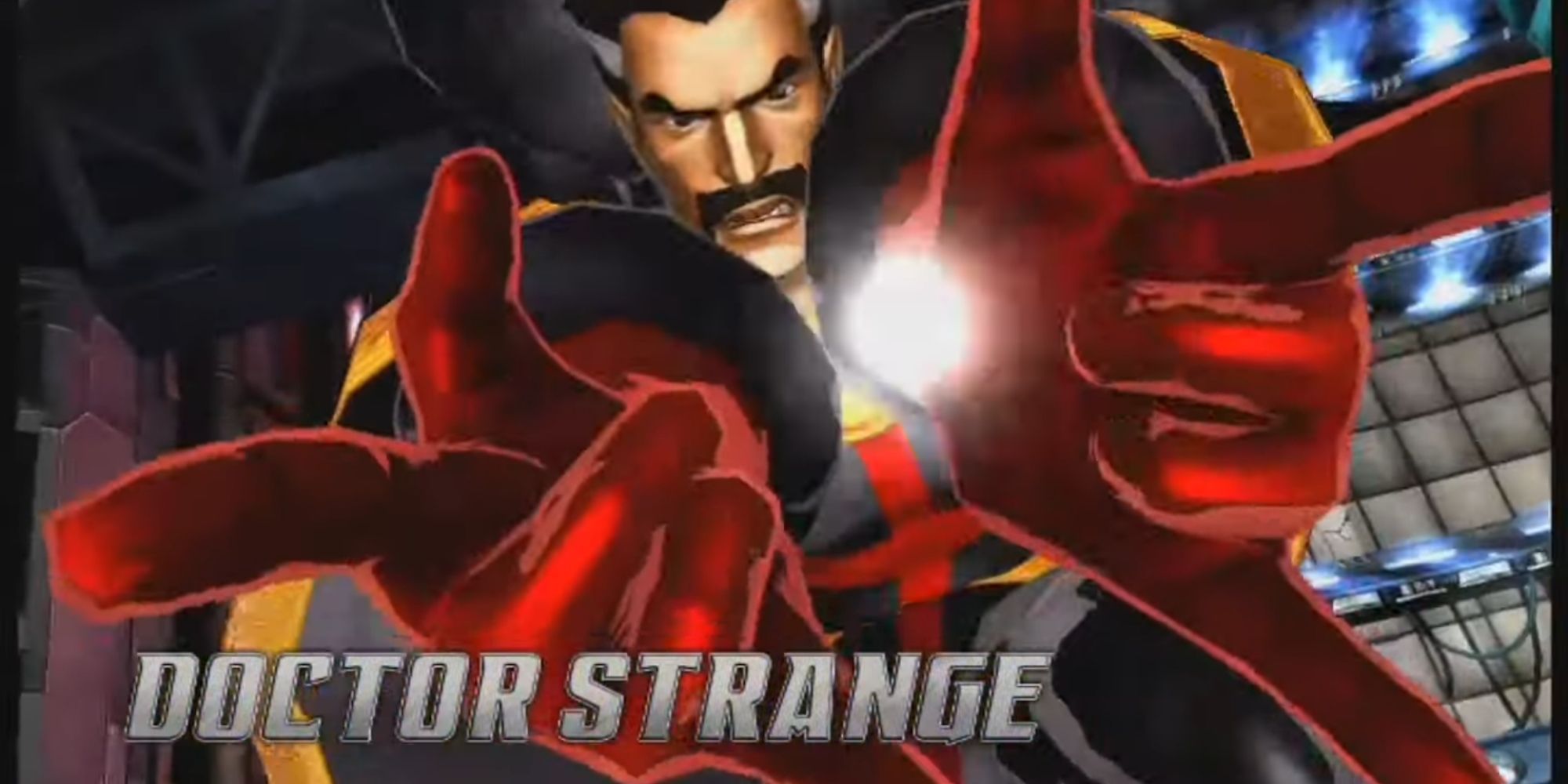 Marvel Avengers: Battle for Earth is a fighting game inspired by the popular Secret Invasion storyline from the comics. Sound intriguing? It’s an interesting concept for a game but required motion controls as an exclusive for the Xbox 360 Kinect. If you didn't feel like punching the air for a combo, it would eventually be ported to the Wii U but would continue to be restricted by touch controls.

Doctor Strange appears as a playable character, and the game does do a good job of showcasing his powers and abilities. You can fly across the stage or use magic from a distance to attack. It's one of the first games that let you play as the Doctor and pulverize any Skrulls in your way. 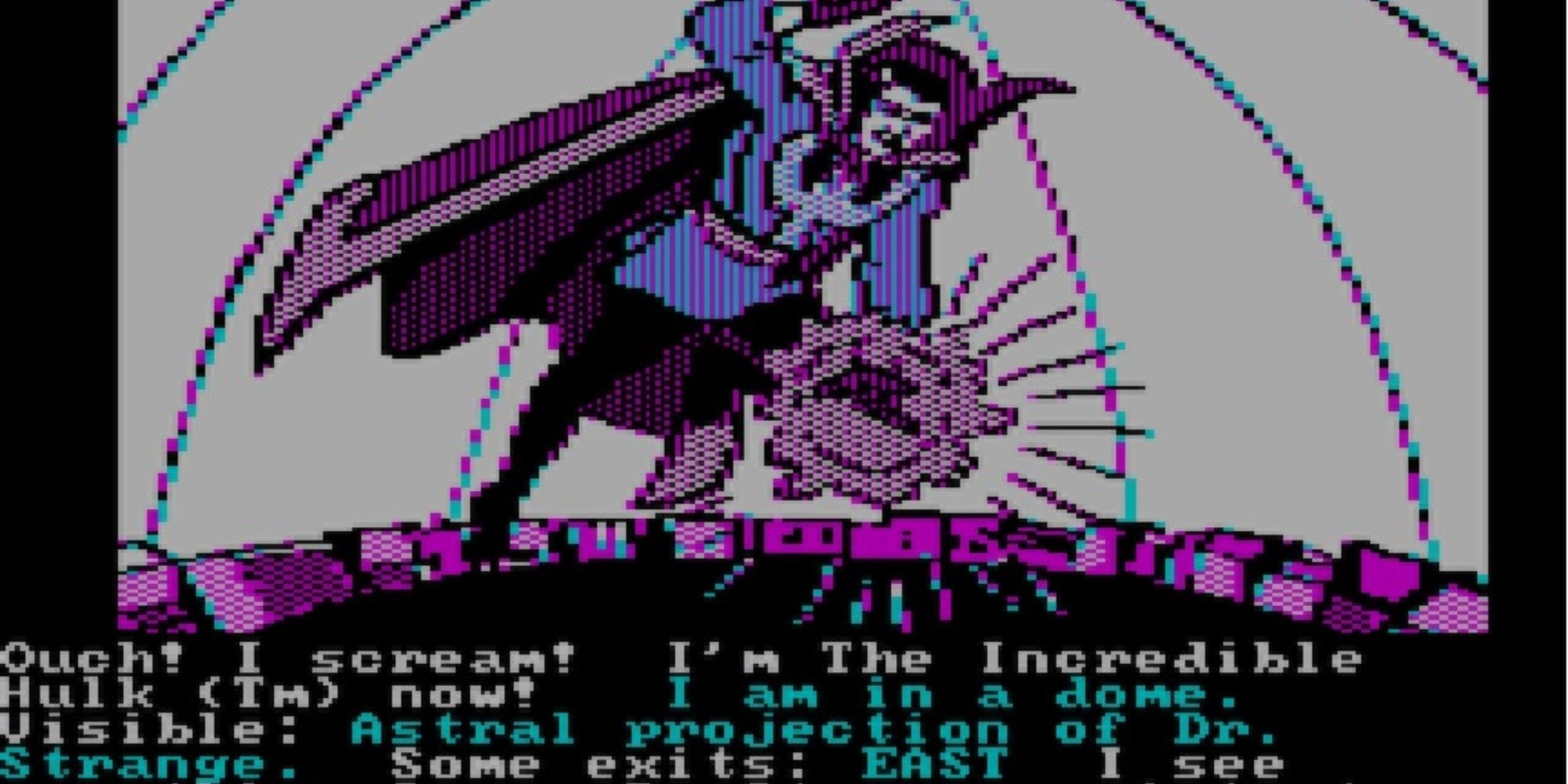 It's hard to believe, but Doctor Strange has been appearing in video games for nearly as long as Mario has. Instead of saving princesses and fighting turtles, the Sorcerer Supreme took on a role more similar to Toad, offering advice to the main hero during their quest.

Questprobe was a trilogy of adventure games based on Marvel characters that were released during the early '80s. Questprobe featuring The Hulk was the first video game appearance for both Bruce Banner and Doctor Strange, but the latter only appears briefly to help Bruce along his journey.

6 Spider-Man Vs. The Kingpin 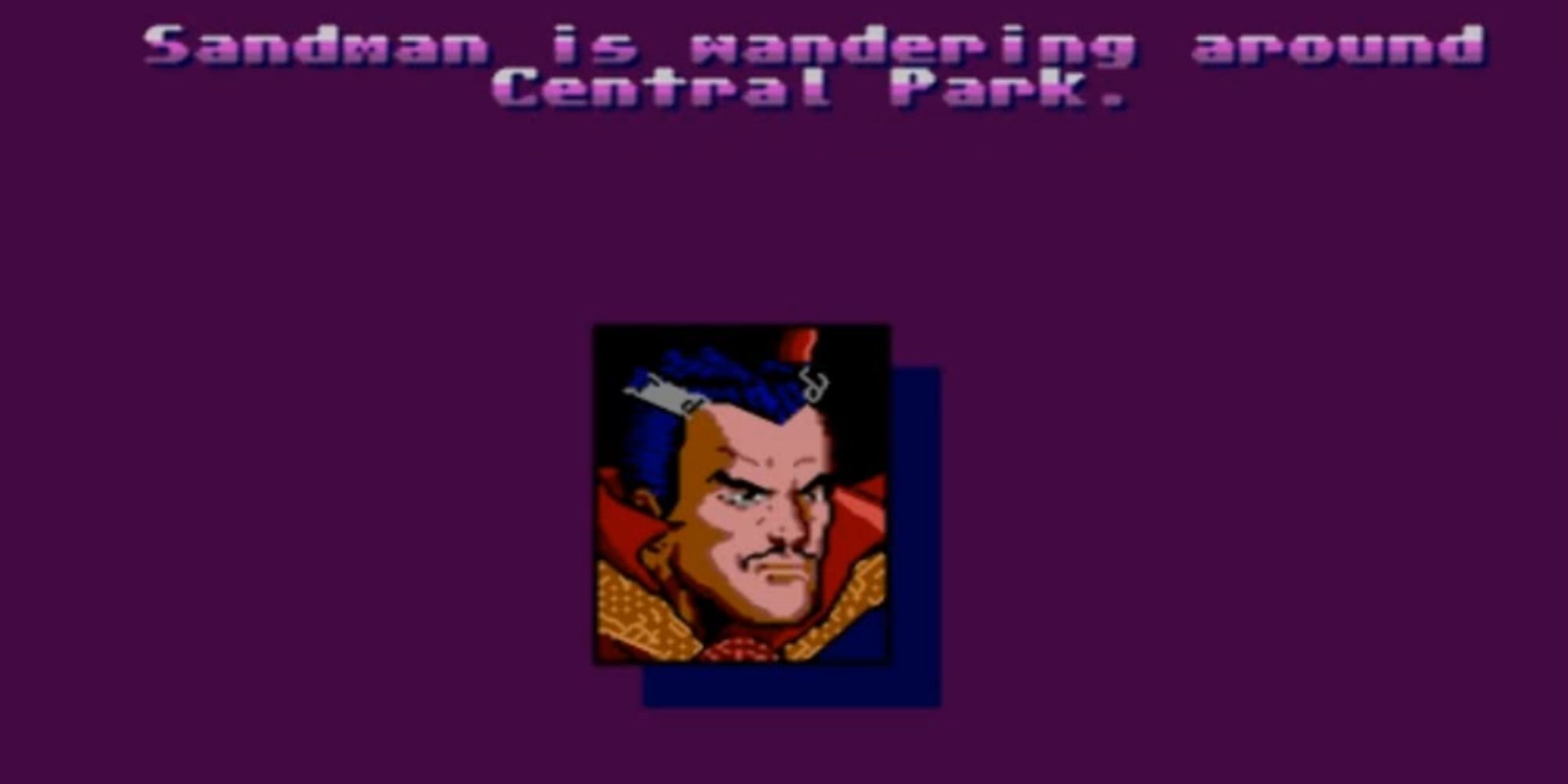 Does the story of Spider-Man requiring Doctor Strange's help sound familiar? No Way Home wasn't the first time the pair teamed up, but only owners of the Sega Master System or Game Gear were able to see them work together in Spider-Man Vs. The Kingpin.

Kingpin has hidden a nuke and plans to detonate it within twenty-four hours. In order to disarm the bomb, Spider-Man needs to collect keys from a series of bosses including Doctor Octopus, Sandman, Electro, and more. Doctor Strange shows up between encounters to inform Parker about the locations of each of the villains. 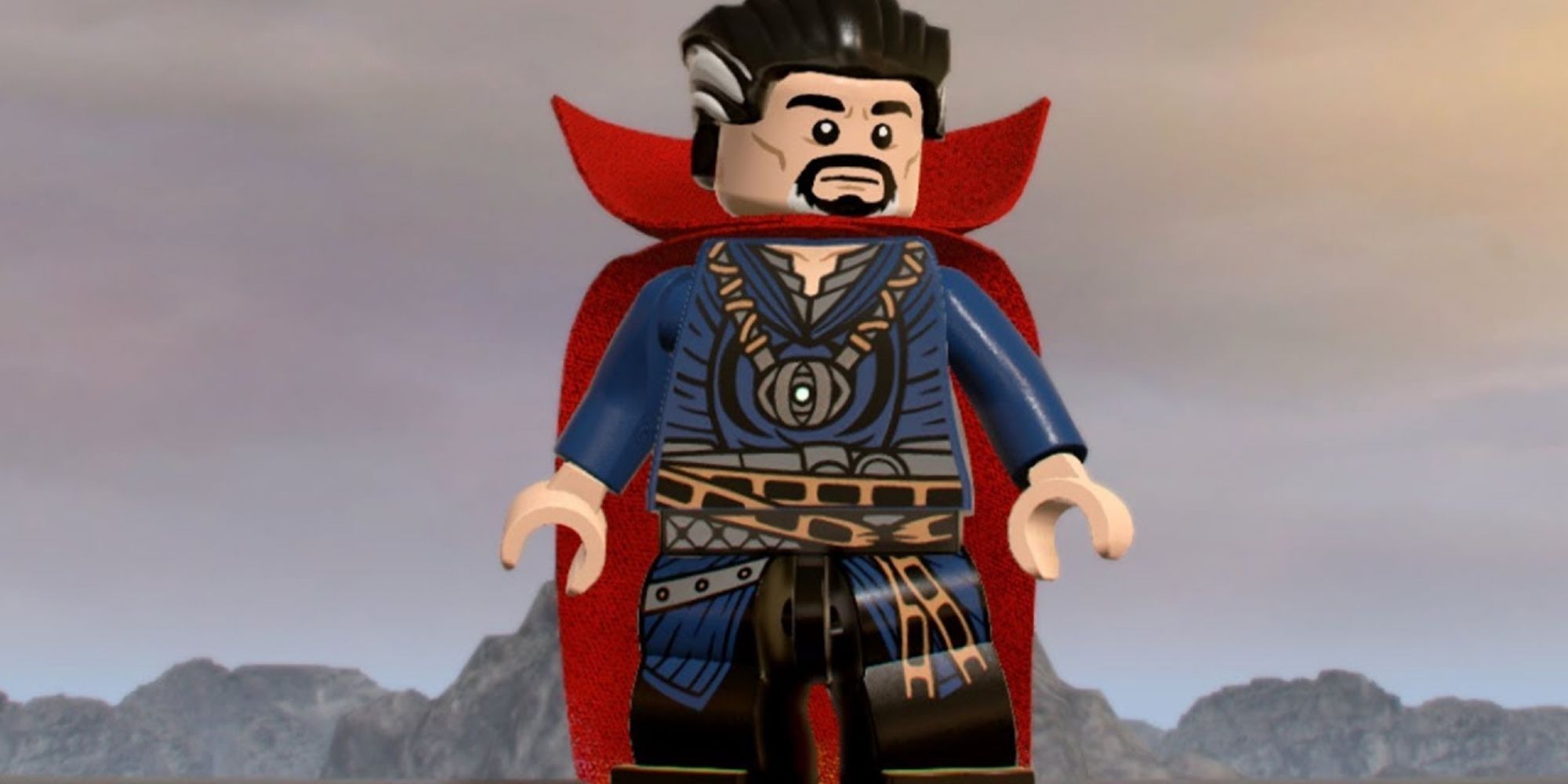 After creating a series of original games set in the Lego universe including Lego Island and Lego Racers, the company began adapting popular franchises into video games starting with Lego Star Wars back in 2005. After creating games for Harry Potter, Lord of the Rings, and even Batman, it was inevitable that they would eventually develop a Lego game set in the MCU.

Lego Doctor Strange first appeared alongside his fellow heroes in 2013's Lego Marvel Superheroes. During the sidequest "Stranger Danger", you will need to enter the Sanctum Sanctorum and free the Sorcerer Supreme from a curse that Dormammu has put on him. Strange has appeared in every Lego Marvel game but is typically a side character with little impact on the plot. 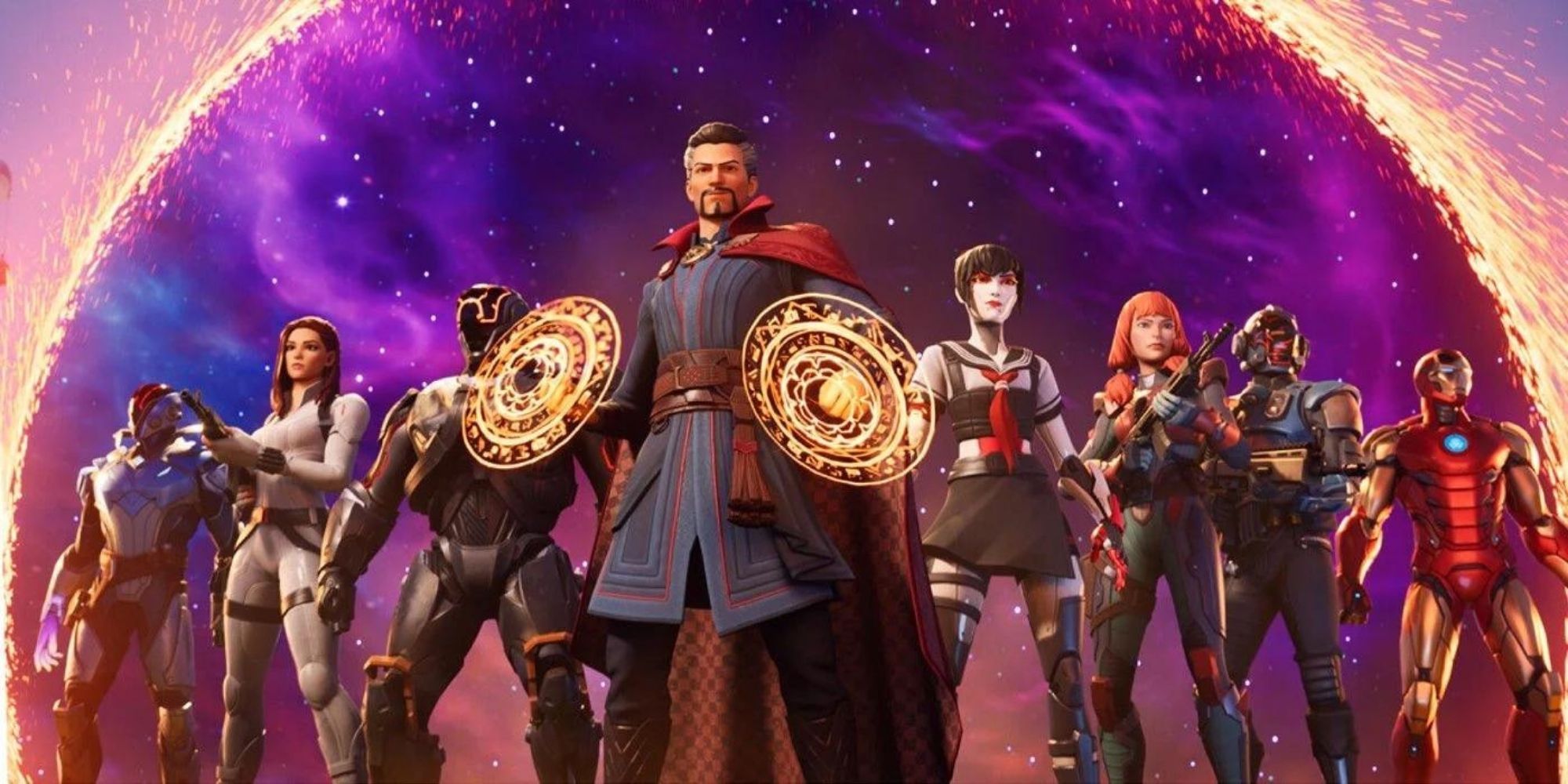 Would it surprise anyone if they found out Doctor Strange was in Fortnite? Similar to Spider-Man: No Way Home and Disney Plus' Hawkeye, Epic and Marvel typically team up for a cross-over in an attempt to market any upcoming projects. Doctor Strange was released as a playable character on March 20, 2022, and later as an NPC, only a few weeks before the premiere of Doctor Strange in the Multiverse of Madness.

If you want to play as Doctor Strange in Fortnite, you would need to fully complete the Chapter 3: Season 2 Battle Pass and spend some Battle Stars as well. It takes a lot of work, but if you just want to say "hi" to him instead of grinding for XP, you could easily find and talk to the Doctor on the first floor of the Daily Bugle. He will happily hand out free Shield Potions and sell you other items, but won't offer as many quips as his cinematic counterpart. 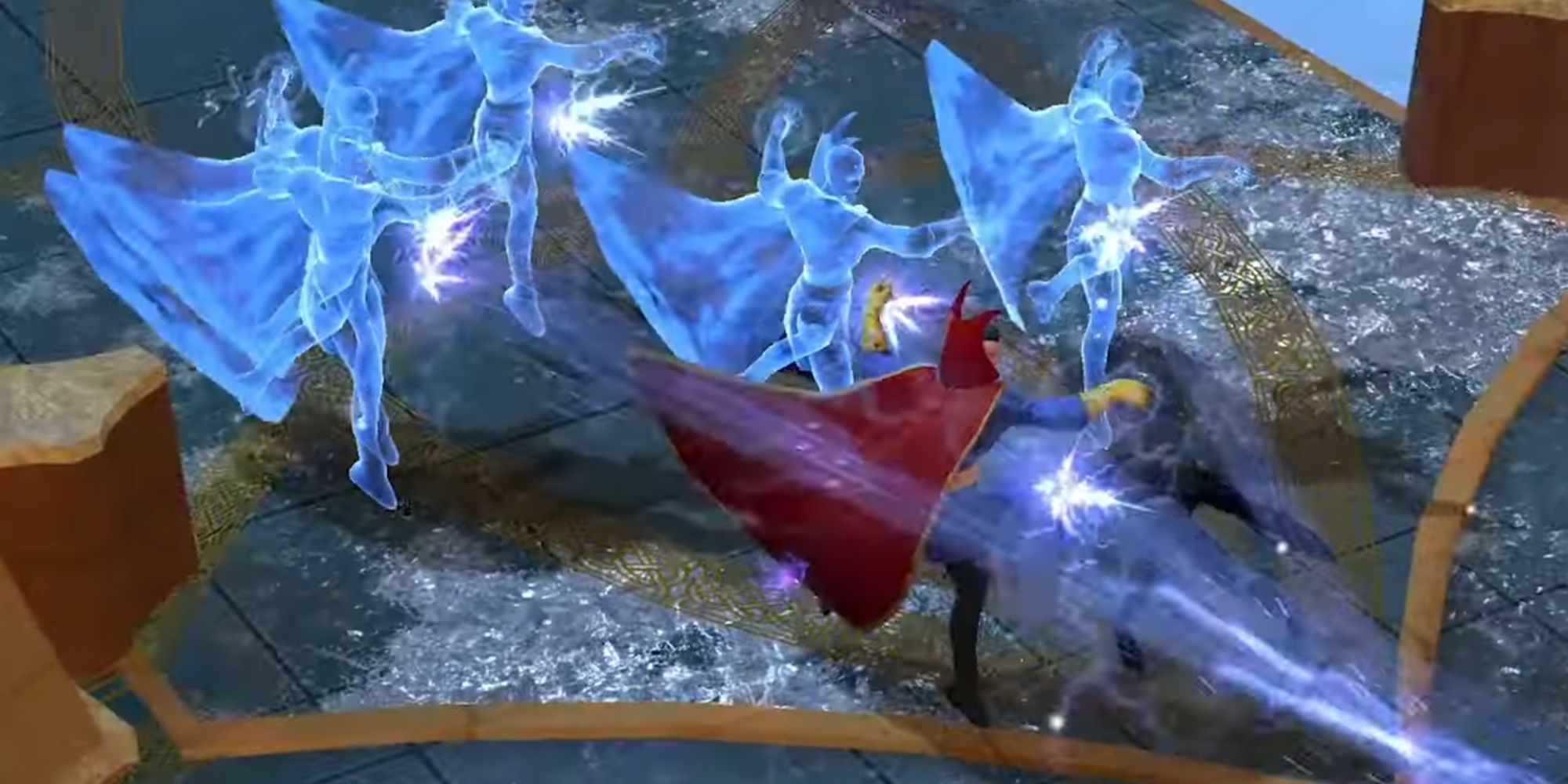 It really is unfortunate that Disney pulled the plug on Marvel Heroes (also known as Marvel Heroes Omega) in 2017. The popular MMORPG stumbled when it was originally released, but was able to improve its reputation over time with various quality upgrades and consistent content updates. The game featured over 100 playable characters, each seeking to restore the Cosmic Cube in a journey full of easter eggs and familiar locations.

Once you had unlocked Doctor Strange in Marvel Heroes he instantly became one of the more enticing characters to play as. His multitude of powers and quips made you feel like you were the sorcerer himself and allowed you to immerse yourself into his character. 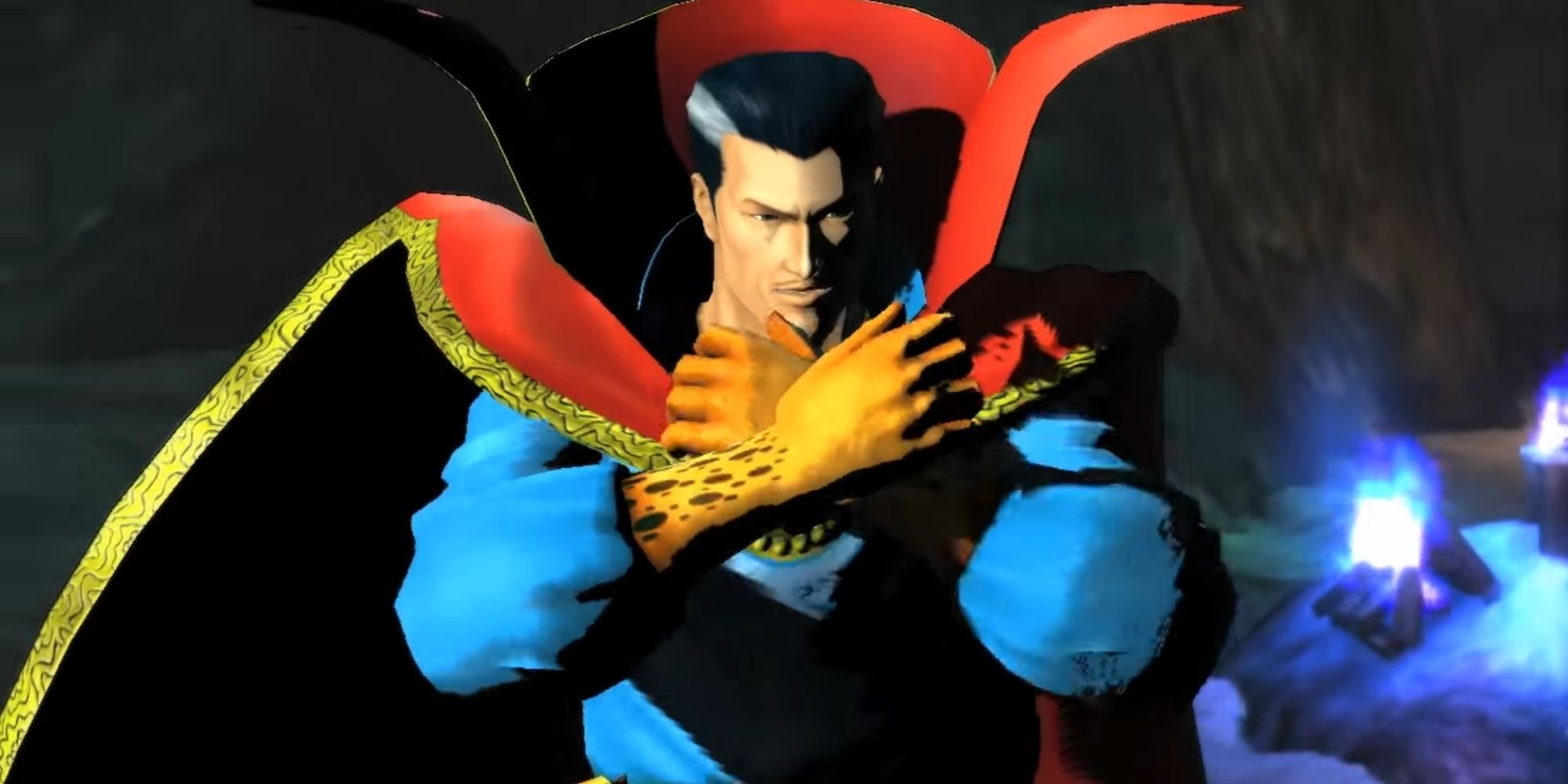 Unlike Marvel Avengers: Battle for Earth, Marvel Vs. Capcom is a long-running and highly regarded series in the fighting genre. The franchise made its debut on arcade machines in the late '90s, but it wouldn't be until Ultimate Marvel vs. Capcom 3 was released that Doctor Strange would become a playable character.

His personality and versatility are on full display in the game, and he quickly became one of the go-to fighters for players who prefer ranged attacks and tricky maneuvers. Powerful magic attacks should work well against opponents like Chun-Li and his teleportation skills are essential in either creating or closing distance between opponents. Doctor Strange also plays a role in the campaign for Marvel vs. Capcom Infinite and is one of that game's best characters to play as. 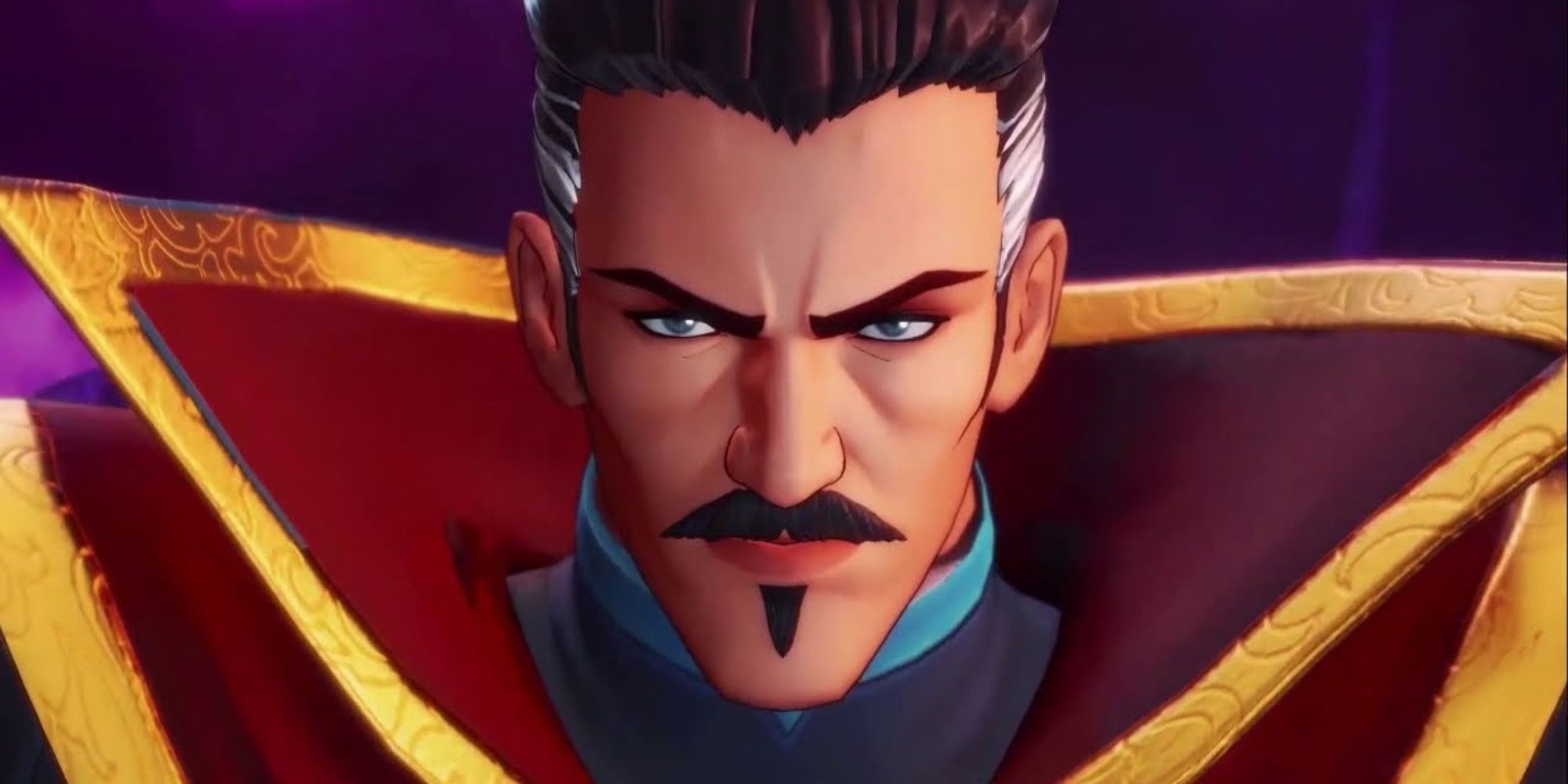 For many people who didn't grow up or have access to Marvel Comics, Marvel Ultimate Alliance may have been their introduction to a plethora of niche characters and their relationships. Sure, it's hard to not know who Wolverine and Spider-Man are, but the original game also included lesser-known heroes such as Ms. Marvel, Luke Cage, and of course, Doctor Strange.

In the first Marvel Ultimate Alliance, the Sorcerer Supreme is one of many heroes set on taking down the Masters of Evil and saving the universe. The Doctor sat on the bench for the second game in the series but played an important role in the Nintendo Switch exclusive Marvel Ultimate Alliance 3: The Black Order. This series does the best job of making you feel like you're Doctor Strange himself, while also allowing him to have a memorable impact on the narrative.