Celeste is an indie gem and one of the best platformers to come out in recent years. Not only does it manage to innovate in many ways on the legacy 2D platformer genre, but it also tells a story that is both endearing and non-intrusive for the overall experience.

If you still haven't played Celeste, you absolutely should, and if you're looking for some tips starting out, then we can help with that. There are a few things that are nice to know going into the game that'll help you avoid some headaches in a game that, outside of its difficulty, is generally free of too much hassle.

8 It's Going To Test You 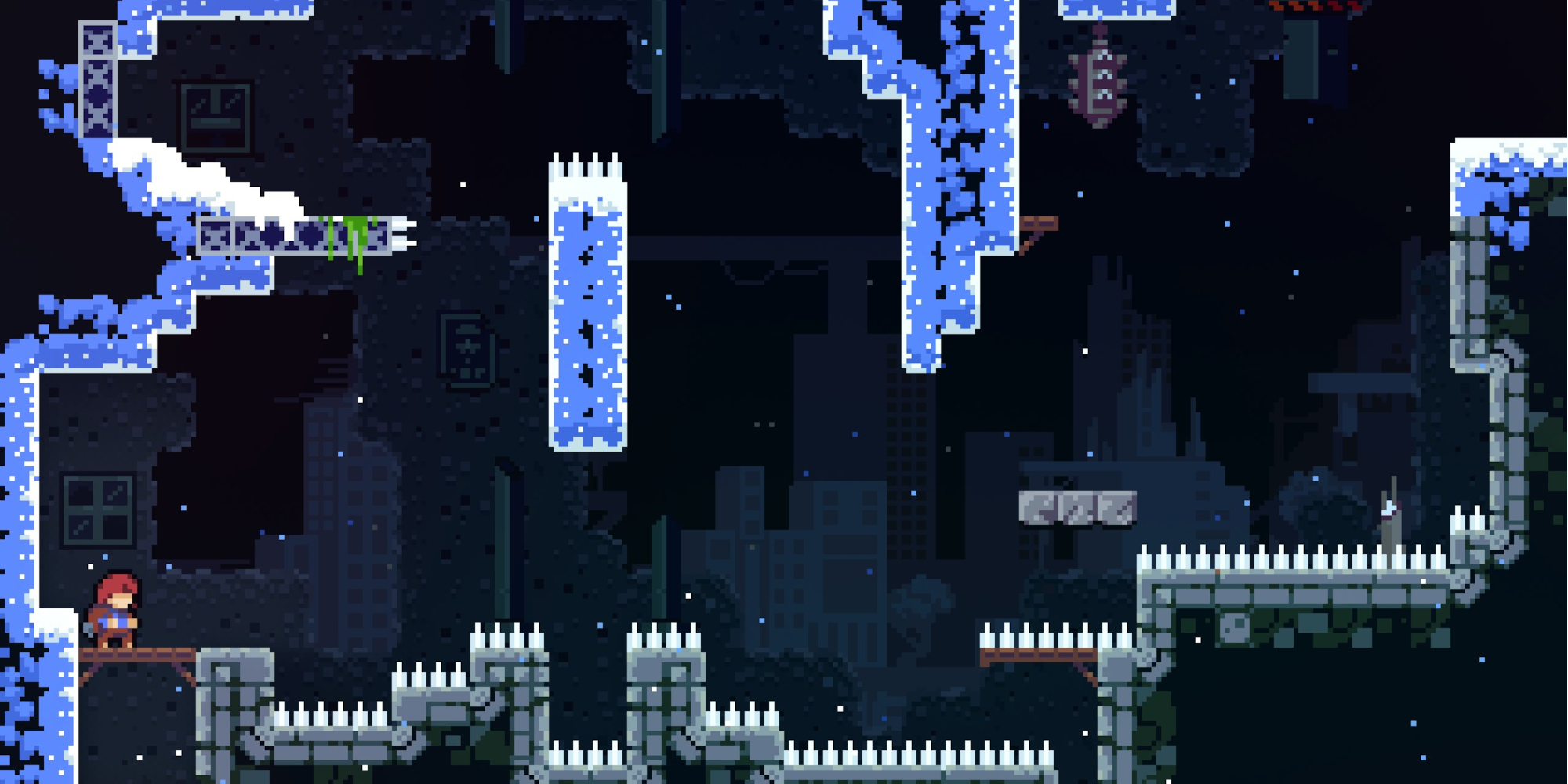 Celeste is far from a walk in the park. The game may start out seemingly simple enough, but you'll quickly find that every level turns into a test. Near the end, it'll begin to feel like you're stuck on one screen only to finally overcome it and immediately become stuck on the next. Just know, the game is tough but fair. The difficulty comes from a need for precision to surpass its obstacles, not from annoying hazards that feel like cheap shots. 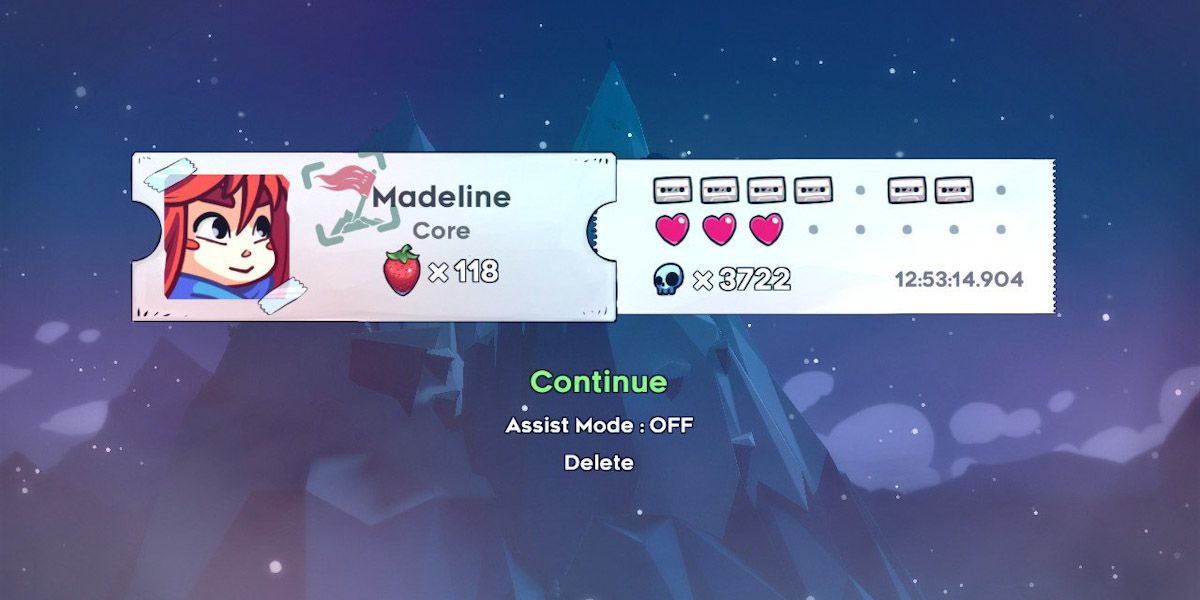 At the end of each stage, you're going to see a little skull icon followed by a number that gives your total number of deaths. You may initially be compelled to try and keep that number as low as possible. Really, you shouldn't stress about it. Nobody has a low death count their first time playing through the game.

Once you understand the game you can start trying to achieve the lowest death count possible on later playthroughs. Several gamers have already documented no-death playthroughs. Why so many are willing to torture themselves like that is anyone's guess. 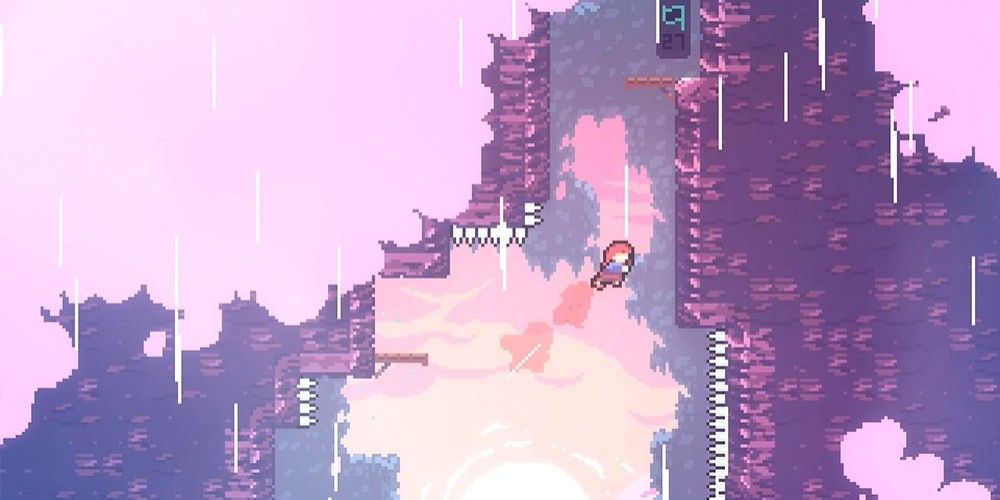 Celeste is a game that understands its players are going to die over and over again. It does a great job at ensuring most of your time in each stage will be spent trying to conquer the most difficult portions rather than going back and having to arbitrarily make it through obstacles you've already overcome because of one mistake. So don't stress dying at a difficult section. You'll almost always respawn not far from where you'll be able to try again. 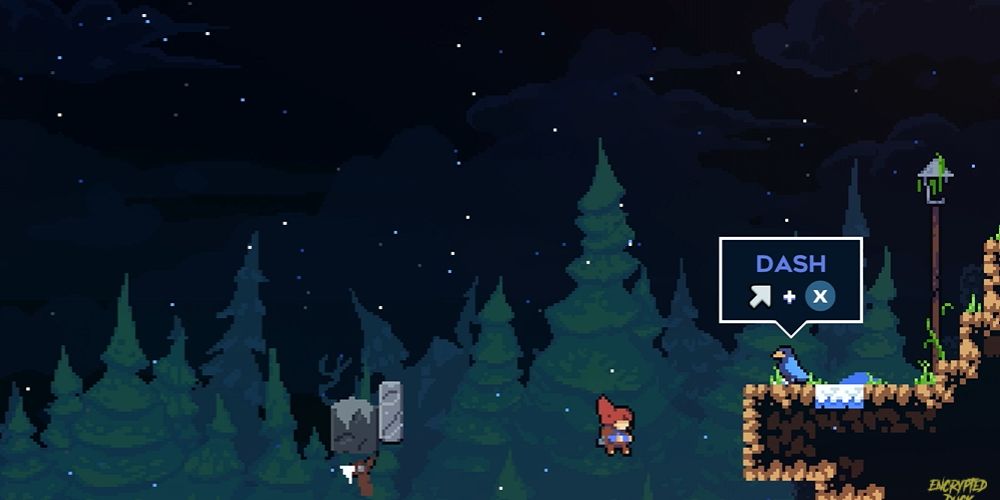 There's nothing wrong with needing some help from time to time. Especially with a game like Celeste that has more than likely led to a number of controllers being smashed. It has a feature that's very unique to difficult games like this, though. Assist mode. This mode will allow you to alter a number of the game's rules to help you get through any portion you may be having too much trouble getting through. You can even make yourself invincible and speed run to the end if you just want to enjoy the story.

4 Spend Some Time Getting Used To New Mechanics 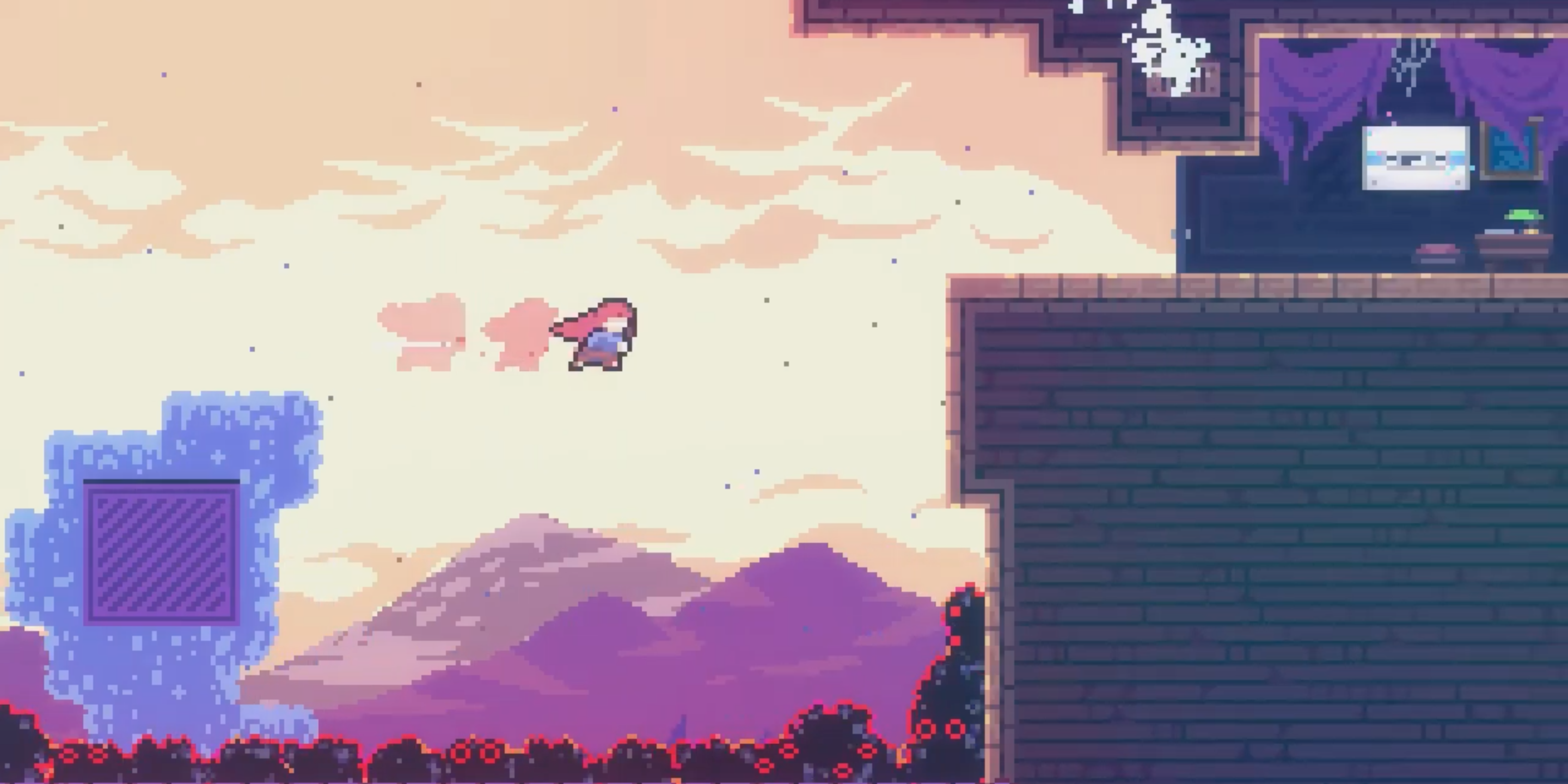 Celeste does a really good job at teaching you how to play the game with minimal tutorials. It briefly introduces new mechanics and moves on one screen and eases you into how these new additions function with increasingly challenging obstacles. A good recommendation would be not to speed through these sections. Spend some time and really get comfortable with these new mechanics to ensure you won't feel left behind as the difficulty ramps up.

3 Strawberries Are A Fun Extra Challenge, But Not Necessary 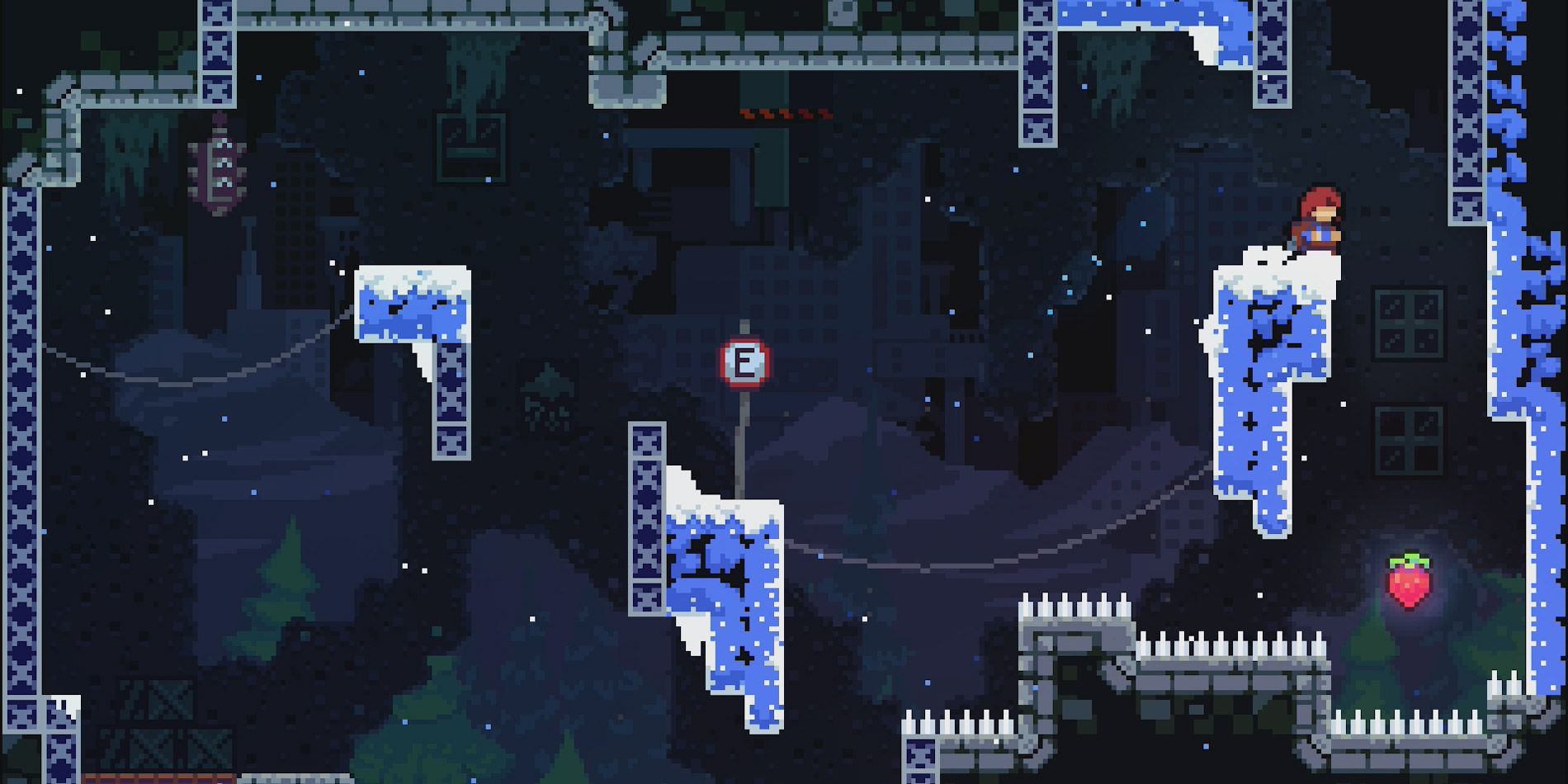 Celeste has a number of collectibles that can be acquired through difficult, but optional, extra stages. The obstacles to get to the strawberries are some of the most challenging the game has to offer. It's recommended that you only go for the strawberries once you're very familiar with Celeste and want to continue pushing your skills.

While they can be fun, there's also very little reward for getting the strawberries, outside of the satisfaction of knowing you got them all. Few Celeste fans can say they've done that. 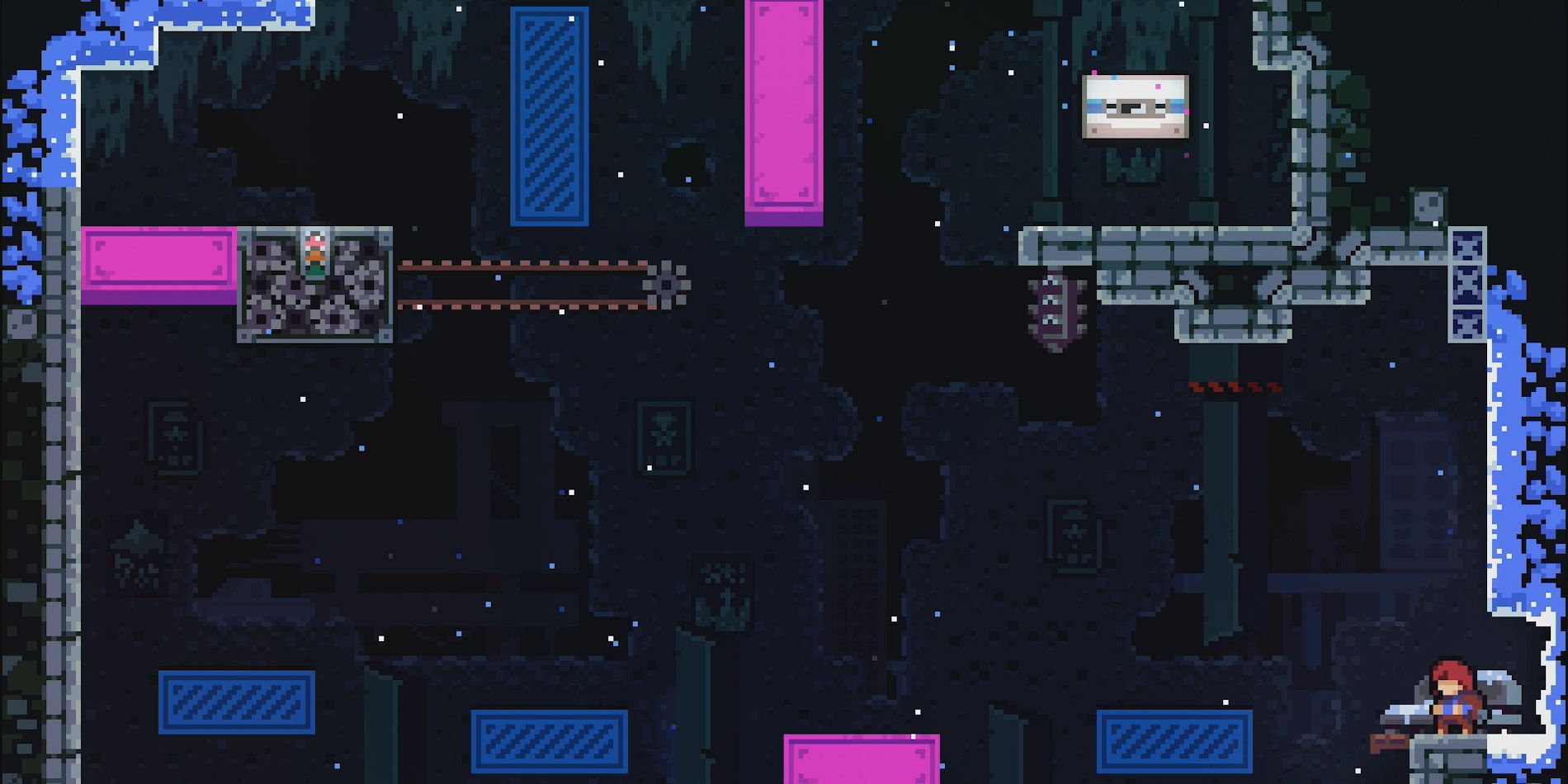 The cassette tapes are the other major collectible in Celeste. Not only are the stages for getting the tapes not as challenging as the strawberry stages, but the reward for getting the tapes is also far more interesting. There's one cassette tape on each stage, and if you acquire it you unlock the b-side of that respective stage. The b-side is a version of the stage that is far more challenging than the primary one you play through for the story. For Celeste vets only.

1 The Story Will Make You Tear Up 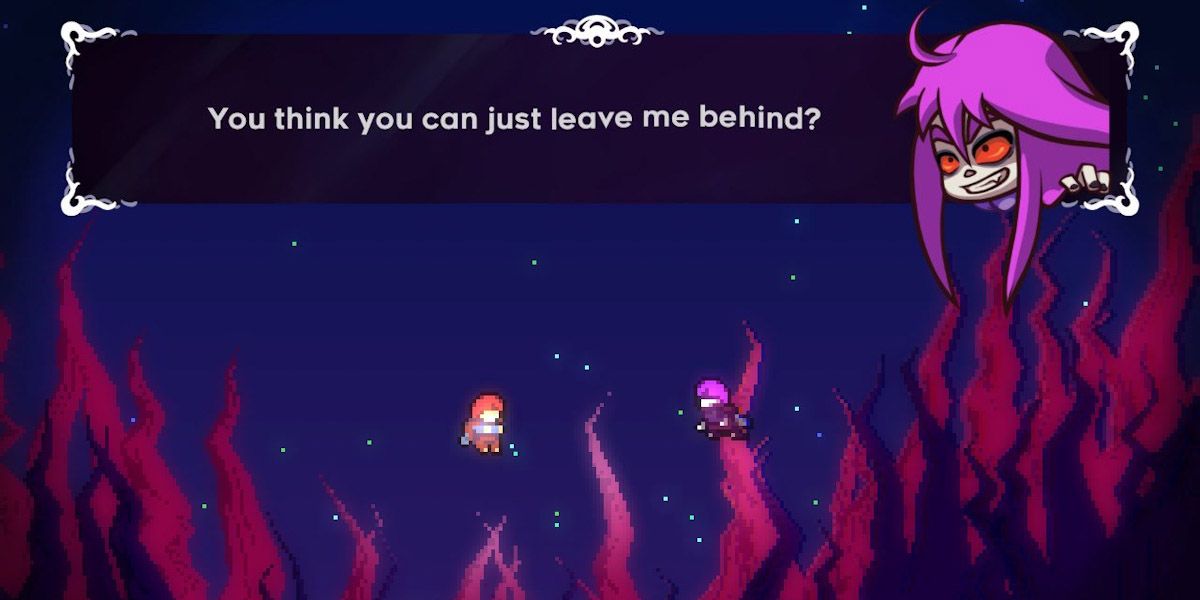 Most platformers, 2D, 3D, or otherwise, focus far more on the gameplay with the story being more of a backdrop to add context to play. There's nothing wrong with that, but Celeste breaks the mould by telling what might be one of the best stories ever told in a platformer. No spoilers here, but just know that this isn't a Mario or Crash Bandicoot story. Celeste is about overcoming an internal struggle that at times feels like an unclimbable mountain. The ending is as relatable as it is beautiful.