Just when you thought you’ve discovered all the interesting content for the season, Animal Crossing: New Horizons has a way of throwing more at you. Take fishing for example. Typically, when you cast out your line you know what to expect on the other end — Sea Bass, Crucian Carp, or some other common aquatic creature. But keep grinding away and you can eventually land the monstrous Oarfish, a downright evil looking creature worth 9,000 Bells. Want to reel one in yourself? All you need is a bit of patience.

Prepare For The Grind

The key to catching most fish in Animal Crossing: New Horizons is patience. It’s a slow-paced game to begin with and fishing is no exception. If you’re looking to find an Oarfish, prepare for several hours of fishing. However, there is a way to streamline the process — bring Fish Bait! 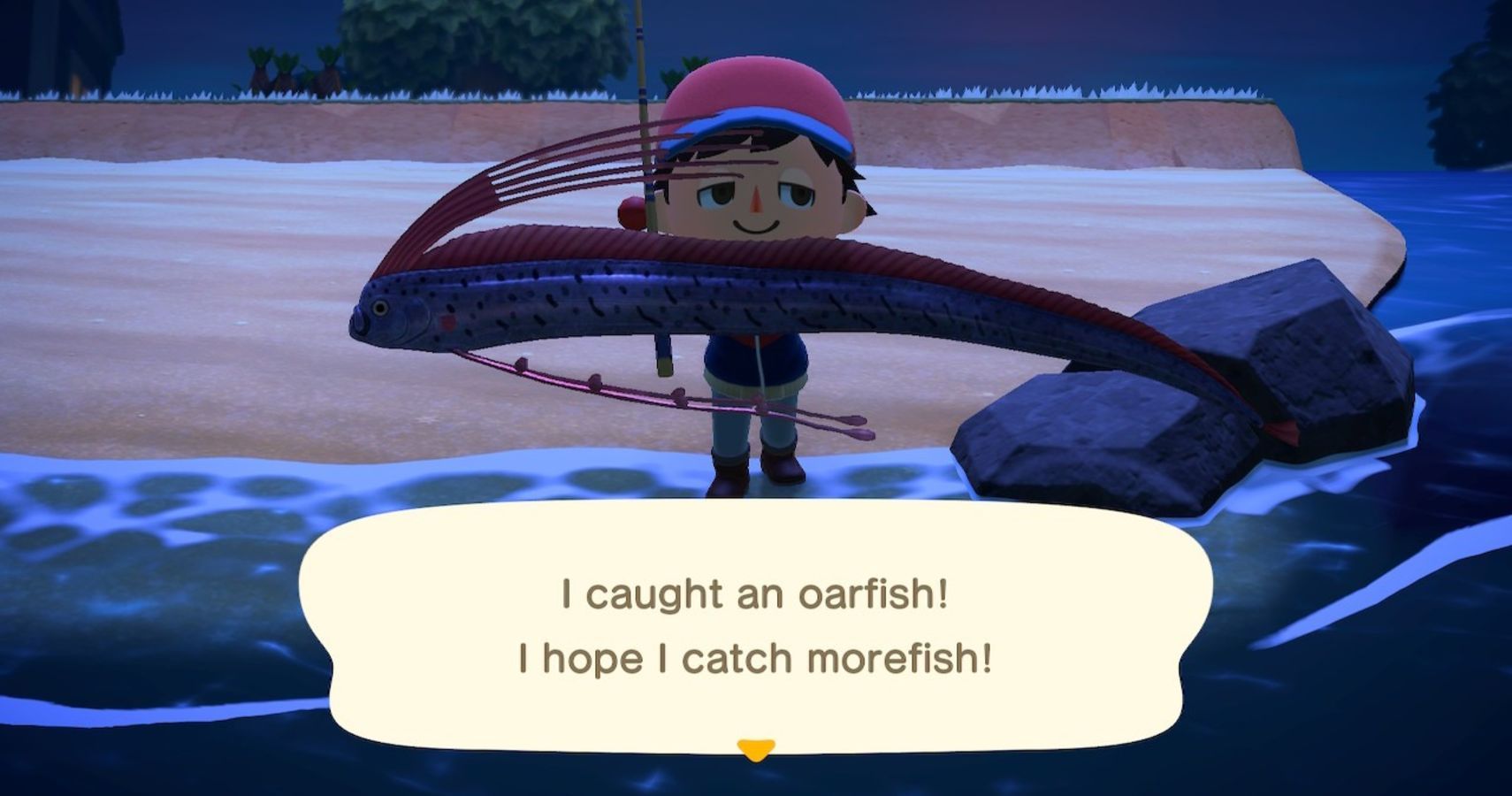 Most fish are only around during certain times of year and the Oarfish is no different. According to its Critterpedia entry, it can be found between the months of December and May. Thankfully it’s active all hours of the day, so you won’t have to plan your schedule around reeling in the elusive fish.

Although it’s tempting to sell your catch for 9,000 Bells, it’s highly recommended you donate it to the Museum. Not only is it a beauty to behold in its tank, but 9,000 Bells is actually pretty low for all the time and effort you’ll invest in catching it. There are much better ways to earn money in New Horizons — so do the noble thing and pass it along to Blathers.

At the end of the day there isn’t anything special you’ll need to do to land an Oarfish. By preparing ahead of time and ensuring you’re fishing during the right time of year, you’ll see the behemoth up close and personal before you know it.