Anvil: Vault Breakers is a punishing roguelike shooter that can be played solo or in local co-op. Like many other similar roguelikes, Anvil is always helping you to progress forward, even when you die over and over again. From upgrade progression trees, to vault reward paths, to new characters, there is always something to gain in this game. Roguelikes always need to make you feel like you have just enough power and skill to venture a bit further each new run.

One of the very best forms of progression in Anvil: Vault Breakers comes in the form of relics. Relics are temporary buffs or perks that help flesh out your Breaker character during a specific run. The relics completely change how you play during each run and can often make or break your success. There are a staggering number of relics to purchase and unlock but here are some of the very best ones to focus on. 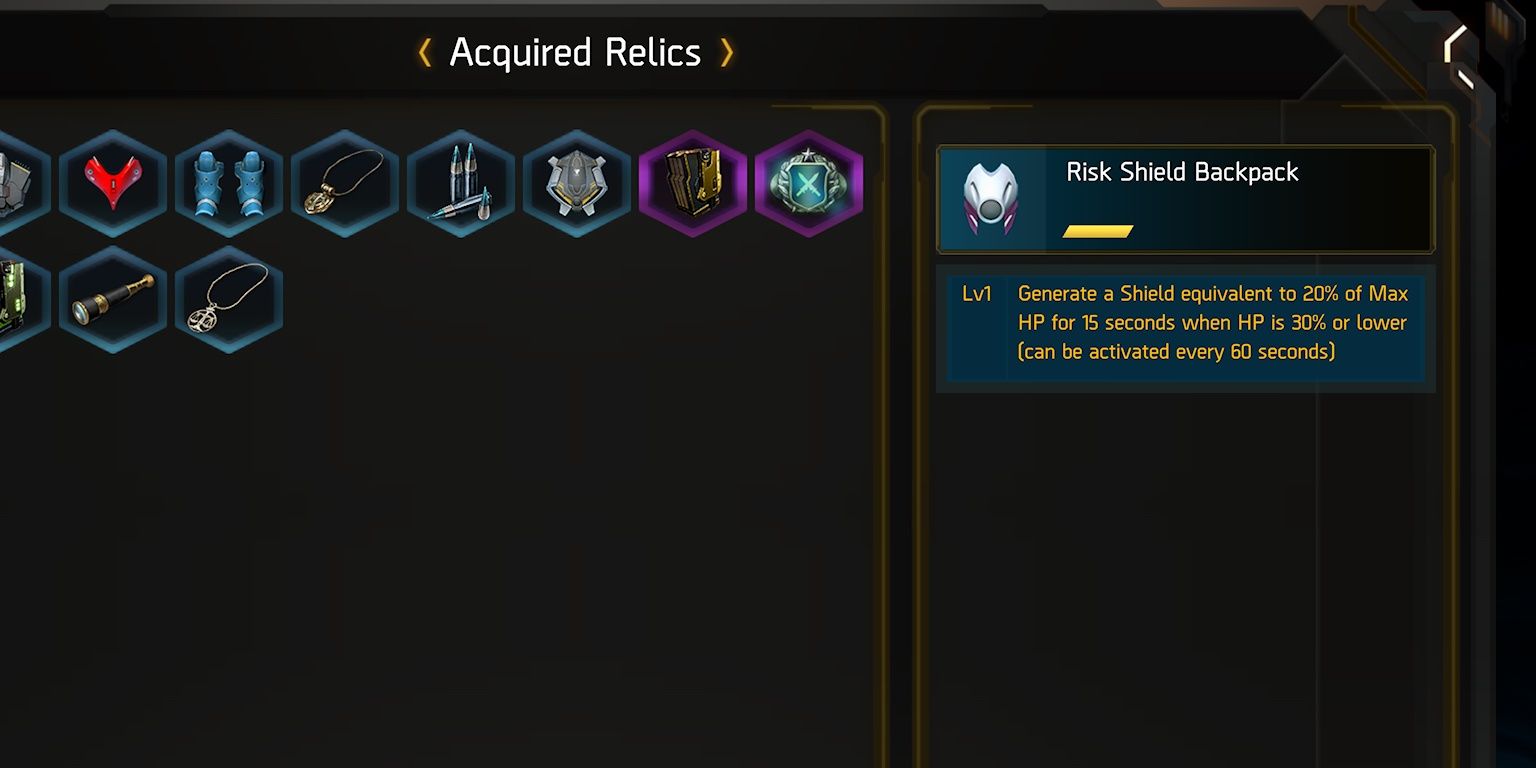 This backpack is sort of a double-edged sword because a shield is very helpful in blocking all damage, however, you only get it when you are running out of health. It's a good relic to purchase and equip because at some point your health will get quite low, and while there are health pickups, they generally only heal a small portion. The shield can aid you when you are simply trying to survive a tough fight. 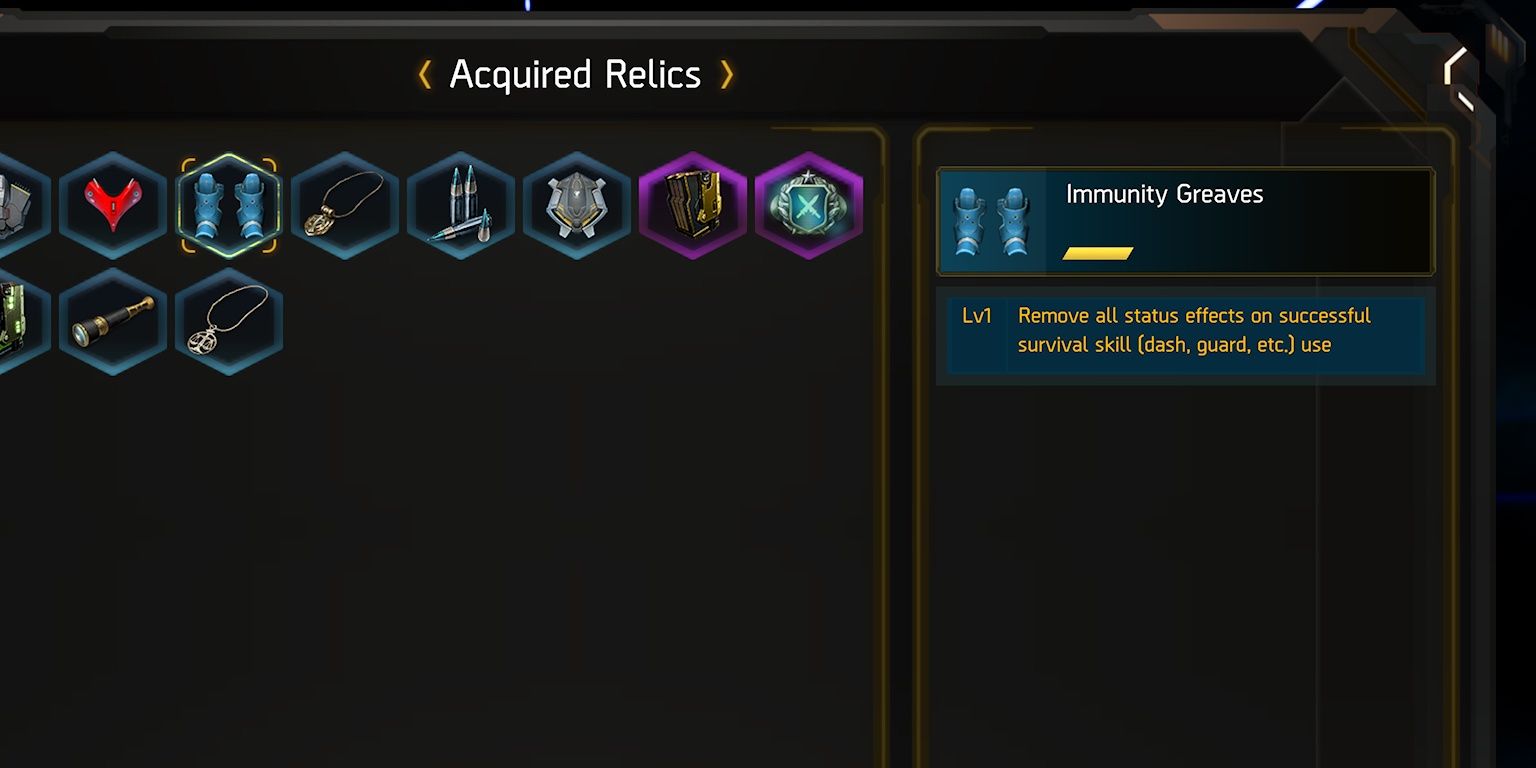 The immunity greaves relic is pretty self-explanatory in that it can provide certain immunity when equipped. This relic, while super helpful, isn't quite as simple as that, however. These greaves will remove any status effect after performing a survival skill such as a dodge or dash.

Given that this game is extremely fast-paced with you always needing to stay on the move to avoid danger, the immunity greaves will constantly be removing your negative status effects. While you can't dodge or dash endlessly, you will be doing it enough to make this relic quite powerful. 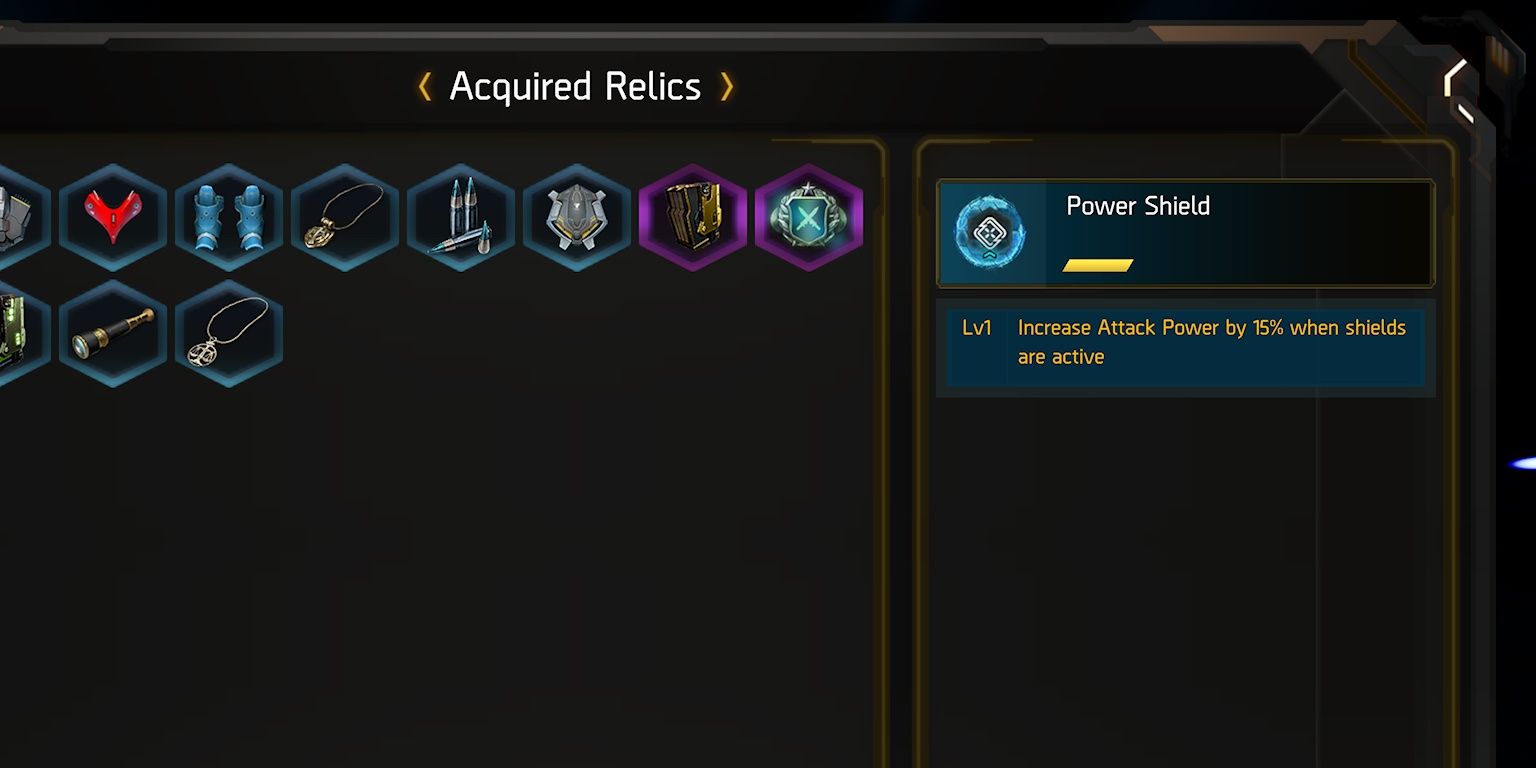 The power shield relic is a great one to purchase from a relic chest because it increases your attack power whenever a shield is activated. If you are able to combine this relic with another relic that provides a shield then you can be quite unstoppable. Staying alive in this game generally comes from a balance of managing your HP reserves, firing up a shield when possible through various relics, and quickly taking out all enemies.

The power shield is particularly useful in a boss fight since they tend to last a good deal of time. Anytime you are able to activate a shield from another ability or relic then be sure to focus on pure attack power during that time. If you happen to be able to swap to a rapid-fire gun such as the assault handguns or the standard rifles then this will only make the relic more beneficial. 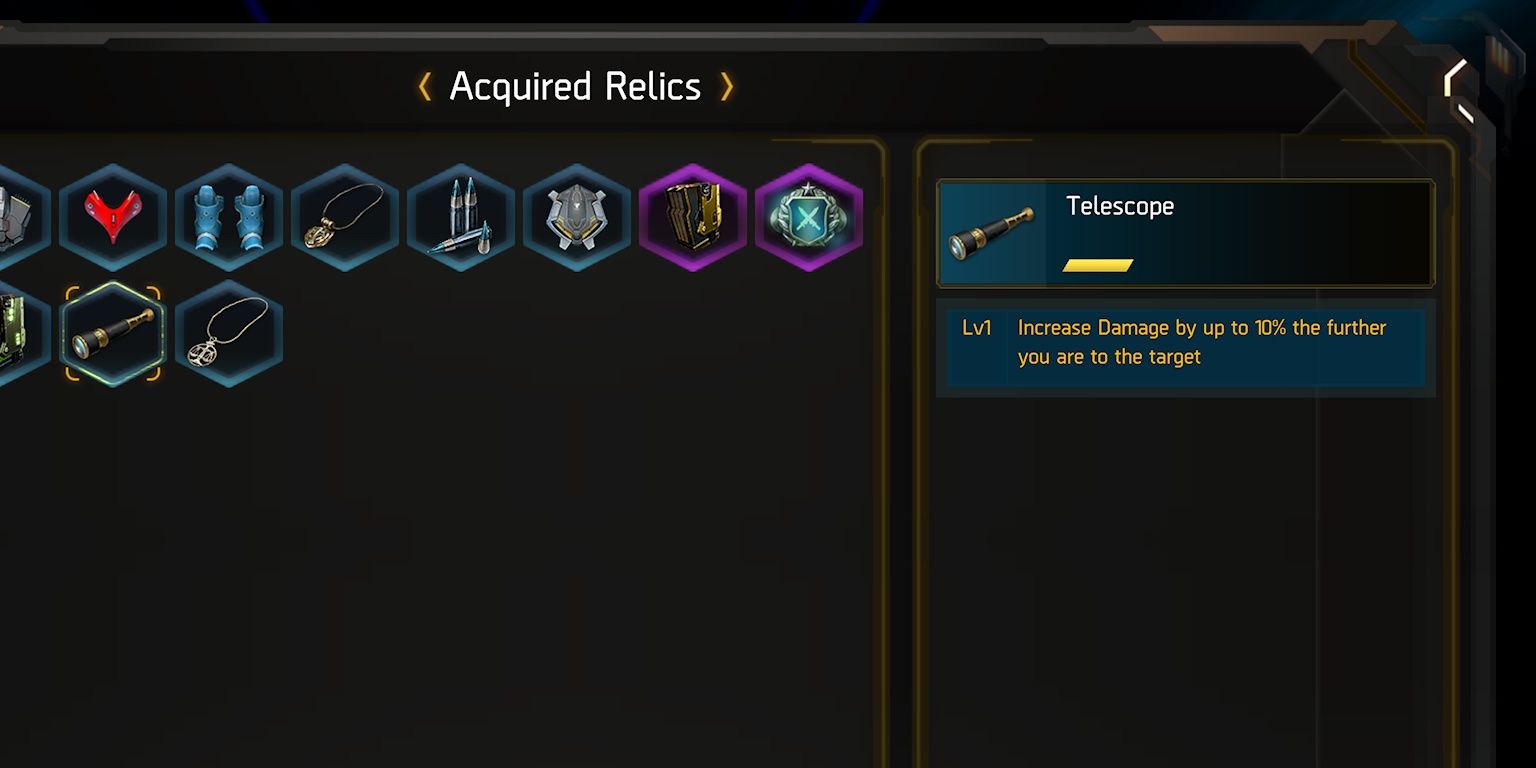 The telescope relic might not sound all that interesting or useful in comparison to some of the more robust ones you can find in relic chests. Despite its simple name and basic description, the telescope is a fantastic relic, mostly because you want to stay far away from the aliens when attacking with guns.

Essentially the telescope relic increases your damage the further you are away from the target, up to ten percent at its base level. If you use this relic in combination with a sniper rifle then you are sure to deal out some good punishment to the aliens. Heck, even with the more close-range weapons, minus the shotguns, this relic will still come in handy. Backing away while shooting is a great tip for combat unless you happen to have a melee weapon. 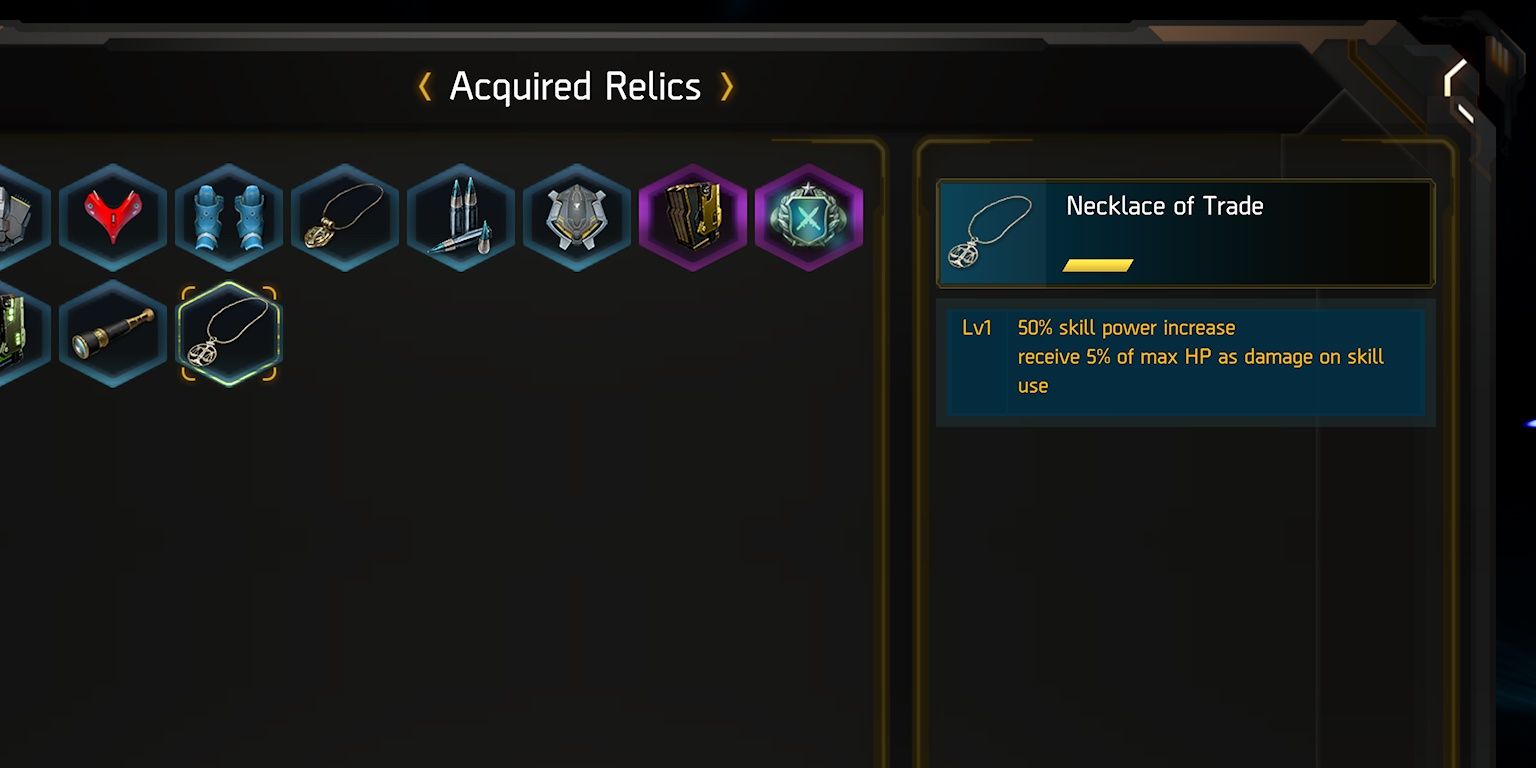 The necklace of trade relic provides two distinct buffs, namely, a buff to your available skills and a buff to your health when a skill is used. Given that each Breaker has a number of skills and abilities, you will find yourself using them a lot, which in turn gives you more health.

If used correctly, you should be able to heal all throughout your run in tandem with using your skills. Plus, like many other relics, this one can be upgraded to provide better enhancements to your character all around. It almost feels like this relic should have a downside considering how overpowered it could be but the game is already quite punishing so any extra advantage should be welcomed.