Building on the systems introduced in Origins, Assassin’s Creed Odyssey has followed along a new path for the franchise by including more RPG elements into the game. Aside from new gear, like weapons and armor, you are also able to upgrade your character via ability points. Naturally, the more of these you can get, the more skills you can unlock to become a more efficient killer in ancient Greece. One way of getting these ability points is through finding Ancient Stele, which can be found in places like the Tomb of the First Pythia. Raiding this tomb is a little more complex than you might expect, so let us scout it out for you with this guide. 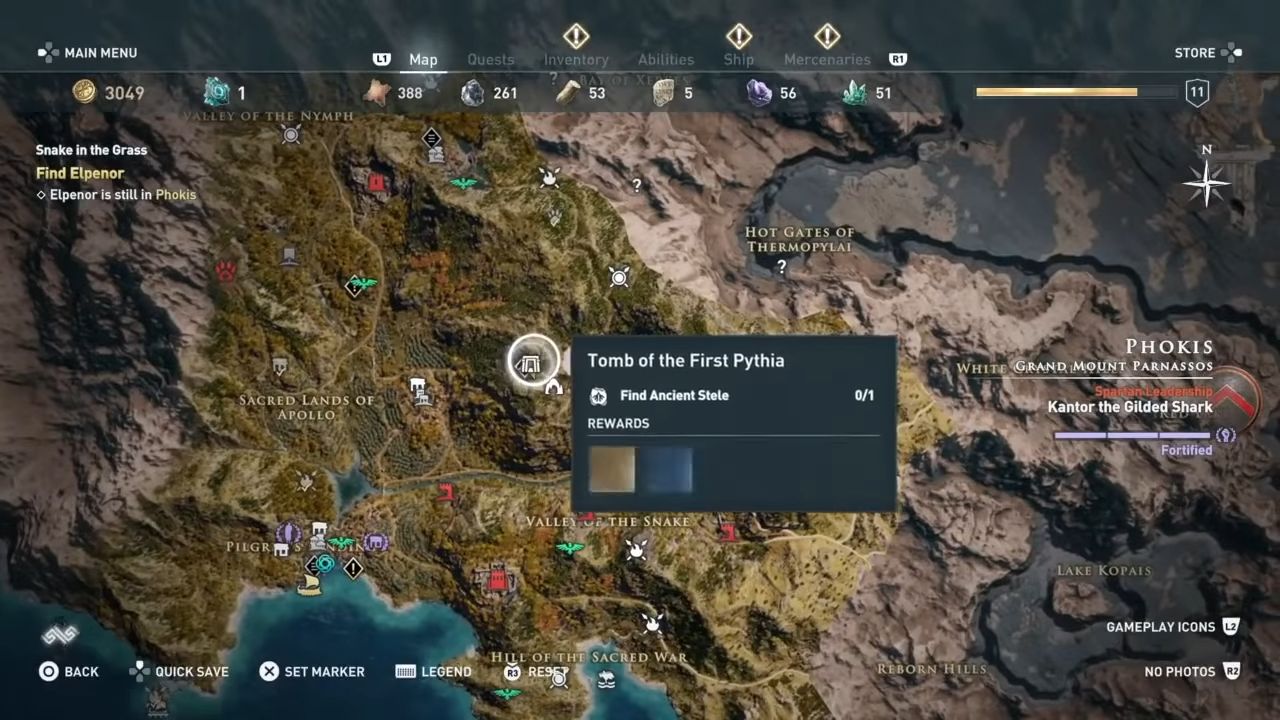 The Tomb of the First Pythia will be located in the Grand Mount Parnassos region in Phokis. On the map, look to the West of the Delphi Sanctuary and Temple of Apollo. Or you can just head West from the amphitheater at the Temple of Apollo and through the woods to uncover the location. There is a massive statue of the first Pythia just outside the tomb, so it would be difficult to miss even in the woods. 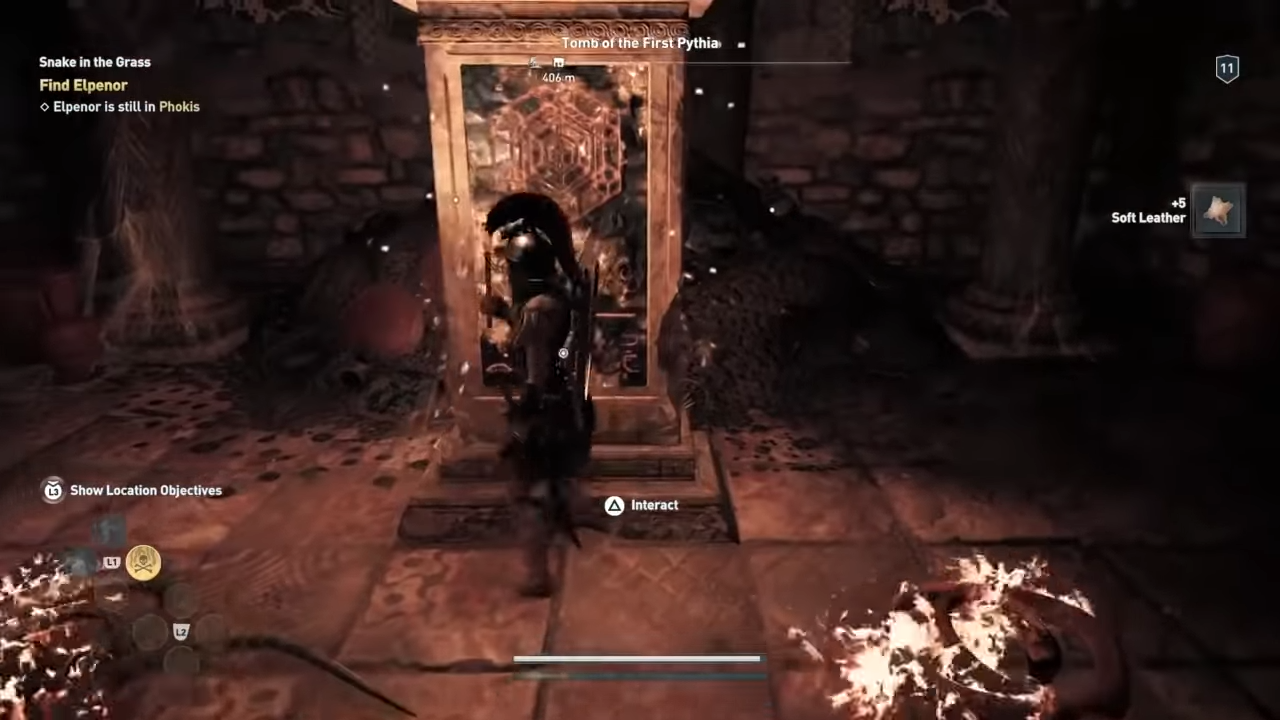 After locating the Tomb of the First Pythia, you’re ready to raid it for that sweet ancient stele. To get your hands on it, you will need to find the secret chamber where it lies. Starting at the entrance, head down the stairs and head to the right where you’ll find some pots. Smash them to reveal a gap in the wall you can slip through, leading to another stairway leading deeper down.

After jumping over a pillar, enter the next room but navigate around the outer edges to avoid a trap that will spring if you walk through the middle. Head out the door on the left and follow the hallway until you see a cracked wall you need to smash through. There will now just be a few snakes between you and the ancient stele in the following room. You can either kill them as normal, or burn them with your torch, but either way all that’s left is to interact with the stele to complete this tomb.

Related posts:
10/04/2020 News Comments Off on Assassin’s Creed Odyssey – Tomb Of The First Pythia Location
Hot News
Games Inbox: What’s the best feature of the PS5?
PGA Tour 2K21 Adds Pumpkin Head Costume DLC, Banana Putters, And More
Every New Pokemon Coming To The Sword And Shield Crown Tundra DLC
New NVMe SSD Fast Enough For PS5 Revealed
Here's How To Upgrade Mortal Kombat 11 On Next-Gen Consoles For Free
Recent Posts
This website uses cookies to improve your user experience and to provide you with advertisements that are relevant to your interests. By continuing to browse the site you are agreeing to our use of cookies.Ok