Self-driving startup Aurora today announced a partnership with PacCar to build and deploy autonomous trucks. It’s Aurora’s first commercial application in trucking, and the company says it will combine its engineering teams around an “accelerated development program” to create driverless-capable trucks starting with the Peterbilt 479 and the Kenworth T680.

Some experts predict the pandemic will hasten adoption of autonomous vehicles for delivery. Self-driving cars, vans, and trucks promise to minimize the risk of spreading disease by limiting driver contact. This is particularly true with regard to short-haul freight, which is experiencing a spike in volume during the outbreak. The producer price index for local truckload carriage jumped 20.4% from July to August, according to the U.S. Bureau of Labor Statistics, most likely propelled by demand for short-haul distribution from warehouses and distribution centers to ecommerce fulfillment centers and stores.

Aurora — which recently acquired Uber’s Advanced Technologies Group, the ride-hailing company’s driverless vehicle division, reportedly for around $4 billion — says it will work with PacCar to create an “expansive” plan for future autonomous trucks. Aurora and PacCar plan to work closely on “all aspects of collaboration,” from component sourcing and vehicle technology enhancements to the integration of the Peterbilt and Kenworth vehicles with Aurora’s hardware, software, and operational services. 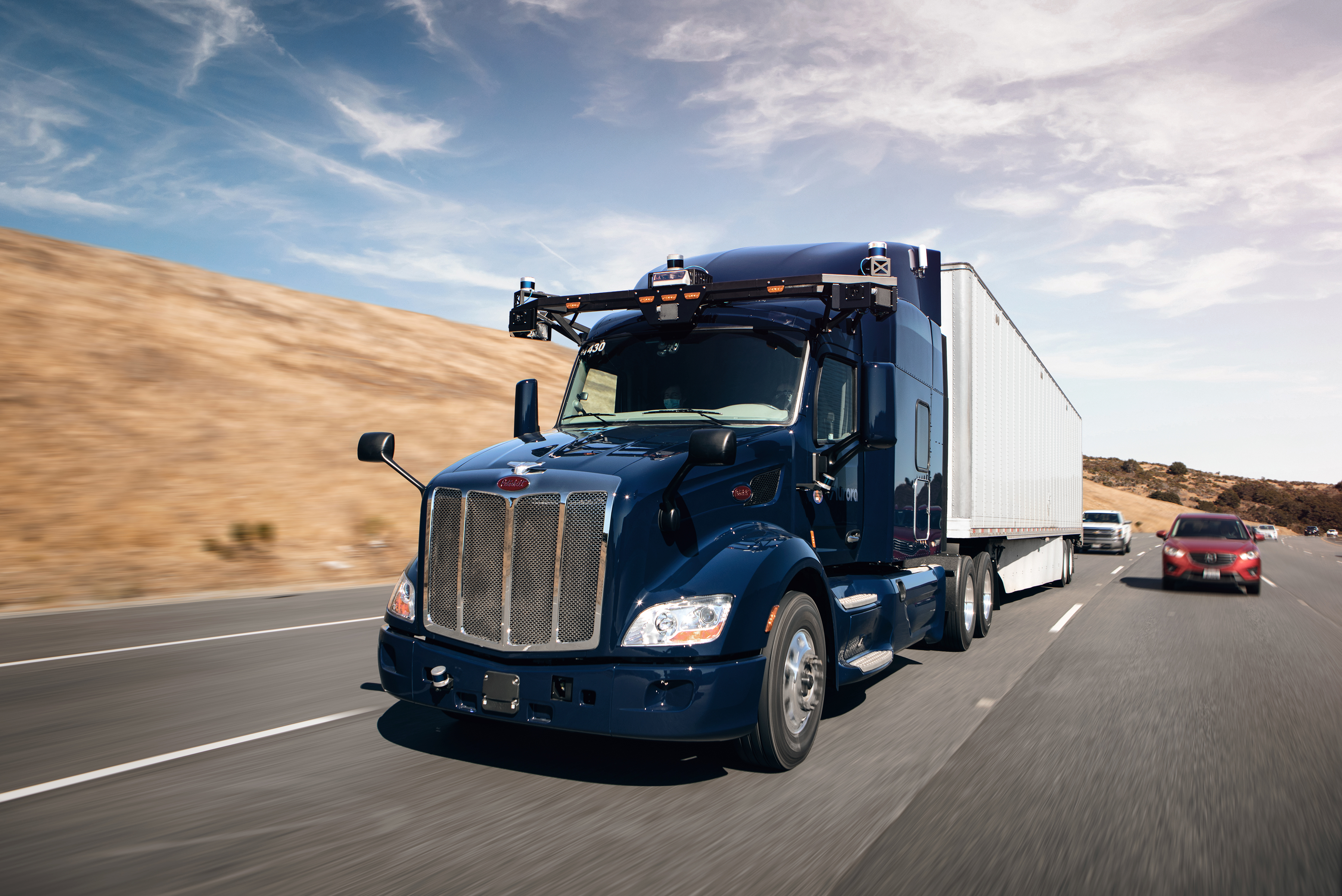 Aurora will test and validate the driverless Peterbilt and Kenworth trucks at PacCar’s technical center in Mt. Vernon, Washington, as well as on public roads. The companies expect them to be deployed in North America within the next several years, during which time PacCar and Aurora will evaluate additional collaboration opportunities with Peterbilt, Kenworth, and DAF truck models and geographies.

Aurora, which was cofounded by Chris Urmson, one of the original leaders of the Google self-driving car project that became Waymo, has its sights set on freight delivery for now. In January, Aurora said that after a year of focusing on capabilities including merging, nudging, and unprotected left-hand turns, its autonomous system — the Aurora Driver, which has been integrated into six different types of vehicles to date, including sedans, SUVs, minivans, commercial vans, and freight trucks — can perform each seamlessly, “even in dense urban environments.” More recently, Aurora announced it will begin testing driverless vehicles, including semi trucks, in parts of Texas.

Last year, Aurora raised investments from Amazon and others totaling $600 million at a valuation of over $2 billion, a portion of which it spent to acquire lidar sensor startup Blackmore. (Lidar, a fixture on many autonomous vehicles designs, measures the distance to target objects by illuminating them with laser light and measuring the reflected pulses.) Now valued at $10 billion, Pittsburgh-based Aurora has committed to hiring more workers, with a specific focus on mid- to senior-level engineers in software and infrastructure, robotics, hardware, cloud, and firmware. The AGT purchase could grow the size of its workforce from around 600 to nearly 1,200, accounting for ATG’s roughly 1,200 employees.

The value of goods transported as freight cargo in the U.S. was estimated to be about $50 billion each day in 2013. And the driverless truck market — which is anticipated to reach 6,700 units globally after totaling $54.23 billion in 2019 — stands to save the logistics and shipping industry $70 billion annually while boosting productivity by 30%. Besides promised cost savings, the growth of trucking automation has been driven by a shortage of drivers. In 2018, the American Trucking Associations estimated that 50,000 more truckers were needed to close the gap in the U.S., despite the sidelining of proposed U.S. Transportation Department screenings for sleep apnea.