The Batman Arkham series is fondly remembered for many reasons. It has incredible characters, a genuinely great adaptation of comics into video games, a story that surpassed what many expected, and a combat system that changed the gaming industry. But of course, the games knew they were much more than that, blending stealth and detective elements throughout.

This is seen best in the many Gotham's Most Wanted cases, the Arkham version of side missions. They're a microcosm of what the games are all about, a blend of a little bit of everything while giving a single villain the limelight. And though none of them are bad, there are some that stand above the rest. 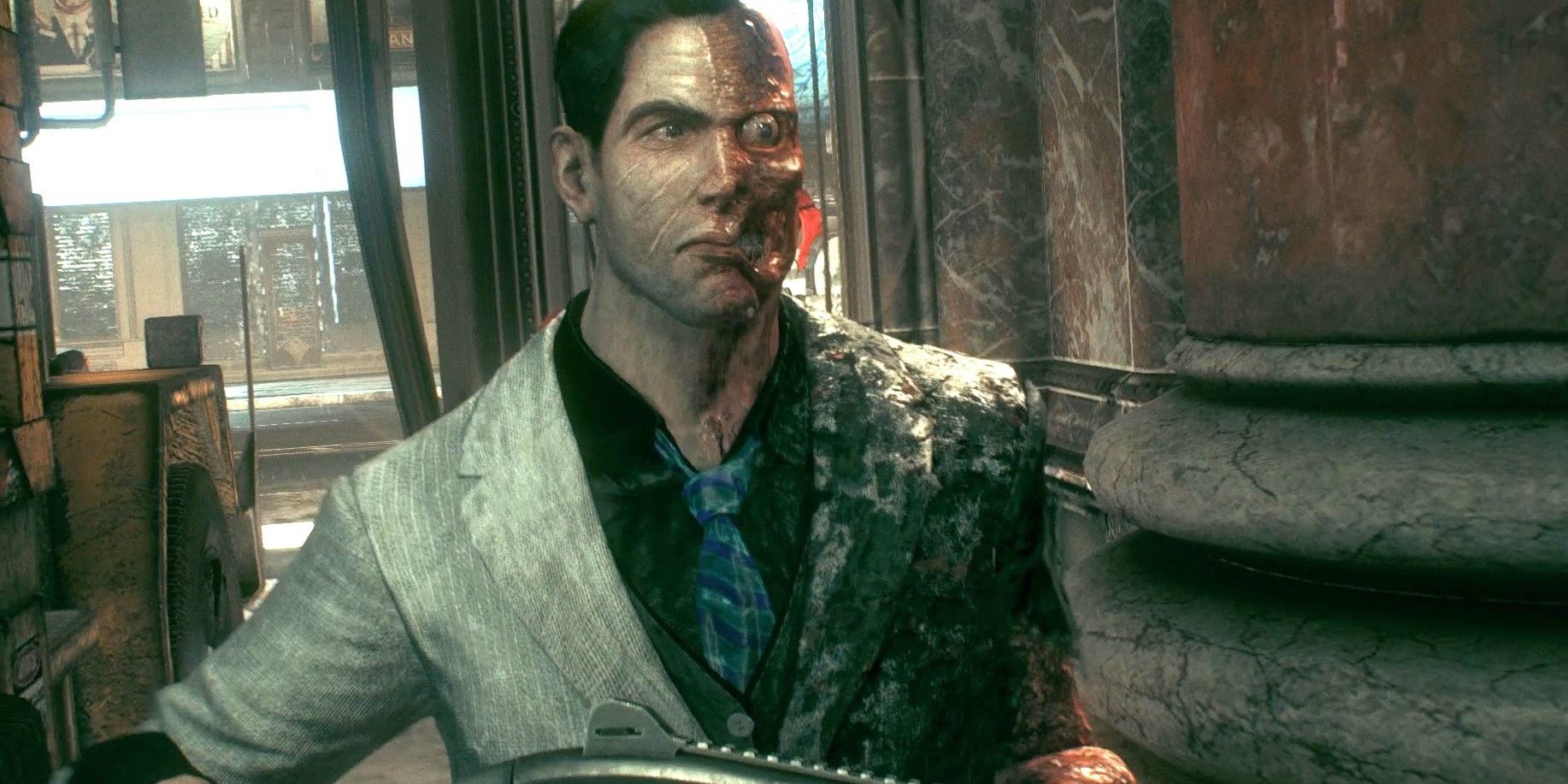 Two-Face is one of Batman's most iconic enemies, his split personality personified in his literal split person. He has a twisted sense of justice and is the law administered by chance, a division of mercy and death. He's the quintessential villain in a way.

He's been a mainstay since Arkham City, a person you can rely on to scream the silliest lines alluding to his two sides. And in Arkham Knight, his mission "Two-Faced Bandit" is a great example. He robs a series of banks, and Batman has to step in before they steal too much. It's simple, but the increasing difficulty while the alarms are blaring adds fun but classic tension to the scenario. 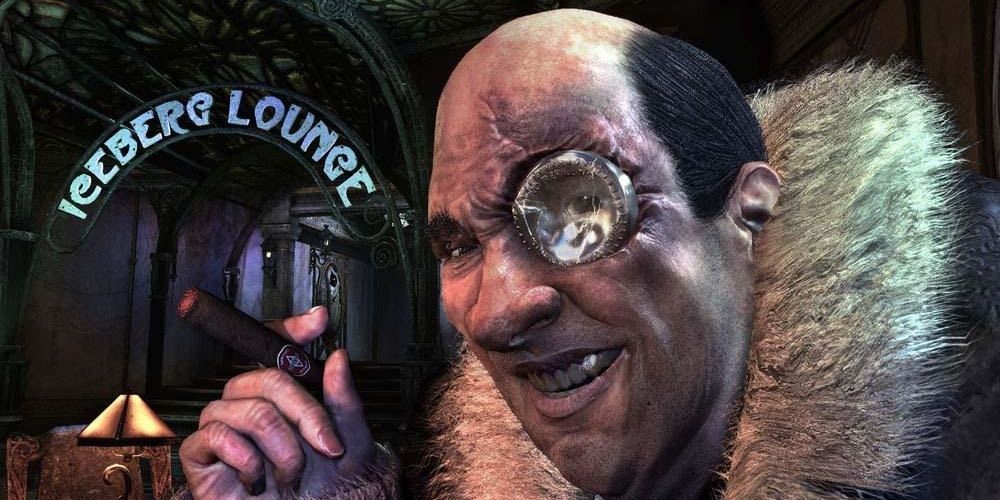 Just like Two-Face, there's hardly a Batman story out there that doesn't feature the Cockney gang leader himself, The Penguin, and the Arkham series is no exception. Penguin is still the ultimate gang man, styling himself like the Don of a mafia while having all his underlings support his empire.

In Arkham Knight, this is shown through the Gunrunner missions, where Batman and Nightwing work to takedown Penguin and his arms trafficking before the night is out. The missions involve tracking trucks to their hideout before beating all the thugs in dual combat with Batman and Nightwing, a rare pairing. 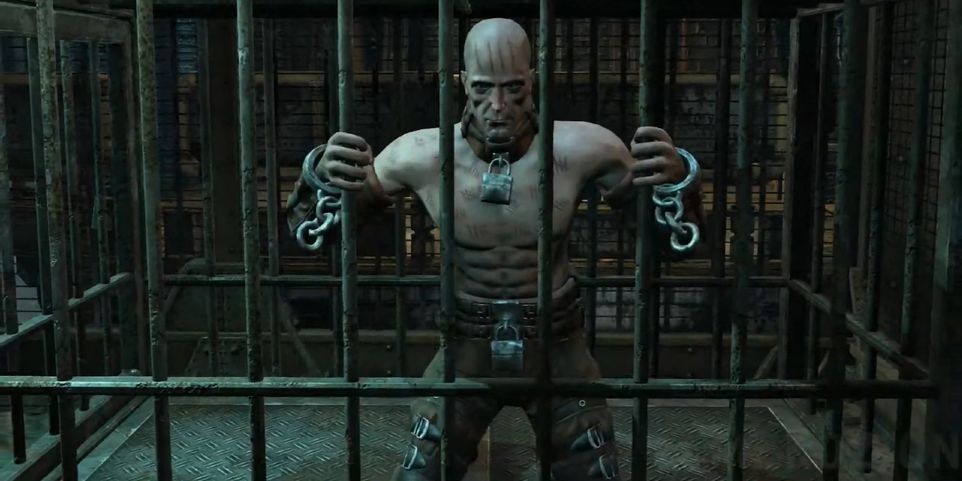 Definitely one of the less inspired villains in terms of appearance and theatricality when compared to much of Batman's Rogues Gallery, serial killer Zsasz still holds a menacing presence, in Arkham City especially. Funneled into Arkham City, Zsasz is no less the threat, playing games with his victims, and Batman at the center.

Zsasz has you picking up phone calls across the city, tracking down each one in time before he kills a victim. After finding the phone, Batman has to track the call to work out his location, all the while telling you the gruesome details of his victims and backstory. It's a twisted mission, that even though you succeed, there's still the knowledge that Zsasz understands himself, and enjoys it.

7 Creature Of The Night 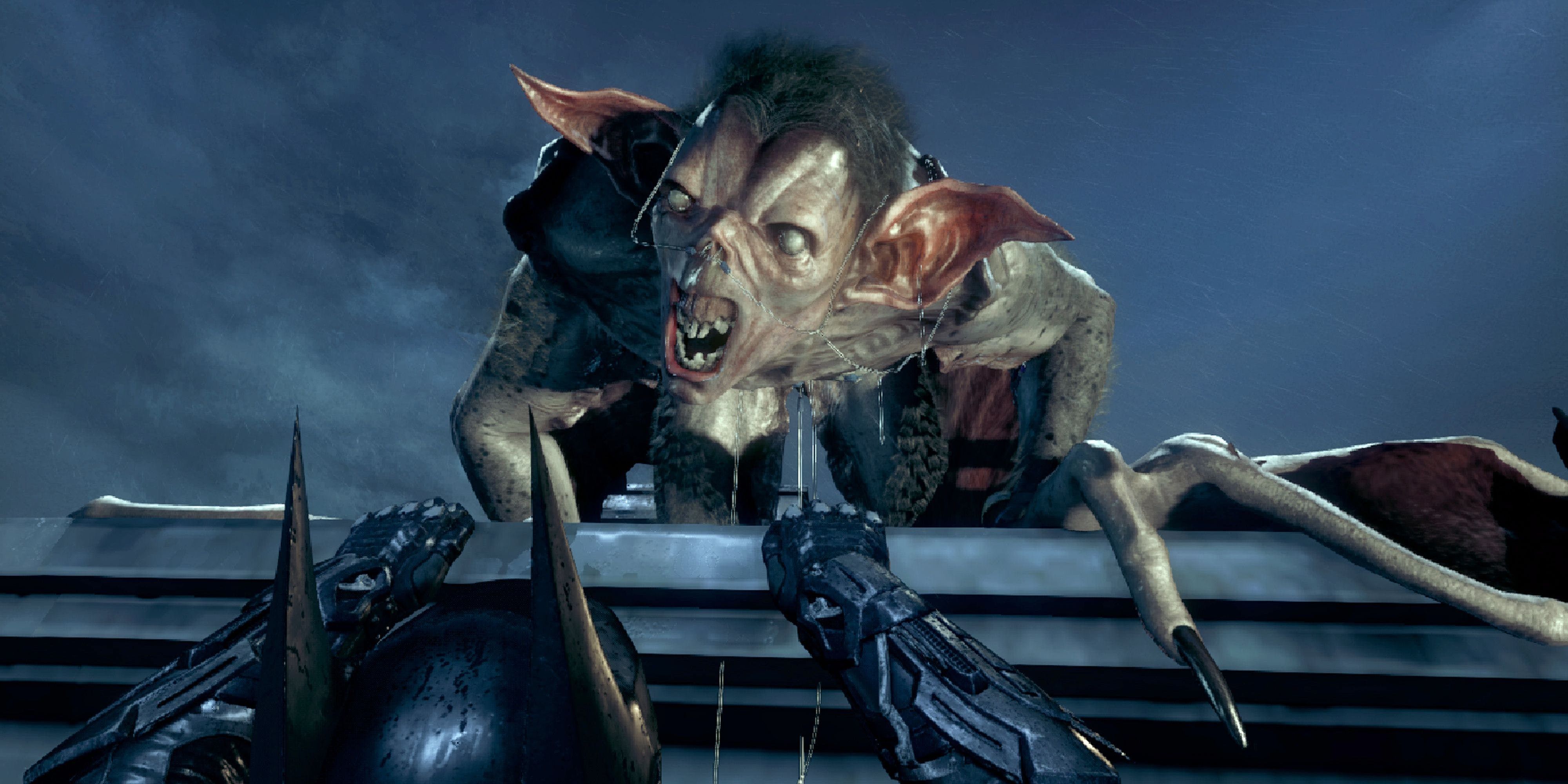 The ingenuity of comics will never die so long as Batman has his great enemies to deal with. Because who is a better threat to a man styling himself like a bat, than a man actually turned into a bat? Feels almost like Man-Bat is trying to one-up Batman, honestly.

Joking aside, Man-Bat is a tragic character, having transformed himself and killed his wife all the while simply trying to cure deafness across the world. "Creature of the Night" is first started after a jump-scare appearance, Batman continually chasing him across the skies until he can finally lock him away for his own safety. 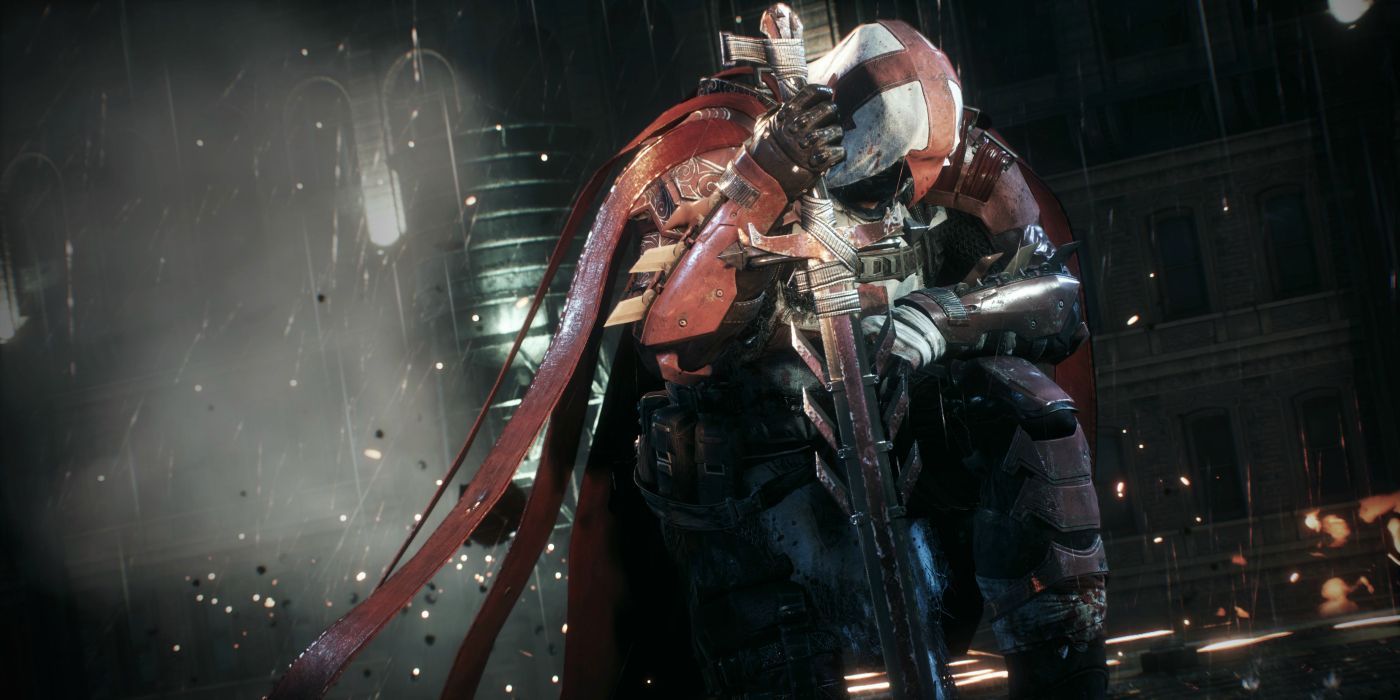 Appearing first in Arkham City, even visible when Bruce Wayne himself is being brought in, Azrael is an unsettling character, speeching cryptic messages at every moment he encounters Batman. In Arkham City, this culminates with you aligning multiple symbols on the map to locate his final area, where he reveals his name, and that some dire fate will meet Batman and Gotham in the future.

Azrael then returns in Arkham Knight, this time determined to prove himself Batman's successor. At each meeting, you play as Azrael and defeat thugs until the very end, when Batman discovers that Azrael's memories are being manipulated. This offers the unique scenario whereby Azrael makes a choice. Pick up his sword and attempt to kill Batman, or accept his being manipulated and track down the perpetrators. 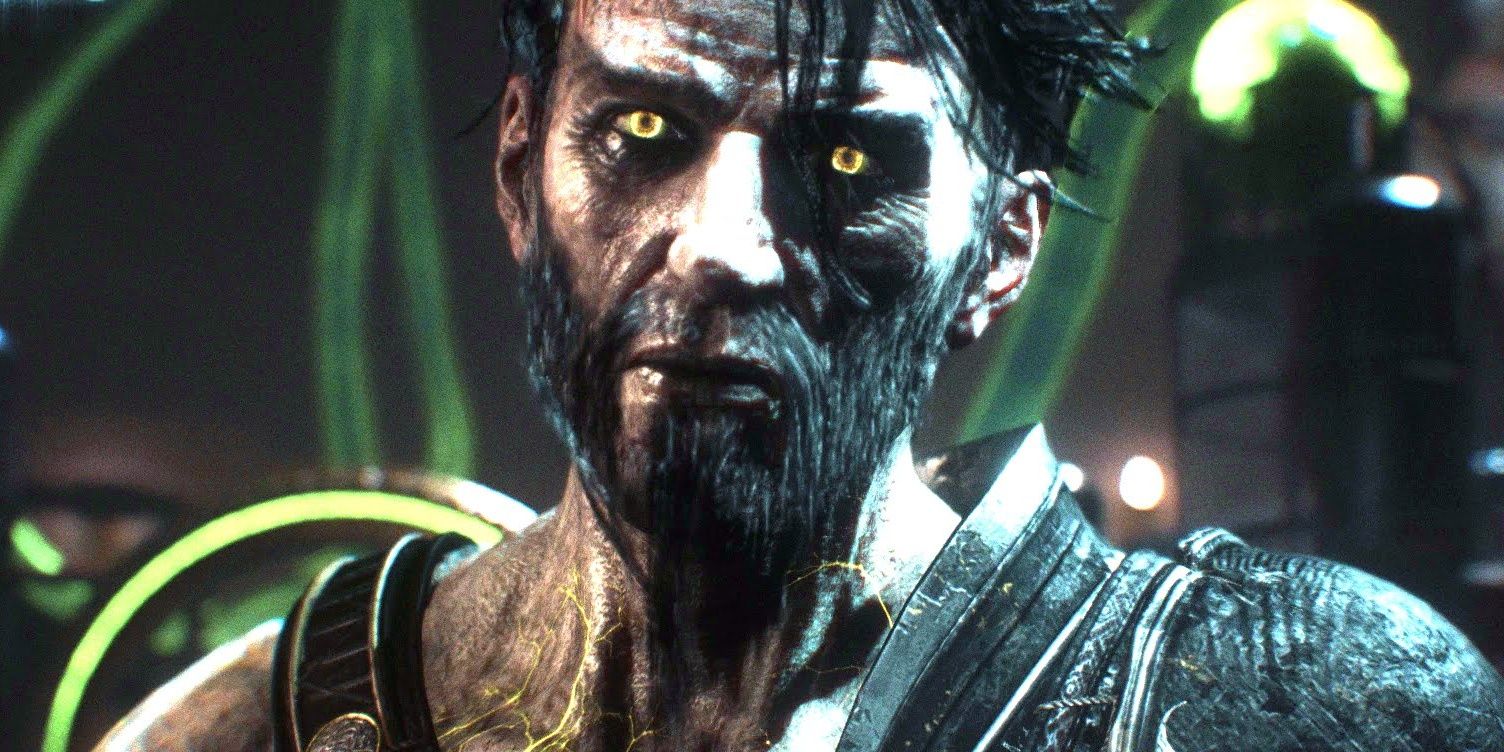 Ra's Al Ghul is a villain unlike many others in the Arkham games. Many are still human but with incredible tact, maybe some science to add to their power. But Ra's Al Ghul is very explicitly immortal, kept alive by the Pits of Lazarus. He's presumed dead in Arkham City, though his body does randomly disappear.

He returns in the Season of Infamy DLC, "Shadow War". There is in-fighting amongst the League of Assassins, those who wish to revive Ra's fully and continue the League, and Ra's daughter Nyssa, who claims Ra's should die and the League fall until her leadership. Again, you are presented with a choice here the enemies you fight are determined by it. It's an interesting choice, as one leads to Batman having to inadvertently kill Ra's, while the other has Nyssa die as a result. 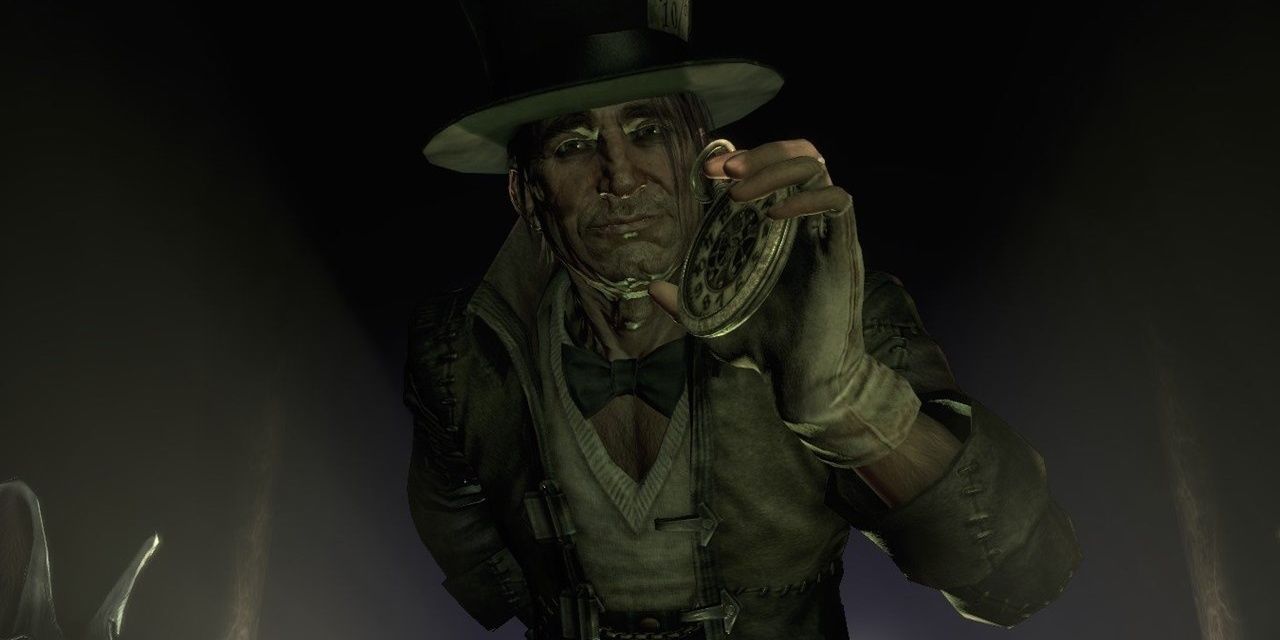 Famous initially from Alice in Wonderland, the Mad Hatter here is a demented man, someone actually believing himself the Mad Hatter from the story. He speaks in rhymes, endlessly referencing the tale. He takes Batman by surprise with a fake cure, trapping him and making him fight demented visions. But of course, Batman overcomes this.

The Mad Hatter returns in Gotham Knight in "Wonderland", his mission just as visually interesting. After ending a series of bomb threats, Batman is seemingly pulled into a storybook, depicting the events and enemies of previous games while the pages themselves change and reveal images as you move across it. It's a treat to see, and a nice trip down memory lane. 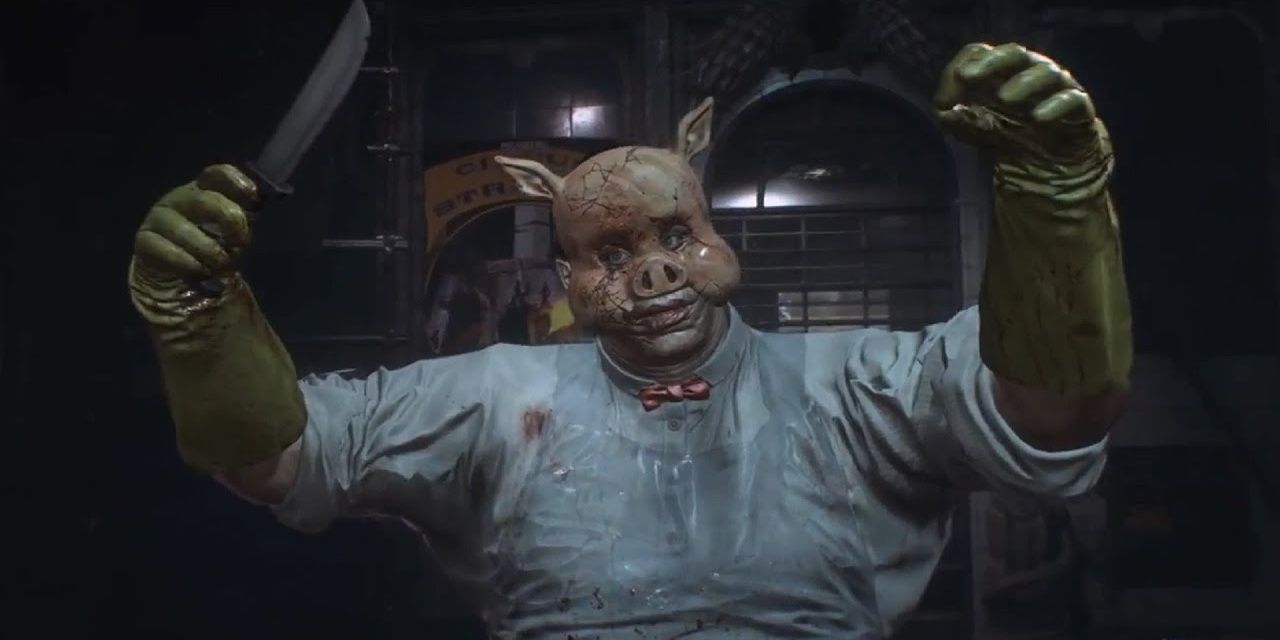 Taking notes from the "Cold Call Killer" case, Professor Pyg's "The Perfect Crime" is a deeply unsettling series of missions that task Batman with tracking down various victims of Pyg, having to examine them in detail with Detective Vision to even discover who they are.

But the mission takes an even more unsettling turn after discovering Pyg's hideout. He has created a new enemy, Dollotrons, that no longer feel pain. Just mindless husks that do his bidding. A perfect and beautiful human, in his eyes. The only way to take them down is with explicit takedowns, regular hits just aren't enough. But as always, the Caped Crusader comes out on top. 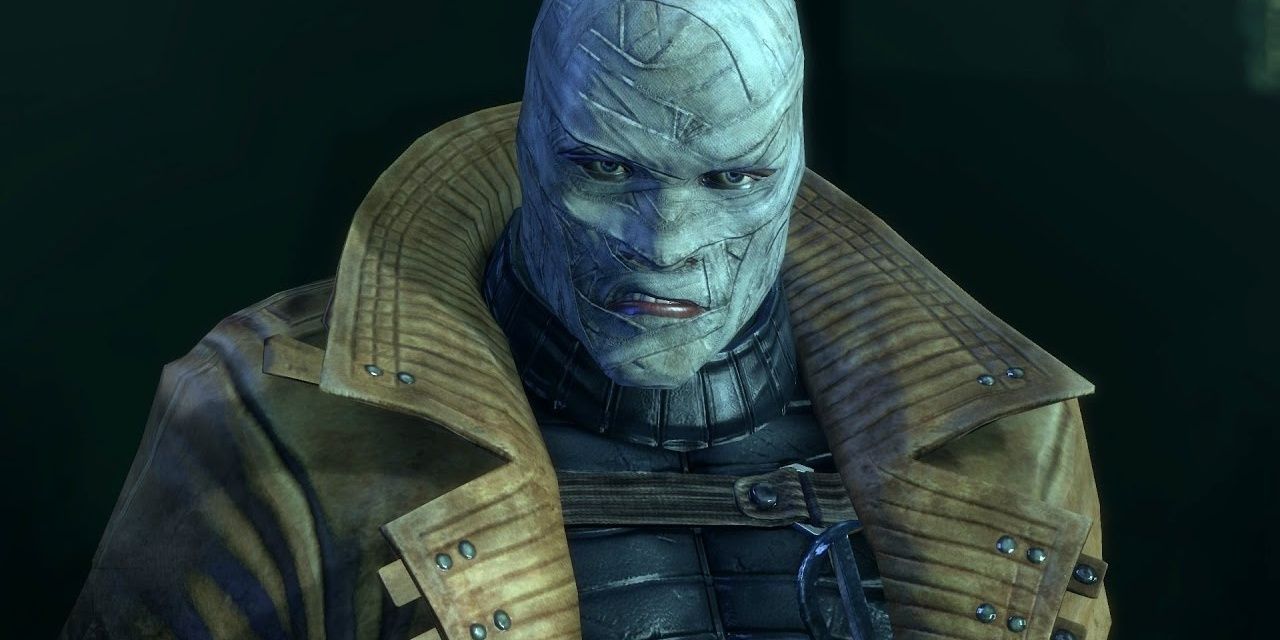 Though originally a childhood friend of Bruce Wayne, Thomas Elliot harbored an unfathomable rage against Bruce's father after he saved the life of his mother, whom Elliot has attempted to kill to inherit her fortune. This rage later manifested in hatred for Bruce Wayne, leading Hush to recreate his face from a series of victims across Arkham City, with Batman ultimately coming up the loser in this case.

Hush reappears again in Arkham Knight in an equally unsettling manner. Batman plans to travel to WayneTech as he can't get in contact with Lucius Fox. He arrives there, taking the elevator to the top and re-emerging as Bruce Wayne. Though short-lived, it is revealed to be Hush instead. Batman arrives shortly afterward, defeating Hush and revealing his identity, though chooses to lock him in the WayneTech building to avoid confusion. 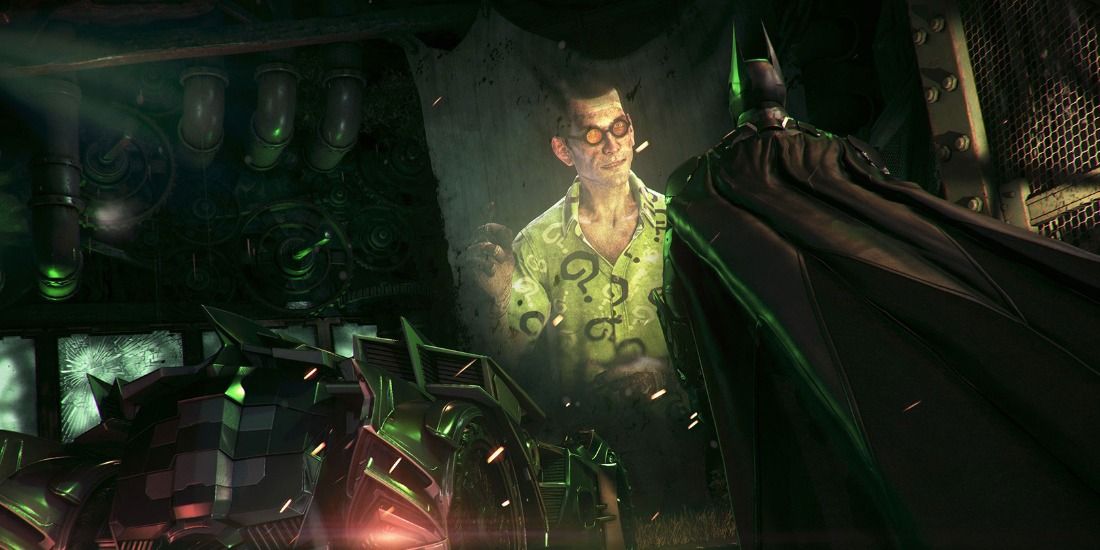 It may seem like cheating to a degree, but the one thing the Arkham games have always done well is know how to turn generic collectibles into a genuinely fun activity, and here the Riddler is the focus for that. Many of his trophies are challenges themselves to acquire, and his many riddles play homage to Batman's long history.

Riddler's challenges officially became Most Wanted missions in Arkham City, and let him play Main Character throughout the game, seeing as there's a little bit of him everywhere. He's always beaten but refuses to admit it, becoming more elaborate with each appearance. It's almost endearing, how hard he tries. But the sheer joy his missions bring is impossible to deny. They're a highlight of the series.