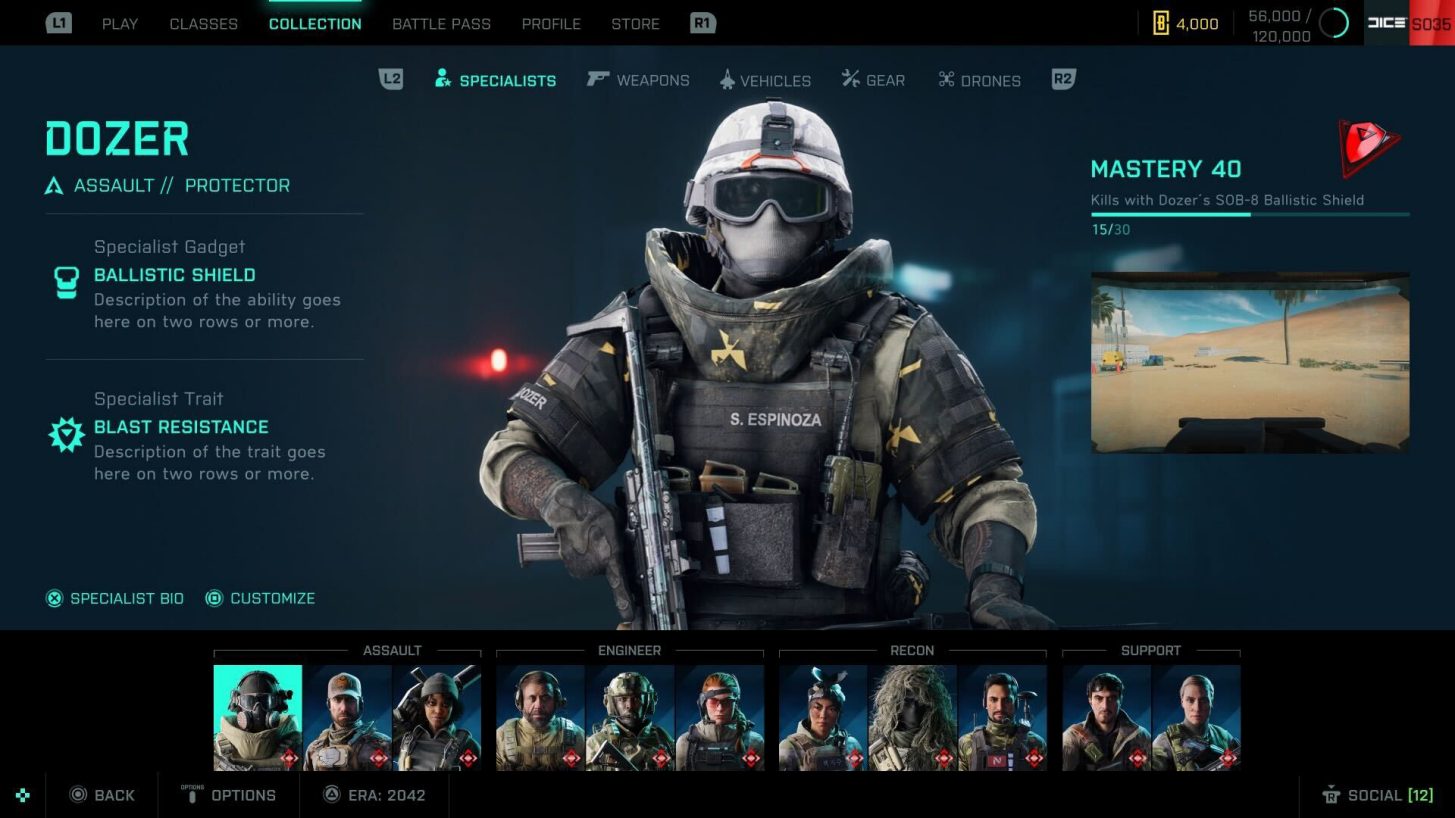 One of the most hated parts of Battlefield 2042 is getting an overhaul, but it’s going to be a long wait until the changes come into effect.

Things don’t seem to be going terribly well when it comes to Battlefield 2042’s attempts to reinvent itself, after its disastrous launch last year. Very little of real substance has changed in the last nine months but at last developer DICE is doing something about one of the game’s least popular elements: Specialists.

Rather than the usual class-based system for selecting who you play as, Battlefield used individual, named characters. Everyone made it clear they hated it though and after months of promises DICE is finally planning to address the problem, although they’re not getting rid of them entirely.

Instead, a new class system, similar to traditional Battlefield games, is being introduced with Assault, Recon, Support, and Engineer types. Existing Specialists will be retained, but as unique sub-classes of the four main types.

The Specialist sub-classes will restrict the use of gadgets and allow you to assign new class traits, which makes you wonder why they didn’t just remove them entirely.

As usual with Battlefield 2042, there’s a catch and in this case it’s that the new feature won’t be available until Season 3. Considering Season 2 doesn’t start until September you’re talking month and months of waiting, especially as the changes won’t even be straight away but in a planned Update 3.2.

That almost certainly places the new class system in 2023, by which point it’s very hard to imagine anyone caring about Battlefield 2042.

The slow pace of change only reinforces rumours that EA has already given up on the game and that only a skeleton crew is still working on Battlefield 2042, with everyone else already having moved on to a new, so far unannounced, Battlefield game.

There’s more information about all the changes on the official Battlefield Blog, which goes into considerable detail about other updates, such as plans for returning weapons and changes to the Renewal and Orbital maps.

Rather than the new class system, the game’s next big addition will be a new map, which is due to be added in September, as part of Season 2.