The BenQ MOBIUZ EX3415R 34-inch Ultrawide Gaming Monitor, available for pre-order starting April 12, aspires to be a natural extension of that commitment. Complete with a 144 Hz refresh rate and BenQ’s proprietary HDRi technology, this ultrawide monitor purports to offer an immersive experience for $999. The EX3415R is the third monitor in BenQ’s MOBIUZ line and the first MOBIUZ-branded ultrawide monitor, though BenQ sells several other ultrawide monitors. 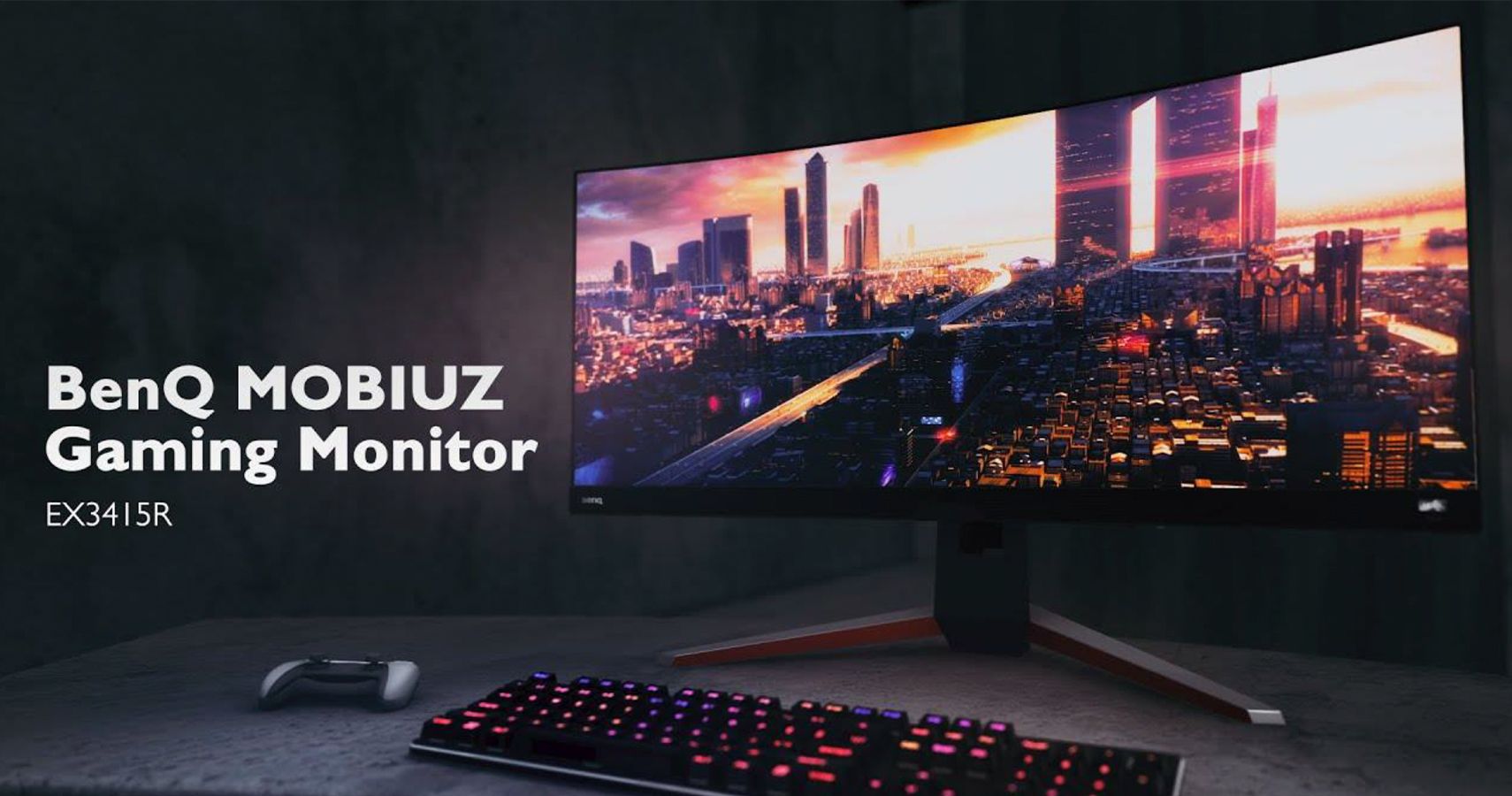 A BenQ representative gave TheGamer an overview of its forthcoming monitor through a virtual presentation via Ring. While the monitor doesn’t appear to be revolutionary in any way, it looks to be an excellent home monitor for a gaming enthusiast who prioritizes an immersive experience.

For this monitor, BenQ deviated from its typical all-black casing, instead opting for a fresh gray color. The back of the monitor features a sleek “X” shape imprinted within the plastic, which reflects a signature look for the MOBIUZ brand. The monitor stand allows the user to easily adjust the screen height for optimal viewing.

The monitor’s WQHD (wide quad high definition) display resolution measures 3440 x 1440 with a 21:9 aspect ratio, which is standard for the ultrawide experience. These features provide approximately 33 percent more horizontal screen space than a standard 16:9 monitor. The BenQ MOBIUZ EX3415R features a 1900R curve, which many consider a sharp curve.

Ultrawide curved monitors are still emerging in popularity, but video game players who use them regularly claim the extra screen space provides a more immersive gaming experience. However, it’s important to note that not all games, even modern ones, have ultrawide support. 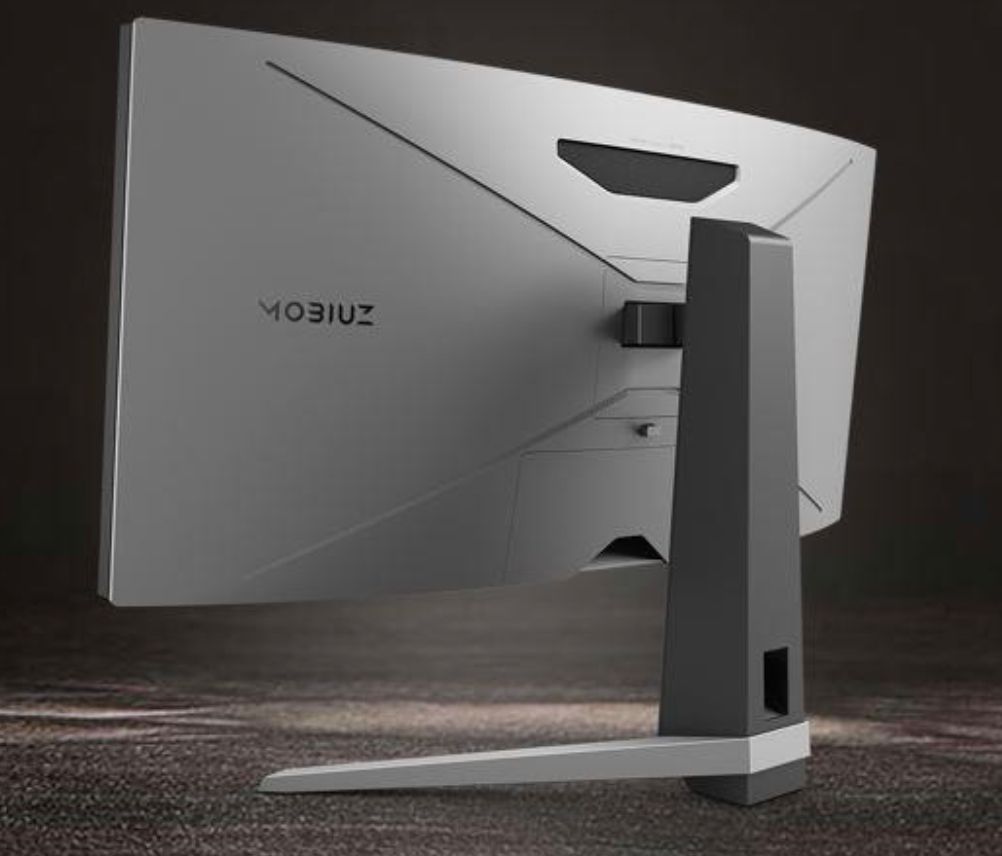 In those cases, or in cases where the player simply doesn’t want to take advantage of the ultrawide screen aesthetics, the BenQ MOBIUZ EX3415R’s extra monitor space works as a second screen with a separate input. Many people will find this advantageous as it allows them to watch TV or browse the internet while playing. Players can control the screen and its separate inputs with a remote control, which is included with the monitor.

Curved monitors wrap into a viewer’s field of view, which means the player should experience less virtual distortion. Typically, they can see more of a picture in their limited sight range with a curved monitor than they would see with a flatscreen monitor. Put another way, a 34-inch curved monitor offers a wider field of view than a flat monitor of the same proportions. This viewing experience also purportedly helps eliminate eyestrain.

Its 144 Hz refresh rate is generally accepted standard in the gaming space, with 240 Hz refresh rates typically reserved for competitive FPS players. Except in highly competitive play, most players won’t notice a difference between 144 Hz and 240 Hz, and many games still don’t support anything above 144 Hz. Although this is changing, 240 Hz is unlikely to become the standard anytime soon as such refresh rates also require powerful, high spec computers.

The monitor also uses FreeSync Premium, which provides low frame rate compensation (LFC) to allow the monitor to display the same frame multiple times if the picture drops below the monitor’s lowest supported refresh rate. In the case of frame drops, the viewer can still experience uninterrupted gameplay rather than drastic screen tearing.

BenQ’s HDRi technology is a unique take on standard HDR (high-dynamic range), which bolsters brightness and contrast. The brand’s Brightness Intelligence technology, which BenQ calls B.I. Plus Tech, features a sensor that detects light levels surrounding the monitor and then uses HDRi technology to maximize screen contrast and clarity. This process also enhances color balance and saturation. While BenQ offers this sensor technology on other models, this is the first time consumers can opt for this enhanced viewing experience on an ultrawide monitor.

With this model, BenQ fine-tuned its HDRi technology. However, the technology shouldn’t be noticeably different, particularly for the average player. A minor but significant change is the ability to adjust brightness when HDRi is operating, as this feature was unavailable in previous BenQ models containing this tech. The monitor features settings for Cinema HDRi and Game HDRi, which previous models have as well.

TheBenQ MOBIUZ EX3415R’s light-tuner features a 20-level setting that ranges from -10 to 10. When aligned with color vibrance settings and saturation, it’s meant to help the player distinguish enemies from the game background. 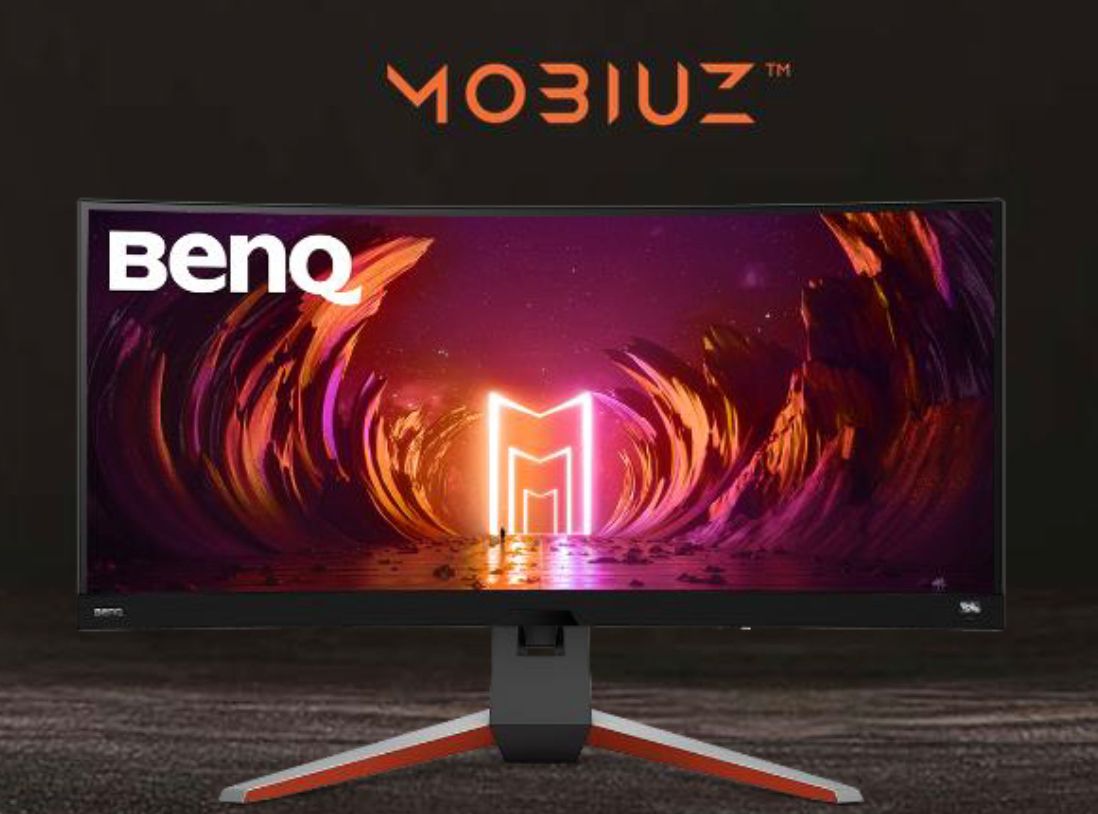 Unlike some other high-end ultrawide gaming monitors with no speaker options, the BenQ MOBIUZ EX3415R Ultrawide Gaming Monitor has 2.1 channel sound from treVolo. The system consists of two built-in 2-watt speakers and a 5-watt subwoofer. 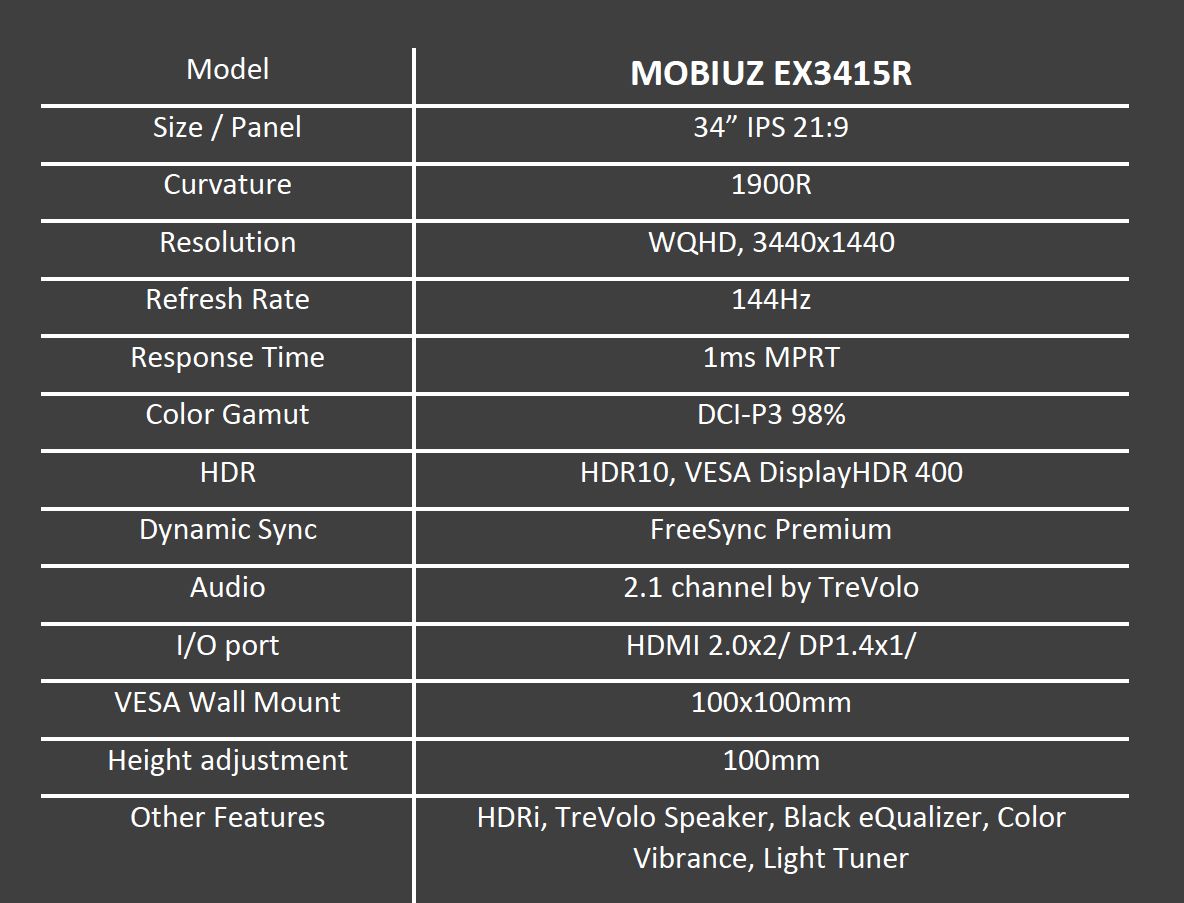 BenQ’s foray into the ultrawide space is in line with evolving technology. As more films and games take advantage of the technology driving the success of ultrawide screens, it makes sense that the company would choose to provide an option that adapts to this growing technology.

The BenQ team designed the monitor with a specific target audience in mind. Therefore, all of the features are for players who desire immersive gaming experiences. While it boasts a higher price tag than some other models, it includes some significant enhancements that others lack, including BenQ’s HDRI technology, a built-in speaker system, and a remote control.

At $999, there are certainly more affordable monitors on the market. However, it seems that with the BenQ MOBIUZ EX3415R Ultrawide Gaming Monitor, BenQ intends to offer would-be customers plenty of high-tech immersion settings for a reasonable price tag. 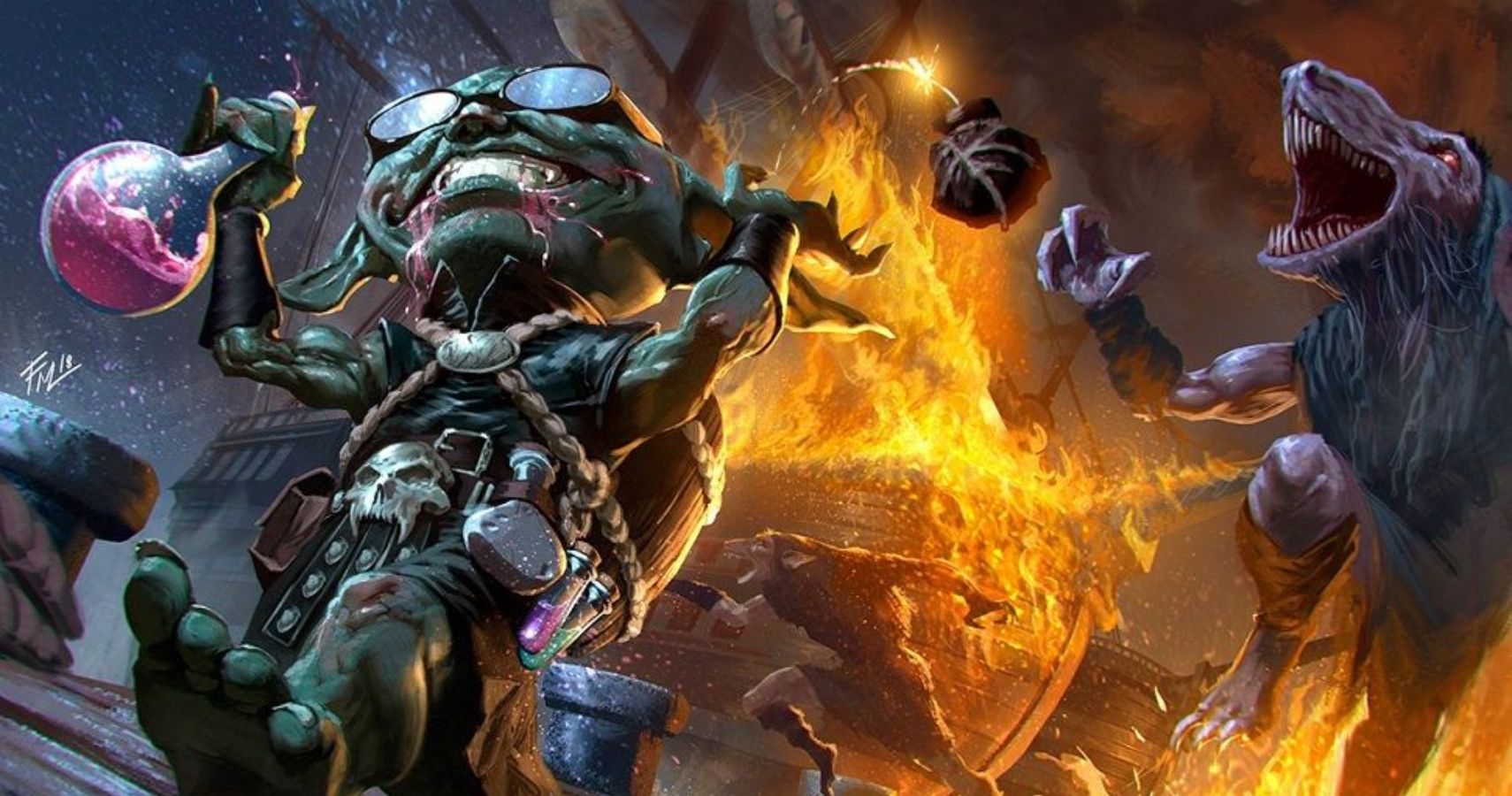 Whitney Meers is a lifelong gamer and professional writer whose credits include Newsweek, Comedy Central, HuffPost, NBCUniversal, Samsung, The Discovery Channel and truTV. She regularly contributes to Frederator Digital’s YouTube gaming channel The Leaderboard, which recently surpassed a million subscribers.

As a former Top Writer on Medium, she wrote several of the site’s most widely circulated satirical pieces throughout 2017 and 2018. Her personal essays have appeared on xoJane and Everyday Feminism. Additionally, she served as the consulting lead on Newsweek’s Fortnite Special Edition, securing interviews with numerous gaming personalities including Ninja, DrLupo, TimTheTatman and Pokimane.

Whitney has a comedy background and has written and performed in various live shows including 8 Bits: A Sketch Show About Video Games at New York’s Upright Citizens Brigade Theatre. She was a house team member on the sketch comedy team Slap Fight at The People’s Improv Theater, also in NYC.

A versatile content creator, Whitney also produces gaming videos, makes gaming-related fan art and writes genre-bending scripts for film and television. Her pilot script Recession Proof was nominated for the TVWriter.com People’s Pilot award in 2011 and was later optioned and produced by an independent production company.