The AK24 is back with a blast in Battlefield 2042 thanks to recent patches and updates that fixed weapon bloom. It deals serious damage and is reliable at short and long-range.

We cover the best attachments for the AK24 below. There are a couple of different ways to run the AK, though there's definitely a loadout that sticks out from the rest. 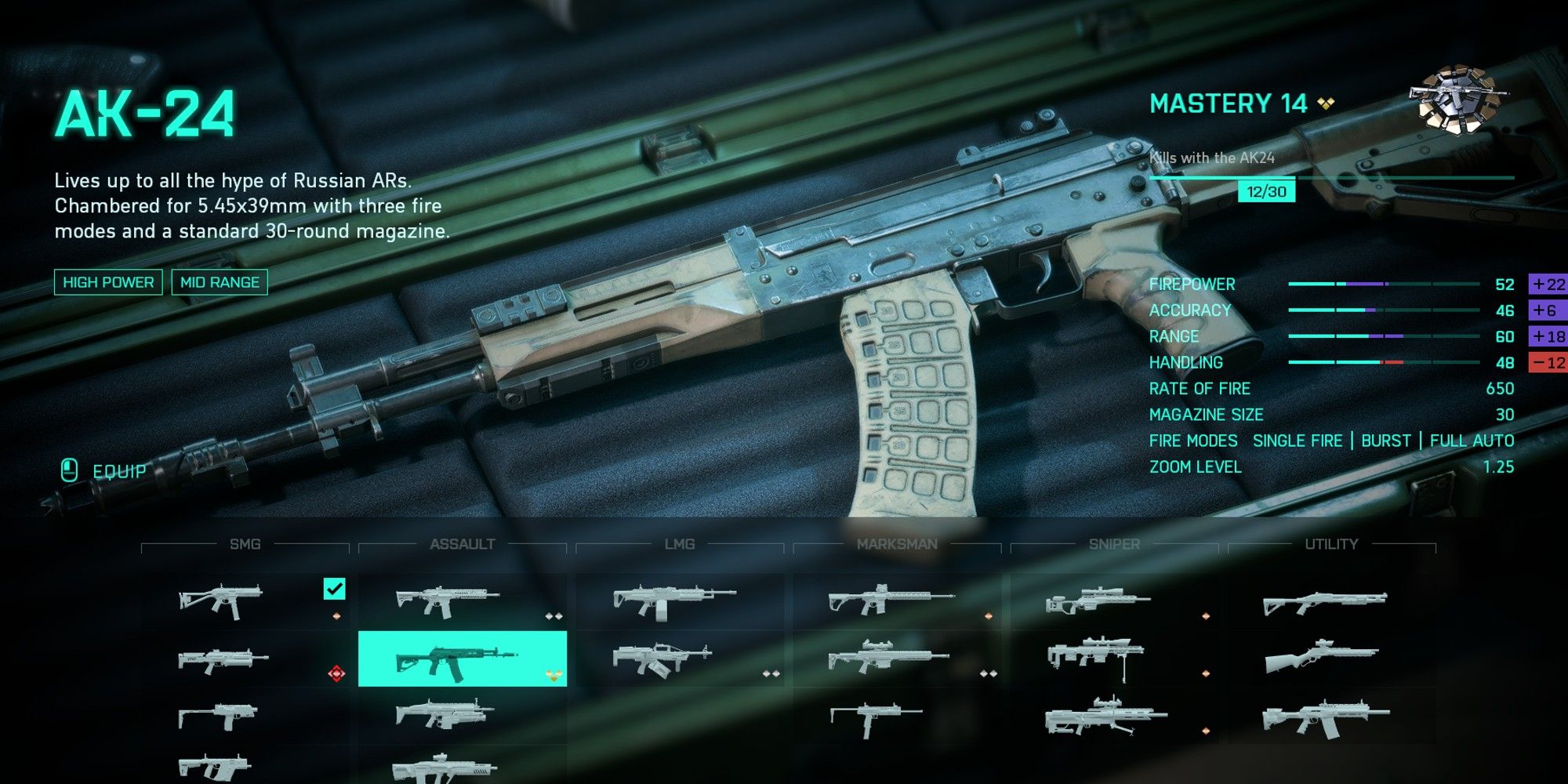 The AK24 was absolutely useless in the first few weeks of Battlefield 2042, but thanks to bloom patches, it's now one of the best guns in the game. It puts out a lot of damage, and with the right loadout you can tap-fire enemies from range or spray down opponents who're up in your face.

Thanks to the game's T-system you can have more than one set of attachments on your weapon at any time. If you want to use the AK-24 at range, have this secondary loadout ready to go.