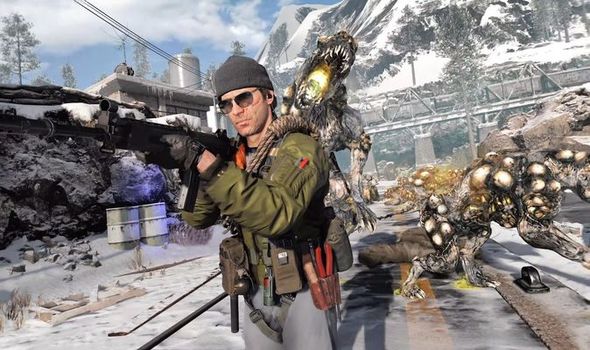 The mode was previously only available on PlayStation consoles, after Sony purchased exclusive rights for 12 months.

It features its own dedicated reward system, as well as 23 different maps to explore.

Onslaught launches on Xbox and PC as part of the November 2 update in the US. The current time difference means UK fans can download and install the update at 4am GMT on the morning of November 3.

Treyarch has also given fans a sneak peek of what else to expect from this week’s big Black Ops Cold War update.

According to the developer, fans will be able to unlock the Hammer and Sickle melee weapon.

New animated Calling Cards will be available alongside challenges, as well as new Prestige Shop Weapon Blueprint and Legacy content.

Obviously the most exciting new addition is the appearance of Onslaught on non-PlayStation consoles.

As part of the game mode, teams of two Operators will deploy to one of several locations derived from various multiplayer maps.

Treyarch explains more: “Once you drop in, the onslaught begins; the Dark Aether Orb will confine your duo to a specific space on the map, where the undead will begin spawning in.

“Killing these zombies will power the Orb. Kill enough Zombies and the Orb will move. While you’re inside the Orb, you won’t take Dark Aether damage from outside the specific map zone the Orb protects, helping keep players alive as they fight increasingly difficult undead enemies, with each “surge” bringing more resilient, faster and deadlier zombies.

“As the Orb gains power and you clear out more enemies, expect to stay on the move as the safe area shifts to different areas around the map, forcing you to change strategies on the fly while fending off the undying horde.”

Elite enemies will also appear, and are how players are able to earn better ranks in Onslaught.