Abandoned is a game wrapped in mystery. When it first came up on everyone's radar, it was assumed that it was a front for a new Hideo Kojima game. It's a conspiracy theory that developer Blue Box Studios seemed to lean into, making it all the more disappointing for some when it turned out that Abandoned isn't actually a new Silent Hill game (as we now know, that honour is going to Bloober Team).

That's a weird place for any studio to find itself in, especially an indie team that hadn't shipped a game yet. And now, it's only getting weirder – Abandoned does not actually exist at all. This is at least according to sources close to the project that spoke to GameSpot, who have accused Abandoned creator, Hasan Kahraman, of mismanagement and misleading the public about the state of the game.

Abandoned was originally planned to launch in 2021. However, according to sources close to Kahraman, the survival game still doesn't exist. They also say it is not even being actively worked on, and they have been told in private that development is on hold.

Interviews with those close to the project have apparently revealed that Kahraman has development on hold until he can secure further funding. In the meantime, his priority is to release a playable prologue. Yet the sources say that he "doesn't seem to be in a hurry" to create this either. Kahraman is also said to have dropped the once promised multiplayer aspect of the game, although he has not mentioned this publicly. 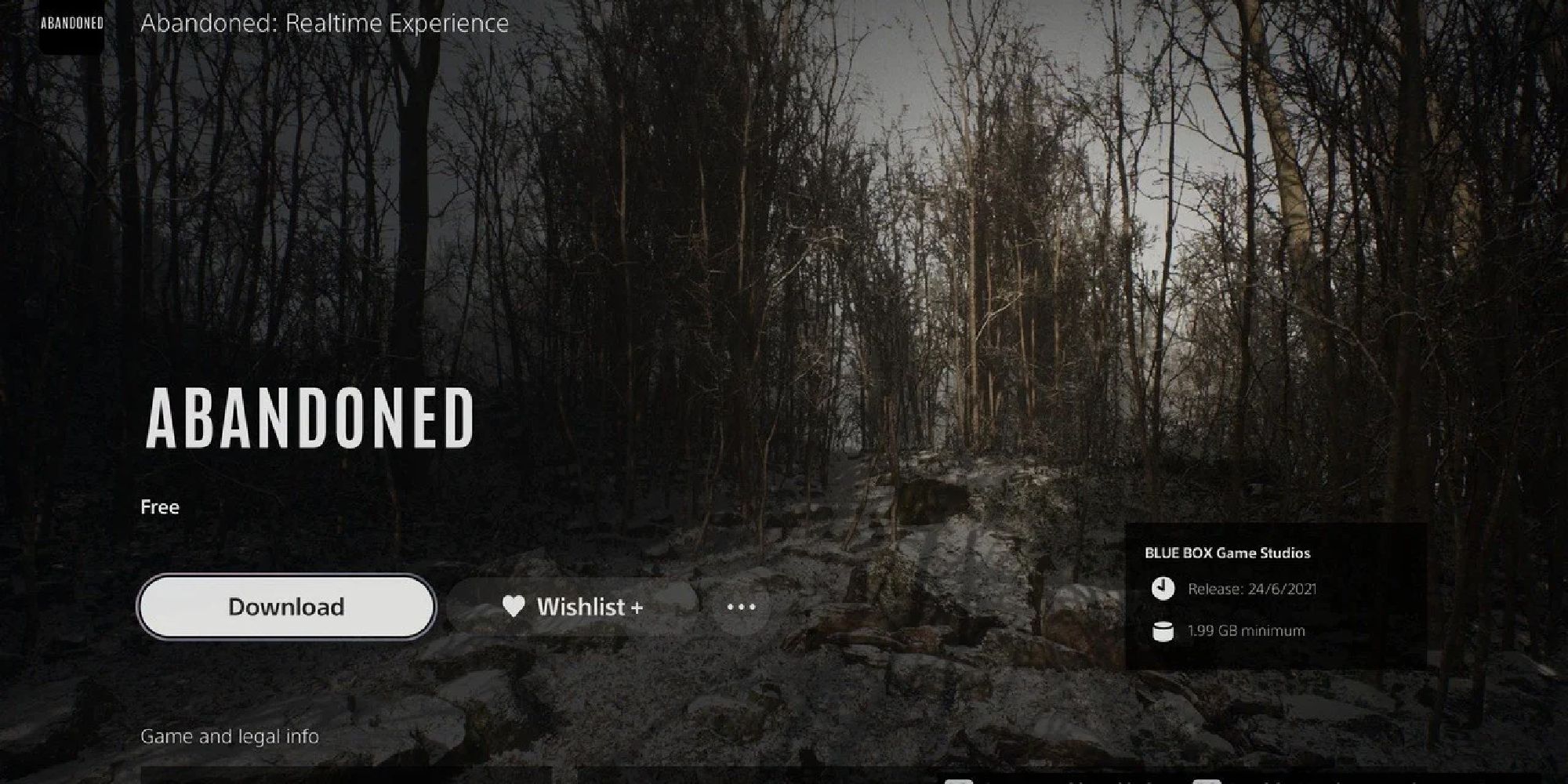 This apparent lack of progress can also be seen in how little Kahraman's "inner circle" has seen of the game. According to the report, a group chat comprised of select members of Abandoned Discord servers have only seen screenshots, animations, and a single page of the script. Fans who asked questions about the game's progress would reportedly be kicked from the group. On top of this, Kahraman is said to consistently meet deadlines to reveal more content, including missing three opportunities to show Abandoned off last summer, even at Gamescom.

As for what Kahraman wants from Abandoned, many feel that it is derivative of Kojima's work, further leaning into the conspiracy theory that put him on the map. For example, a new plot point would see the game centre around a fourth-wall-breaking AI. A leaked piece of audio also featured some poorly translated Japanese, which the sources cite as evidence of Kahraman's Kojima inspirations. However, the fans don't know what this will actually look like. As per the report, they still haven't had a good look at the game, and have only seen "in-game walls and nothing more". Of course, this prologue was promised to be available to the public early 2022, but that has also come and gone.

On top of all that was revealed about the state of the game, many in the report also accuse Kahraman of toxic behaviour. Head over to our separate report that gives an overview of everything the sources allege about Kahraman's actions in the private group chat.