Mixed in with the insanity of Borderlands 3’s Psycho Krieg and the Fantastic Fustercluck DLC are new Crew Challenges. The first set you will find is in the Castle Crimson area, which sends you on a little scavenger hunt. If you need help finding these hidden objectives in the twisted mind of Krieg, this guide will help make sense of the matter.

Crew Challenges are back for the Psycho Krieg and the Fantastic Fustercluck, Borderlands 3’s final DLC. Once you have entered the DLC, the first area in which you will encounter these new Crew Challenges is in the Castle Crimson zone. You will have three challenges to complete here, all of which are to track down a hidden probe producing signals. These probes are fairly hard to find, especially in such a bizarre environment as Krieg’s mind. Thankfully you have our guide to help you find them all with ease.

How To Complete The Castle Crimson Crew Challenges

The three probes you are looking for are distributed all across the Castle Crimson area, but we will start from the bottom where you first enter the zone so you can collect them all as you progress through the level. 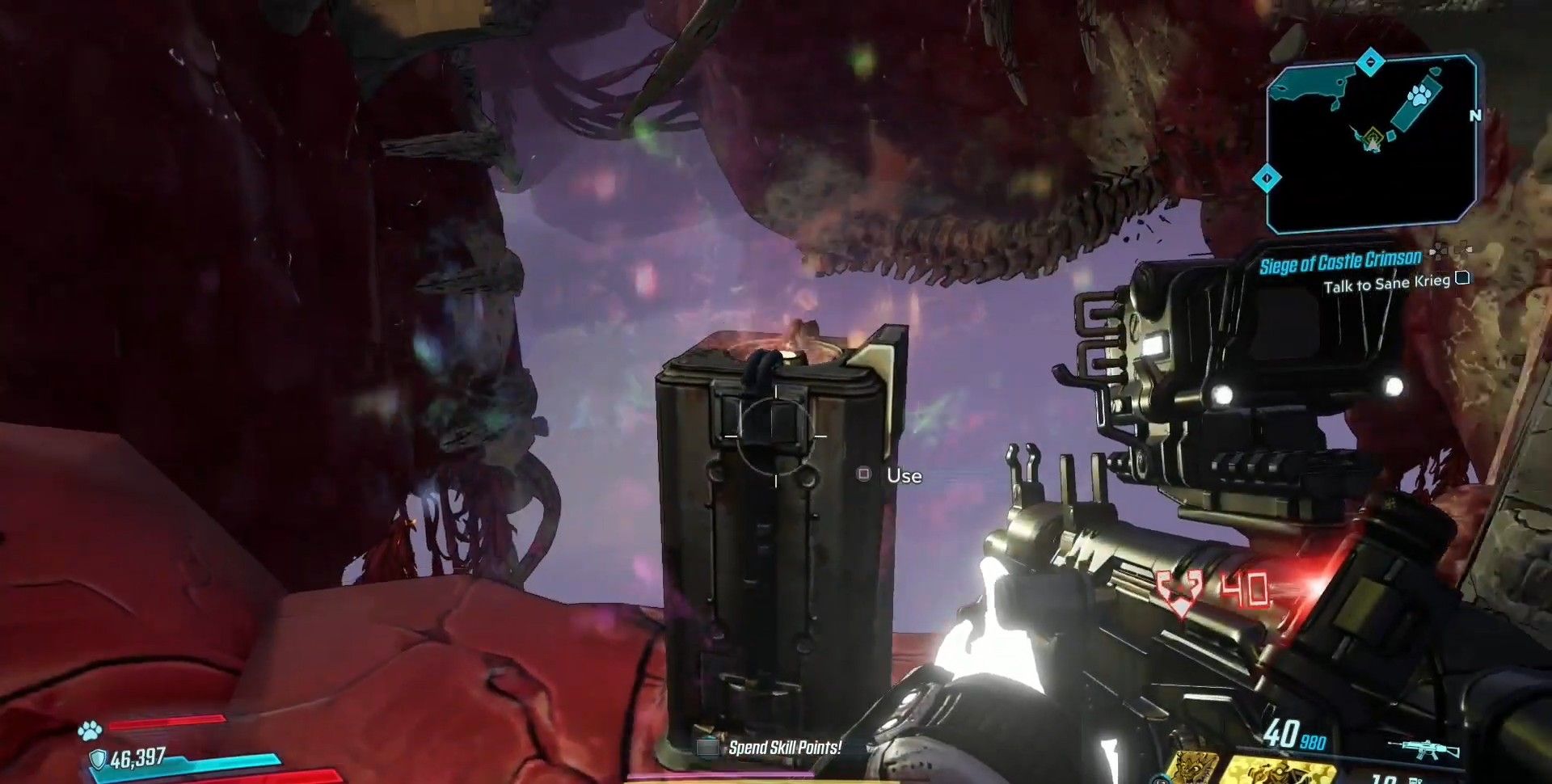 From the zone’s entrance, follow the linear path forward until you come to the first glowing launch pad. Step on it to be shot forward across a gap and under a giant spinal column. Stop here and take a hard right. You will see several floating platforms you can jump across to a small alcove with a chest and the first probe. Activate it to send out several rainbow orbs into the air you need to shoot down while Krieg rambles in your ear to complete the first challenge. 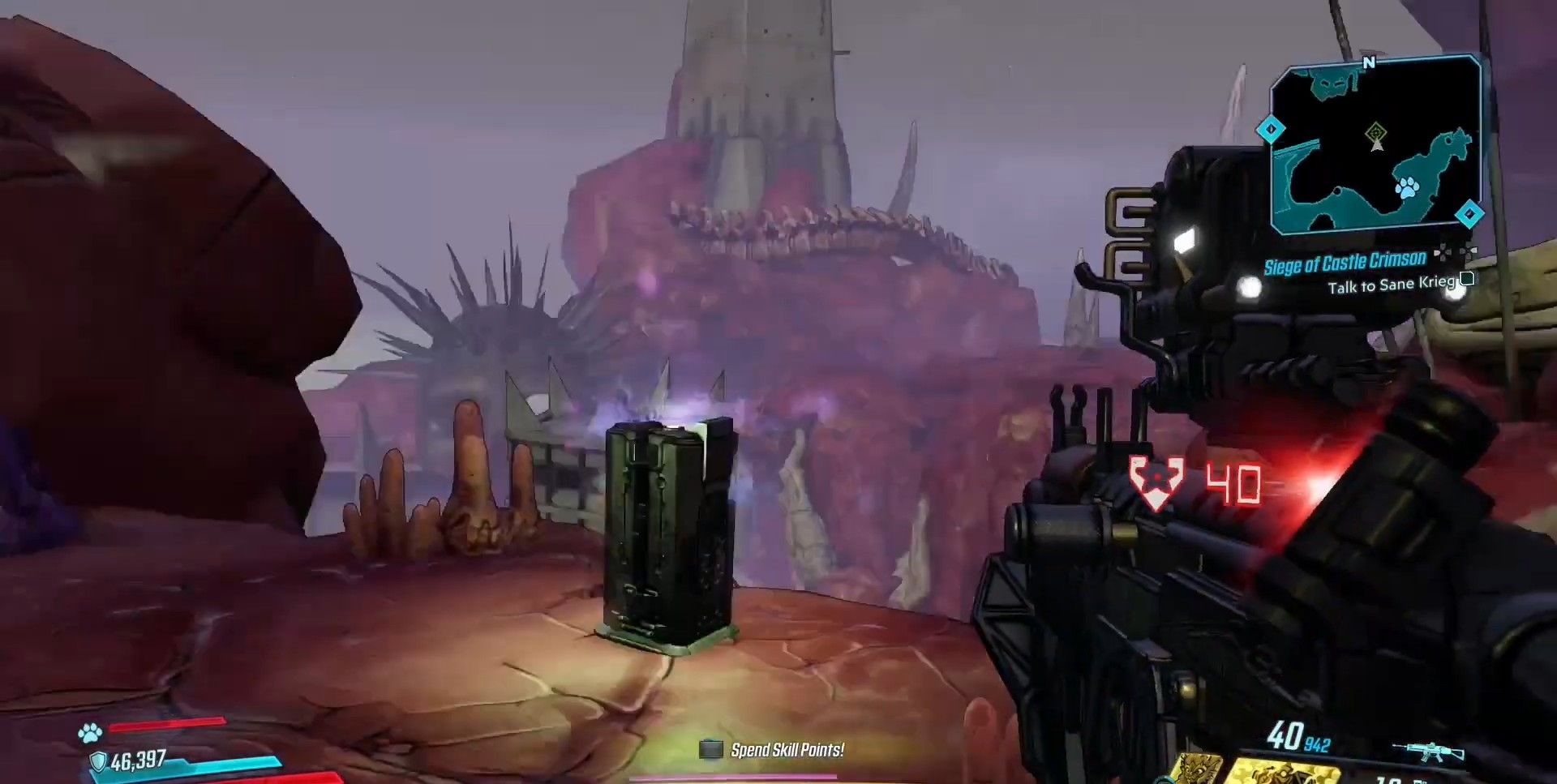 Continue forward and follow the main story quests until you have the objective of destroying the castle doors with the catapults. Instead, take the pathway up to where the second catapult is, which you will know when you get a new mission to kill Skags for drops, and head through the broken wall. Follow the left wall until it branches off before the bridge and jump the gap to climb up to the next probe. Once again you’ll need to activate it and blast all the rainbow orbs out of the sky to complete the second challenge. 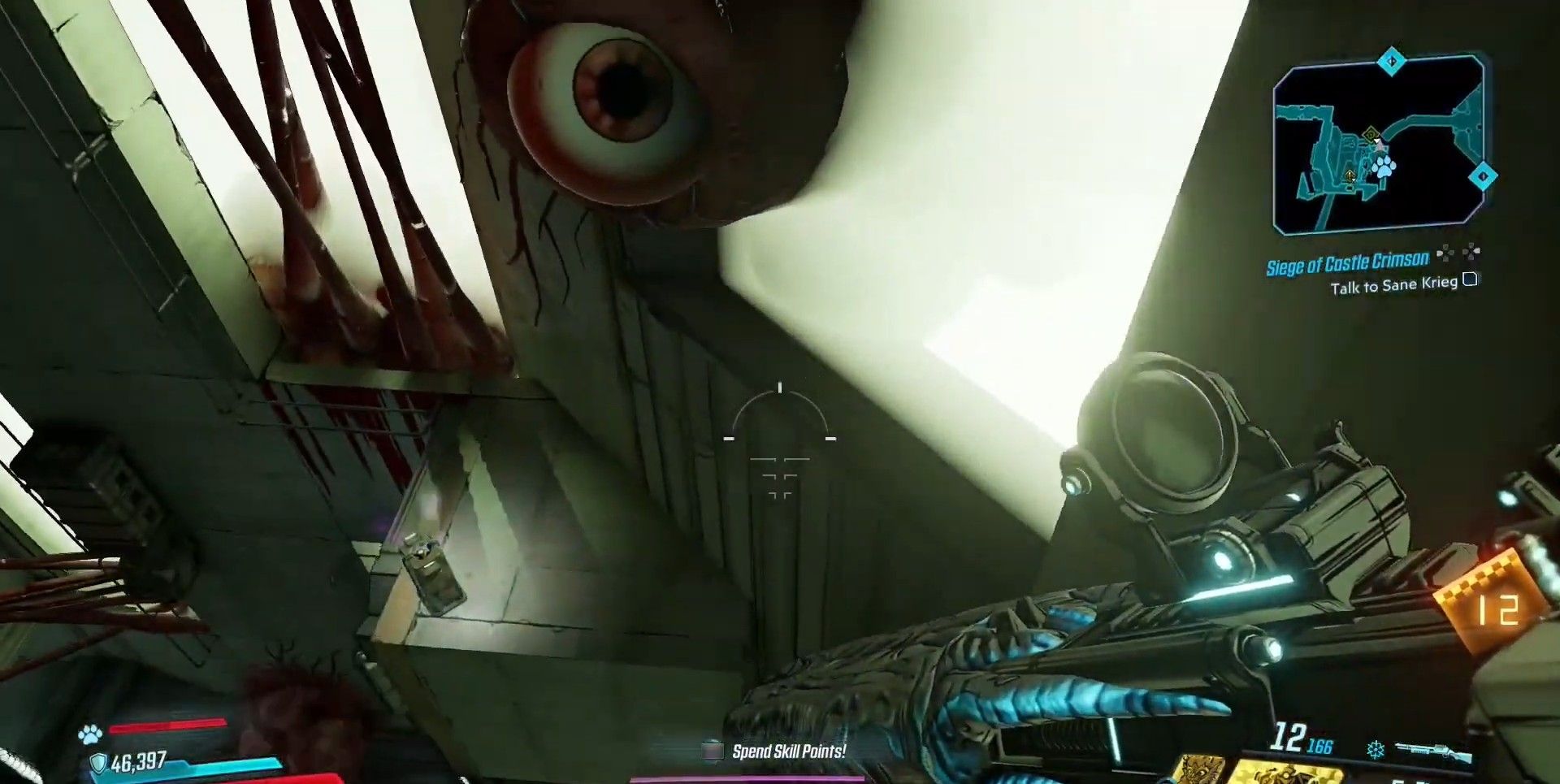 Your last probe can’t be reached until you make it inside Castle Crimson itself. Just follow along with the main story missions until you make it inside. As you explore the castle you will come to a large stairwell type room that looks like it came out of an M.C. Escher drawing. Take the stairs up as high as they go and look across the gap to see the final probe out in the open, but don’t jump for it from there. The safest way is to climb up the boxes behind you from where you first see the probe, clamber up the wall, and follow the path all the way around to the left. You’ll come to a much easier jump down to the probe’s platform.

Activate this last probe, shoot the orbs, and finish off this final Crew Mission in Castle Crimson. This isn’t the last set of Crew Missions in the DLC, though, so look out for the next set in Sapphire’s Run.

Related posts:
09/12/2020 News Comments Off on Borderlands 3: Castle Crimson Crew Challenges Guide
Hot News
Pokemon Sword And Shield Shiny Clefable Event Ends Today [Last Chance]
Super Mario 3D All-Stars Players Have Found Something Strange in Super Mario Sunshine
Los Angeles Guerrillas to reportedly sign MentaL as a CDL substitute
See How Xbox Series X/S Look In Your Living Room With Official Paper Versions
Dark horse teams to watch at Worlds 2020
Recent Posts
This website uses cookies to improve your user experience and to provide you with advertisements that are relevant to your interests. By continuing to browse the site you are agreeing to our use of cookies.Ok