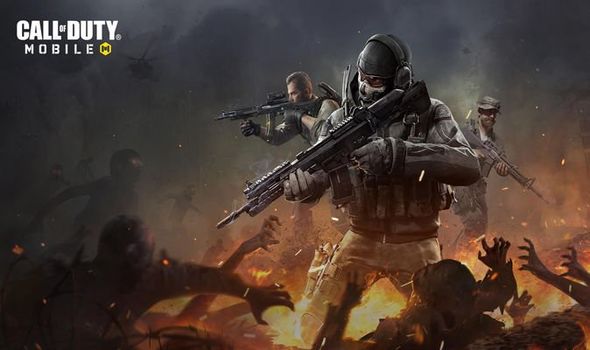 In a new update this week, the Call of Duty Mobile development team confirmed that they will be pulling the popular COD Zombies mode from the game. While a little surprising to hear at this point, Activision has always been clear that COD Mobile’s Zombies mode was always a limited-time affair. That it has been available for so long is a testament to its popularity with Call of Duty fans.

We now know that Call of Duty Mobile Season 4 will be the last time you can play it, at least for a while.

There’s no reason why it can’t be brought back in the future, perhaps with new maps and content to explore.

But for now, all we know is that Call of Duty Mobile’s Zombie mode will be disappearing on March 25, 2020.

So if you’re a COD Zombies fan who is currently playing Call of Duty Modern Warfare, the pulling of the Mobile experience could be seen as very disappointing.

A message from the Call of Duty Mobile team explains: “One of the most frequently asked questions to these updates is “what about ZOMBIES Mode?”

“Today, after extensive evaluation we are sharing that ZOMBIES Mode is being removed on March 25th.

“We had always mentioned it was limited but with no explicit end-date. We wanted to see the reception, see the feedback, and see how we can potentially shape the mode for the future.

“However, the mode just didn’t reach the level of quality that we desire. The second map, Nacht Der Untoten, is also not releasing in the global version.

“We may bring the mode back, with Nacht Der Untoten, once we can make sure it is high enough quality, but for now we’ll focus on development for Multiplayer, Battle Royale, and Ranked Mode.

Call of Duty Mobile has many of the same modes found in mainline COD games found on PS4, Xbox One and PC.

But what made COD Zombies on mobile stand out a little more in 2020 is the fact Modern Warfare doesn’t have one.

So unless you dipped back into Black Ops 4, Call of Duty Mobile was a good way of experiencing COD Zombies without extra charge.

However, it looks like that will be changing soon following recent reports indicating that one is being developed for 2020.

Call of Duty Warzone will reportedly launch later this month and include a larger map with up to 200 players participating in battles within a gradually shrinking playzone.

There are also rumours that Call of Duty Warzone will be available to play for free, regardless of if you own Modern Warfare.

Players from both versions will be able to play against each other, and there could even be a crossover when it comes to the Season 2 Battle Pass.

There have been a few clues shared by developers Infinity Ward that suggest something could be announced on this week.

This includes two in-game Easter eggs, one being a movie poster, another a faded map, both sharing the March 3 dating.

Other reports suggest that the new Call of Duty Warzone Battle Royale mode will not be playable until later in March.