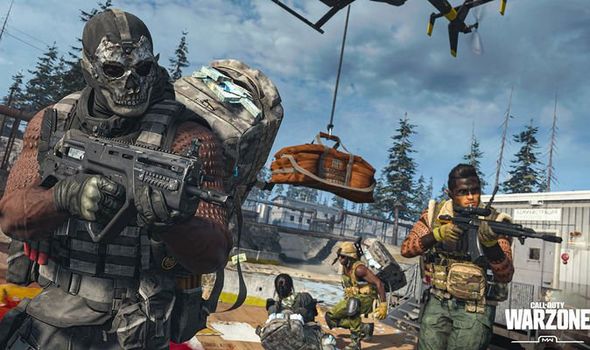 Call of Duty Modern Warfare update 1.17 has been released today, bringing with it the new Warzone Battle Royale mode to PS4, Xbox One and PCs.

Those that already own Call of Duty Modern Warfare are getting around four hours worth of early access to the Warzone Battle Royale mode.

The new COD BR mode is included in the Call of Duty Modern Warfare update 1.17 which weighs in at up to 22GB.

They tweeted: “Welcome to #Warzone. #ModernWarfare owners: your download is rolling out!”

Official patch notes for Call of Duty Modern Warfare update 1.17 are yet to be released.

But yesterday after confirming the Warzone release date Activision outlined what fans can expect from the upcoming new mode in a post online.

At launch, players can squad up in trios with their friends on Playstation® 4, Battle.net for PC, or Xbox One across two game modes: Battle Royale and Plunder.

In Battle Royale, fight to be the last squad standing while escaping the deadly gas in the swiftly closing circle with up to 150 players.

In Plunder, the race is on to collect the most in-match Cash by looting across the map, taking down enemies to steal their Cash, and completing in-match Contracts.

Warzone takes place in Verdansk, an expansive city with multiple named zones and well over 300 points of interest.

Each zone features distinct landmarks like the Gorengard Lumber Yard or the Gora Dam; the zones take place across different environment types like cities and rural areas for unique engagements.

Change up your drop location in each match to get a better lay of the land and take advantage of what Verdansk has to offer. 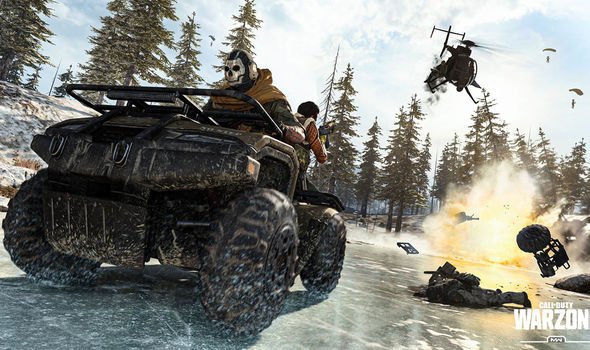 The Mechanics of the Warzone

Warzone features some unique mechanics that keep each match interesting and give you plenty of strategies to try for a new experience every time you drop in.

The Gulag (only in Battle Royale)

Upon your first elimination, you will be taken as a “Prisoner of Warzone” and thrown into the Gulag.

There you will await your fate and watch other prisoners fight to the death. When your turn is up, you’ll enter the Gulag and face-off against a single opponent in a 1v1 to earn the ultimate reward – redeployment.

Win in the Gulag and earn redeployment back into Verdansk. Lose and hope that your squad completes Contracts and earns enough in-match Cash to redploy you.

In Battle Royale where collecting in-match Cash isn’t the objective, Cash can be used to procur beneficial items at Buy Stations. Denoted on the Tac-Map with a shopping cart icon, head to a Buy Station to spend your in-match Cash. For varying prices, you can purchase Killstreaks, Redeploy Tokens to bring back fallen teammates, Self-Revive Kits, and more.

In Plunder, Buy Stations hold all of these items to help you gain an advantage over other teams, plus a unique game mode item – the Cash Deposit Balloon.

Want to securely deposit your in-match Cash, away from the threat of enemy teams trying to kill and steal? Get a Cash Deposit Ballon, a portable Field Upgrade, that allows you to deposit Cash, from anywhere.