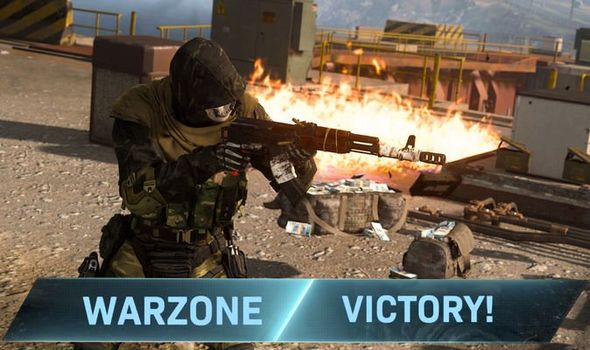 Call of Duty Warzone is finally available to download on PS4, Xbox One and PC.

The free download features a squad-based Battle Royale mode and a Plunder mode where the aim is to collect the most cash.

“In Plunder, a respawn mode, players race to collect the most Cash which can be found across the map or gained by eliminating opponents or completing contracts, objective based tasks that reward Cash and other loot.

“Plunder relies on exploring the map to find Cash and other useful items, like Killstreaks, strategising to complete contracts, and being ready to take down or defend against other opponents.”

To celebrate the release of Warzone, we’ve asked YouTube gaming superstar and Call of Duty legend Syndicate for his top tips to boss it in Battle Royale.

Syndicate is one of the most popular Call of Duty players in the world, with nearly 10 million subscribers on YouTube.

Syndicate (@ProSyndicate on Twitter) was one of the first people in the world to get hands on with Call of Duty Warzone at Infinity Ward’s studio a few weeks ago where he even managed to win his very first game.

Before you jump into Battle Royale you’ll be able to create your own weapon loadouts. If you’ve played Modern Warfare before, you could replicate one of your favourite multiplayer loadouts, choosing the same weapon and perks you’re familiar with using online – In order to get your loadout you must first retrieve it from a loadout supply crate.

Loadout crates are dropped around the Warzone map throughout the game. If you manage to find one you’ll be able to pick a loadout and instantly be rewarded with the weapon and perks you wanted, but there’s a catch… you won’t be the only players wanting to do this. These drops can quickly turn into a hotspot for enemies who are also wanting to buff up their firepower. So before you go running in to collect a loadout you might want to scout out the nearby area or use them as a trap to lure in unsuspecting opponents. Either way, just make sure you’re prepared to fight for it.

2. PREPARE FOR THE GULAG

You might be down but you certainly won’t be out. If you find yourself on the losing side of a fight, fear not as you’ll have a second chance to get back into the action as you enter The Gulag. The Gulag puts you in a 1-vs-1 situation where you must take out your opponent. You’ll both have the same weapon and utility, so it will be a test of pure skill.

The winner will be dropped back into the game to re-join their team, while the loser is eliminated and forced to spectate. You only get one shot at The Gulag, so if you are fortunate enough to re-join your team, just keep this in mind. The Gulag will remain open for the early stages of each game but as you get into the later stages it will eventually close and you won’t have the opportunity to battle for the chance to return. If you and your trio find yourselves out of Gulag opportunities, just remember that you can purchase a “Squad Buyback” from one of the Buy Stations as your third and final chance…

Buy Stations are dotted around and labelled on the Warzone map. These stations are vital in picking up supplies that can help you secure the victory. You can purchase a range of supplies including killstreaks, armour bundles, gas masks and more. You can even use a Buy Station to return fallen teammates. If the Gulag 1 vs 1 has been unsuccessful your team can purchase a “Squad Buyback” to bring a member of your team back into the action.

One of my favourite items to buy and one I’d highly recommend is the self revive kit, this can get you out of a sticky situation if you find yourself knocked down by an enemy and you need to quickly get yourself back up before they come to finish the job.

Each item from the Buy Station has a cost, so you must collect Plunder (money) in order to purchase what you need.

As you would have gathered from the above, you’ll need Plunder to help gain an upper hand. Plunder can be collected by searching loot stashes, finding it around the map, eliminating enemies and completing contracts. You’ll want to make sure you collect some Plunder during the game and get yourself prepared for the later stages.

There are a variety of contracts available in Warzone’s Battle Royale mode that offer a Plunder reward. These include scavenger tasks, recon missions and more. If a member of your squad collects one of these contracts you’ll have a short amount of time to try and complete it. Upon doing so, you’ll be rewarded with some cold, hard Plunder.

There are ‘Hunter’ contracts available within Warzone which will give you a specific player to try and eliminate, but be warned… You could also become the target for another team and quickly have the attention drawn to you.

Finally, with everything I’ve said above there is one thing you and your team need to do and that’s communicate. You’ll need team-work to make the dream work. Whether that’s marking weapons on the ground for your team to use, or deciding on a drop location at the start of a game. Warzone includes a ping system that allows you to mark a range of different points for your team. For example, if you spot an enemy player you can mark their location. As long as you keep direct visibility of the player, they’ll remain marked.

Even if you don’t have a microphone to speak to your team mates with, you’ll still be able to communicate using the ping feature and various in-game commands such as requesting ammo or Plunder if you’re running low. As long as you’re keeping a method of communication with your team, you’ll stand a better chance of being the last squad standing.