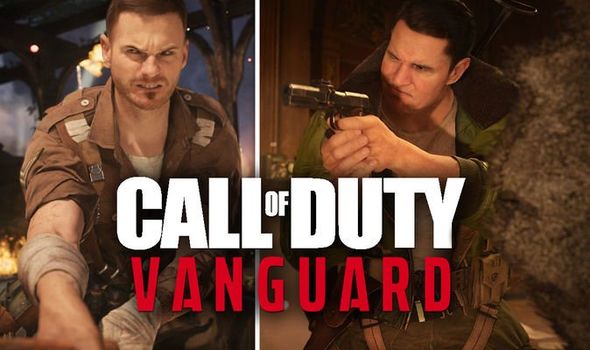 The first Call of Duty Vanguard multiplayer beta weekend is about to begin, exclusively on PlayStation.

Coming to PS5 and PS4 this weekend, the first Call of Duty Vanguard beta is only available to pre-order customers.

This means that you’ll need to pre-purchase the game from either the PlayStation Store or at retail.

Call of Duty Vanguard costs £69.99 on PSN, although you can grab the PS4 version for less by purchasing a boxed copy at retail.

Fortunately, however, the beta doesn’t require a PlayStation Plus subscription to access, unless you live in Germany.

If you’re interested in playing the Vanguard beta, you can jump into the action at 6pm BST on September 10.

To make sure you don’t miss a second of the action, you can pre-load the beta now – provided you’ve pre-ordered.

The beta weighs in at around 9GB, although there’s a chance fans will need to download another update during the weekend.

“In Call of Duty: Vanguard’s gripping Campaign, PlayStation players will witness the birth of Special Forces,” reads the official description.

“In Multiplayer, you are the Special Forces. Prepare for tactical combat with a focus on a global cast of Operators, all deeply integrated for a new era of Multiplayer.

“We’re excited to give you a view of the massive offering that Call of Duty: Vanguard is bringing to Multiplayer on November 5. You won’t want to miss it, and fortunately PlayStation players won’t have to wait long to squad up and dive in.”

In terms of content, the Call of Duty Vanguard beta will spotlight the new Champion Hill tournament mode.

Champion Hill made its debut during the recent Alpha test. It’s described as a multi-arena survival tournament, “where tactics and strategy combine with quick-action, close-quarter gunplay”.

And don’t worry if you haven’t pre-ordered Call of Duty Vanguard, because you can play the open beta from September 16.

This beta is available to all players, even without a Call of Duty Vanguard pre-order.

Reach level 20 during the multiplayer Vanguard beta and you’ll receive a bonus Weapon Blueprint for the full game in November.