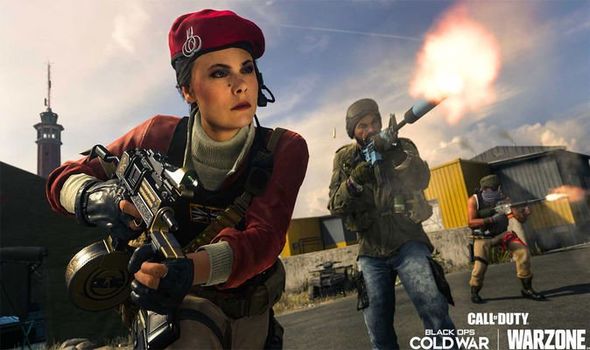 If you haven’t been playing Black Ops Cold War over the previous month, you may have been surprised to find so many new guns hitting Call of Duty Warzone in December.

The meta has been all over the place, and there have been plenty of reports coming in of over-powered weapons.

The most popular new gun in Warzone is the Mac 10, which appears to have cemented its place among the top tier.

That doesn’t mean that Shotguns have been demoted in any way, but the deluge in new weapon choices has certainly changed things.

The good news is that the Mac 10 is relatively easy to unlock, meaning it’s hard to be left behind even if you don’t own Black Ops Cold War.

The Mac 10 unlocks when you reach Tier 15 in the Black Ops Cold War Season 1 Battle Pass.

It’s a free tier, meaning everyone gets access to it, regardless if you own all the add-ons on PS4, Xbox One, PC or next-gen consoles.

Unlocking all the different bits and bobs to make the perfect Mac 10 loadout takes longer, and is probably a little easier to achieve if you own Black Ops Cold War.

But with the Mac 10 appearing as ground loot across Verdansk and Rebirth Island, it should take too long to get a working Mac 10 loadout.

If you do own Black Ops Cold War, playing Gunfight Mode, if available, makes for a good way to score extra XP.

For those that don’t know it, Gunfight features two teams of two players, or duos, in a round-based deathmatch.

Within a 40-second time limit, duos must reduce the other team’s health to zero in order to win a round. Unlike a traditional Multiplayer game, health does not regenerate during a round of Gunfight, making it even more of an important resource to manage within an engagement.

If time runs out within a round and neither duo is eliminated, then an Overtime Flag spawns with a 10-second time limit. The first team to capture the flag – which takes three seconds – or take down the other team during this Overtime period wins the round.

If neither team wins during Overtime, the team with the highest total health will take the round. On the incredibly unlikely chance that both team’s health pools are identical, the round ends in a draw with both teams earning a “round victory” for the sake of scoring.

But the Mac 10 isn’t the only overpowered gun in Warzone being identified by gamers this week.

While the Diamatti pistol may not seem like a big deal, being able to dual-wield gun helps to elevate its effectiveness.

Warzone has already seen a number of pistols dominate the game before being scaled back in firepower.

And it’s probably likely that the same thing will happen in the coming weeks as part of a new update.

It should be noted that you will need to unlock the perk to dual-wield your chosen pistols before this new weapons can be used effectively in firefights.

Related posts:
12/23/2020 News Comments Off on Call of Duty Warzone Mac 10 loadouts are all the rage but watch out for the Diamatti
Hot News
Skyrim Windhelm Guide: Merchants, Loot, Quests, And More
New Gameplay Today – Cyber Shadow
non prescription bactrim
Hitman Is The Perfect Game After A Long Day
plavix to treat pvd
Recent Posts
This website uses cookies to improve your user experience and to provide you with advertisements that are relevant to your interests. By continuing to browse the site you are agreeing to our use of cookies.Ok