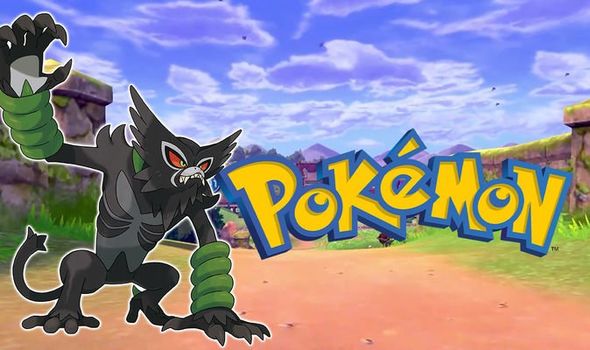 Nintendo Switch owners can celebrate Pokemon Day in style, as a new Mythic Pocket Monster comes to Sword and Shield.

The Sword and Shield Pokedex may be missing a few old favourites, but it is filling up following a controversial launch.

Indeed, to celebrate Pokemon Day on February 27, Sword and Shield developer Game Freak has added a new critter to the Nintendo Switch games.

According to Game Freak, the new Pocket Monster is a Dark-and-Grass-type Pokemon with vines growing from the back of its neck.

Game Freak explains more: “Zarude is a Dark- and Grass-type Pokemon that can grow vines from the back of its neck, its wrists, and the soles of its feet at will.

“The vines are strong and flexible and are useful for many different situations. They can be used to wrap around tree branches to move around and grab Berries from distant branches, and they even have healing properties.”

The brand new Mythical Pokemon lives in the dense forests of Galar, and is said to greet other creatures and trainers with immediate hostility.

“When fighting, Zarude swings around from tree branches, attacking relentlessly with its sharp claws,” the post continues.

“Its quick wit helps it excel in battles. Zarude is only available in Pokemon Sword and Pokemon Shield, and can’t be encountered in regular gameplay.”

Elsewhere, Game Freak has confirmed plans to add Dynamax Mewtwo to the game.

“It was also announced that from Wednesday, February 26, at 4pm PST until Sunday, March 1, at 3.59pm PST, Dynamax Mewtwo may appear in Max Raid Battles in Pokemon Sword and Pokemon Shield.

“While this Mewtwo is incredibly powerful and can’t be caught, Trainers will have a chance to receive rare items like Ability Capsules if they defeat Mewtwo.

“Unlike Mewtwo, Trainers will have a chance to catch these Pokemon if they manage to defeat them.”

The addition of the new Mythic Pokemon should keep fans busy until the release of the two expansion packs later this year.

It begins in June 2020 with Sword and Shield’s Isle of Armor DLC, followed by The Crown Tundra DLC in autumn.

Fans who pre-order the expansions will also receive download codes for some in-game uniforms based on Pikachu and Eevee.

“Fans will be able to receive the Pikachu and Eevee Uniforms in Pokemon Sword or Pokemon Shield by using codes that they will receive after they purchase the Expansion Pass,” Game Freak explains.