From the moment it was first revealed at E3 in 2021, it was clear that Stranger of Paradise: Final Fantasy Origins was a game that showed plenty of promise. A retelling of the first entry in the Final Fantasy series, the action RPG looked like it could help introduce that game's story and core concepts to a brand-new audience.

But even though the game had shown potential for greatness, something about that initial showing still felt off. It was apparent that the whole thing lacked the kind of polish you would expect from a title coming out in the wake of Final Fantasy 7 Remake. The hope back then was that some of its rough edges would get ironed out before its release. As we've come to find out though, that was not to be the case as the game had still launched with a number of issues. So with that in mind, here are the areas we'd like to see improved. 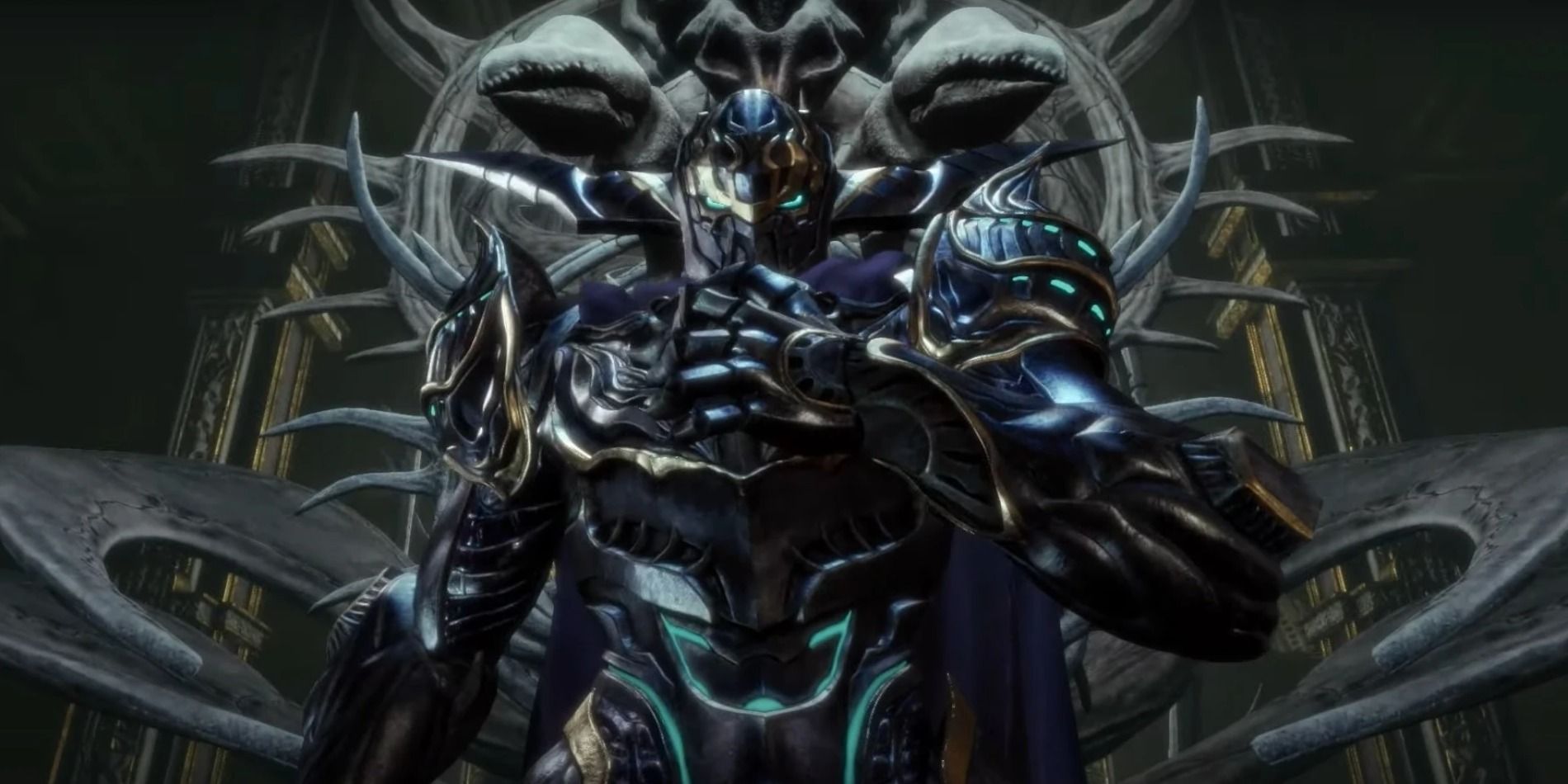 The story of the original Final Fantasy was fairly straightforward: you had four light warriors on a quest to purify their four elemental crystals by defeating the four elemental fiends responsible for corrupting them. Granted, it came out at a time when video games weren't exactly known for their complex or sprawling narratives, but it was still enough to set players off on an engrossing, fantasy-themed adventure.

For Stranger in Paradise though, Team Ninja has opted for a reimagining rather than a straight-up retelling. The problem here is how the story is cobbled together over the course of your playthrough, with core concepts going unexplained for long stretches of the game. This isn't helped by the quality of the writing itself, which manifests through some laughable dialogue and plenty of head-scratching character decisions and moments. This is an area that we hope gets addressed in any future Final Fantasy remakes and reimaginings of this style. 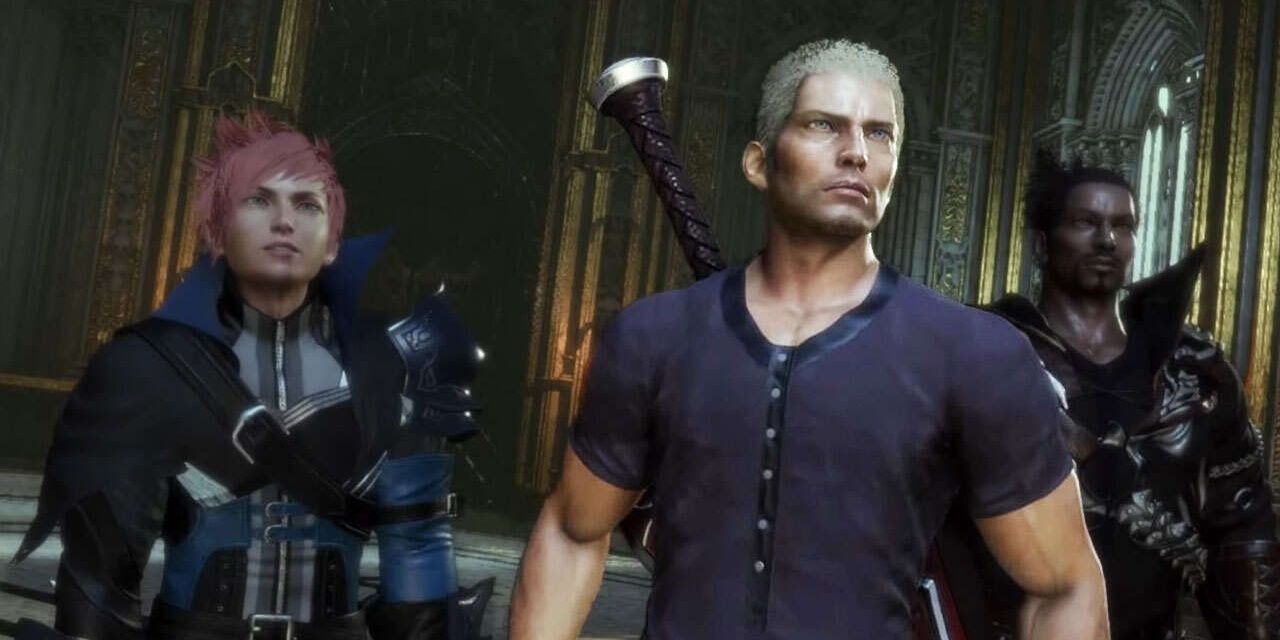 Speaking of characters, Stranger of Paradise has players controlling Jack Garland, an amnesic warrior with an unquenchable desire to bring an end to Chaos. And taking one look at everything from his design to his overall characterization, you would be forgiven for thinking he'd been ripped straight out of an old Devil May Cry game.

Unlike Dante and any of that series' other protagonists though, Jack has little in the way of personality or defining qualities that make him come across as anything but one note. To make matters worse, he is joined on his adventure by two other amnesic warriors (Ash and Jed) that are just as generic and forgettable. None of them have nearly as much depth as a Cloud Strife or any of the other heroes that have anchored past Final Fantasy games, and the player's investment in the ongoing proceedings of this one suffers as a result. 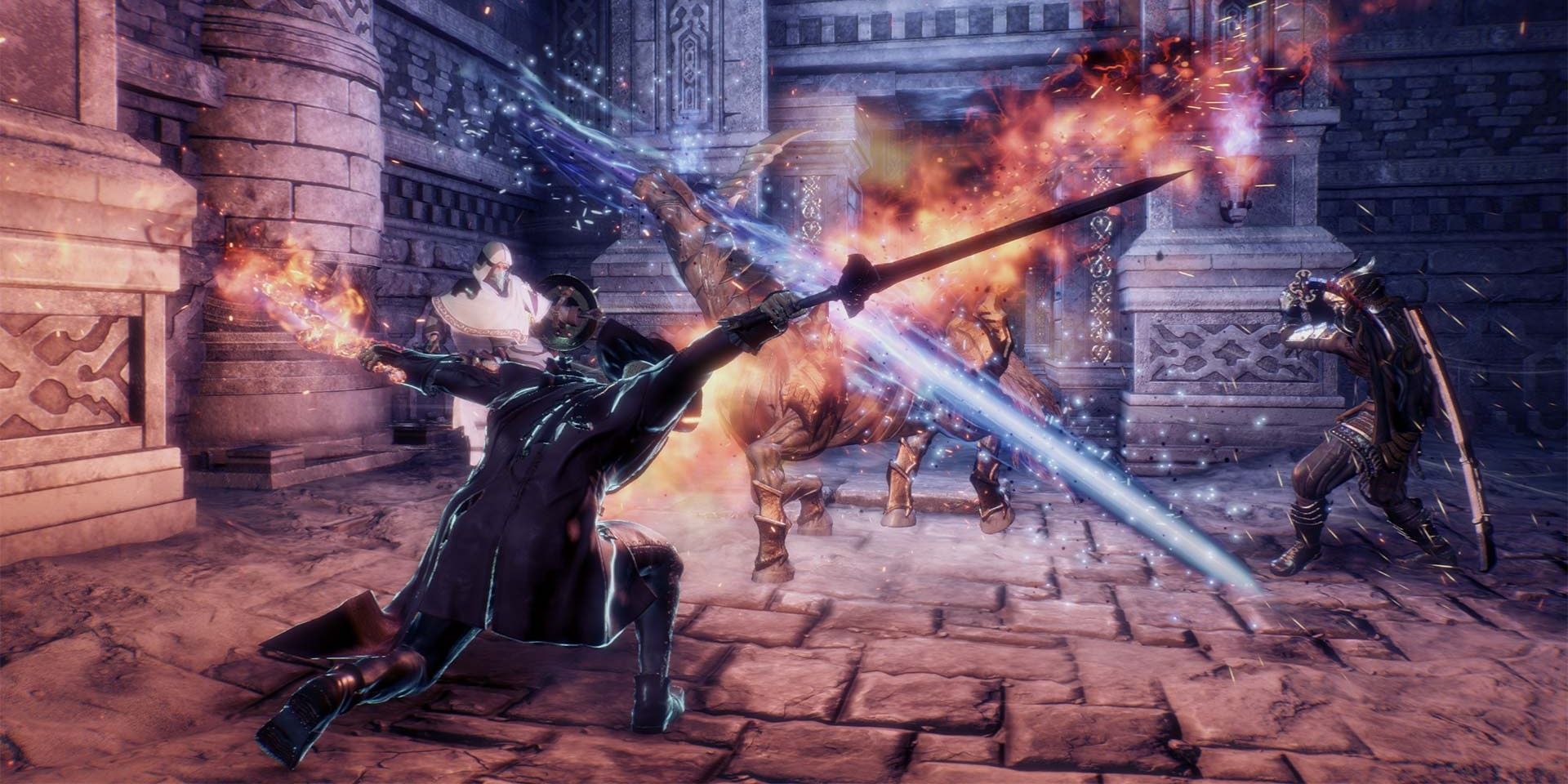 When the game was first shown at E3 2021, Stranger of Paradise: Final Fantasy Origins didn't appear to be trying to break any new ground on the technical front. The game has an almost throwback visual style reminiscent of JPRGs and action-adventure games from the PS3 and Xbox 360 era, with some rough-looking character models and an over-reliance on bloom effects to hide some of its jagged edges.

This is especially disappointing considering the technical marvel that Final Fantasy 7 Remake was, a reimagining that went above and beyond to make the game look like a next-gen title. We know that Team Ninja is capable of delivering better visuals, judging by their work on Nioh and the Ninja Gaiden games of old, so it seems a bit strange that this one should look this bland in comparison. Hopefully, this is another area that gets prioritized in future releases. 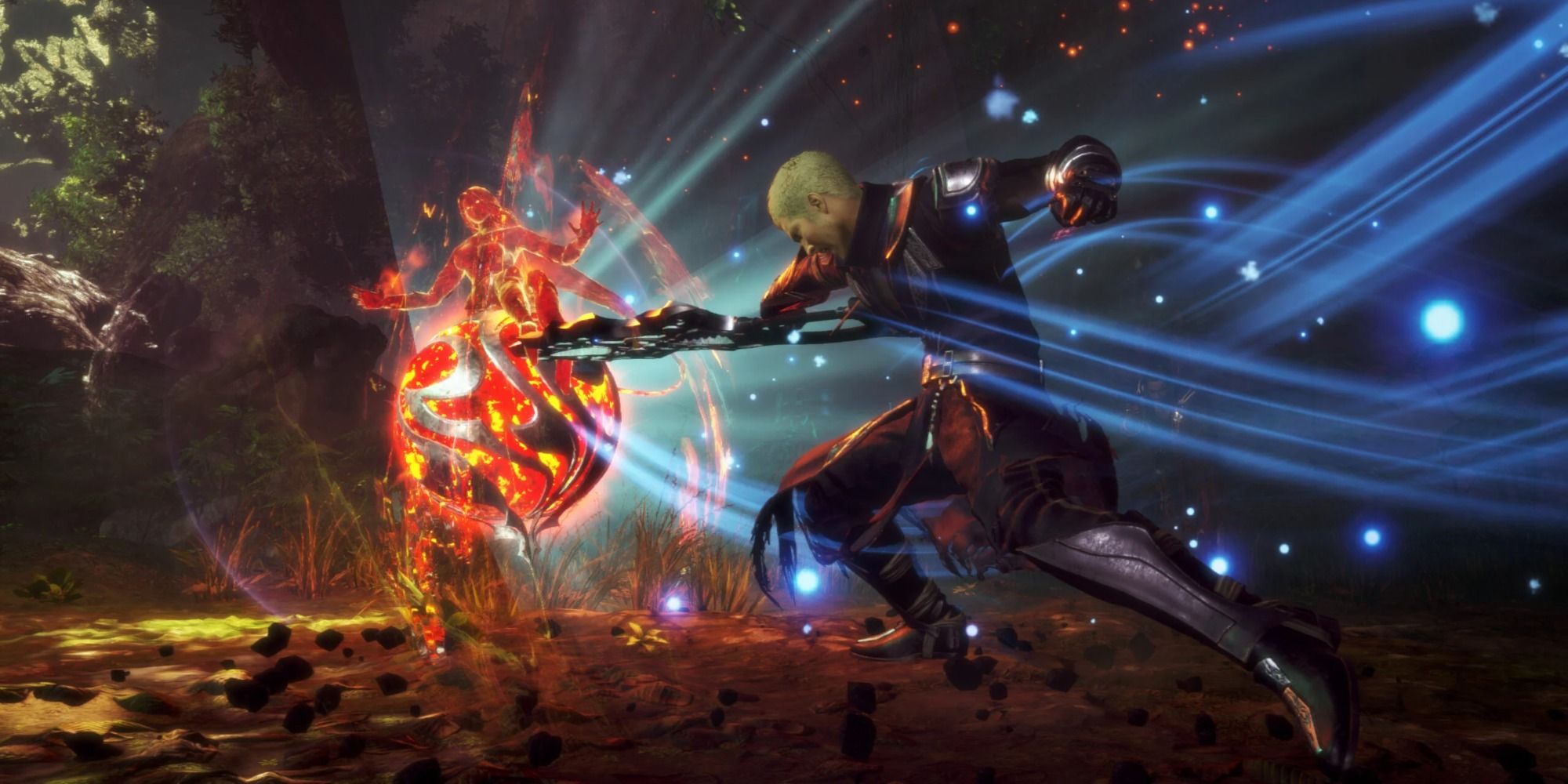 Final Fantasy games haven't always made the smoothest transitions to PC, with even the recent Final Fantasy 7 Remake PC port falling well short of expectations. But with Stranger of Paradise, there is an unprecedented level of jank that makes even that other release look polished by comparison.

This is not to say that the game ran particularly great on consoles, but rather to further illustrate how it fails to take advantage of the additional horsepower of far more capable PCs. Most of that is down to technical issues that range from inconsistent frame rates and a lack of PC-specific optimizations. The good news here is that this is stuff that can get ironed out in a patch or two, but going by how long it typically takes Square Enix to get their PC releases into working order, we're not exactly holding our breaths. 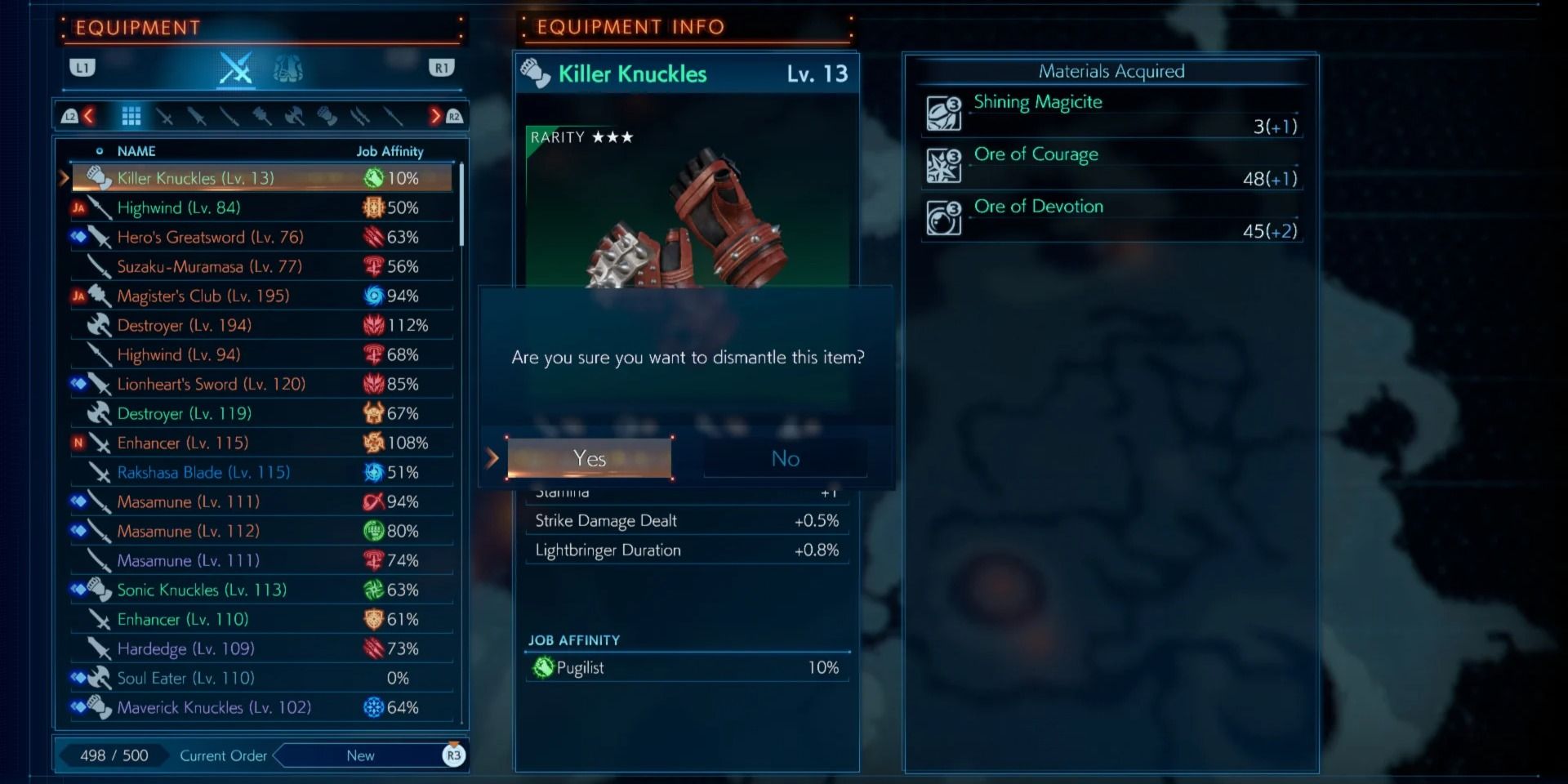 One of the things that make playing RPGs like Stranger of Paradise feel rewarding is the accumulation of better gear over the course of the game. This is why players of such games have developed a keen eye for spotting worthwhile loot, the kind that offers substantial buffs to your character's current stats and abilities.

That said, it shouldn't take anyone playing Stranger of Paradise very long to notice the overabundance of loot in the game. The game doles out new gear at every given opportunity, which you'd think should be a good thing, except most of that loot is of a throwaway nature since they often offer marginal improvements over your current loadout. The end result is that players end up with more gear than they could possibly need and an inventory that makes it harder than necessary to sort through all of it.