Chinatown Detective Agency's second tutorial case builds on the fundamentals taught in the first. In this mystery, you'll put your research skills to the test, returning various vintage postal stamps to their correct government museums. If you can tell each museum the city of origin, you'll receive a bonus from your client.

This case, Stamp Of Approval, also introduces one of three main clients of the game, Tiger Lily, a spitfire who owns a nearby health club in Geylang. This woman has various connections, including Lucas Yeo, who you'll assist directly in this postal quest.

Where To Return The First Stamp 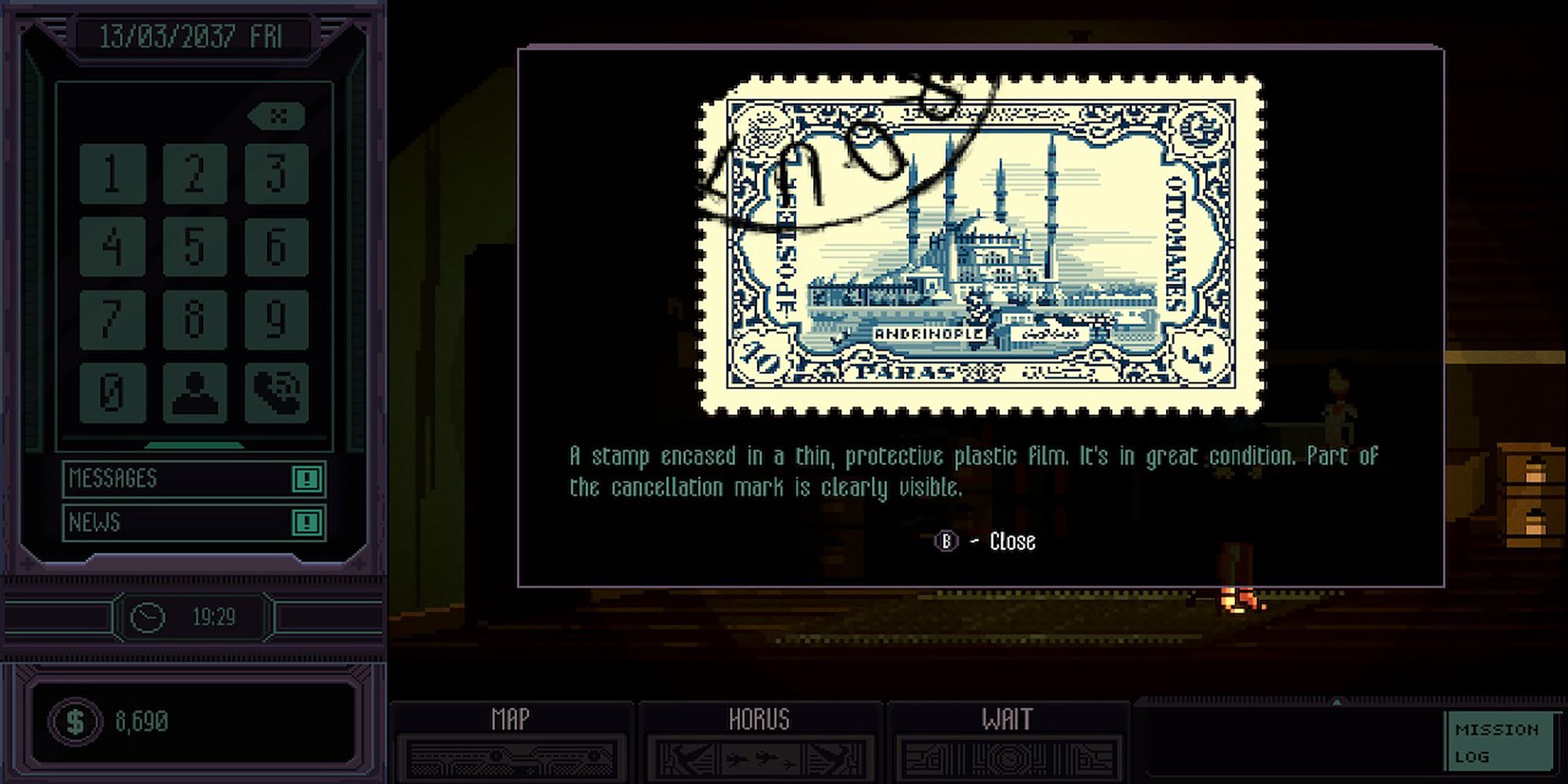 There are two main clues on the first stamp Tiger Lily gives you. First, there is the landmark name on the stamp, Andrinople. If you search this term, you'll discover that this stamp is a holdover from the Ottoman Empire. 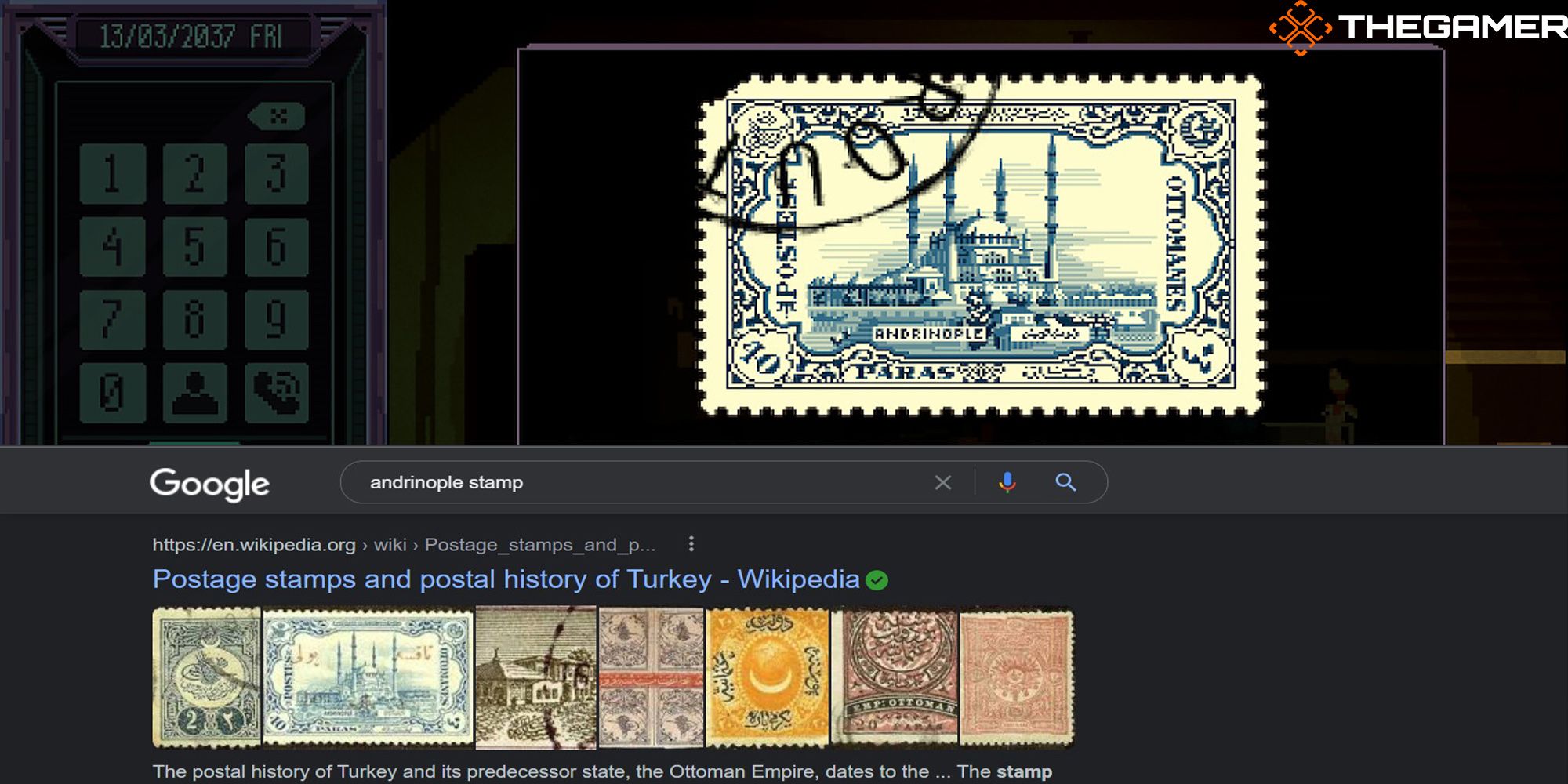 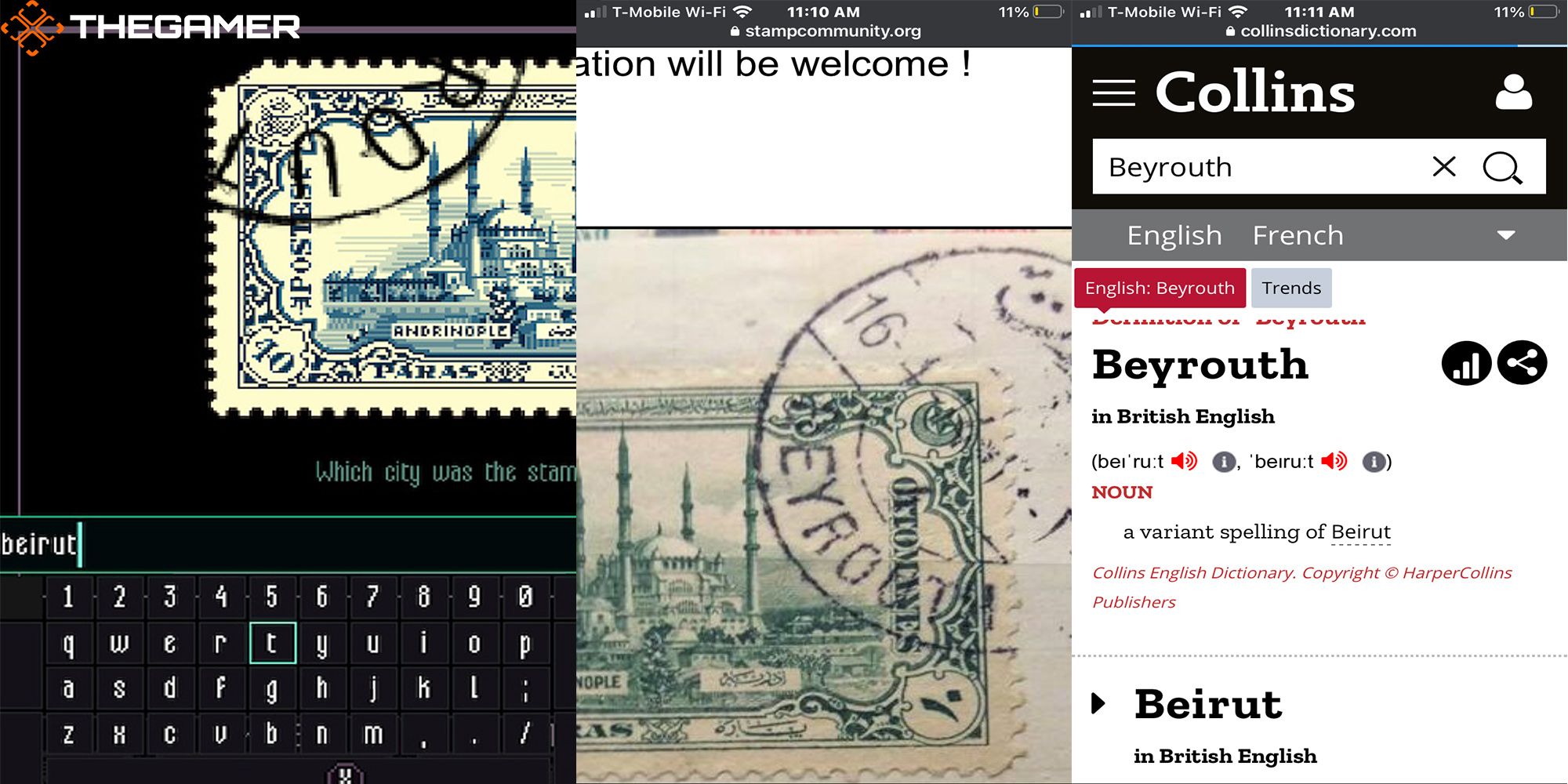 So now we know the stamp is an Ottoman Empire stamp originating from Beirut. However, while Beirut is closer to Jerusalem, you need to return the stamp to the Philatelic Society in Instanbul. When we scheduled our first flight, we made this mistake and want to spare you the trouble. 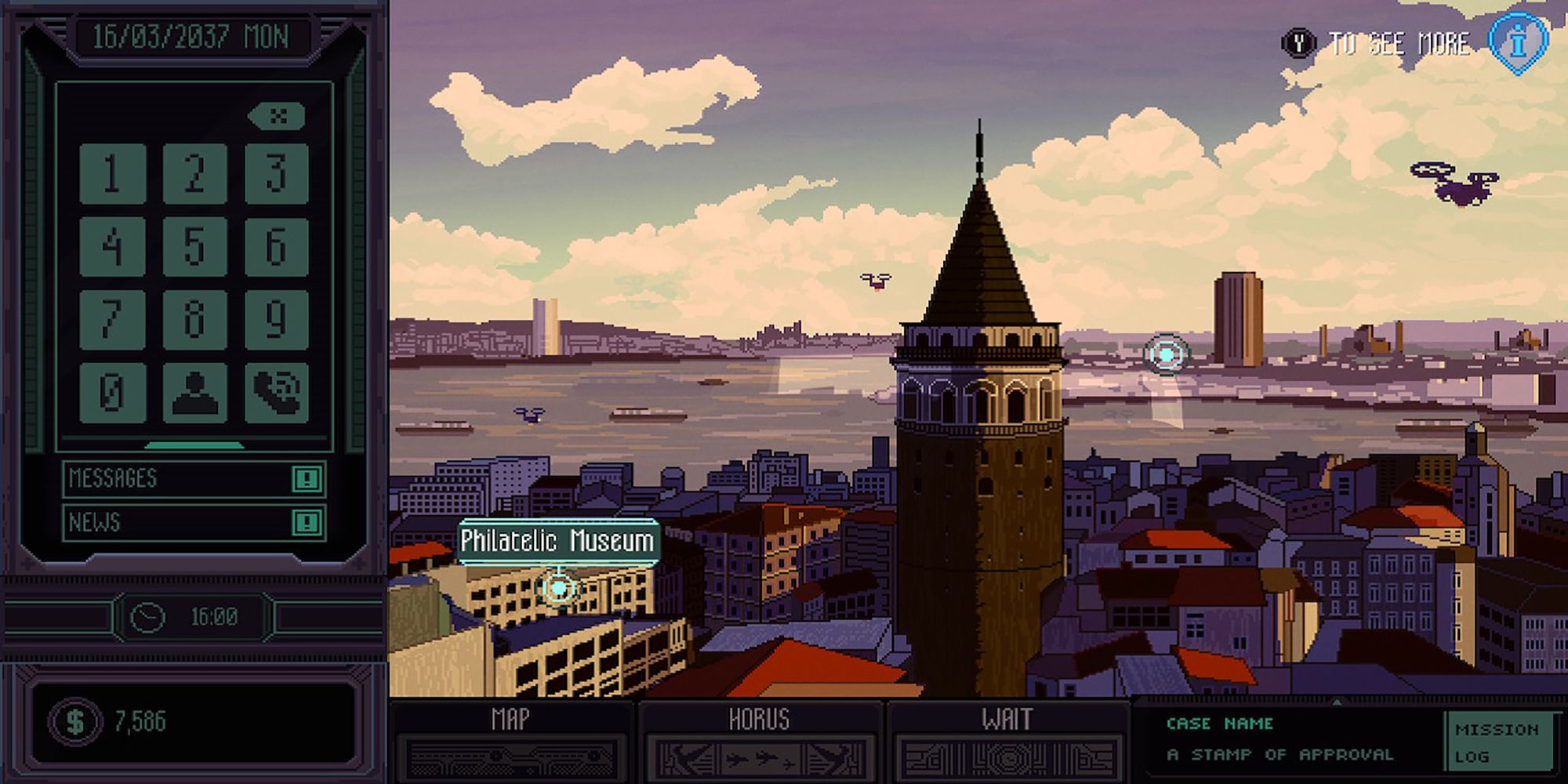 Furthermore, considering this is an Ottoman Empire stamp, it makes sense to return it to the capital of the Ottoman Empire, which is Instanbul.

After returning the stamp, the Philatelic Society head will ask the name of the origin city, which is when you'll input "Beirut" in the answer field.

Once you finish this task, return to your office in Singapore. Then, check your desktop computer and open the email sent from the Philatelic Society confirming receipt of the stamp. 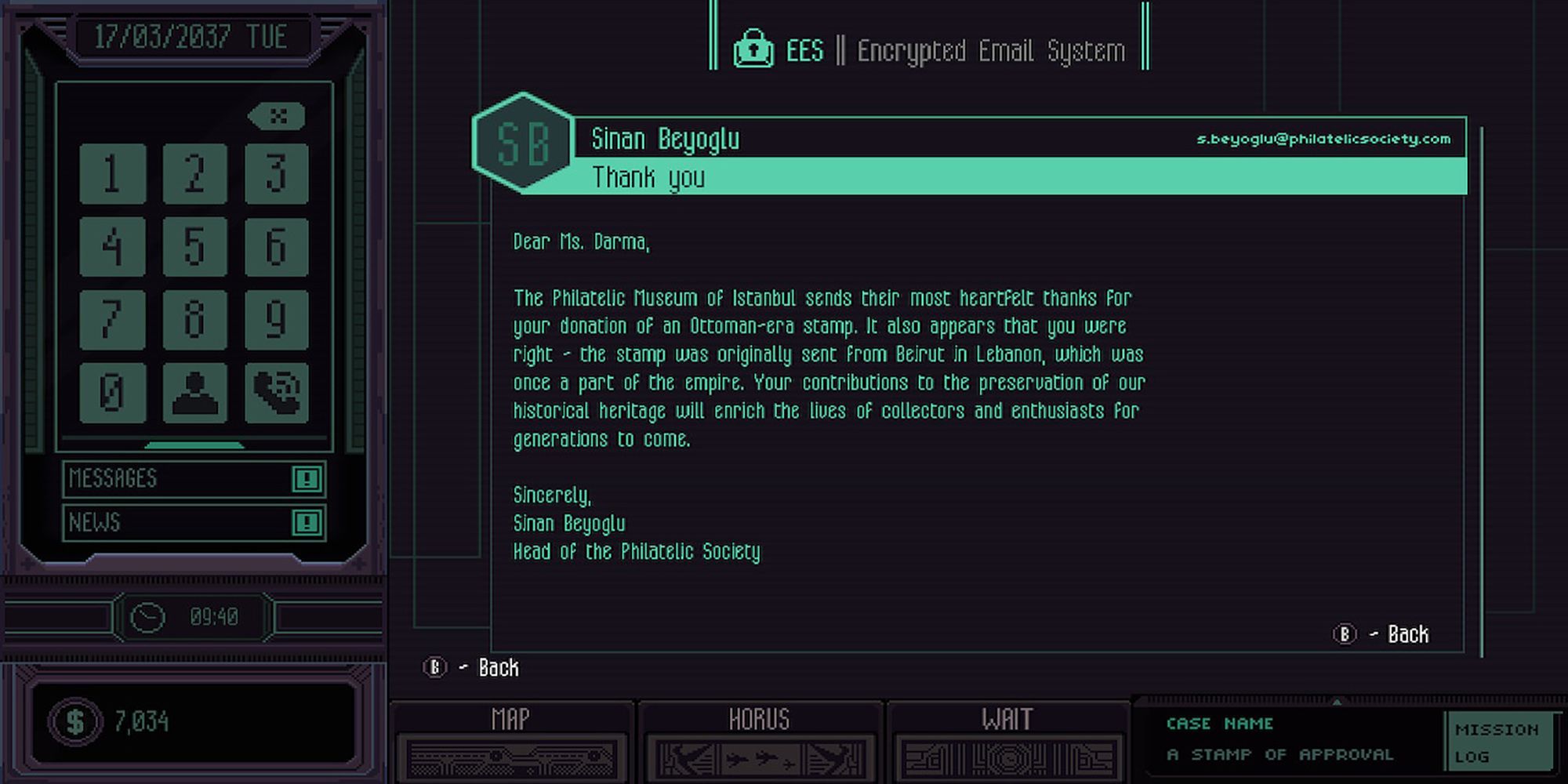 After reading the email, Amira will call Tiger Lily. Tiger Lily will thank her for a well-done job and invite her to her health club to meet the client who owns the stamps.

Where To Return The Second Set Of Stamps 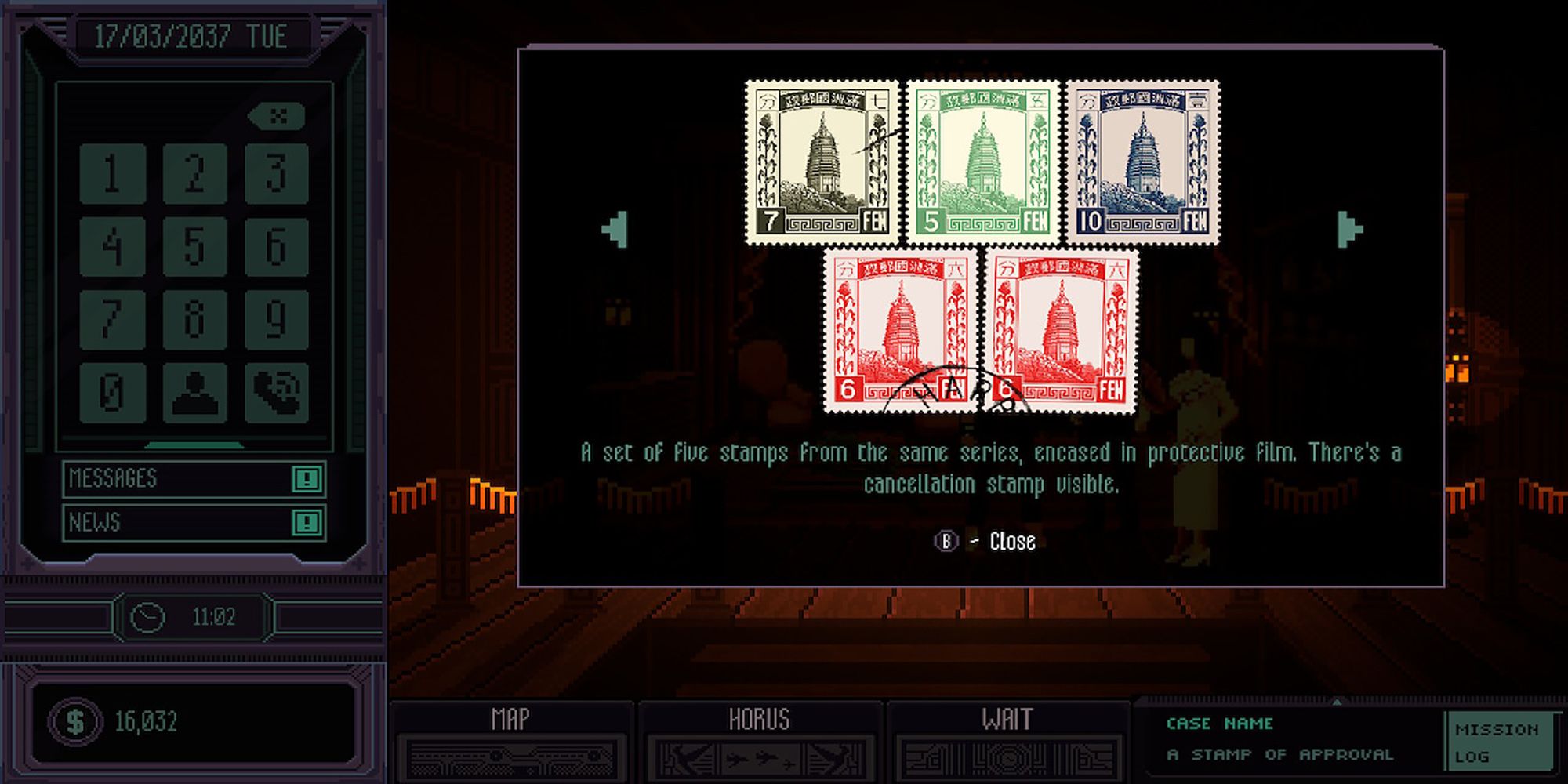 Before starting the second half of this case, you'll have to reconvene with Tiger Lily at her health club. To do this, enter the subway map and ride to Geylang. Once there, you'll see her health club, sitting at the center of the sidewalk. 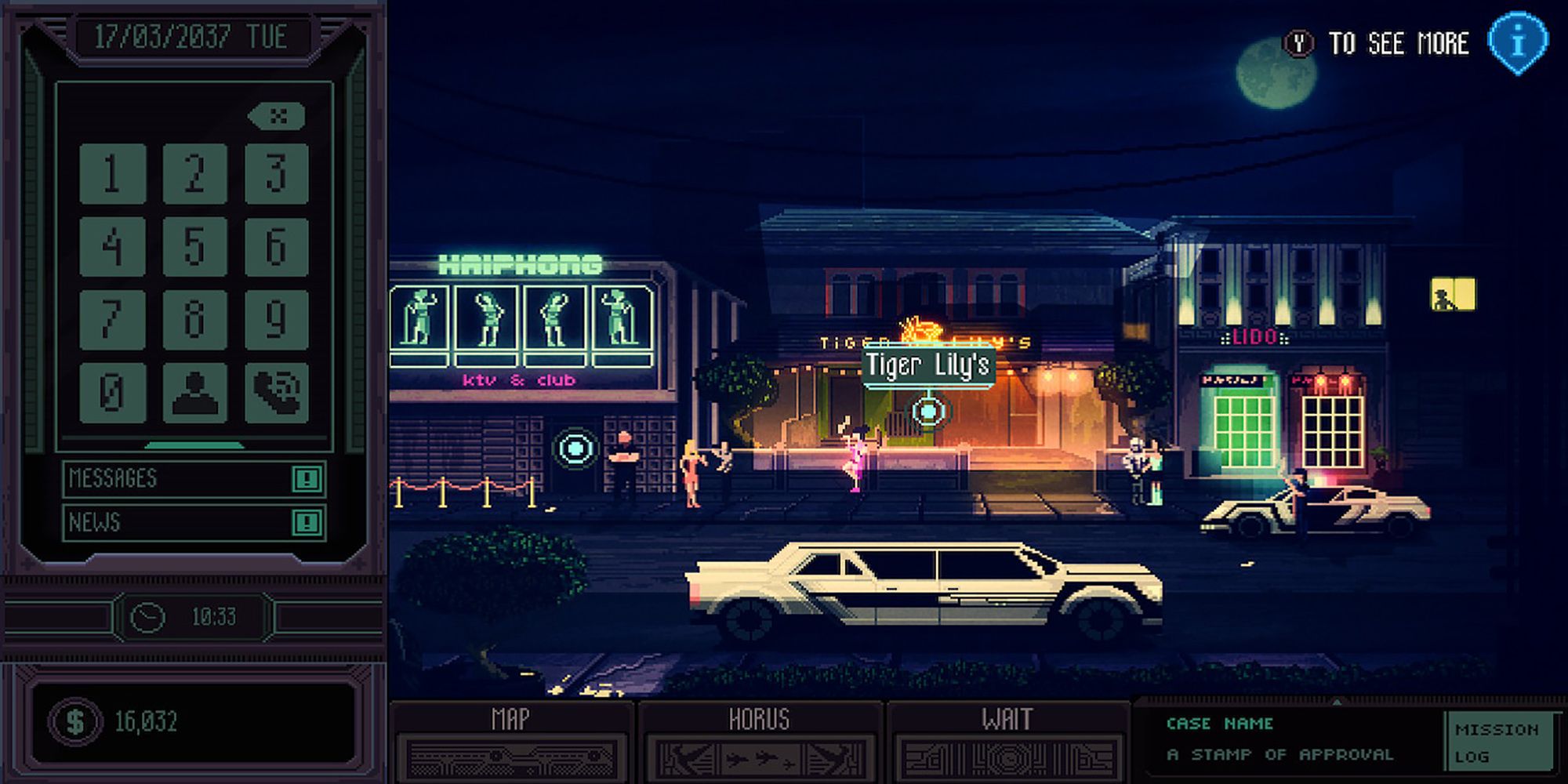 Upon entering the health club, Tiger Lily will introduce you to Lucas Yeo, the biological son of the figurehead of a cult-like religion growing exponentially in Singapore. Lucas regrets his connection to this harmful group and wishes to return the contents of his father's expensive stamp collection to their origin countries. 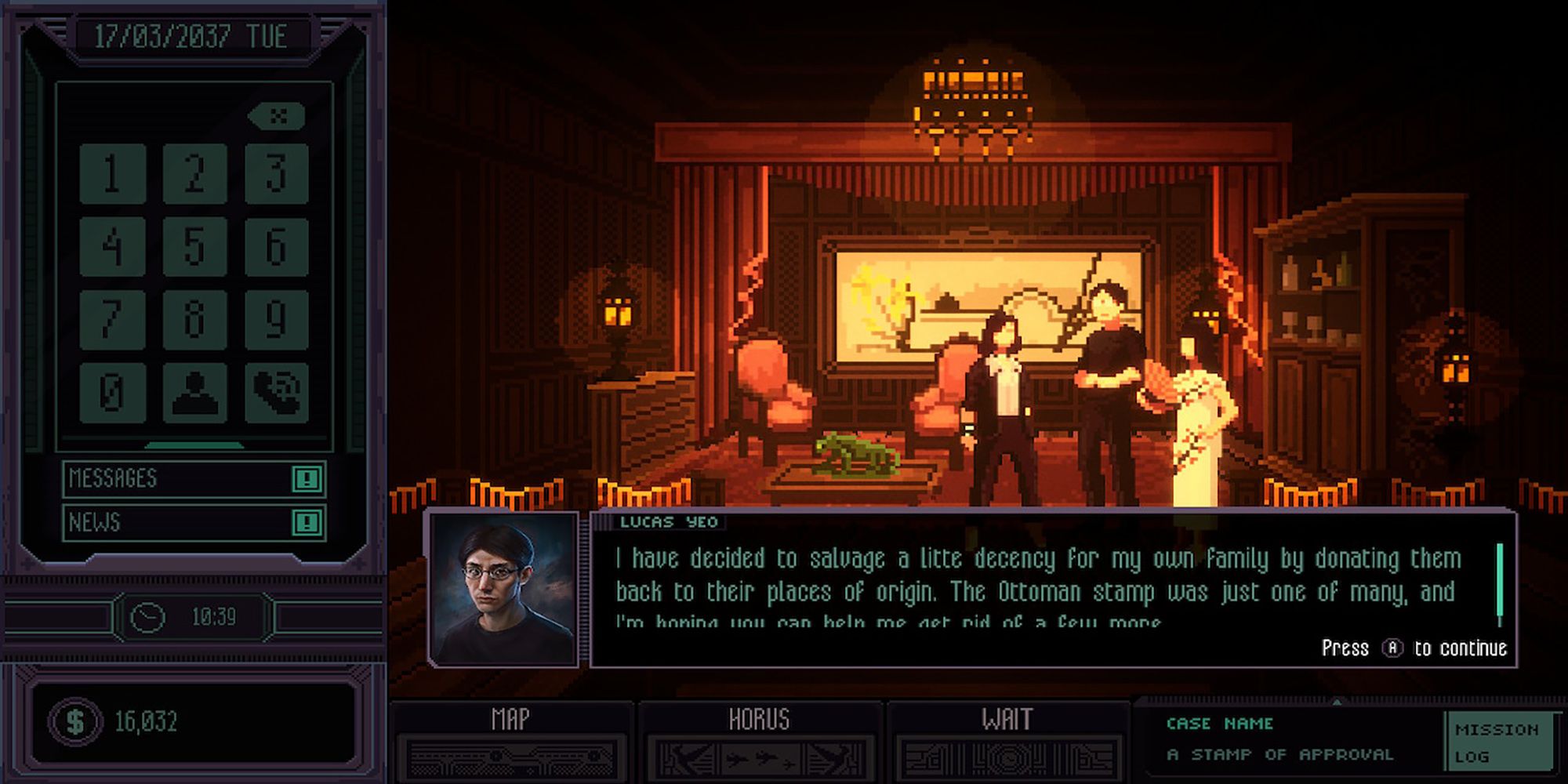 Then, Lucas will task you with returning two more sets of stamps. These missions have the same format that you've done before. You'll research the stamps, return them to the correct Philatelic Society, and inform each clerk of the origin city of the stamp.

This section of the case has a heavy emphasis on efficiency. After all, you are working with a budget limited by your last two compensations. Furthermore, each flight you book will significantly hit your wallet at five hundred dollars or more a pop.

Therefore, we recommend you do your research first and be confident before booking each flight. Neglecting to do so will cost you additional flights due to your misdirections. In turn, wait to return to Singapore after delivering each set of stamps. You can simultaneously collect emails from these two missions upon your return.

So let's start with this particular set of five stamps. There are five different colored stamps, each with a drawing of a tower. The stamps also have what appears to be kanji on the top border of the stamp. Lastly, the lower-left corner of these stamps contains a number, and the lower right corner contains the letters "FEN."

Upon further inspection, we discovered that the stamps are Chinese in origin from a period when Japan governed part of the country. 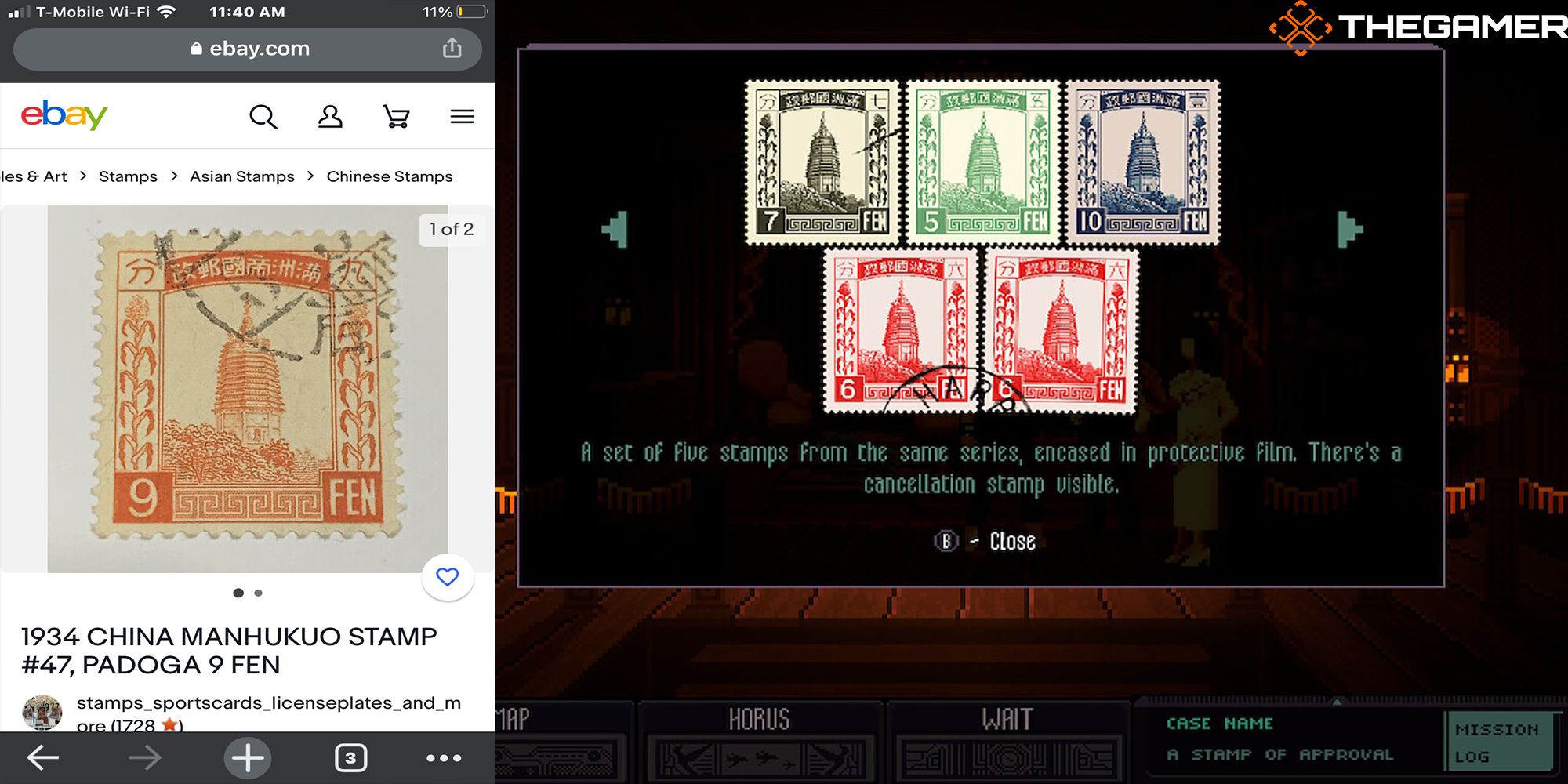 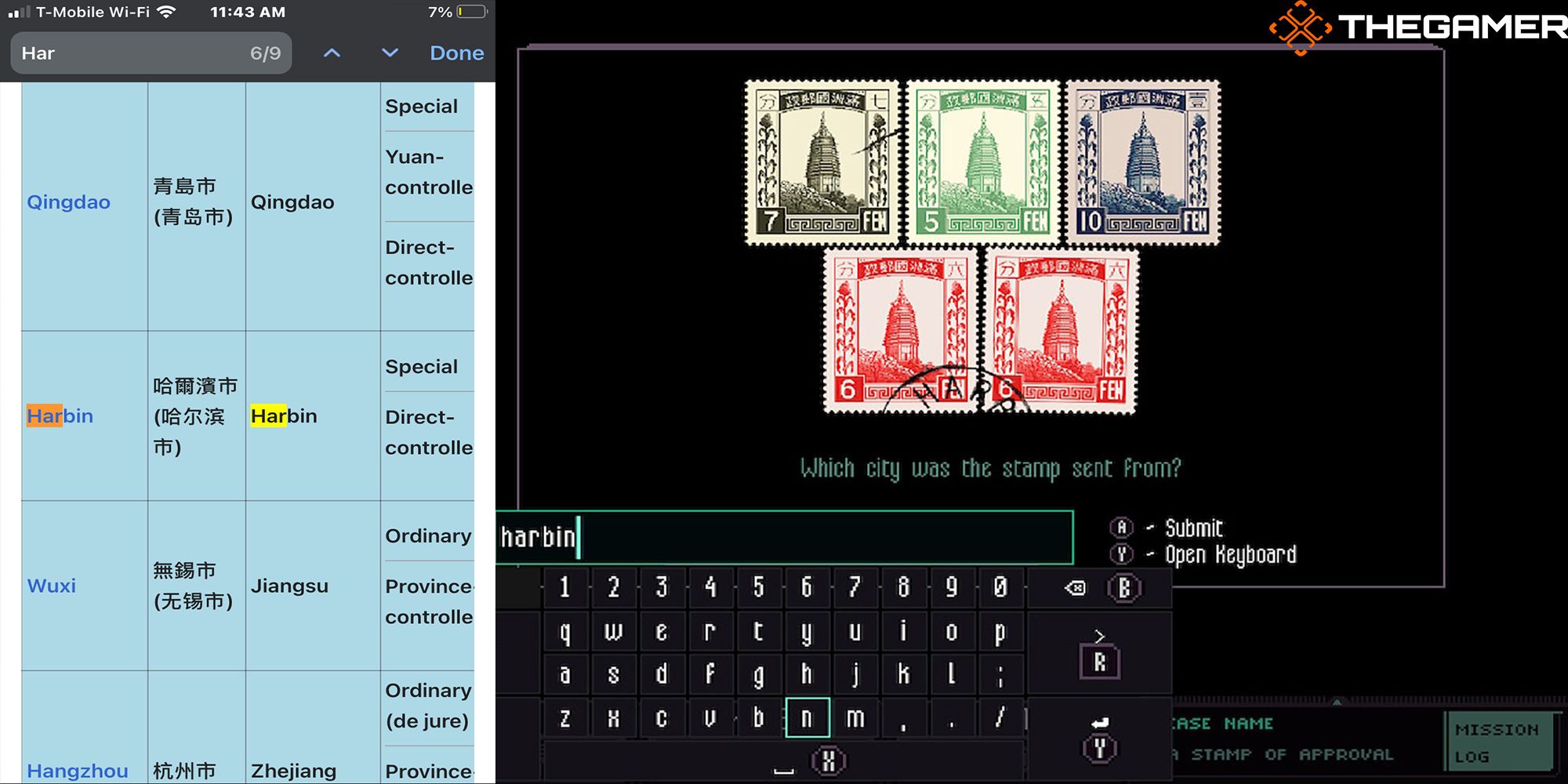 There are three Chinese airport locations in HORUS: Hong Kong, Chengdu, and Shanghai. You want to schedule a flight to Shanghai. In Shanghai, you can return the stamp and provide the information regarding the cancellation marking. 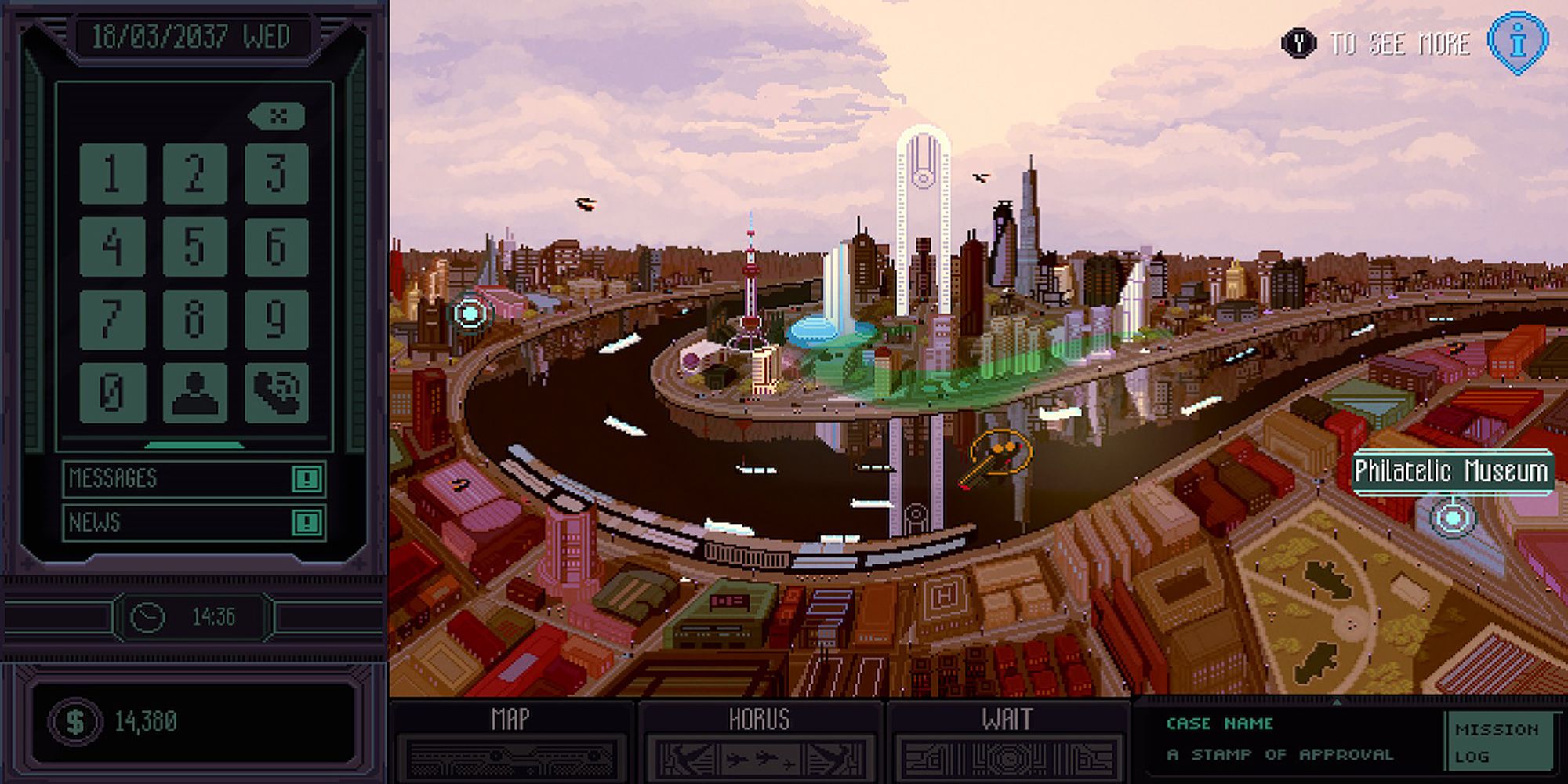 Where To Return The Third Set Of Stamps 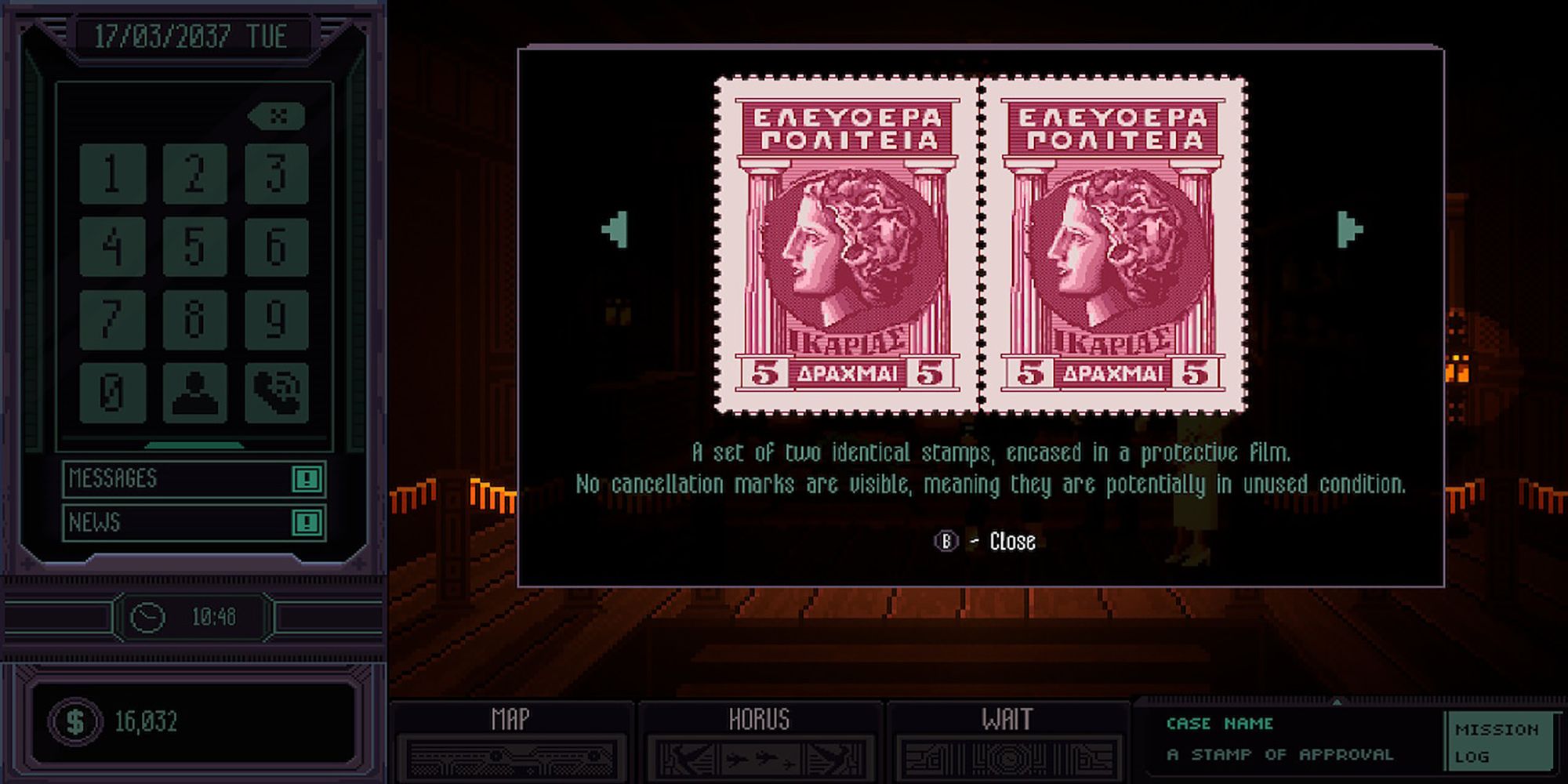 The other set of two identical stamps is more straightforward to return. But, again, there are two important clues to investigate. The first clue is the phrase at the top, "EAEYOEPA POAITEIA." The second is the phrase under the portrait, "IKAPIAE." 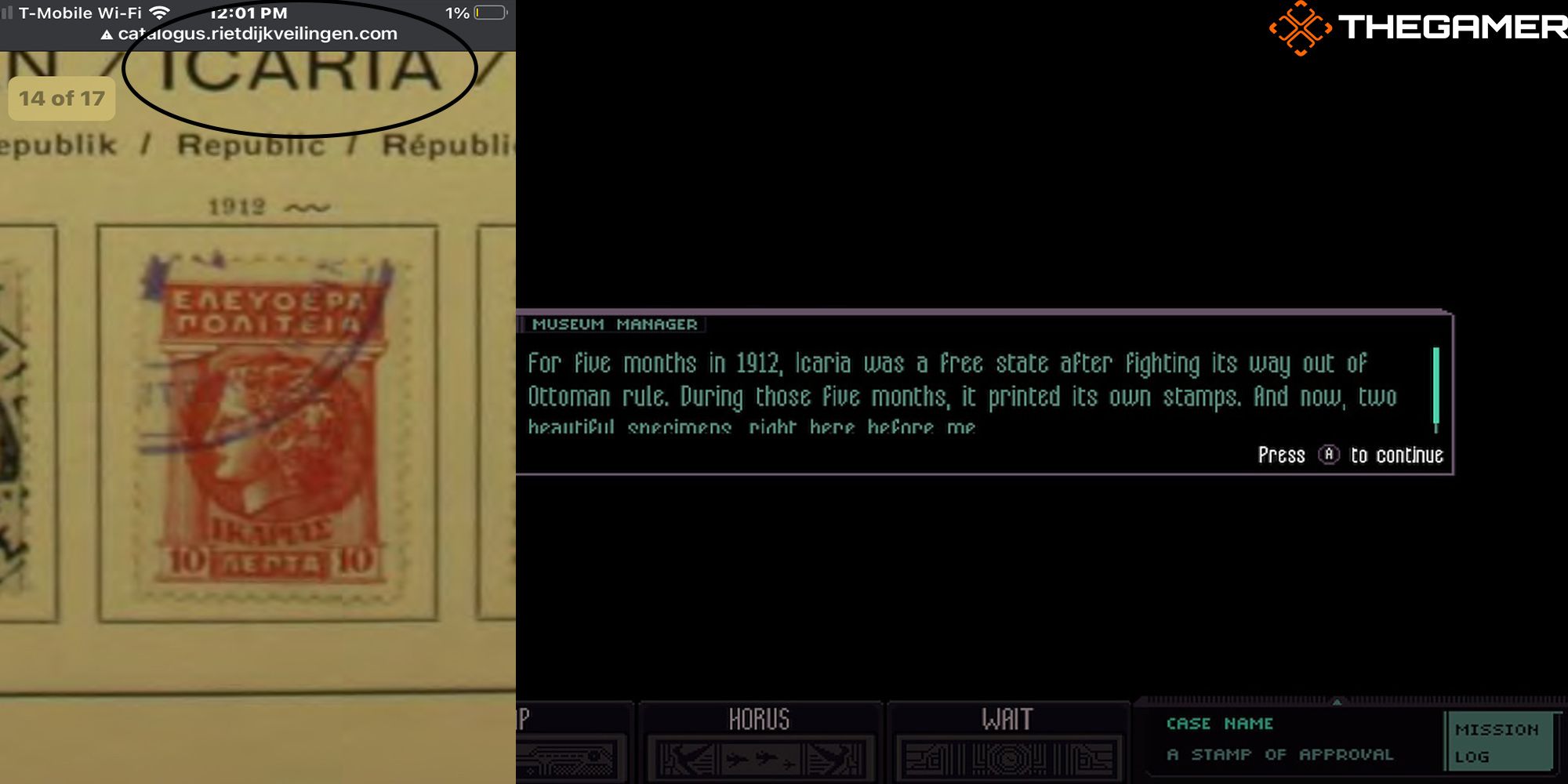 Researching both terms and the keyword "stamp" will likely connect you to sources that indicate this stamp is from Ikaria Island in Greece. From there, schedule a flight to Athens and return the stamp to the Philatelic Museum. 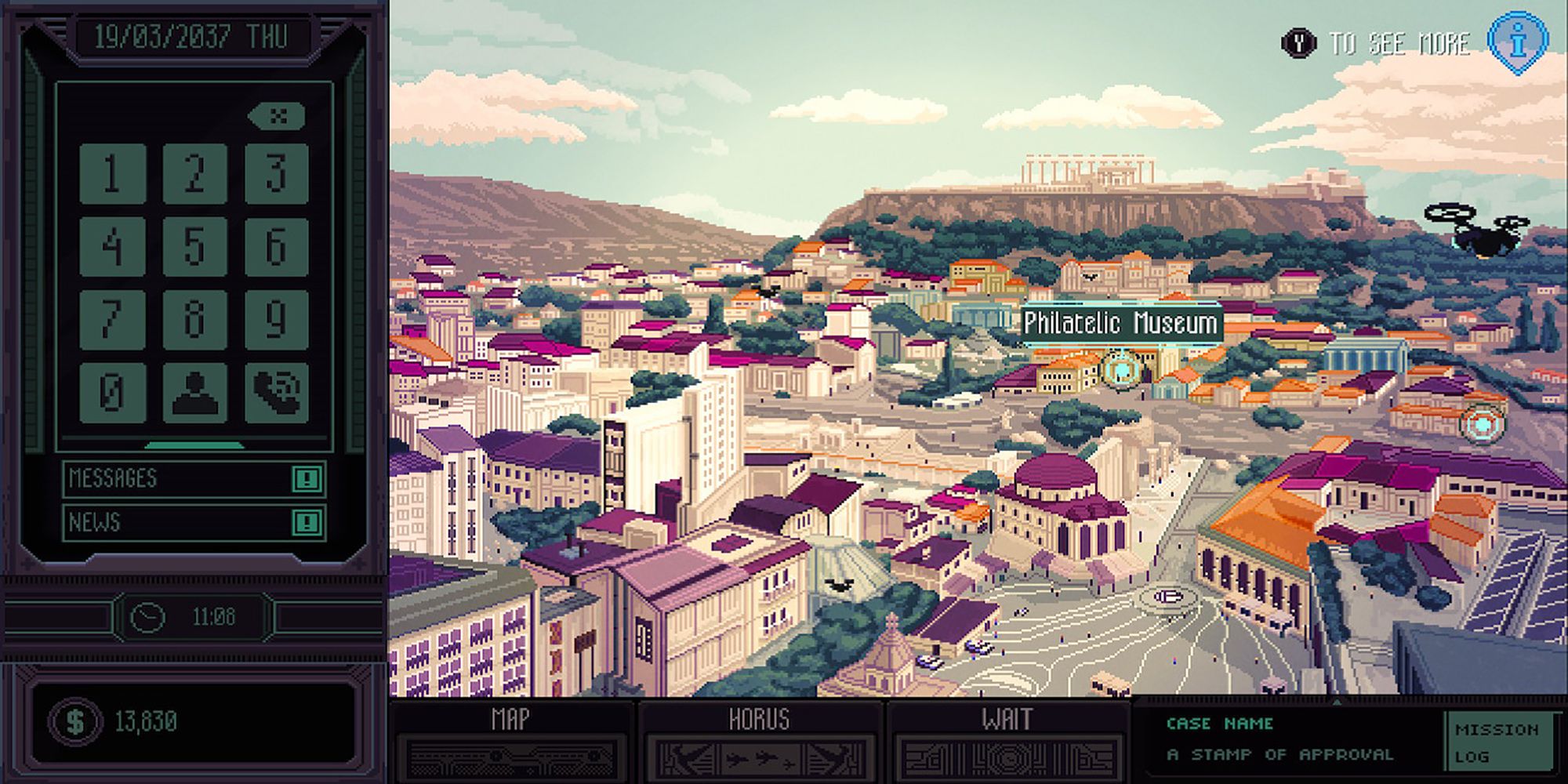 Once you check back at your office and retrieve the emails from each museum, Amira will relay the information to Tiger Lily, and you'll get compensated for your hard work. 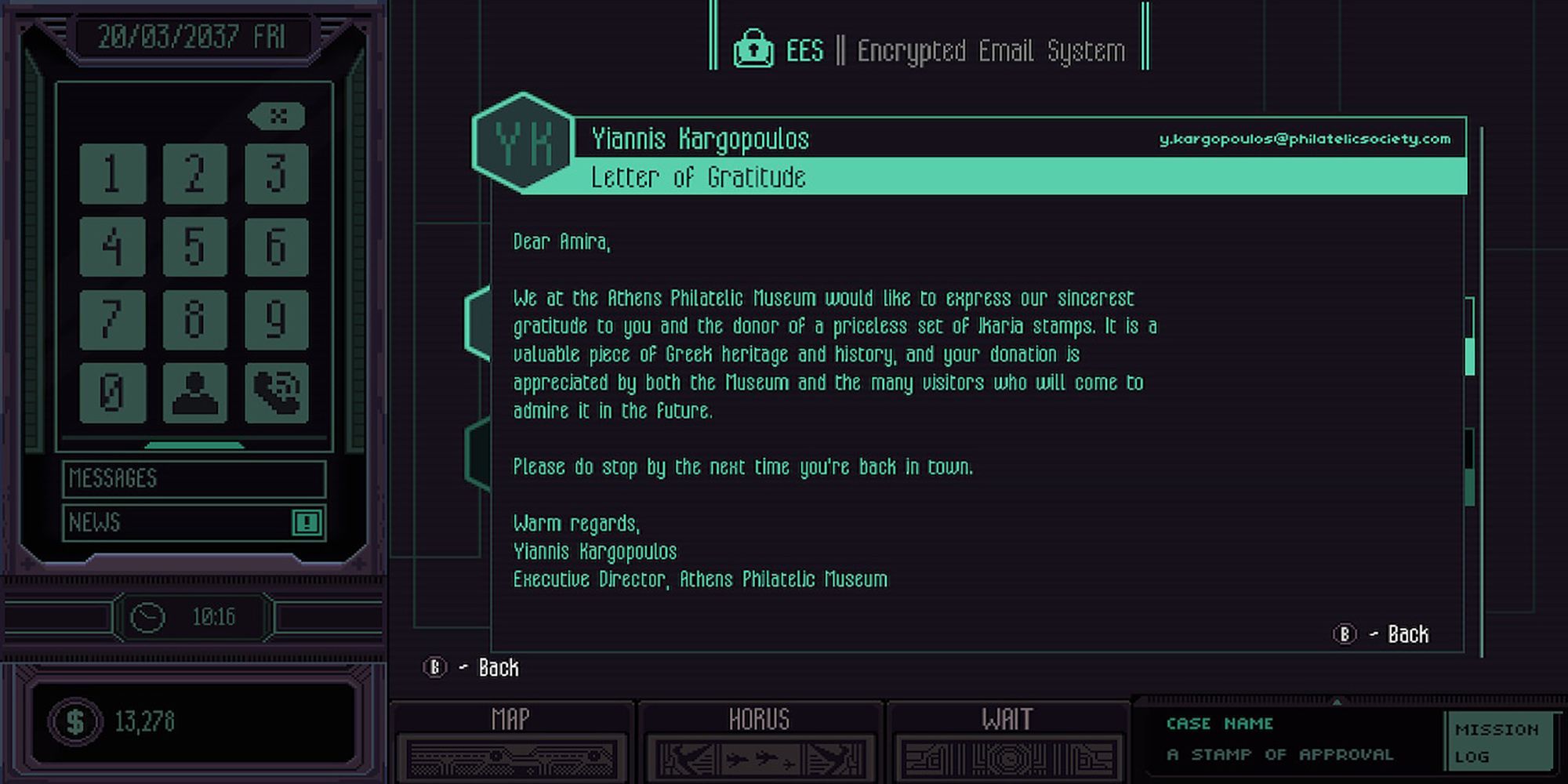 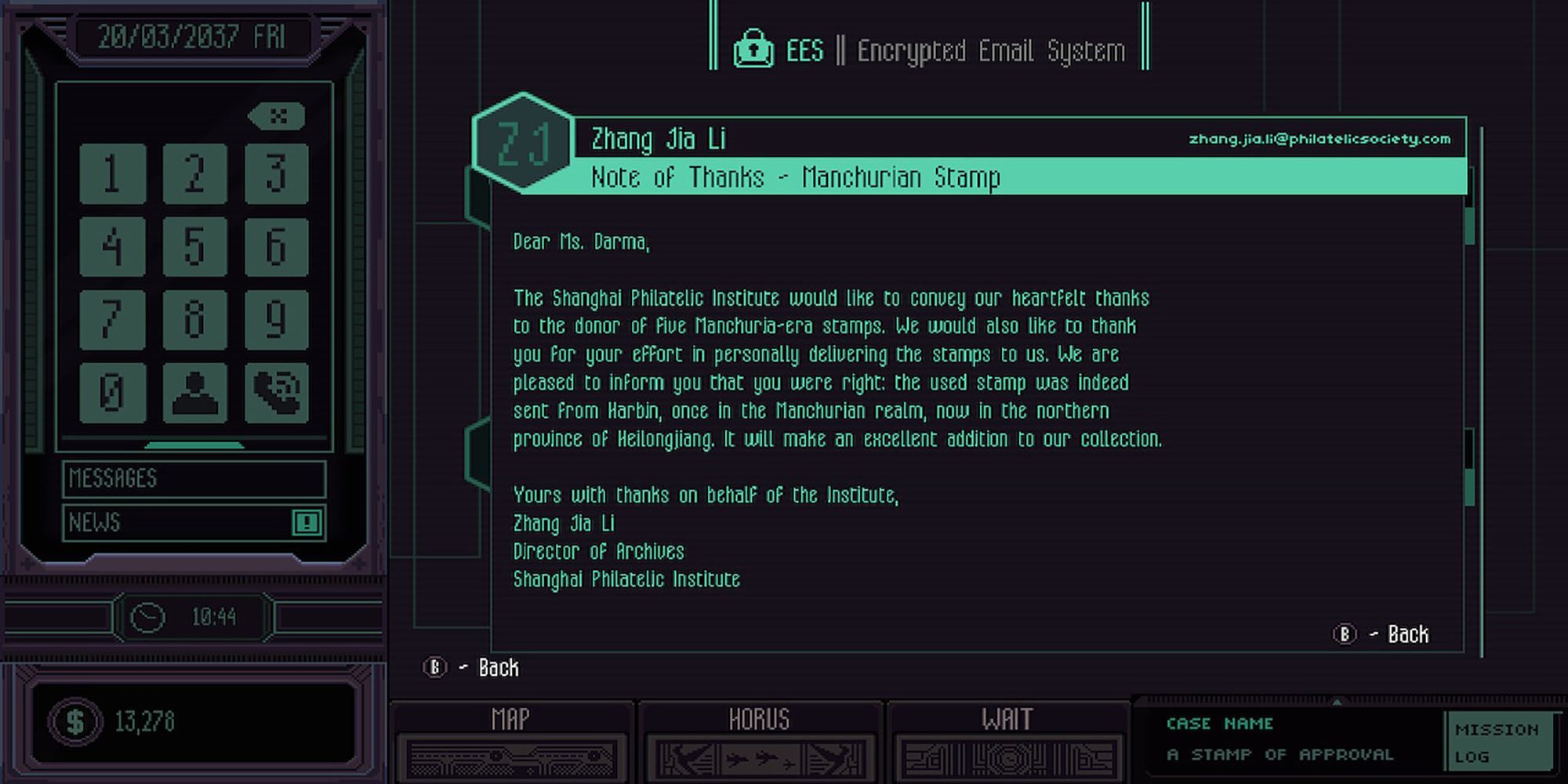