The story of Final Fantasy VII Remake will expand upon the concept of the original game, which means that the famous moment where Cloud jumps onto the train will be more exciting.

In Final Fantasy VII, the members of AVALANCHE split up after the initial bombing mission and find their own way to a nearby train, so that they can regroup at the 7th Heaven bar. Cloud has to fight or flee from three groups of soldiers, before being cornered on a bridge. Cloud leaves from the bridge and lands on top of a train, shifting to an FMV sequence showing him standing on top as it enters a tunnel.

Related: Sephiroth From Final Fantasy VII Was Inspired By The Movie Jaws 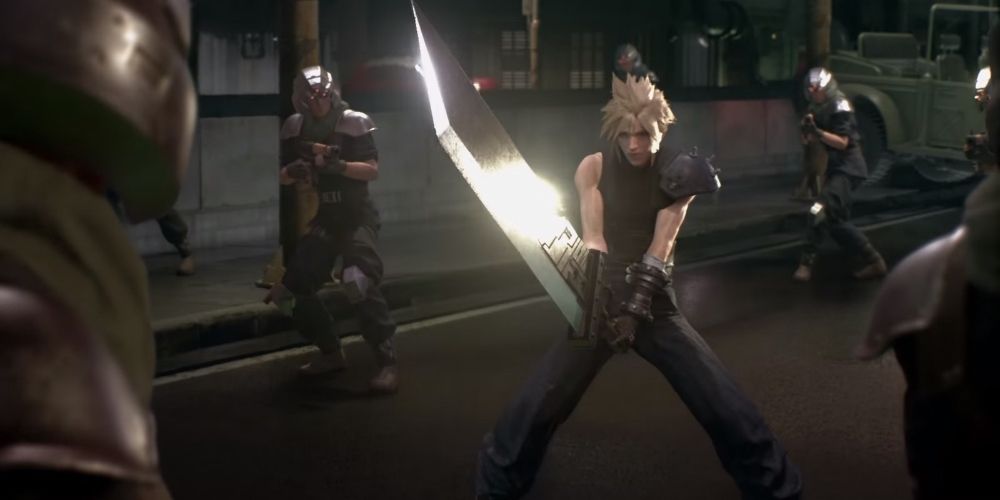 Cloud will now be pursued through the streets of Midgar by Shinra troops before making it to the train, in a scene that is meant to be more intense than the one in Final Fantasy VII, where the developers were limited by the technology of the original PlayStation. Co-director Naoki Hamaguchi has discussed the changes and the reasoning behind them.

“I’ve considered the following phrase important: respect for the original,” he said. “FINAL FANTASY VII REMAKE takes on the challenge of creating something… that matches the current generation, while treating the captivating elements of the original game with respect. For those who’ve played it: new but familiar.”

Final Fantasy VII Remake will only cover the Midgar section of the original game, but it will expand the story in order to make it a full-length adventure. There are some fans who have shown skepticism regarding this decision, as it’s felt that Midgar worked so well in the original game because it wasn’t bloated and only had exciting and memorable moments as a result. The fans won’t have long to wait to find out, as Final Fantasy VII Remake will be released in a few weeks, so we’ll soon see if Square Enix managed to improve upon the original, or if they dropped the ball.

Final Fantasy VII Remake will be available for PlayStation 4 on April 10, 2020.