Cult of the Lamb, the roguelite hit from Massive Monster games, is immediately managing to cement itself as an icon of the genre. Devolver Digital really knows how to pick what games to publish, as this adorably dark game seems to be well-received so far.

The game has four "dungeons" in it, Darkwood, Anura, Anchordeep, and Silk's Cradle. Each one of these dungeons has one of the game's four main heretical antagonists at the end. Today, let's look at the boss you'll likely fight third, Bishop Kallamar, the Heretic of Anchordeep, and how to beat him. 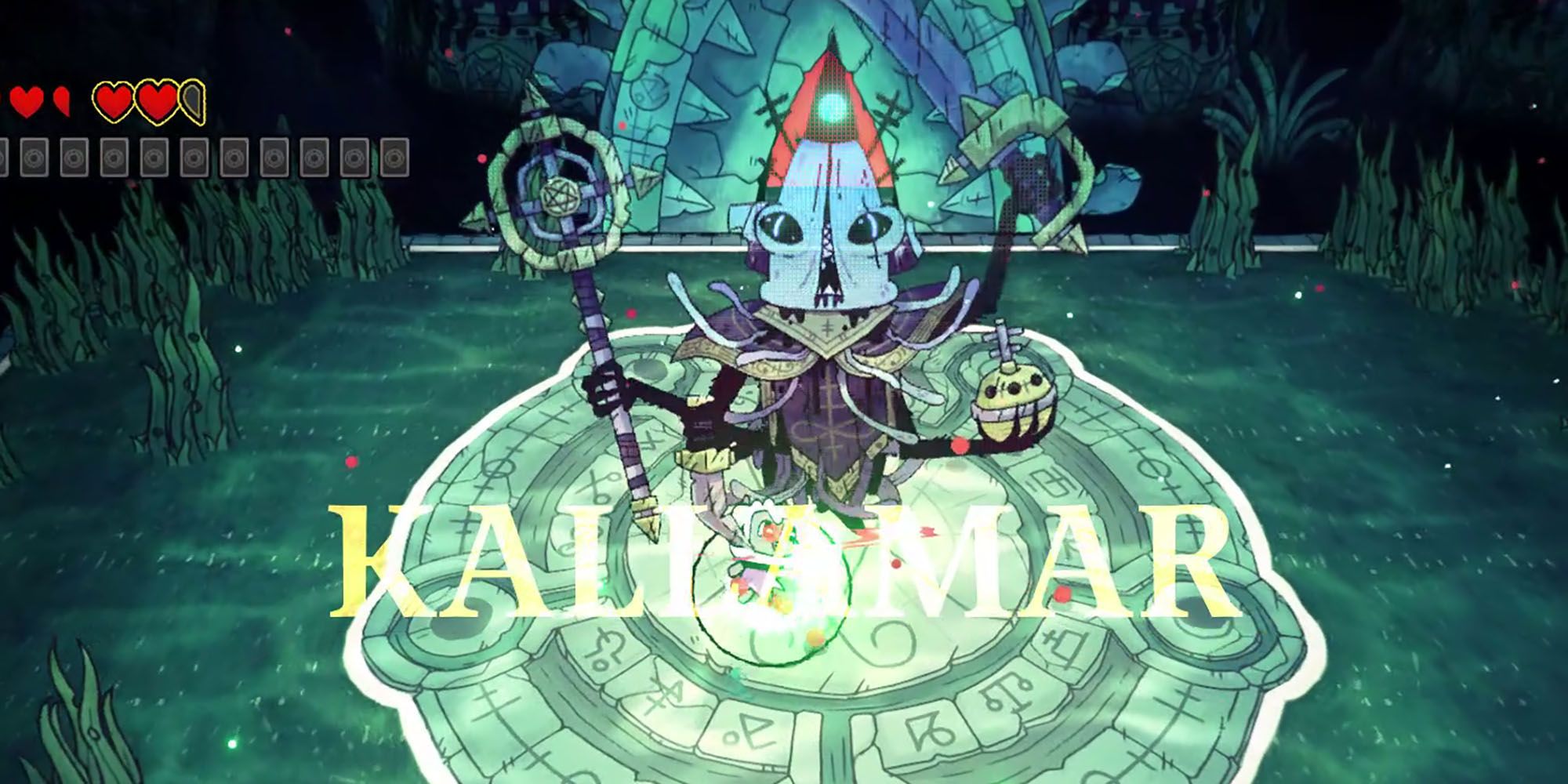 Kallamar is the final boss of the game's Third Dungeon and is quite honestly probably one of, if not the most difficult boss in the game overall. As a character, Kallamar is essentially a twist on the Horseman of "Pestilence" as he inflicts a plague on the Lamb's Cult as they progress through Anchordeep. Also, surprisingly, Kallamar is pretty cowardly when it comes to talking about The One Who Waits, especially for an ancient eldritch "god."

This overblown and earless hunk of calamari holds four different weapons as he fights, a Staff, a Dagger, a Sword, and a Cruciger. For those confused, a Globus Cruciger has roots in Christianity and is basically a "staff-bearing orb" that shows one's authority in the faith. Now, each weapon has a different attack pattern tied to it and have visual tells when being used. 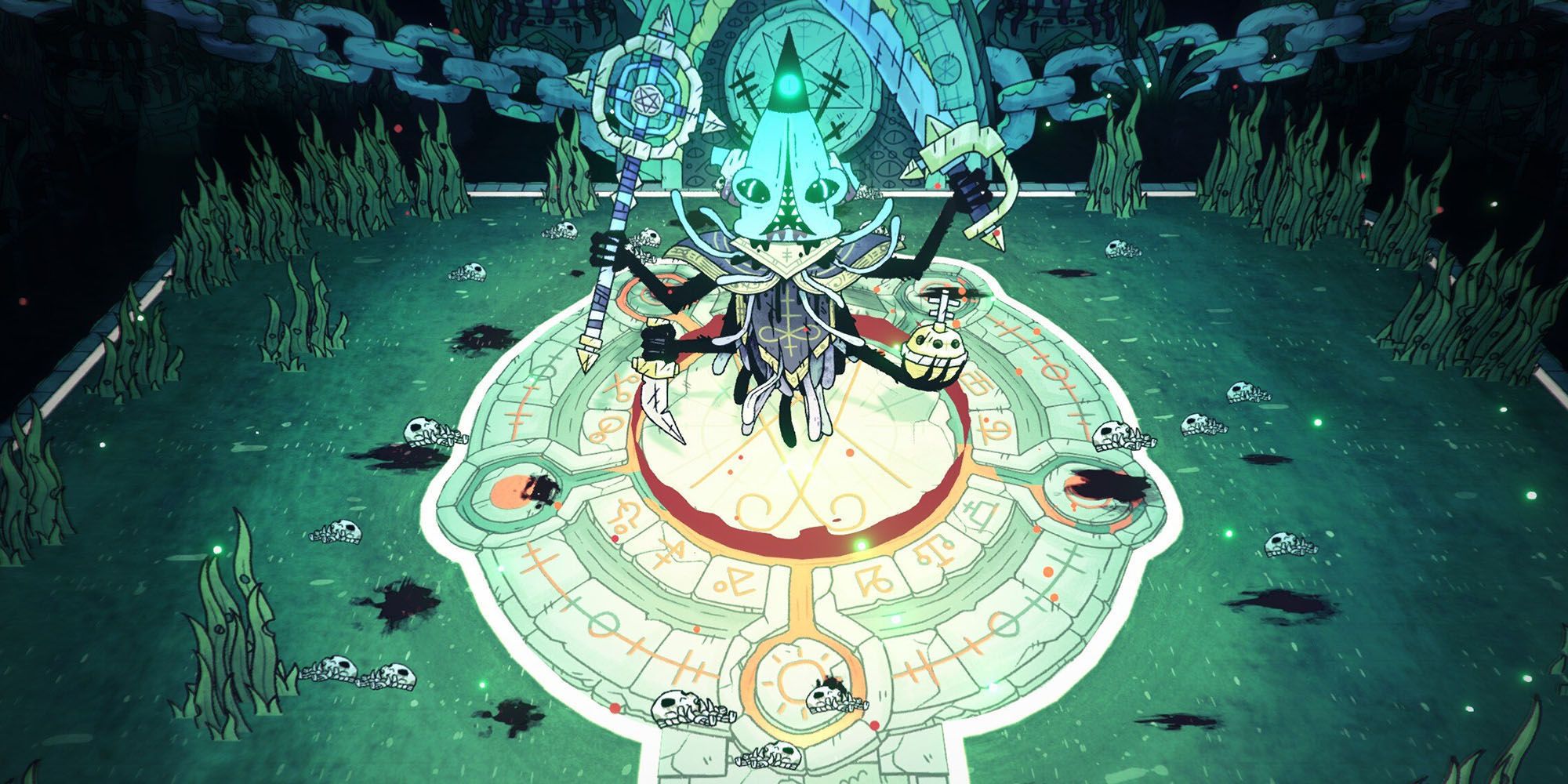 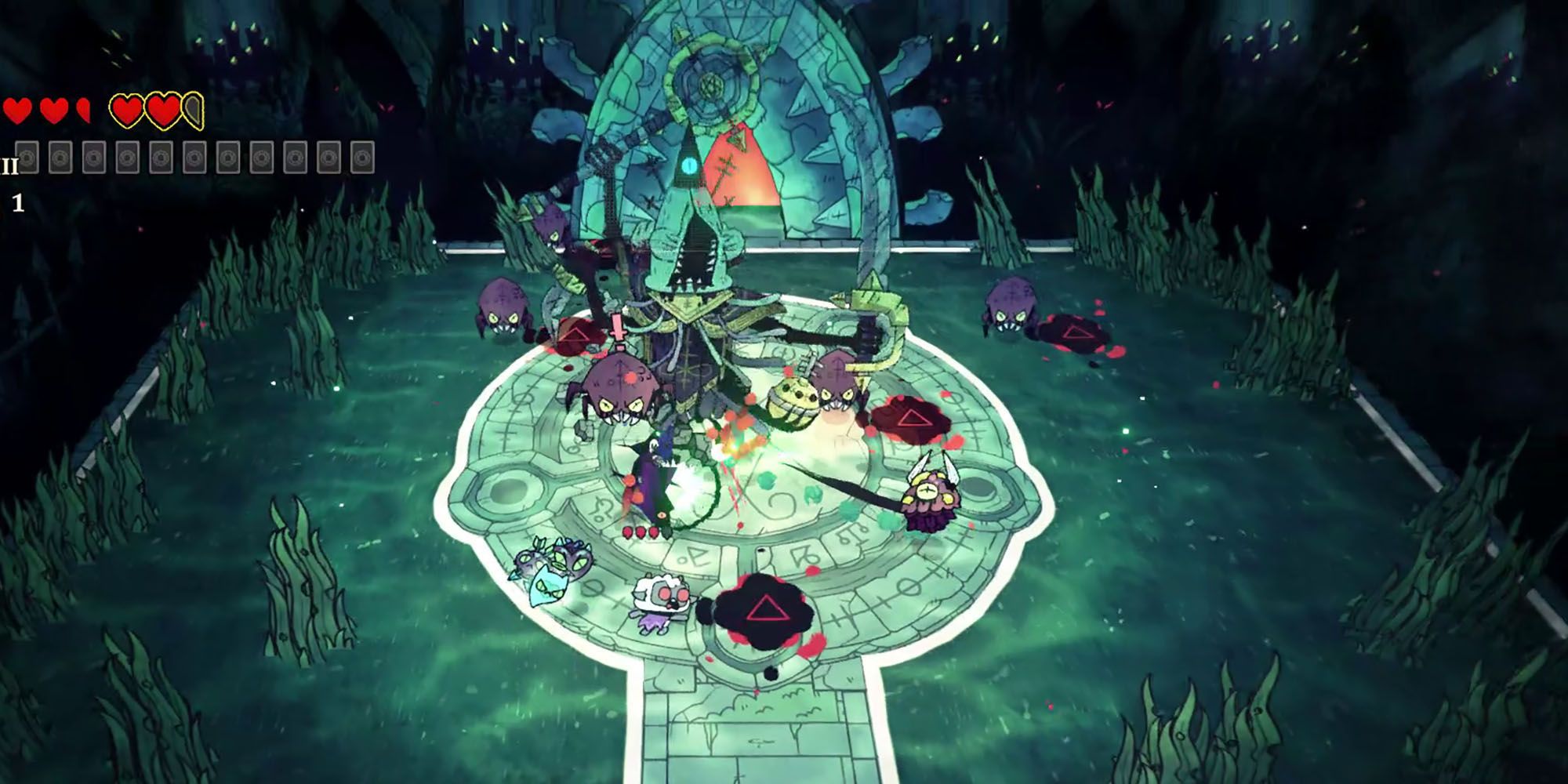 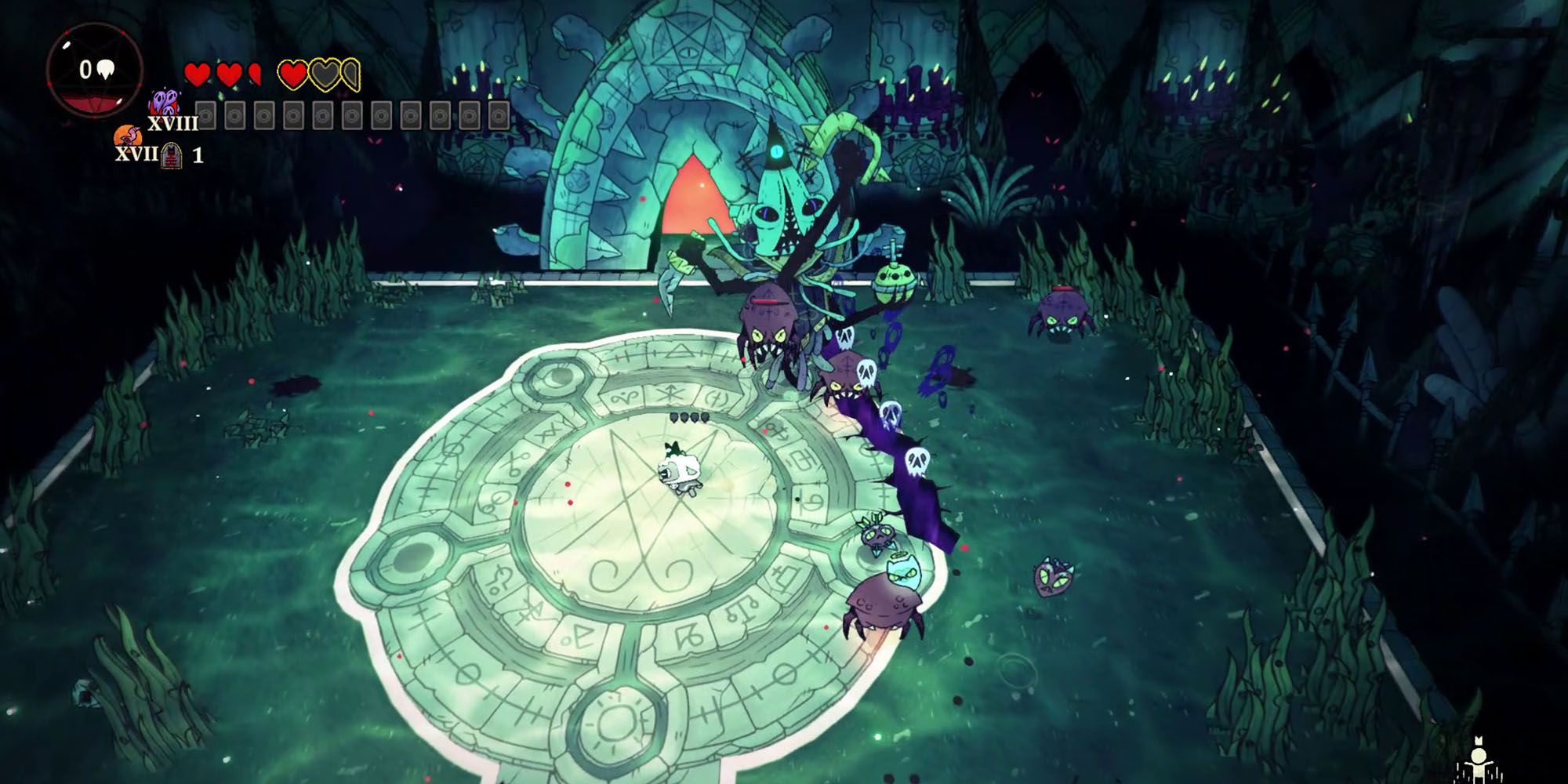 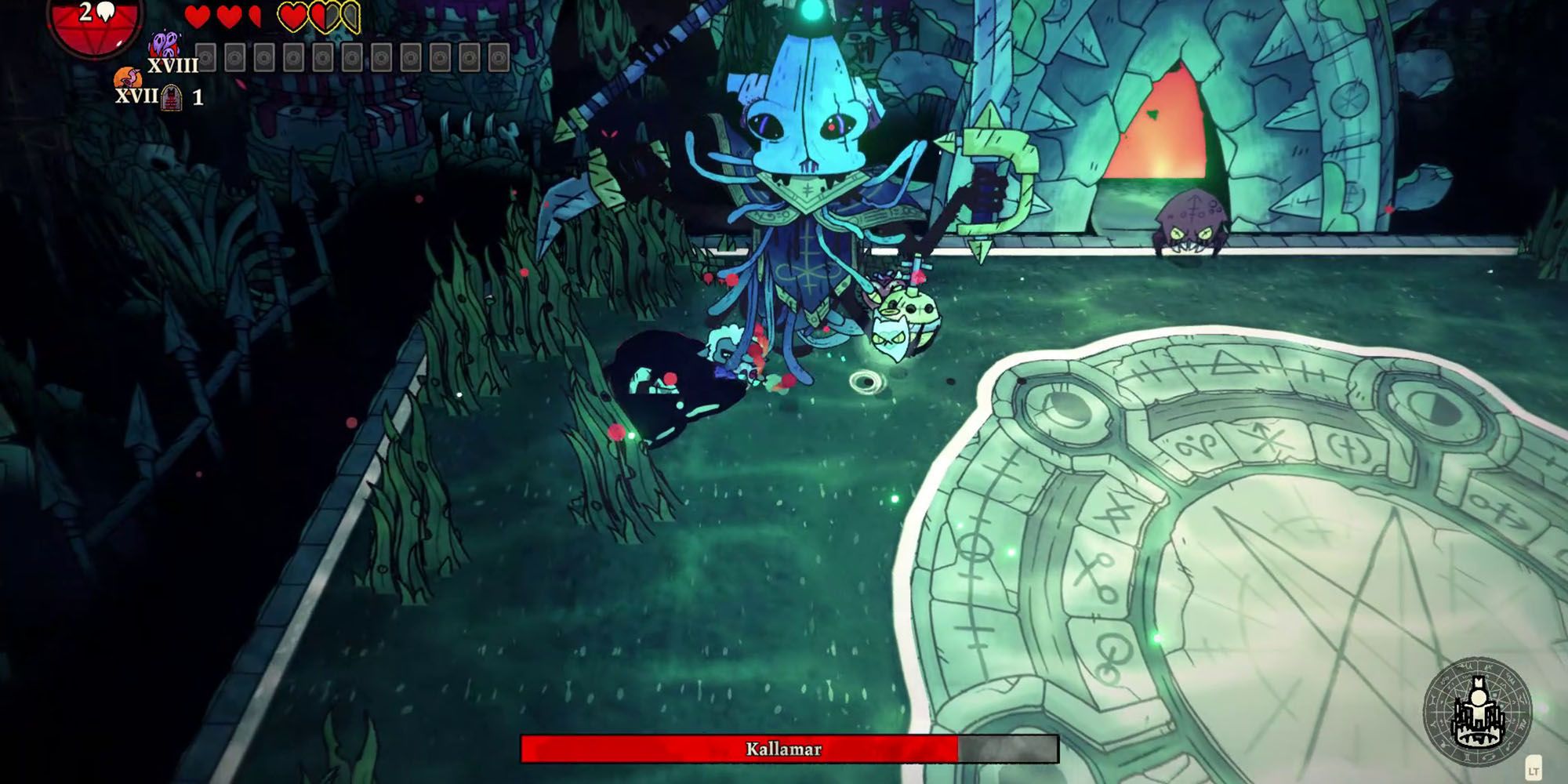 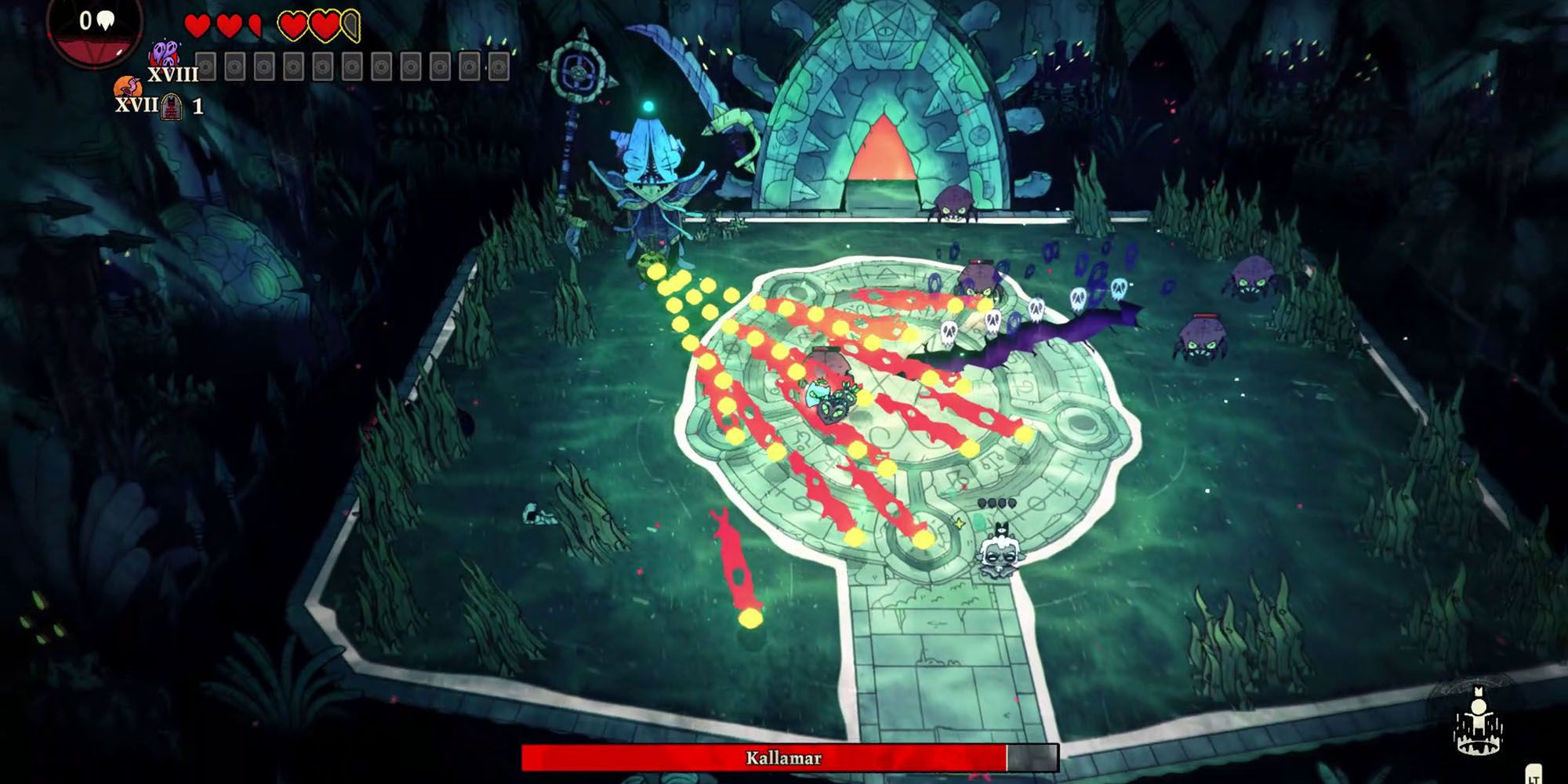 Kallamar has many different attacks compared to the other Bishops and especially to the smaller Bosses in the game, thanks to the four different weapons he uses. As such, he can feel a bit overwhelming a first, but you just need to keep an eye on his windups. This squid-like Heretic has moves such as: 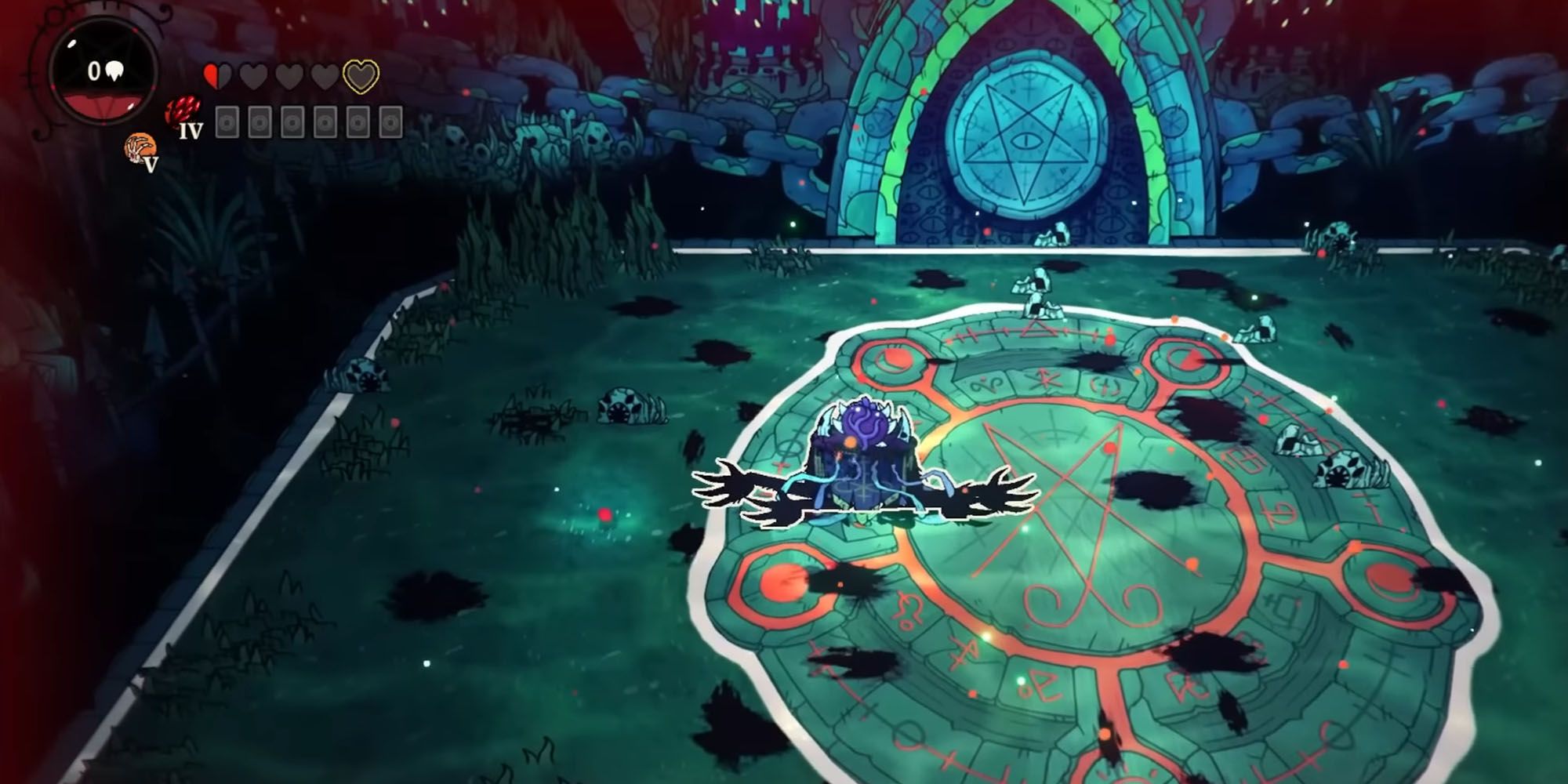 Now, in general, tips for Cult of the Lamb boss fights boil down to re-phrasing two "core" concepts in different ways. These concepts are:

These same tips apply to the Kallamar fight as well. But specific tips include:

Just remember, unlike other bosses or enemies, Heretics don't get poisoned from Bane Weapons, don't stagger, and are really just based around learning their attack telegraphs and responding accordingly.